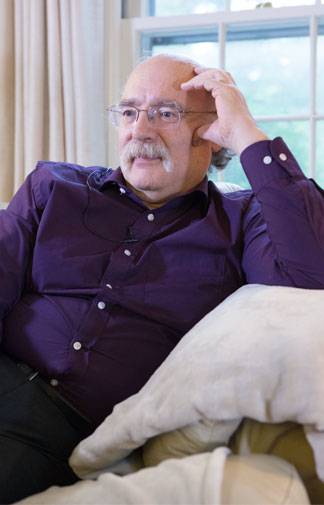 Princeton University professor F. Duncan Haldane has been awarded the 2016 Nobel Prize in Physics "for theoretical discoveries of topological phase transitions and topological phases of matter."

Princeton University professor F. Duncan Haldane has been awarded the 2016 Nobel Prize in Physics "for theoretical discoveries of topological phase transitions and topological phases of matter."

Haldane, the Eugene Higgins Professor of Physics who joined the Princeton faculty in 1990, shares the prize with David Thouless of the University of Washington and J. Michael Kosterlitz of Brown University.

"They have used advanced mathematical methods to study unusual phases, or states, of matter, such as superconductors, superfluids or thin magnetic films," the Royal Swedish Academy of Sciences said in announcing the award.

"I was very surprised and very gratified," the professor said during the Nobel news conference.

(Video of the news conference held at Princeton on Oct. 4 is posted on Princeton's Media Central website.)

Kosterlitz was a visiting professor at Princeton in 1978.

Haldane said in an interview that it was "the usual thing" when he received notification of his award: a call from Sweden awakened him at home around 4:30 a.m. Princeton time.

"My work was a kind of sleeper," he said. "It was a very theoretical thing. ... It didn't become such a big deal until my work got extended" by other scientists.

On the nature of discovery, he said: "All these things are things that no one expects. You stumble over something and then you find the big picture after."

Haldane earned his B.A. in 1973 and Ph.D. in 1978, both from the University of Cambridge. From 1977 to 1981 he was a physicist at Institut Laue-Langevin in Grenoble, France. He joined the faculty at the University of Southern California in 1981. He served as a member of the technical staff at AT&T Bell Laboratories, Murray Hill from 1985 to 1988, and was a professor at the University of California-San Diego from 1986 to 1992. He was elected a fellow of the American Physical Society in 1986 and awarded a Sloan Foundation fellowship from 1984 to 1988.

Members of the media: If you have a request about the Nobel Prize winner, please send an email to newsmedia@princeton.edu and type in the subject line the words "Nobel prize." Check the University homepage for updates throughout the day, and please view our media kit for more information. 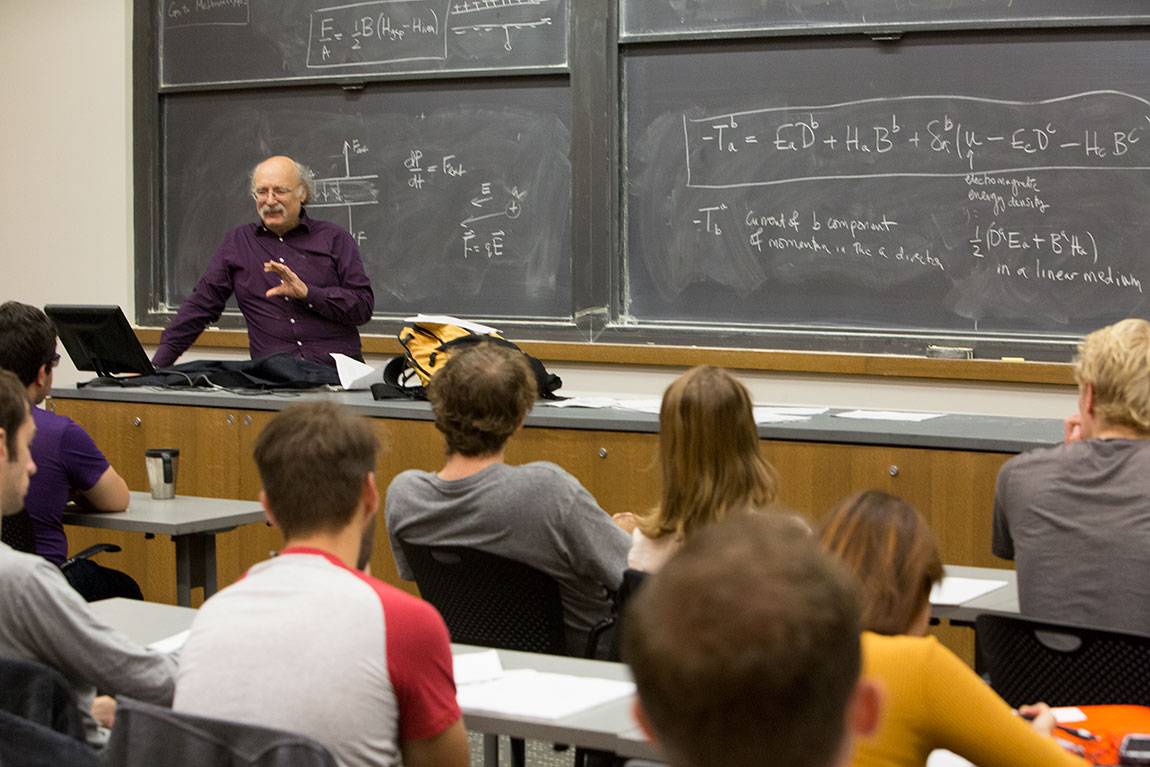 Haldane in Princeton's Jadwin Hall Tuesday morning teaching his first class as a Nobel laureate, "Electromagnetism: Principles and Problem Solving." As Haldane entered the room, his students erupted in applause and cheers. 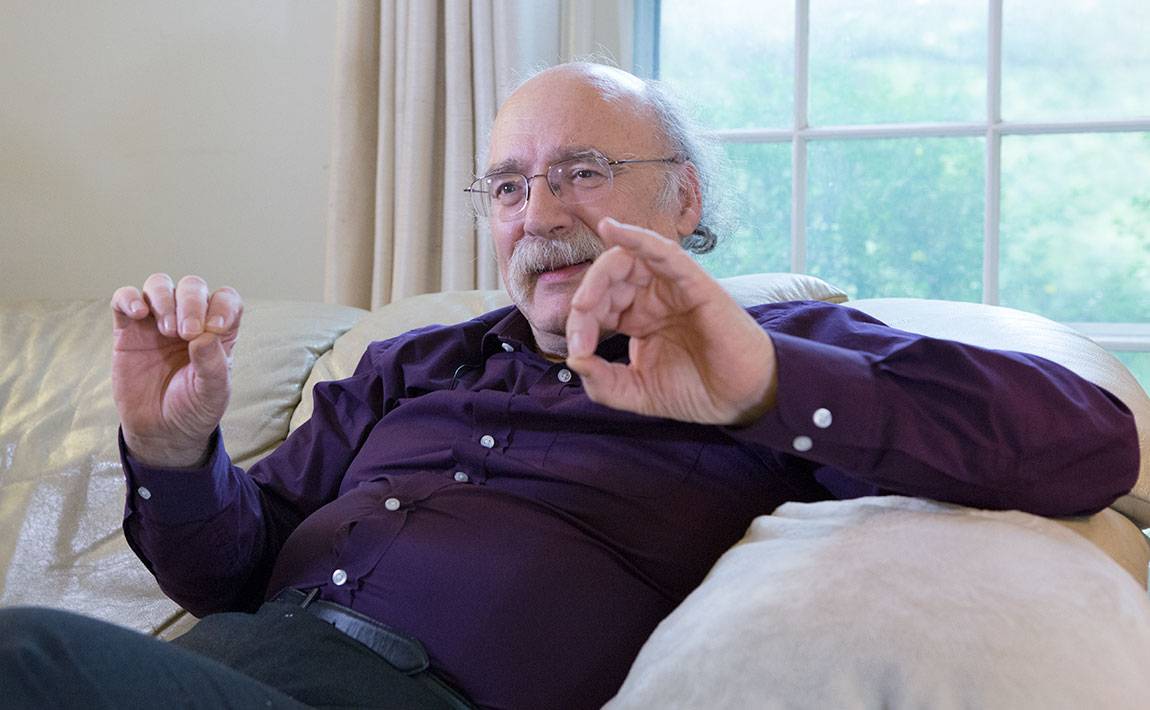 Haldane said the Nobel Prize he shares reinforces the importance of theoretical physics. He struggled to have his early work published in the 1980s because it bucked conventional wisdom at the time regarding how matter behaved. In the past decade, however, the field of topological materials and condensed matter physics has “exploded” after scientists were able to create materials exhibiting the properties Haldane had modeled, he said. 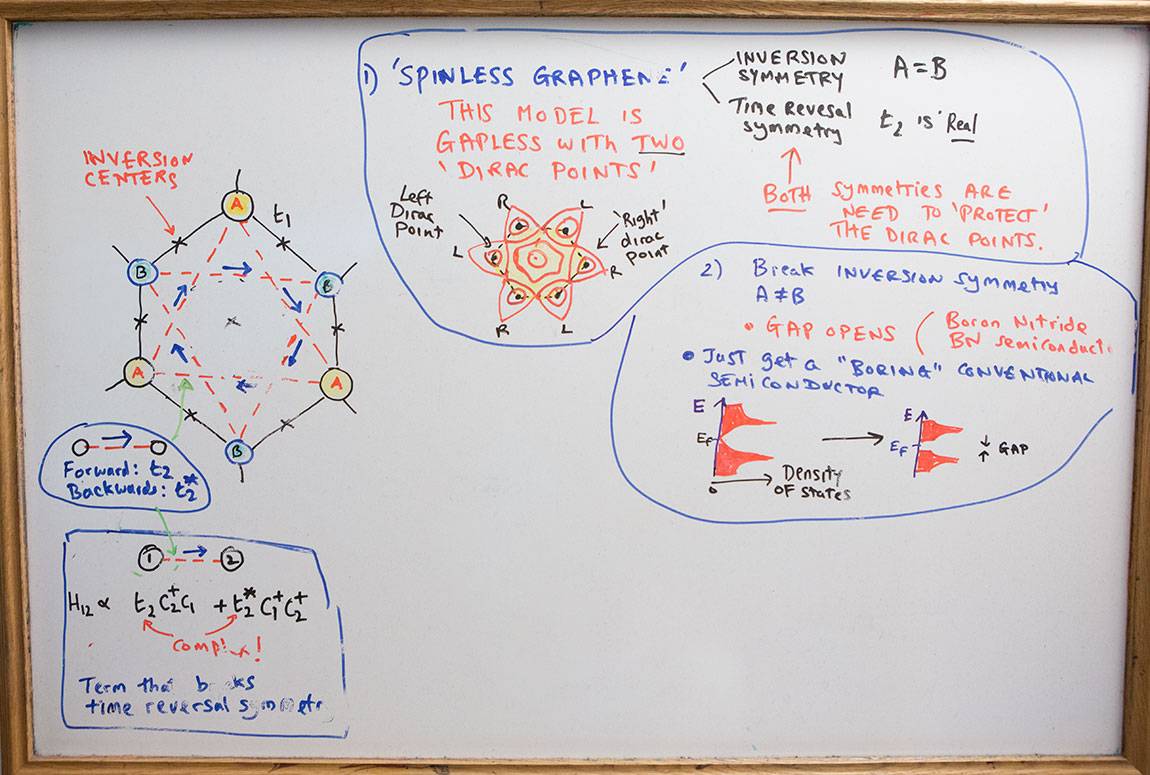 Haldane keeps a whiteboard at home with his work drawn out on it. Key papers he wrote explored and modeled — in one- and two-dimensional forms — the meeting point of normal matter and topological matter, a zone of great stability and efficient particle flow. The work could be the basis for finally realizing quantum computing. 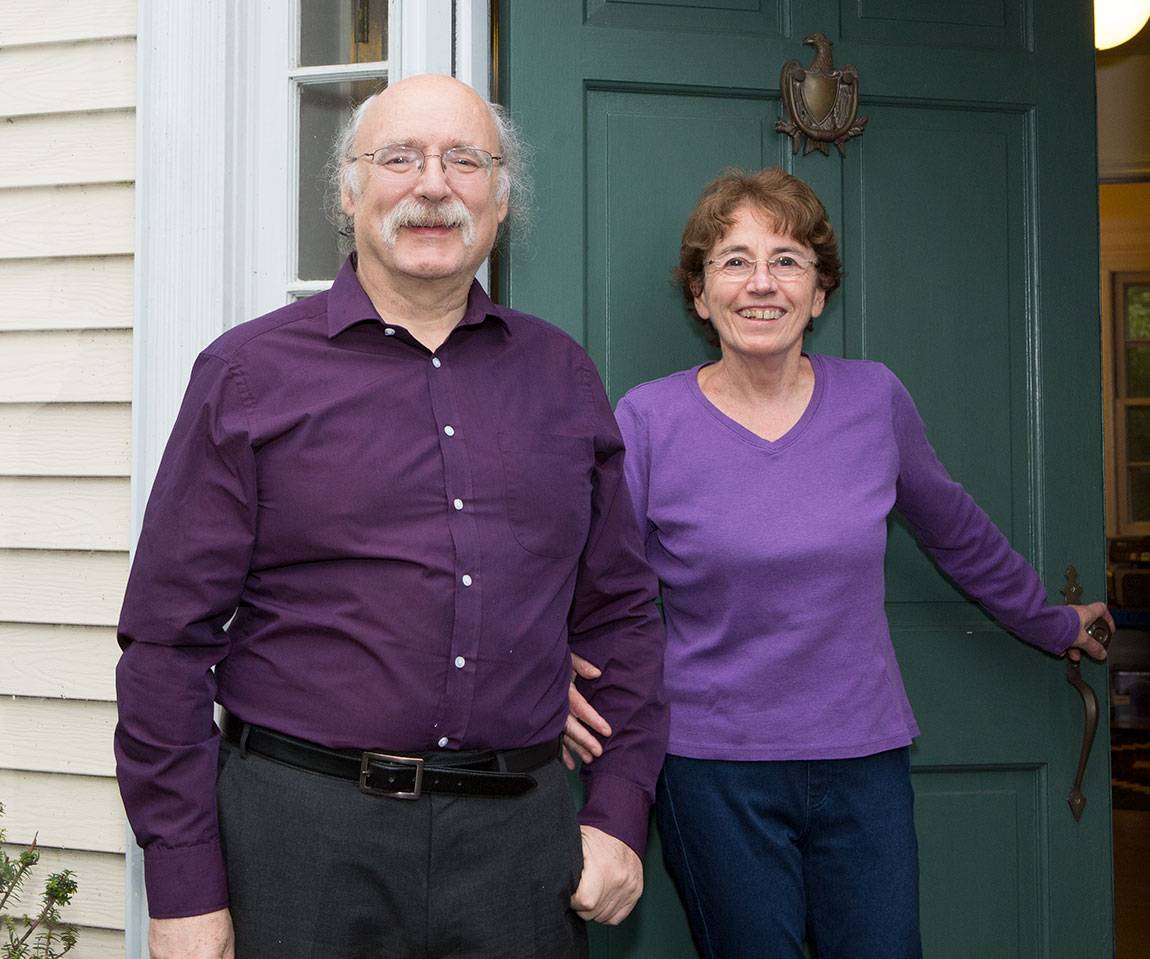 Haldane, pictured with his wife, Odile Belmont, shares the Nobel Prize in Physics with David Thouless from the University of Washington and Michael Kosterlitz at Brown University. Haldane said their work was an important basis for his own.