Q&A with Tilghman: Inside the presidential debates 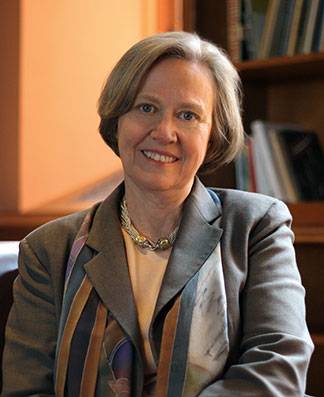 Wednesday's face-off between Hillary Clinton and Donald Trump marked the third and final presidential debate of the 2016 campaign. Those debates, which gave tens of millions of Americans the opportunity to see the top two candidates discuss key campaign topics, were organized and conducted by the independent, nonprofit Commission on Presidential Debates (CPD).

Shirley M. Tilghman, president of the University, emeritus, and professor of molecular biology and public affairs, is a member of the CPD, which also organized this year's vice-presidential debate. She answered questions about the commission, the debates and how they serve voters.

Question. What is the role of the commission and how did it come to be?

Answer. The Commission on Presidential Debates is an independent 501(c)3 that was established in 1987 to organize and oversee presidential and vice-presidential debates in every general election. Prior to the establishment of the CPD, presidential debates were hastily arranged after intense negotiations between the candidates that left many uncertain whether there would even be debates. Given the growing importance of the debates as a means for voters to educate themselves about the positions of the candidates, the leaders of the Democratic and Republican parties agreed to establish a formal commission that would standardize and run the debates. The commission receives no funds from either political party or the federal government.

Q. What is the biggest challenge in organizing the debates and how does the commission deal with it?

A. The CPD selects the venues after a competition among universities to act as hosts; chooses the moderators — but not the questions they ask; and sets the format. The biggest challenge has been to decide who is eligible to participate in the debate. Advocates of third-party candidates have been especially active this year in advocating for inclusion of one or more third-party candidate. After both study and deliberation by the CPD, it was decided earlier this year that to be eligible for the debates, a candidate must have on average at least 15 percent support in five highly respected polls a week before the debate. This year, that standard excluded all third-party candidates.

Q. How do you measure the success of a debate?

A. At the most basic level, success is measured by the fraction of the electorate who watch the debates. Their purpose is to educate and inform, and they cannot do so if they are not watched by a significant fraction of the electorate. At a more significant level, it is important that the debates do what they are intended to do — inform the electorate so that they can make informed choices. In 2008, 80 percent of the public watched at least some of the debates; 77 percent claimed that those debates were interesting and 70 percent said they were informative.

Q. How are debates essential to our political process, and what role do they play in campaigns?

A. I believe the debates are essential to our political process, and assist the voters in making informed decisions. It is the one time when the candidates confront one another, and in the optimal case, thoughtfully debate the issues of interest to the electorate. Of course, the CPD cannot control for who the candidates are, nor their ability to engage in civil discourse.

Q. What do you find rewarding about being involved in the debate process?

A. I joined the CPD because I believe that the debates play an important role in the U.S. presidential elections. They are the one source of information that every voter has access to, unlike the significant difference in candidate attention to swing states versus "safe" states. This year has been a challenging one, obviously, but I continue to believe that by watching the debates, a voter can form an opinion about the suitability of the candidates for high office.