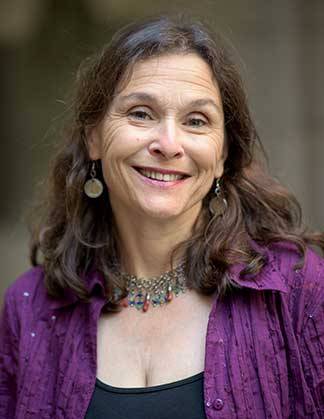 Esther Schor, a professor of English, joined Princeton in 1986. Her scholarship focuses on two areas — British Romanticism, and religion and literature. She has also taught several courses in the Program in Judaic Studies. This academic year, she is team-teaching the yearlong course "Interdisciplinary Approaches to Western Culture," also known as the Humanities Sequence.

Schor writes in many modes. She is the author of "Bearing the Dead: The British Culture of Mourning from the Enlightenment to Victoria," and the biography "Emma Lazarus." She has also published two books of poems and a memoir.

For the past five years, Schor has been conversing with Esperantists (in Esperanto) around the world to research her new book, "Bridge of Words: Esperanto and the Dream of a Universal Language" (Metropolitan Books/Henry Holt, 2016). The book is a full history of the constructed language — from its linguistic mechanics to its core ideals that have survived into the digital age. Schor will appear in conversation about the book with Martha Sandweiss, professor of history, at 6 p.m. Thursday, Nov. 17, at Labyrinth Books, 122 Nassau St., Princeton. 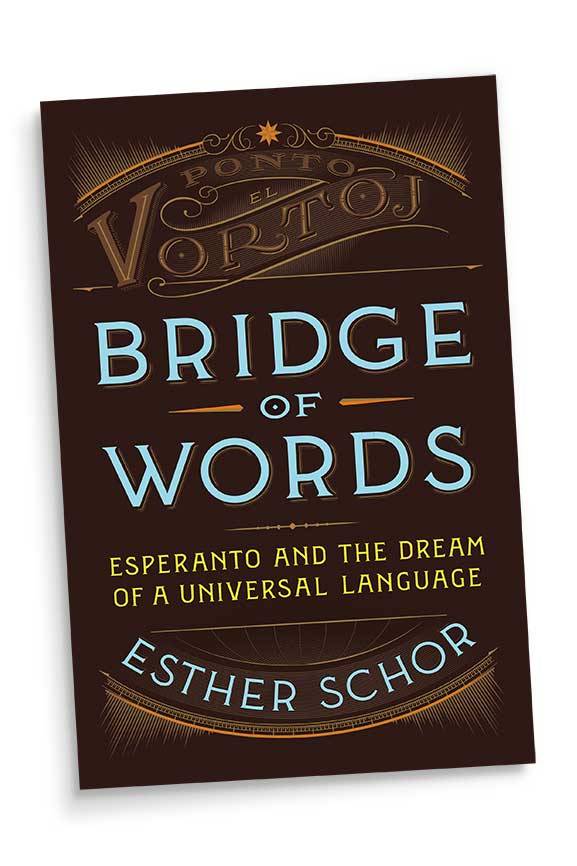 What experience drew you to Esperanto, a universal language created in 1887, and why did you decide to write a book about it?

I've always loved learning languages and learning about language, though Esperanto was barely on my radar until about a decade ago. I'd just published a biography of Emma Lazarus, an American Jewish poet of the 1880s who was trying to reconcile universalism with Jewish particularism. Around the same time, Ludovik Lazarus Zamenhof, a Jewish ophthalmologist from Warsaw, was also trying to think outside the box about these issues. Like Lazarus, he was drawn to Zionism for several years, but by 1887, he had "crossed the rubicon," as he put it, to universalism. That’s only partly true; he continued to believe that the Jewish ideal of Rabbi Hillel — "do not do unto others as you would not have them do unto you" — was the "internal idea" of Esperanto. By inventing a universal language based on Jewish ethics, he went a bit further out of the box than most Jews of his era, and most idealists in general. His pseudonym, Doktoro Esperanto, became the name of the language; it means "the hopeful one."

After a couple of preliminary interviews and a few weeks of online learning, I plunged in, attending my first Esperanto congress in Hanoi in 2007. Even with very little preparation, I found I could begin speaking, and understood a great deal. Soon after, I took a three-week immersion course (NASK, or North American Summer Courses) at the University of California-San Diego, and then began interviewing Esperantists at congresses and gatherings in Poland, Cuba, Turkey and elsewhere. Wherever I traveled — Samarkand [Uzbekistan], for instance — I looked up local Esperantists. I also pored over documents, periodicals and rare books in the Planned Languages collection at the Vienna National Library and at the Universal Esperanto Association headquarters in Rotterdam. And I spent a few weeks at Bona Espero, an orphanage in rural Brazil, founded by Esperantists several decades ago.

How did Zamenhof envision Esperanto as the "bridge of words" in your title — across rising nationalisms and religious differences at the time?

Zamenhof knew that language could be both a precious, shared treasury of culture, and a barrier between cultures. He envisioned Esperanto as an auxiliary language, that is, a second, helping language for the world; it was never meant to replace national languages. Though he was an ardent idealist, for tactical reasons he initially pitched Esperanto in 1887 as a language of progress: commercial, intellectual and intercultural. He represented it as a technical innovation that would save both time and money. At the same time, he included two original poems (his own) in the initial pamphlet, asserting that Esperanto would make world literature newly and widely accessible across linguistic boundaries. He likened Esperanto to a plank that lay on a river bank; people would find all sorts of reasons not to put it in place, but sooner or later, common sense would dictate that the plank be used to bridge the stream.

What linguistic or multicultural elements did Esperanto offer that increased its appeal over countless other constructed languages?

Esperanto is the only planned, or constructed, language to enjoy a worldwide community for more than a century. What is remarkable, however, is how little planning Zamenhof actually did. He drew up a list of 900 roots and affixes making use of Romance languages, and to a lesser extent, German and Russian; conjunctions and prepositions he drew from Greek and Latin. He then devised 16 fundamental rules of grammar and usage. Esperanto is not only flexible; it is generative. Any root can become a noun by ending with –o, an adjective by ending with –a, and so on; to coin new words as necessary, one combines roots and affixes. (In most Esperanto conversations I've had, someone eventually improvises a new word, as needed.) With this fundamental structure and a modest word list, Zamenhof did something unprecedented in the history of language invention: he gave the language to its users. They're the ones who have built Esperanto into a fully functional living language with an extensive original literature — mostly poetry.

You write that Esperanto is "essentially political." What do you see as the major obstacle — political or otherwise — that prevented Esperanto from gaining widespread adoption?

While Esperantists emphasize that their language is politically neutral, Zamenhof explicitly anticipated a political role for Esperanto in multiethnic states and cities, as well as international organizations. In fact, the Universal Esperanto Association has had a consulting relationship with UNESCO since the 1950s. But from its early days, Esperanto had two strikes against it: first, it had no money backing it; second, it has been associated with the left, drawing support from a variety of factions, including socialists, syndicalists, communists and anarchists. In the 1920s, the French minister of education spoke out against it, and the League of Nations didn't want to touch it. Later Esperantists were associated with cosmopolitanism by Stalin and with Judaism by Hitler; they were persecuted and killed by both dictators. Esperanto is a dream that has somehow survived the nightmares of the 20th century.

What is your favorite phrase in Esperanto and what does it mean?

"Nia Karo Lingvo" (our dear language) is what many Esperantists call their shared tongue. There's a profound affection for the language they have collectively made. It's not like the love for a mother tongue or a fatherland; it's more like the love one has for one's child.

When people ask you how many "Esperantists" there are, you prefer to say that you spent seven years across five continents among them "not to count them but to listen to them." What did you hear?

Most of the counting these days happens online; the marvelous free online Duolingo course in Esperanto has logged about half a million users since it began in 2015. That's astonishing; clearly something about Esperanto is still resonating with people. For myself, the heart of the matter lies in face-to-face contact. When I go to gatherings, Esperanto sometimes sounds like Babel itself; lots of ordinary people saying ordinary things in a wild variety of gestures and accents. Yet amid the buzz of pleasure and fun, you can make out a strain of optimism about humanity; what Esperantists all share is a future, rather than a past. They are many different kinds of people, and they speak the language for many different reasons. But there's one thing they have in common: they do it for love. Being around that much love can give a person hope.