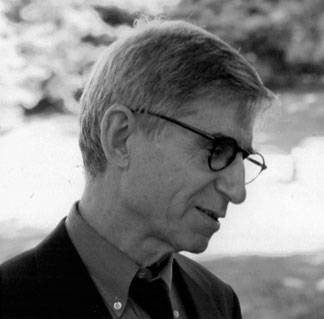 Photo courtesy of the Vallhonrat family

Carles Vallhonrat, lecturer with rank of professor in the School of Architecture at Princeton University and founder of the original Louis I. Kahn Archive, died at home in Haverford, Pennsylvania, on Feb. 21. He was 89.

Vallhonrat joined Princeton's faculty in 1972 and retired in 2001. Prior to coming to Princeton, he taught at the University of Pennsylvania, Yale University and the University of Maryland. Over the years, he was a juror, lecturer or panelist at Collegi d'Arquitectes de Catalunya in Spain, Columbia University, The Cooper Union, Harvard University and the Massachusetts Institute of Technology, among others. He wrote on tectonics and on Austrian architect and designer Josef Hoffmann, and was principal narrator in the film "Spent Light: Louis Kahn and the Salk Institute."

"Carles Vallhonrat was a beloved teacher who will be remembered for his generosity of spirit and kindness to our students and faculty alike," said Mónica Ponce de León, dean of the School of Architecture. "His distinguished teaching career is equally matched with an extraordinary record in architectural practice. In both, his attention to detail and thoughtful use of materials remain important lessons for us to follow."

From 1960 to 1971, Vallhonrat worked in the office of Louis Kahn as principal assistant to Kahn in the design of the Salk Institute, the Bangladesh Capital Complex, the Palazzo dei Congressi in Venice, and the first design of the British Art Center at Yale, among other projects. He went on to become the founder and president of the original Louis I. Kahn Archive (1974-78), which organized the successful effort to preserve Kahn's drawings and papers.

Vallhonrat brought this extensive experience with Kahn and his legacy into the classroom. Continuously since 1972, he taught an undergraduate junior design studio on the topic of housing, as well as a graduate design studio on the art of building. Most recently, he taught the graduate seminar "Selected Architects of the 20th Century: Louis I. Kahn: The Tectonics of Ideology."

Paul Lewis, associate professor of architecture, said Vallhonrat's seminar on Kahn "blended his unique understanding of the process, conceptual underpinnings and the tectonic issues imbedded in [Kahn's] architecture. [This seminar] cannot be replicated or replaced as it was built around Carles' experience, perception and passion.

"Carles was an insightful, engaged and vibrant presence in the School of Architecture for 40 years," Lewis noted. "Students and faculty relied on his understanding of the discipline in general, and his knowledge of the architecture of Louis I. Kahn in particular. Carles' enthusiasm for teaching and his optimism for the role of buildings in cities and society was contagious. Generations of students have been influenced by the precision he brought to understanding design," he said.

Born in Barcelona, Vallhonrat graduated from the Universidad National del Litoral in Rosario, Argentina, and earned his master's in architecture at the University of Pennsylvania.

Since 1975, he was principal of C.E. Vallhonrat, Architect, in Philadelphia.

He is survived by his wife of 50 years, Leslie Armitage Vallhonrat; his children, Christopher Vallhonrat, Gregory Vallhonrat, Heather Garrett and Seth Vallhonrat; and five grandchildren.

A funeral service will be held at 2 p.m. Monday, March 6, at the Episcopal Church of the Redeemer, Bryn Mawr, Pennsylvania.