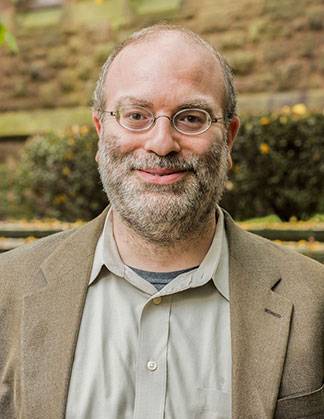 Photo courtesy of the Humanities Council

Michael Gordin, the Rosengarten Professor of Modern and Contemporary History at Princeton, will serve as director of the Society of Fellows in the Liberal Arts, effective July 1.

The Society of Fellows in the Liberal Arts, created in 2000 by a gift from Charter Trustee Lloyd Cotsen, is an interdisciplinary community that seeks to bring innovative approaches to scholarship and education at Princeton. It offers outstanding young scholars who have recently received the Ph.D. the opportunity to enhance their teaching and research over a period of three years.

The Society includes Princeton faculty members who serve as faculty fellows and meet regularly with the Cotsen Fellows in the Joseph Henry House for formal and informal discussions, seminars, and lectures. The process of selecting the postdoctoral fellows involves faculty from throughout the liberal arts, and each year a class of four to five fellows is chosen from 700 to 1,200 applicants from across the globe.

Gordin will succeed Susan Stewart, the Avalon Foundation University Professor in the Humanities and Professor of English, who has directed the program for eight years.

"Susan Stewart's leadership of the Society these past eight years has been nothing short of breathtaking," Gordin said.  "Together with Executive Director Mary Harper, who is retiring this year, she has deepened the tradition of a convivial scholarly community that represents the best of the liberal arts. It is an honor and a great privilege to assume the directorship of the Society of Fellows. The fellows I have met and the seminars I have attended over the years have been some of the great highlights of my own time at Princeton."

Stewart said: "Those of us in the Society feel so fortunate that Michael Gordin has been appointed as the new director. Michael's experience as the founding director of the Fung Global Fellows Program, his pathbreaking interdisciplinary research, and, above all, his generosity, energy and kindness will light the way forward."

Gordin came to Princeton in 2003 after earning his A.B. and Ph.D. from Harvard University, where he was a member of the Harvard Society of Fellows from 2001 to 2003. At Princeton, Gordin's work has focused on the history of nuclear weapons. He is currently working on a project about the intersecting histories of Albert Einstein and the city of Prague. His undergraduate lectures include the history of modern science from 1700 to 1970 and the history of contemporary science from 1970 to the present. He teaches undergraduate seminars on the history of pseudoscience, nuclear history and the Soviet science system, and graduate seminars on global science and on biography.

Gordin is the author or co-author of six books. In addition to writing about the atomic bomb, he has tackled the Cold War as well as the story of Dmitrii Mendeleev, the Russian scientist credited with formulating the periodic table of elements. Gordin's most recent book, "Scientific Babel: How Science Was Done Before and After Global English," was published in 2015.

In 2011, he was awarded a National Endowment for the Humanities Fellowship and was named a Guggenheim Fellow. At Princeton, Gordin was named the recipient of the Graduate Mentoring Award by the McGraw Center for Teaching and Learning in 2011 and was the inaugural director of the Fung Global Fellows Program, which is overseen by the Princeton Institute for International and Regional Studies.