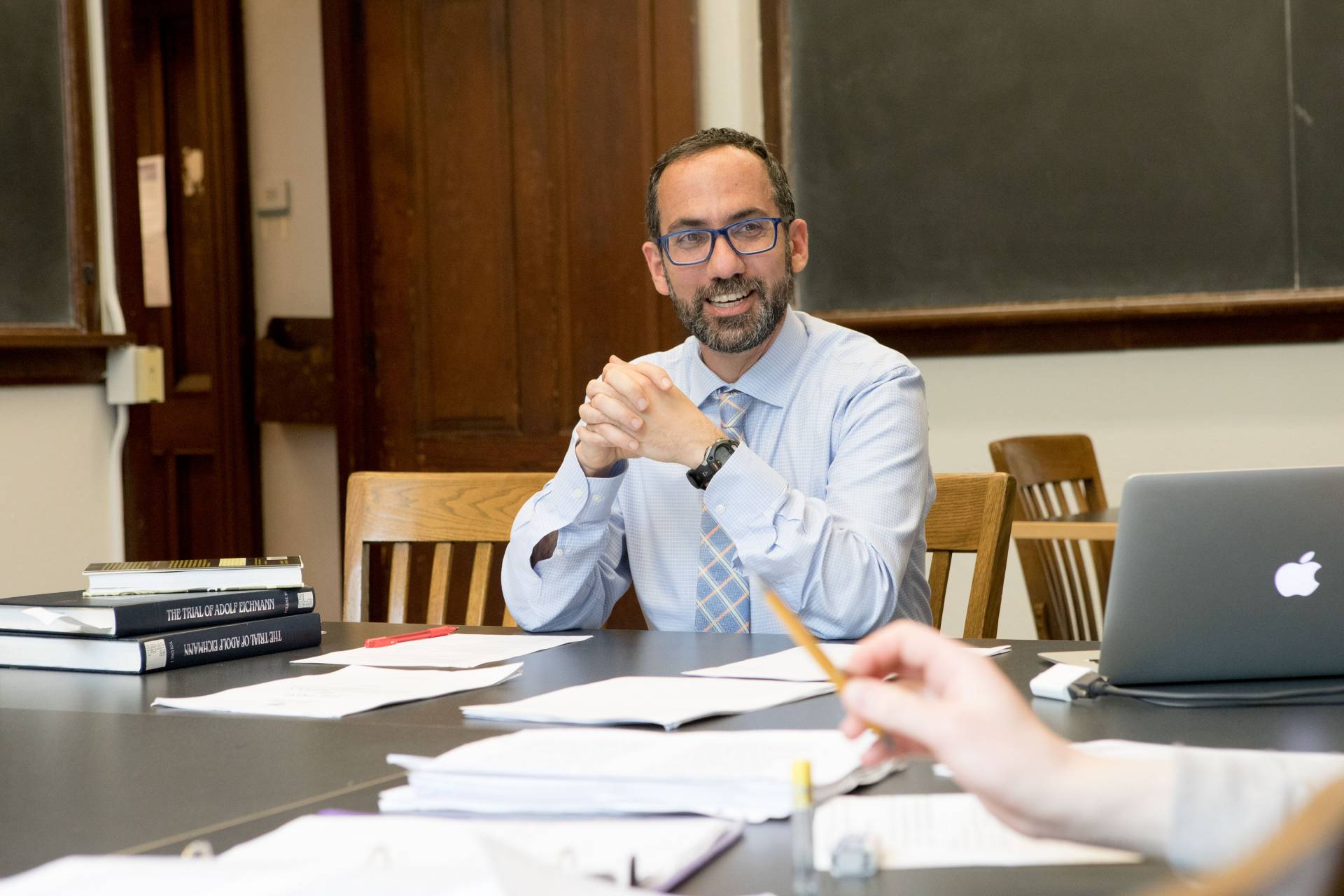 Yair Mintzker, an associate professor of history at Princeton, studies early modern and modern Germany, with a particular focus on the “Sattelzeit,” or the transitional period between the early modern age and the late modern age (1750-1850). This spring, Mintzker’s latest book, “The Many Deaths of Jew Süss: The Notorious Trial and Execution of an Eighteenth-Century Court Jew,” was published by Princeton University Press.

Yair Mintzker, an associate professor of history, joined the Princeton faculty in 2009 after earning his Ph.D. at Stanford University. He studies early modern and modern Germany, with a particular focus on the "Sattelzeit," or the transitional period between the early modern age and the late modern age (1750-1850). This spring, Mintzker's latest book, "The Many Deaths of Jew Süss: The Notorious Trial and Execution of an Eighteenth-Century Court Jew," was published by Princeton University Press.

The topic of the book is the trial and execution of Joseph Süss Oppenheimer, one of the most famous figures in the history of anti-Semitism. Oppenheimer, also known as "Jew Süss," was the personal banker ("court Jew") of a German prince in the early 18th century. After the death of his patron, Oppenheimer was arrested and put on trial for unspecified "misdeeds." On February 4, 1738, Oppenheimer was hanged in front of a large crowd just outside Stuttgart. When his jailers asked that he convert to Christianity, he refused. In "The Many Deaths of Jew Süss," Mintzker investigates conflicting versions of Oppenheimer's life and death as told by four contemporaries, none of whom provide a straightforward account of the events.

Mintzker's first book is "The Defortification of the German City, 1689-1866" (Cambridge University Press, 2012), which tells the story of the metamorphosis of 18th- and 19th-century German cities from walled to defortified (open) places.

You study the history of early modern and modern Germany. How does 'The Many Deaths of Jew Süss' fit in the broader scope of your work?

My work on "Jew Süss" was motivated by my larger fascination with the transition to the modern period in European history. My first book was about European cities, and how, during the 17th and 18th centuries, they began to lose their walled character to become the open, wall-less settlements we see today. The case of "Jew Süss" is similar. Oppenheimer's trial took place right on the verge of the modern period. As such, it is an incredibly telling parable about Jewish life in the transition to modernity. 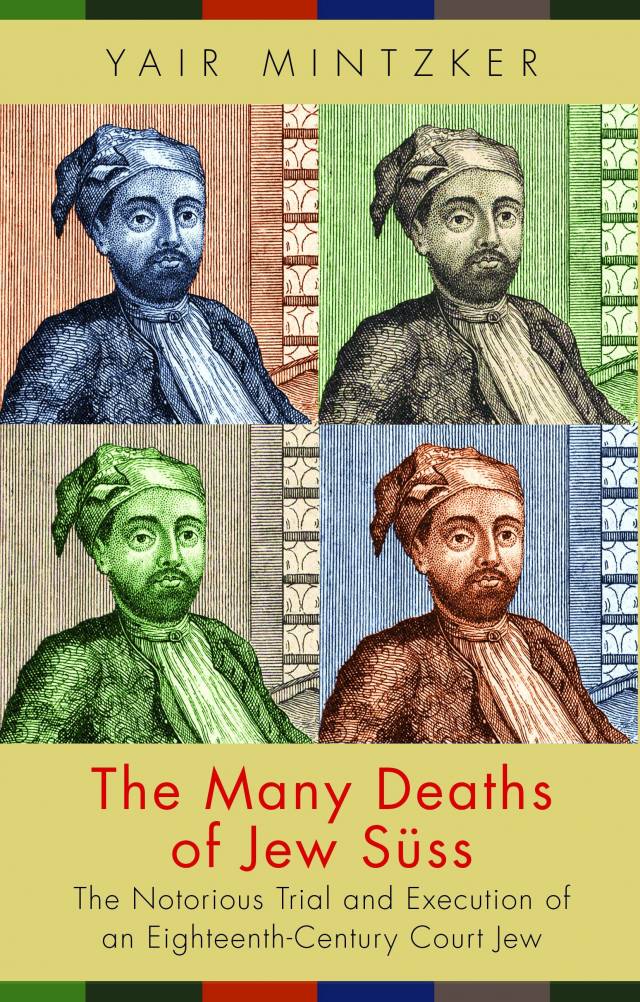 In “The Many Deaths of Jew Süss,” Mintzker investigates conflicting versions of Joseph Süss Oppenheimer’s life and death as told by four contemporaries.

Why does Joseph Süss Oppenheimer's story fascinate you?

I think that it is no exaggeration to say that "Jew Süss" is to the German collective imagination what Shakespeare's Shylock is to the English-speaking world. His rise and fall is the stuff from which great legends are made, complete with a courtroom drama, lurid tales of sex and greed, and a horrible, violent death. Most importantly, Oppenheimer's trial became very quickly a literary battleground on which different conceptions about the possible status of European Jews were encoded and contested. Oppenheimer's trial, in other words, has always been about much more than Oppenheimer himself.

You write that the historical figure of Oppenheimer is 'incredibly elusive.' How so, and where did your research — both literally and figuratively — take you?

Oppenheimer's trial left an incredible amount of documentation —30,000 hand-written pages, to be exact. But these sources, plentiful though they are, contradict one another all the time and, at times, even contradict themselves. As I was reading the trial documents both in Stuttgart, where the trial had taken place, as well as across Europe and even in Israel and the United States, it became clear to me that there is no one, clear answer to the question who Oppenheimer "really was." Any attempt to claim otherwise would be misleading. This is why the book depicts Oppenheimer not once but four times. Think about it as a work of history inspired by Akira Kurosawa's famous film "Rashomon" or even the four Gospels, for that matter.

The book includes passages between chapters that imagine conversations between you and your readers. Why did you include these interludes?

Over the years, I presented my work on "Jew Süss" in front of many audiences, and I was constantly fascinated by people's reactions to what I had to say. The imaginary dialogues I include in the book represent an edited record of some of these exchanges. Moreover, I believe that history, like all humanistic disciplines, should be based on dialogue — between the present and the past, but also between different voices in the present about the past. Plato famously defined thinking as a kind of discourse between the soul and itself. I think that's exactly right. Dialogues are the stuff from which thinking is made.

You say that none of the available sources about Oppenheimer can be trusted, which posed a significant challenge to you as a historian. How did you proceed with this?

The same way I do in my teaching — by constantly looking for new angles from which to understand what happened. Toward the end of the book I basically say that historians should not pretend they know everything about the past but neither should they claim to know nothing. In between the hammer of false omniscience and the hard place of post-truth relativism there lies a whole world of possibilities. As a historian, I inhabit this world in my daily work with students, and explore it in my essays and my books. I think the result is really quite special.

How do you convey to your students the challenges of examining and analyzing history?

I believe that at the end of the day we learn by ourselves and for ourselves. Because we're curious, or driven, or — which is perhaps best — because we are humble enough to seek assistance from others in answering our deepest questions and concerns. Ralph Waldo Emerson writes somewhere that in the great works of the past “we recognize our own rejected thoughts; they come back to us with a certain alienated majesty.” As a history professor, I am certainly demanding with my students, but I do not try to inundate them with information or pretend I know everything. Rather, I try to inspire, to find the "rejected thoughts" of my students, and to help them phrase and answer their questions with the historian's tool kit. 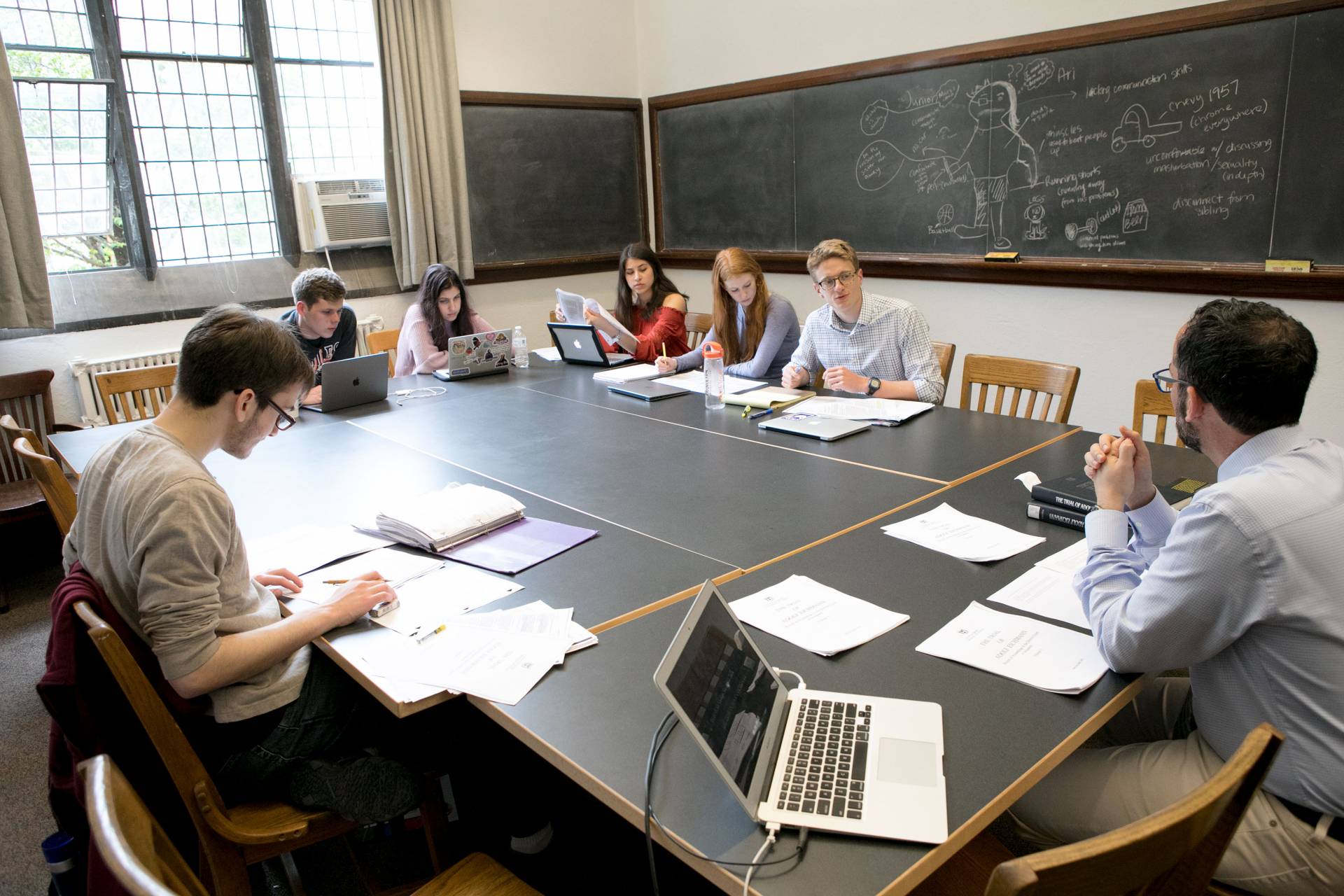 In the classroom, Mintzker seeks to inspire and to help his students develop the historian’s tool kit.