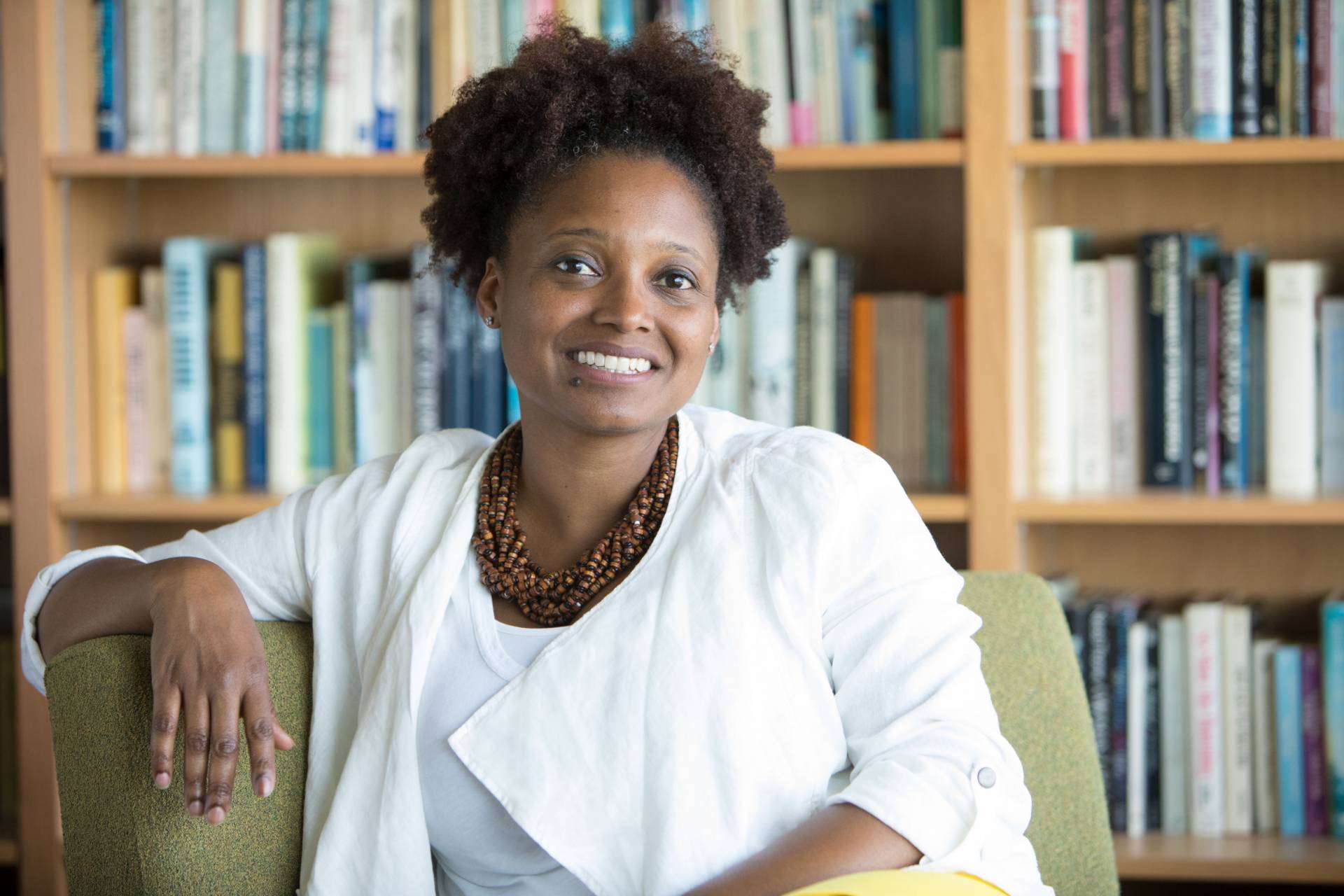 Tracy K. Smith, the Roger S. Berlind '52 Professor in the Humanities and a professor of creative writing in the Lewis Center for the Arts at Princeton University, has been named U.S. Poet Laureate for 2017-18. Smith, who is also the director of the Program in Creative Writing, won the Pulitzer Prize for Poetry in 2012 for her book "Life on Mars."

Librarian of Congress Carla Hayden today announced the appointment of Princeton University professor Tracy K. Smith as the Library's 22nd Poet Laureate Consultant in Poetry, for 2017-18. Smith is the Roger S. Berlind '52 Professor in the Humanities and a professor of creative writing in the Lewis Center for the Arts. She will take up her duties in the fall, opening the Library of Congress's annual literary season with a reading of her work at the Coolidge Auditorium.

"It gives me great pleasure to appoint Tracy K. Smith, a poet of searching," Hayden said. "Her work travels the world and takes on its voices; brings history and memory to life; calls on the power of literature as well as science, religion and pop culture. With directness and deftness, she contends with the heavens or plumbs our inner depths — all to better understand what makes us most human."

"Tracy K. Smith is a gifted writer whose work sparkles with insight, imagination and grace," said Christopher L. Eisgruber, president of Princeton. "We are fortunate that she teaches at Princeton, and I am delighted that she will now be our country's poet laureate."

Smith, who won the Pulitzer Prize for Poetry in 2012, succeeds Juan Felipe Herrera as poet laureate.

"I am profoundly honored," Smith said. "As someone who has been sustained by poems and poets, I understand the powerful and necessary role poetry can play in sustaining a rich inner life and fostering a mindful, empathic and resourceful culture. I am eager to share the good news of poetry with readers and future readers across this marvelously diverse country."

Michael Cadden, senior lecturer in theater in the Lewis Center for the Arts and chair of the Lewis Center, said: "A brilliant artist and a deeply engaged member of the Princeton community, Tracy will now have even more opportunities to engage with communities across the country about how poetry addresses what it is to live fully, deeply and consciously at this particular moment in time. When she lifts her voice, we would all do well to attend to what she has to say and how she has to say it."

Smith is the author of three books of poetry, including "Life on Mars" (2011); "Duende" (2007), winner of the 2006 James Laughlin Award and the 2008 Essence Literary Award; and "The Body’s Question" (2003), winner of the Cave Canem Poetry Prize. Smith is also the author of a memoir, "Ordinary Light" (2015), a finalist for the 2015 National Book Award in nonfiction and selected as a notable book by The New York Times and The Washington Post.

For her poetry, Smith has received a Rona Jaffe Writers Award and a Whiting Award. In 2014, the Academy of American Poets awarded her the Academy Fellowship, given to one poet each year to recognize distinguished poetic achievement. In 2015, she won the 16th annual Robert Creeley Award and in 2016 was awarded Columbia University's Medal for Excellence. 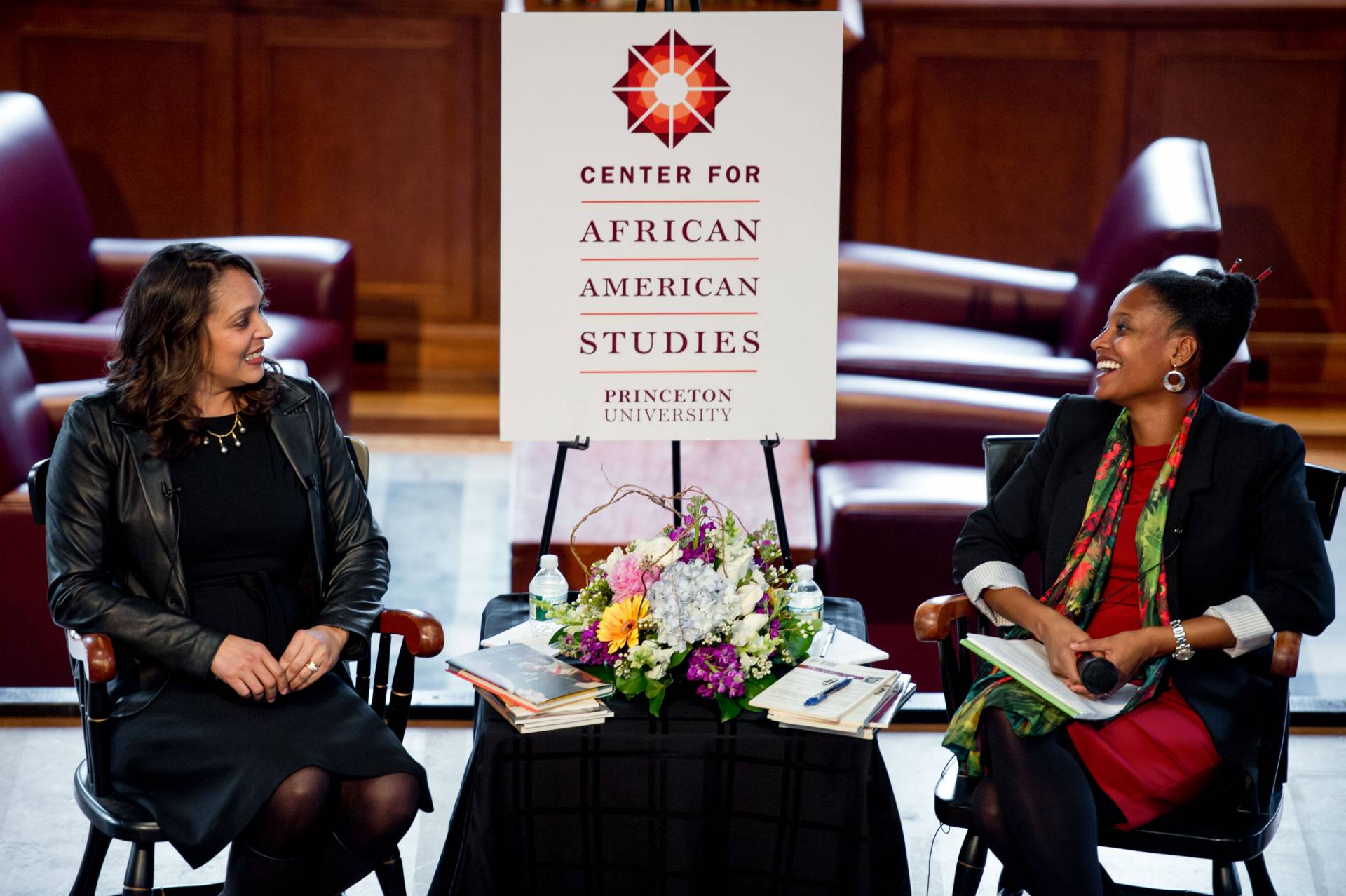 In 2013, Smith held a public conversation with then-U.S. Poet Laureate Natasha Trethewey (left) in the Chancellor Green Rotunda at Princeton. During the event, Trethewey gave readings from her work, and the poets also examined what it means to write about "the difficult places" regarding racism in America.

In the Pulitzer Prize citation for "Life on Mars," judges lauded its "bold, skillful poems, taking readers into the universe and moving them to an authentic mix of joy and pain." Toi Derricotte, poet and Academy of American Poets chancellor, said: "The surfaces of a Tracy K. Smith poem are beautiful and serene, but underneath, there is always a sense of an unknown vastness. Her poems take the risk of inviting us to imagine, as the poet does, what it is to travel in another person’s shoes."

Born in Falmouth, Massachusetts, in 1972, and raised in Fairfield, California, Smith earned a B.A. in English and American literature and Afro-American studies from Harvard University and an M.F.A. in creative writing from Columbia University. From 1997 to 1999, she was a Stegner Fellow in poetry at Stanford University. Smith also has taught at Medgar Evers College of the City University of New York, at the University of Pittsburgh and at Columbia.

Background of the laureateship

During their terms, poet laureates seek to raise the national consciousness to a greater appreciation of the reading and writing of poetry. The Library keeps to a minimum the specific duties required of the poet laureate, who opens the literary season in the fall and closes it in the spring. In recent years, laureates have initiated poetry projects that broaden the audiences for poetry.