Last month, the Princeton Entrepreneurship Council (PEC), in partnership with Princeton University Press, held a TigerTalks in the City on "Breakthrough Books," featuring four Princeton faculty members discussing their most recent books (above) all published by PUP, in New York City.

Last month, the Princeton Entrepreneurship Council (PEC), in partnership with Princeton University Press, held a TigerTalks in the City on "Breakthrough Books," featuring four Princeton faculty members discussing their most recent books, all published by PUP, in New York City.

Mung Chiang, PEC chair and a Princeton University Press author himself, opened the event with the definition of Entrepreneurship the Princeton way, which is defined broadly as “the initiation of transformations through risk-taking actions and value-creating organizations.” Chiang, the Arthur LeGrand Doty Professor of Electrical Engineering and the first chair of PEC, pointed out that this definition of entrepreneurship extends to individuals with an “entrepreneurial mindset,” an attribute that could certainly be applied to each panelist.

Books may not be thought of as a cutting-edge technology when considering “entrepreneurship.” However, books have extraordinary power  as engines of  change. Peter Dougherty, director of Princeton University Press and panel moderator, shared a poignant example: "(The Press’) first ‘breakthrough book’ was published in 1922; it was Albert Einstein’s book  'The Meaning of Relativity',” he said. It is still in print and selling nearly a century later. 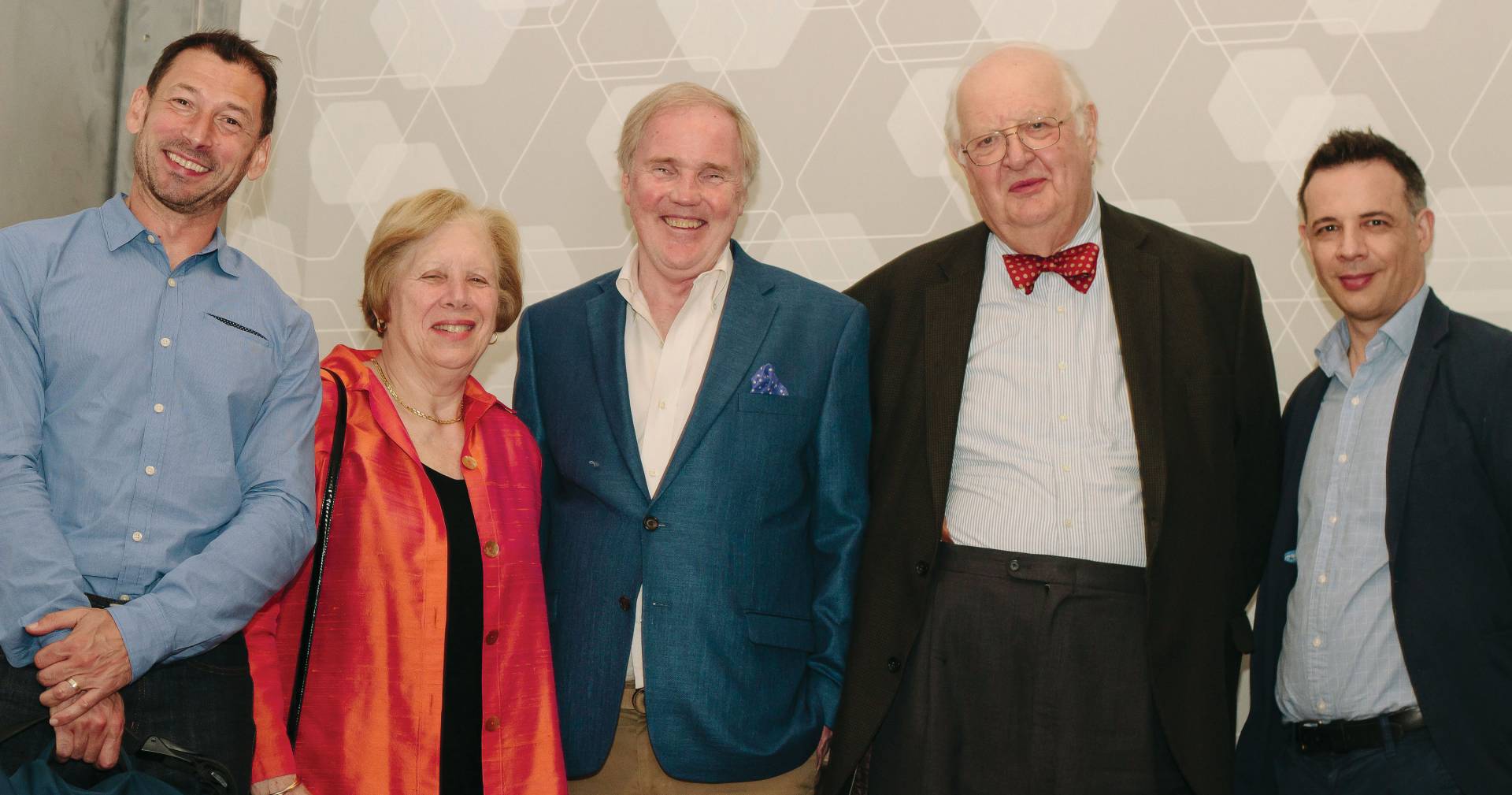 The faculty participating in the evening's panel discussion were, from left: Alexander Todorov, professor of psychology; Nancy Malkiel, professor of history, emeritus; Sir Angus Deaton, the Dwight D. Eisenhower Professor of International Affairs, Emeritus; and Dalton Conley, the Henry Putnam University Professor in Sociology. At the center is Peter Dougherty, director of Princeton University Press and moderator of the panel.

Nobel laureate Deaton, a 2015 Nobel laureate in economics,  spoke about the findings in his most recent book, "The Great Escape: Health, Wealth, and the Origins of Inequality."

“The Great Escape" is about how humanity, or at least a large fraction of it, has escaped from destitution and early death,” Deaton said. Deaton identified the Industrial Revolution as the catalyst for this escape, which began with aristocrats and slowly spread to the rest of the world’s population. “People were not just getting richer, they were getting more years to enjoy their riches.” However, Deaton pointed out that progress is often a zero-sum game, and can thus be an engine of inequality: “Some people find a way of getting rich or escaping from a disease, but not everyone,” Deaton said. “Progress is often like this: some escape, and some are left behind.”

For centuries, women were not admitted to Princeton, Harvard, Yale and Dartmouth. Malkiel’s latest book, "'Keep The Damned Women Out': The Struggle for Coeducation," seeks to explain the remarkable clustering of the decisions by these institutions about admitting women in such a short space of time. The title of Malkiel’s book was extracted from a letter by an angry alumnus to Dartmouth’s board of trustees, and is representative of the fierce opposition to coeducation by many alumni, faculty and students at all-male universities. Unfortunately, the decision to go coed “was not the result of a high-minded moral commitment to opening educational opportunities for women,” Malkiel observed. Rather, the decision was in the “strategic self-interest” of institutions wanting to “shore up a first-rate applicant pool,” which had declined because “'the best boys’ no longer wanted to go to all-male institutions.”

Malkiel also places the coeducation decisions in the broader context of the 1960s: “Men and women students in the sixties demonstrated together, protested together, registered black voters together; not going to school together seemed increasingly outmoded.” Malkiel pointed out that the composition also was changing of overall student college populations to include larger numbers of minorities and public school students, so “admitting women, in a way, followed logically.”

Conley, co-author of "The Genome Factor: What the Social Genomics Revolution Reveals about Ourselves, Our History & the Future," shared how genetics and the social sciences intersect to paint a more comprehensive picture of human social life.

“Consistent, strong evidence suggests that you can name any human behavior … and about half of it is genetic and half of it is environmental,” Conley said. These findings explain a significant share of who gets ahead in society and who does not, often acting as engines of mobility that counter social disadvantage. “The relative impact of genomics is increasing and the impact of the environment is decreasing,” Conley said. “This may sound like a bleak future for equality; however, just because something’s genetic doesn’t mean that you can’t address it.”

Conley suggested that advances in genotyping may hold the key to improving people’s health and lifespan through the ability to predict illnesses such as diabetes and cardiovascular disease.

While genomics is a relatively new discipline, physiognomy, or the assessment of character from a person’s outer appearance, dates back to the 19th century. Physiognomy as a science may be outdated, but in "Face Value: The Irresistible Influence of First Impressions," Todorov asserts that we continue to make snap judgments about others after seeing their faces for less than one-tenth of a second.

“We are more likely to vote for someone who looks competent, to invest with someone who looks trustworthy, and to assign harsh sentences to people who look untrustworthy,” Todorov said. Todorov cautioned against these types of judgments, and suggested that our judgments may tell us more about our own biases and stereotypes than the traits of others.

During the Q&A portion of the event, one audience member observed that inequality in one form or another seemed to be a recurring theme in each of the panelists’ research. From economic and educational inequities to genetic and physiognomic disparities, “Inequality is going to be on our agenda forever,” Deaton remarked. But the innovative insights in these books have the potential to inspire “risk-taking actions and value-creating organizations” from the ranks of entrepreneurs across the globe, who will hopefully develop solutions that continue to propel humanity forward.