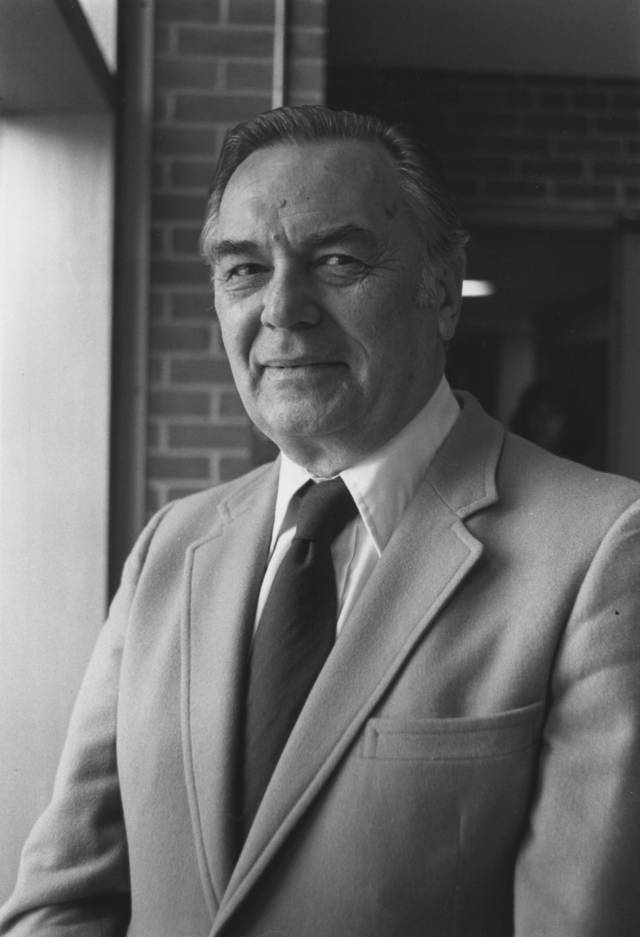 George Luchak, a professor of civil engineering emeritus who taught at Princeton for two decades, died June 6 at his Princeton home. He was 97. Luchak specialized in analyzing technical innovations, including the module that landed men on the moon in 1969.

Luchak, who joined the faculty of the School of Engineering and Applied Science in 1966, was the first to teach operations research, which uses mathematical modeling to analyze complex situations such as risk analysis, climate study and traffic management.

Luchak’s son, Frank, who graduated from Princeton in 1972, remembers his father talking about the work he did for Grumman Aircraft on the lunar excursion module. At the time, he was on loan from the Radio Corporation of America where he was a senior scientist.

“Using a set of mathematical algorithms, he determined the number of redundant parts necessary to ensure the overall safety of the program and the safe return of the astronauts in the successful Apollo Mission to the moon,” Frank said.

Kevin Callaghan, who received his bachelor’s degree from Princeton in 1983 and is a managing director of investment firm Berkshire Partners, marvels that Luchak never talked about his lofty accomplishments.

“It was a testament to his modesty that as a student I had no idea all he had achieved before he came to Princeton,” said Callaghan, who is grateful to Luchak for helping him get into the Stanford Graduate School of Business.

Jerome Simandle, former chief federal judge for New Jersey who received his bachelor’s degree in engineering from Princeton in 1971, called Luchak “a free thinker and role model.” He said Luchak was a proponent of interdisciplinary studies “20 or 30 years before it became popular,” believing “no one works in a silo.”

From 1949 to 1956, Luchak worked at the Canadian Defense and Research Board, where he published papers on environmental physics, colloid sciences, mathematics and queuing theory. In 1955, he represented Canada as an observer of the atmospheric atomic bomb test in the Nevada desert.

Two years later, Luchak and his family moved to the United States, eventually settling in Bucks County, Pennsylvania. He helped develop the new field of systems engineering at General Electric Missile and Space Vehicle Division in Philadelphia, and taught courses at Drexel University and La Salle University before joining the faculty at Princeton.

Neil Polhemus, who attended Princeton as an undergraduate and graduate student and taught in the Princeton engineering school, said Luchak's courses were unique.

“Some of the technologies he taught made their way into the software I developed,” said Polhemus, who is chief technology officer for Statgraphics, which employs operations research to help industry ensure quality control.

Frank Luchak said his father was particularly proud of his teaching methods.

“He did not simply give the answer to the problem based upon the solution he had worked out prior to the class," he said. "Rather, he stood at the board and worked out the problem from scratch, and without notes. Many students appreciated the lesson Dad was trying to teach — that the process of solving the problem was more important than the right answer.”

After his retirement in 1986, Luchak continued to enjoy intellectual pursuits.

“Dinner conversations were a very important part of life in the Luchak family — and there was no chit-chat," said Luchak's son-in-law Gerard Kunkel, who refers to his father-in-law as "Doc."  "They were rich in current and historical topics, glimpses into the future, or debates of current affairs,” he said. “Of course, Doc was at the head of the table, and often brought his lecturing style from the Princeton classroom to the dining room table.”

One of Luchak’s favorite pastimes was attending the weekly poker game at the Nassau Club of Princeton, where he is remembered for bringing his own variation of “Texas Hold'em” to the group. Luchak played poker for the last time on June 1. He died five days later, on the morning of Princeton's Commencement ceremony.

View or share comments on a blog intended to honor Luchak's life and legacy.