Gerard Washnitzer, a Princeton University professor of mathematics, emeritus, known for his work in algebraic geometry and lively personality, died April 2 in hospice in Scotch Plains, New Jersey. He was 91.

Colleagues and family recalled Washnitzer as an avid reader who loved history as much as mathematics — particularly the history of mathematics. He exercised his extensive knowledge on topics in spirited yet friendly debates, and by pushing his students intellectually. 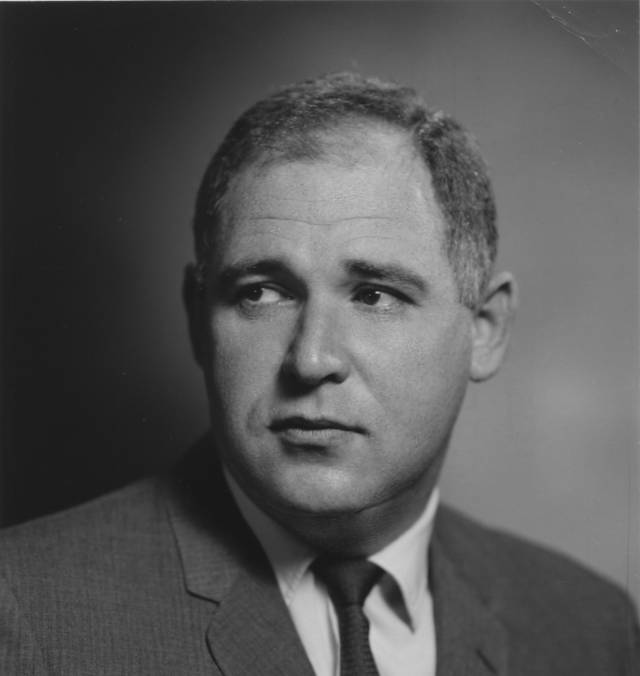 "He read widely and was always interested in discussing or debating current events and current mathematics — a lively addition to the math department," Gunning said. "He loved a good argument, so he was always willing to take on criticism more for the sake of a good argument than for any urge to always be right — but he was so often right."

Washnitzer received his Ph.D. in mathematics from Princeton in 1950 and joined the Princeton faculty as a professor of mathematics in 1963. He was hired to strengthen the department's algebra contingent, said Gunning, who has taught at Princeton since 1956. Washnitzer was fascinated with the historical development of various mathematics areas, and would often scour old, obscure mathematics papers for ideas that would spark his own thinking — and a lively discussion, Gunning said.

Washnitzer's quick mind and exuberance also came out in his role as an educator, Gunning said. "His lectures were memorably wild, with some notable digressions when he was struck by a different idea or an alternative approach to a problem," he said.

As an adviser, Washnitzer would happily ruminate with graduate students, exploring complex ideas that tested them as mathematicians, said his past student William Fulton, a professor of mathematics at the University of Michigan who received his Ph.D. from Princeton in 1966.

"He was always generous and he would cheerfully spend hours explaining his ideas," Fulton said. "While it was often a challenge to prove what he knew to be true, this challenge certainly encouraged his students to be independent."

Fulton and Gunning said that Washnitzer embraced a sea change occurring in pure mathematics and algebra during the 1960s that was led by German-born French mathematician Alexander Grothendieck. In 1968, Washnitzer and Paul Monsky, now a professor emeritus of mathematics at Brandeis University, introduced the Monsky-Washnitzer cohomology, which tied into work developed by Grothendieck.

"Gerard was one of those who really embarked on the mammoth project in algebraic geometry led by Grothendieck, which was a quite revolutionary development that introduced an extensive generalization of the approach to several important questions in algebraic geometry," Gunning said.

And, Fulton said, Washnitzer passed his enthusiasm for that work onto the aspiring mathematicians studying under him.

"He had an amazing insight into what should be true in algebraic geometry," Fulton said. "He had a deep understanding of classical Italian geometry, which enlightened his courses on the new theory that was developing in the 1960s. Some of his insights from that time were only fully realized several decades later."

Bernard Noble, Washnitzer's son, said that his father was a true academic and intellectual — complete with an office strewn with papers and books — who pushed himself and others to learn as much as possible. Storied among Washnitzer's three sons are his math lessons, which would sprawl into areas — particularly real-world applications — that "had nothing to do with what was in the book," Noble said.

Yet, for all his bookishness, Washnitzer, who was born in Brooklyn on Feb. 20, 1926, was assertive. "He had a strong personality. He was a New Yorker — he could be a little brash," Noble said, laughing.

An athlete as a child, Washnitzer was an avid jogger (in all weather) who was good at softball and biked to work from his Princeton home nearly every day for decades. He also loved classical music of all kinds, particularly Bruckner, Mahler, Wagner and Beethoven. When Washnitzer could not walk during his last 16 months, an iPod Shuffle loaded with his favorite composers kept him in good spirits, Noble said.

Washnitzer enlisted in the U.S. Army Air Forces (now the U.S. Air Force) in 1944 during World War II, but never saw combat due to a surplus of pilots and a shortage of planes, Noble said. He received his bachelor's degree in mathematics from Brooklyn College in 1947 before coming to Princeton to study under Salomon Bochner. Washnitzer received his Ph.D. the same year as John Nash, and the two remained friends.

Washnitzer was married to Lillian Noble née Berg, who escaped from Belgium in 1941, from 1953 until her death Jan. 23. Washnitzer is survived by his sons George Noble and Bernard Noble of New York City, and James Noble of Summit, New Jersey, and by seven grandchildren.

The Princeton Department of Mathematics will host a memorial service in honor of Washnitzer at 1 p.m. Saturday, April 22, at Fine Hall, Taplin Auditorium.