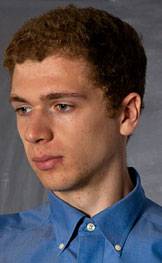 John Pardon, whose achievements in mathematics and Chinese have driven his ascent to the top of Princeton's class of 2011, will deliver the valedictory address at Commencement on May 31. Pardon's accomplishments include publishing research in the top academic journal in mathematics and being part of Princeton’s winning team in an international Chinese-language debate. 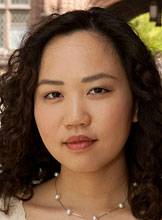 Also speaking at the Commencement ceremony will be Veronica Shi, a classics major, who is the salutatorian of the class of 2011. She will continue the tradition of giving a speech in Latin. Read more about Shi in a related story.

As a high school student, John Pardon was engaged in one of his favorite pastimes -- reading math papers online -- when he came upon a problem crafted by famed Russian mathematician Mikhail Gromov that had confounded scholars in the field for more than two decades.

Over the years Pardon would return to grapple with Gromov's problem, which concerns an area of math known as knot theory. This fall, as a Princeton University senior, he unraveled the solution that eluded so many others, and will see his results published in the Annals of Mathematics, the top journal in the field.

This rare achievement exemplifies the intellectual curiosity and scholarly accomplishments that have carried Pardon to the top of Princeton's class of 2011 as its valedictorian. Pardon, a mathematics major from Chapel Hill, N.C., will deliver the valedictory address at the University's Commencement ceremony Tuesday, May 31.

The son of Duke University mathematician William Pardon, he scored his first perfect math SAT score in middle school and began taking advanced coursework from an early age, including classes at Duke while still in high school. After his sophomore year at Princeton he took only graduate courses in the mathematics department, with the exception of one high-level undergraduate course.

"Doing research is much more of a creative process than, say, doing a calculation," he said. "If you're working on good problems, it's very intellectually stimulating to figure out why something is true instead of just calculating that it's true."

Pardon's desire to conquer intellectual challenges drove his efforts to solve the problem presented by Gromov in knot theory, which is a branch of topology, the study of the properties of space and shapes. Gromov's problem, established in 1983, involves the distortion of a particular class of knots called torus knots.

"I read a lot of math online -- that's how I've come to learn about most of the problems that I've worked on," Pardon said. "I first saw this problem in high school and spent some time thinking about it here and there. About a year ago last spring, I thought I had a very nice idea about how to solve it. I started writing it up and two weeks later realized it was completely wrong."

However, in his spare time last summer while working as a math researcher for the U.S. Department of Defense, he continued to think about the problem until he came up with a new direction toward a solution.

Pardon, who has excelled in mathematics from an early age, has taken numerous graduate courses in the mathematics department during his undergraduate years at Princeton. He also has mastered Chinese in his four years at the University, after choosing to study the language because of its challenging writing system. (Photo by Denise Applewhite)

This fall he wrote a draft of a paper on the subject and shared it with Princeton mathematician David Gabai, who suggested Pardon submit the paper to the Annals of Mathematics. It is scheduled for publication in the journal's July issue.

"A lot of very talented mathematicians would love to have solved this problem," said Gabai, the Hughes-Rogers Professor of Mathematics. "With some problems, people make some progress and it's clear there is a direction to go. But with this one no one really had any idea how to get started.

"This is a true gem of mathematics that connects geometry, topology and some analytic arguments. I can imagine that in the future, because it's so elegant, people will remember this as a special piece of work," Gabai said. "Part of what is so impressive is that he found this problem on his own and recognized it as something he had a chance of doing."

Pardon has amassed other impressive research achievements, having published several papers as an undergraduate and presented talks at Princeton and other institutions.

At a dinner in December, Princeton mathematician János Kollár told Pardon about a difficult topology problem he had been discussing with colleagues. A week later, Pardon emailed Kollár with a solution.

"We have been working together since, and he produced several improvements and went much further than I originally hoped for," said Kollár, the Donner Professor of Science, who added that working with Pardon "felt like working with a postdoc."

For his senior thesis, Pardon produced advances in knot theory, building upon work done by Princeton alumnus Jacob Rasmussen, now a mathematician at the University of Cambridge. Pardon's thesis adviser, Professor of Mathematics Zoltán Szabó, described the project as a "very original piece of work."

Planning from the outset to major in mathematics, Pardon chose to attend Princeton because he sought a well-rounded liberal arts education rather than focusing solely on technical coursework. After studying Spanish in high school, he decided to try a new language and selected Chinese, which became his second major academic pursuit during his Princeton years.

"The reason I chose Chinese is the writing system is the hardest of all the possible options I had," he said. "From my first class, I realized that the Chinese language program here is one of the best in the world -- I'm very lucky to have chosen it."

Pardon attended the Princeton in Beijing language immersion program in the summer after his freshman year and completed advanced coursework in Chinese on campus. Chih-p'ing Chou, a professor of East Asian studies who oversees Princeton's Chinese language program, noted that Pardon is one of few students he has encountered who mastered Chinese in four years of study.

In the fall of his junior year, Pardon was selected for the team that would represent Princeton in the International Varsity Debate, a biennial competition organized by China Central Television and Singapore's Media Corp. Pardon teamed with senior Michael Medeiros and junior Jesse Mudrick to win the non-native-speaking section of the debate, which was held in Singapore in November and broadcast across the Chinese-speaking world.

Chou said Pardon's performance was "highly eloquent and animated, with a great sense of humor and wit." Chou, the team's coach, added that Pardon "used several expressions from Confucius' 'Analects' and several other classical Chinese texts, many of which are normally only used among highly educated native Chinese speakers." 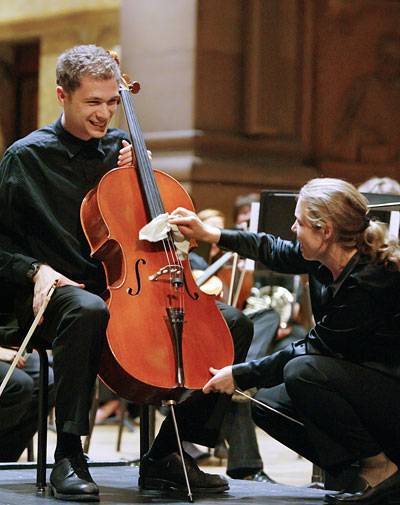 Pardon has received numerous accolades for his academic achievements. In 2010 he and Veronica Shi, this year's salutatorian, shared the Class of 1939 Princeton Scholar Award, which is given annually to the undergraduate who, at the end of the junior year, has achieved the highest academic standing for all preceding college work at the University. He twice won the University's Shapiro Prize for Academic Excellence, received prizes for outstanding achievement within Princeton's mathematics department and was elected to Phi Beta Kappa in 2010.

Excelling beyond the classroom

While Pardon said he appreciated the freedom he was given to take rigorous courses at all levels at Princeton, he also found time to enjoy life outside the classroom.

A key to his Princeton experience was "choosing what activities are important to me and putting a lot of effort into them," he said. "There were so many things I could do, ranging from math research to interesting classes to playing the cello."

Pardon, who has played cello since he was 6, has been a four-year member of the Princeton University Sinfonia student orchestra and twice won Sinfonia's annual concerto competition.

"John has always been my right-hand man -- literally, having sat at the front of Sinfonia's cello section to my right since his freshman year," said Ruth Ochs, the Sinfonia conductor and a lecturer in the Department of Music. "Early on I discovered how lucky I was to have his ongoing dedication to Sinfonia. He is a quiet yet thoroughly respected leader in Sinfonia. Admired by all for his technical prowess, he always is a team player. He uses his talents on behalf of the music and Sinfonia's interpretation of it."

Noting that Pardon has continued to take private cello lessons throughout his Princeton years, Ochs added, "He has marched through repertoire that you also hear from cellists studying at music conservatories."

Pardon has engaged in several other extracurricular pursuits in addition to music. His experience in the Outdoor Action freshman orientation program inspired him to serve as a leader for an orientation trip to the Green Mountains in Vermont prior to his junior year. He has been a member of the student Juggling Club, which includes a number of other math students. Pardon also chose to live in Butler College for all four years at Princeton, saying he enjoyed the friendly surroundings of the residential college.

As he looks ahead to graduate school, Pardon said he has not yet decided on a specific area of concentration within math and that a career in academia is a possibility. His main goal is to continue to pursue intellectual challenges and follow the independent path he has charted thus far.

"The freedom to do your own self-directed research is hard to come by," he said.