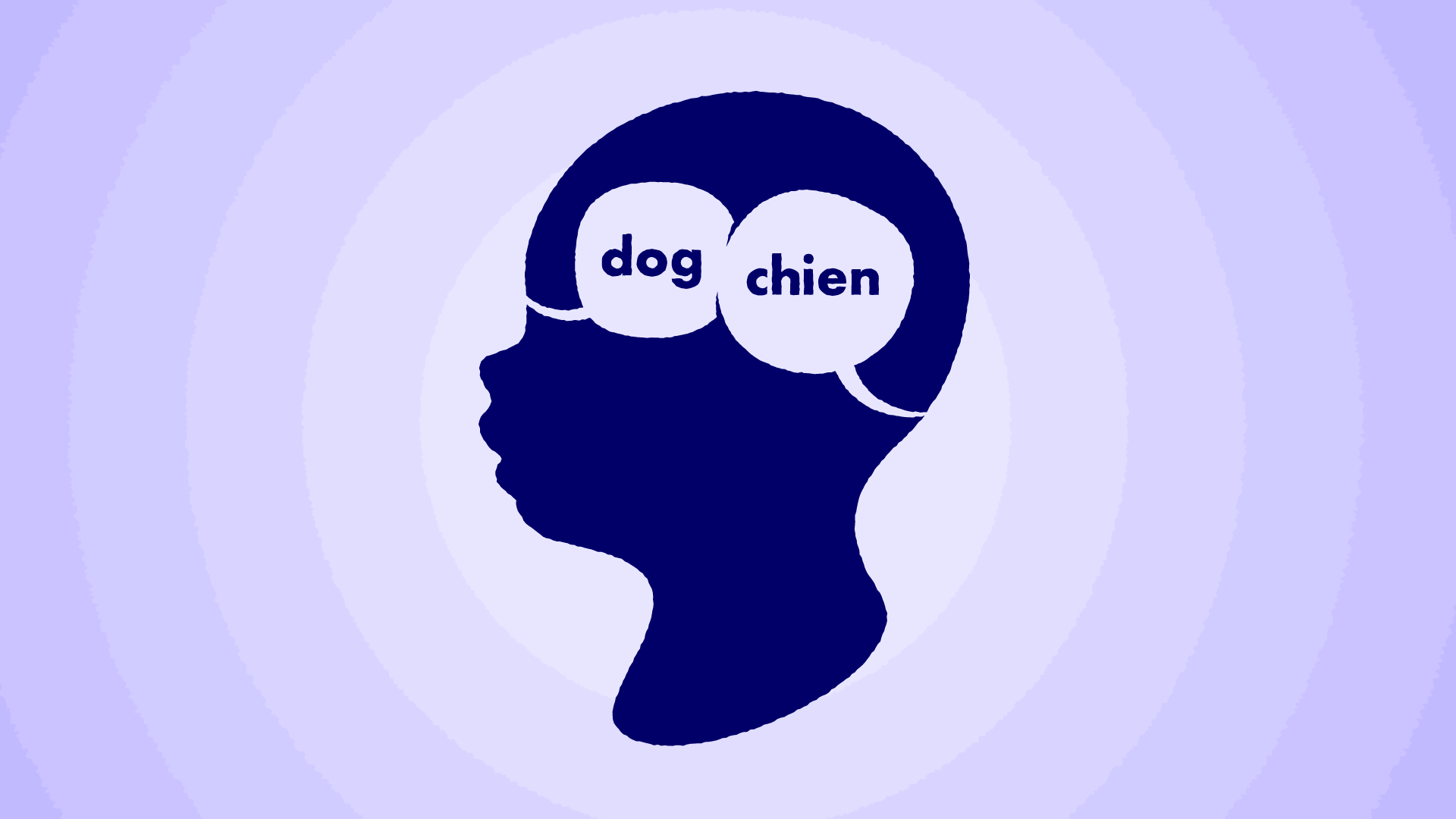 Are two languages at a time too much for the mind? Caregivers and teachers should know that infants growing up bilingual have the learning capacities to make sense of the complexities of two languages just by listening. In a new study, an international team of researchers, including those from Princeton University, report that bilingual infants as young as 20 months of age efficiently and accurately process two languages.

The study, published Aug. 7 in the journal Proceedings of the National Academy of Sciences, found that infants can differentiate between words in different languages. "By 20 months, bilingual babies already know something about the differences between words in their two languages," said Casey Lew-Williams, an assistant professor of psychology and co-director of the Princeton Baby Lab, where researchers study how babies and young children learn to see, talk and understand the world. He is also the co-author of the paper.

"They do not think that 'dog' and 'chien' [French] are just two versions of the same thing," Lew-Williams said. "They implicitly know that these words belong to different languages."

To determine infants' ability to monitor and control language, the researchers showed 24 French-English bilingual infants and 24 adults in Montreal pairs of photographs of familiar objects. Participants heard simple sentences in either a single language ("Look! Find the dog!") or a mix of two languages ("Look! Find the chien!"). In another experiment, they heard a language switch that crossed sentences ("That one looks fun! Le chien!"). These types of language switches, called code switches, are regularly heard by children in bilingual communities.

The researchers then used eye-tracking measures, such as how long an infant’s or an adult's eyes remained fixed to a photograph after hearing a sentence, and pupil dilation. Pupil diameter is an involuntary response to how hard the brain is "working," and is used as an indirect measure of cognitive effort.

The researchers tested bilingual adults as a control group and used the same photographs and eye-tracking procedure as tested on bilingual infants to examine whether these language-control mechanisms were the same across a bilingual speaker's life.

They found that bilingual infants and adults incurred a processing "cost" when hearing switched-language sentences and, at the moment of the language switch, their pupils dilated. However, this switch cost was reduced or eliminated when the switch was from the non-dominant to the dominant language, and when the language switch crossed sentences.

"We identified convergent behavioral and physiological markers of there being a 'cost' associated with language switching," Lew-Williams said. Rather than indicating barriers to comprehension, the study "shows an efficient processing strategy where there is an activation and prioritization of the currently heard language," Lew-Williams said.

The similar results in both the infant and adult subjects also imply that "bilinguals across the lifespan have important similarities in how they process their languages," Lew-Williams said.

"We have known for a long time that the language currently being spoken between two bilingual interlocutors — the base language — is more active than the language not being spoken, even when mixed speech is possible," said François Grosjean, professor emeritus of psycholinguistics at Neuchâtel University in Switzerland, who is familiar with the research but was not involved with the study.

"This creates a preference for the base language when listening, and hence processing a code-switch can take a bit more time, but momentarily," added Grosjean. "When language switches occur frequently, or are situated at [sentence] boundaries, or listeners expect them, then no extra processing time is needed. The current study shows that many of these aspects are true in young bilingual infants, and this is quite remarkable."

"These findings advance our understanding of bilingual language use in exciting ways — both in toddlers in the initial stages of acquisition and in the proficient bilingual adult," said Janet Werker, a professor of psychology at the University of British Columbia, who was not involved with the research. She noted that the findings may have implications for optimal teaching in bilingual settings. "One of the most obvious implications of these results is that we needn’t be concerned that children growing up bilingual will confuse their two languages. Indeed, rather than being confused as to which language to expect, the results indicate that even toddlers naturally activate the vocabulary of the language that is being used in any particular setting."

Lew-Williams suggests that this study not only confirms that bilingual infants monitor and control their languages while listening to the simplest of sentences, but also provides a likely explanation of why bilinguals show cognitive advantages across the lifespan. Children and adults who have dual-language proficiency have been observed to perform better in "tasks that require switching or the inhibiting of a previously learned response," Lew-Williams said.

"Researchers used to think this 'bilingual advantage' was from bilinguals’ practice dealing with their two languages while speaking," Lew-Williams said. "We believe that everyday listening experience in infancy — this back-and-forth processing of two languages — is likely to give rise to the cognitive advantages that have been documented in both bilingual children and adults."

Other authors on the paper were Krista Byers-Heinlein and Elizabeth Morin-Lessard of the Department of Psychology at Concordia University in Montreal.

The study, “Bilingual infants control their languages as they listen,” was published Aug. 7 by Proceedings of the National Academy of Sciences. The research was funded in part by the National Institute of Child Health and Human Development (R03HD079779), Natural Sciences and Engineering Council of Canada, Fonds de Recherche du Québec–Société et Culture and the American Speech-Language-Hearing Foundation.