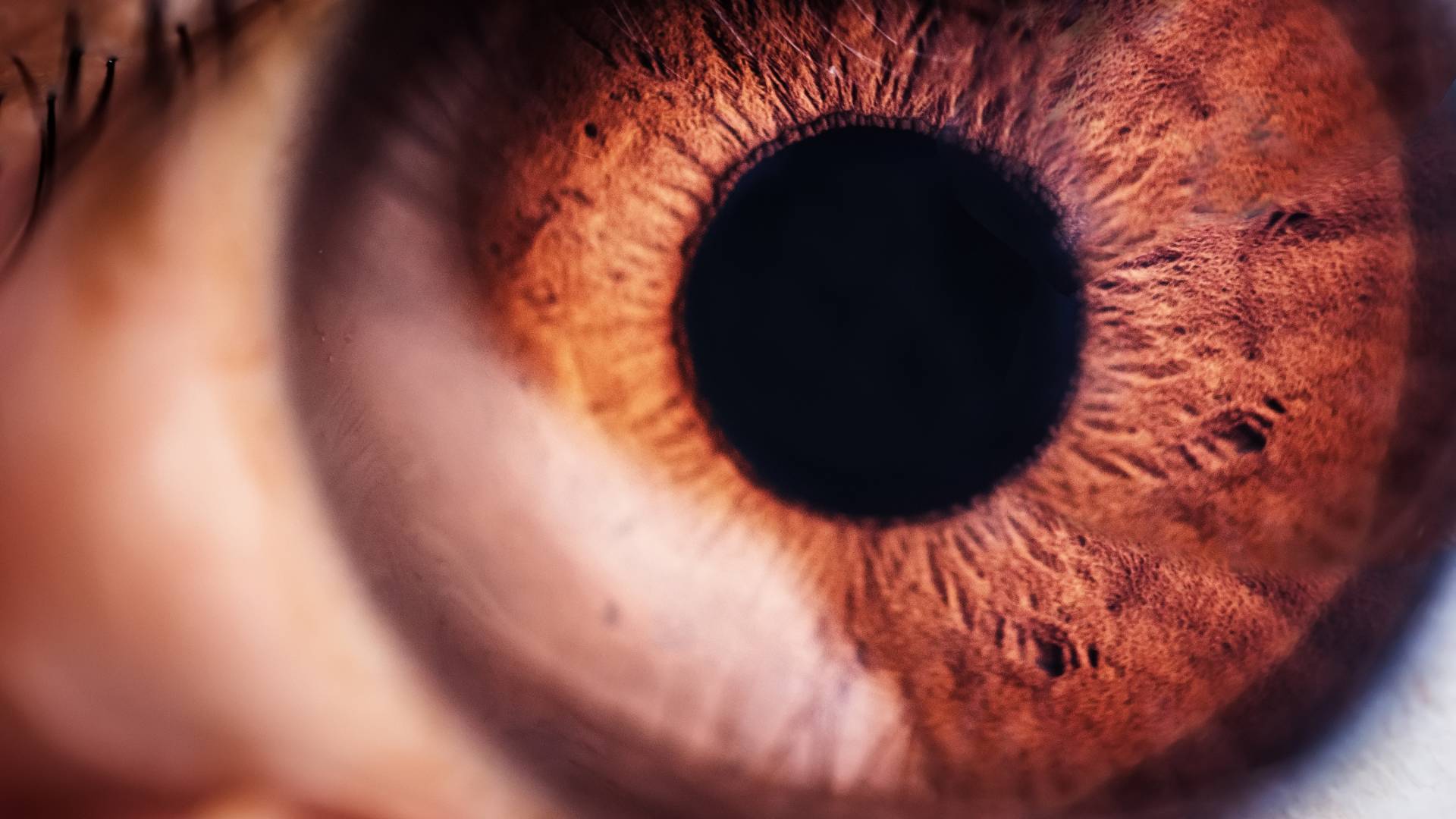 Eyes widen in response to interest and engagement. In a new cognitive study, Princeton scientists have shown that pupils consistently dilate more in response to metaphors than to literal or concrete statements, demonstrating that even everyday metaphors — sometimes called clichés — engage our brains more than plain language.

As busy people, we juggle many tasks, keep many balls in the air, and try to avoid letting anything drop. In class, instructors toss out ideas; sometimes they go over our heads, but other times we grasp them quickly.

The sentences above contain familiar metaphors, sometimes called clichés: common words or phrases borrowed from physical actions to convey abstract concepts. Poets and writers may create new and compelling metaphors, but all of us use hundreds of these everyday metaphors in regular conversations.

A team of Princeton scientists has found a way to measure the impact of this metaphorical language. By tracking split-second pupil dilation as a response to an impactful experience, they've found that our brains consistently pay more attention to conventional metaphors than similar alternatives. For example, “grasping a new idea” triggers a bigger response than either the literal equivalent “learning a new idea” or the concrete phrase “grasping a doorknob.” 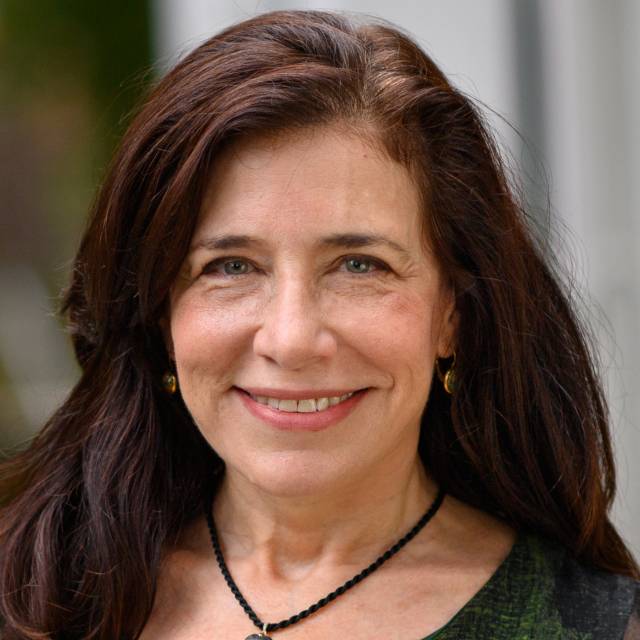 Adele Goldberg, a professor of psychology and an associated faculty member in linguistics

“Language research lies at the intersection of science and the humanities,” said Adele Goldberg, a professor of psychology at Princeton who is also an associated faculty member in the Program in Linguistics. “The concrete terms used in metaphors offer us a way to ground our abstract thoughts in the physical world. The current work encourages us to lean into metaphors to engage with one another more closely.” She is the senior author of a paper appearing in the December issue of the Journal of Memory and Language.

Goldberg and her colleagues plan to investigate whether everyday metaphors evoke the same effect in children and neurodivergent people (people whose brains process differently from what is considered typical, including those on the autism spectrum), with the goal of better understanding the role of metaphorical language in communication generally. The researchers also considered the implications for teachers and parents and how metaphorical language might help them communicate more effectively with students and children.

“We’re interested in why people on the autism spectrum often struggle with language,” Goldberg said. “It’s the one population that often learns language late and sometimes not at all. When people with autism do learn language, they can have trouble understanding sarcasm and metaphorical language. We’d like to test a group of highly verbal people with autism to see if they show the same effect as the neurotypical people in the current study.”

The research process centered on the fact that the pupil — the black dot at the center of the eye — dilates in response to emotionally charged or intellectually engaging experiences.

“Many people don’t realize that the pupil expanding is an indication — a measurable indication — that you’re more engaged,” Goldberg said. Her previous work used fMRI brain scans to show that the amygdala, considered the emotional center in our brains, responds more to metaphors than literal language. This time, the researchers wanted tighter time controls. It takes a couple seconds for blood to flow to a new section of the brain and light up an fMRI scan, but pupils respond in a fraction of a second. 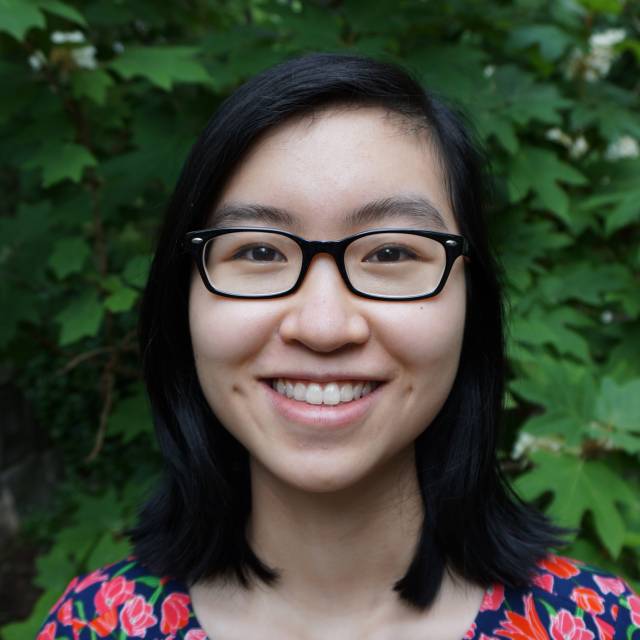 The project was initiated by Serena Mon, a member of the Class of 2020, during her junior year. Her research continued into her senior thesis. “I found it fascinating that we could see the real-time responses, word by word, in how pupil size was changing,” said Mon. “We saw over and over again that when our subjects reached the metaphorical part of the sentence, that split second was when the pupils dilated.” In addition, the pupils remained dilated for a couple of seconds, suggesting a significant level of increased engagement.

Mon had wanted to separate out the possibility that humans just prefer concrete visuals like balls and grasping hands to conceptional words. “In Adele’s previous work, they had looked at metaphor versus literal,” said Mon, whose work won her the George A. Miller Prize in Cognitive Science, given annually to the best interdisciplinary senior thesis in cognitive science. “We were thinking that with a third category — the concrete — it would really help us identify: What is it that makes metaphors more engaging than these other two control types of sentences?”

So instead of simply comparing a common metaphor such as “grasp an idea” to a literal paraphrase such as “understand an idea,” as had been done in the fMRI study, Mon added a third category: a concrete description that used the same key words, but in a purely literal way, such as “grasp a rail.”

The team created a database of 180 sentences — 60 metaphors, 60 literal translations of the metaphors and 60 concrete phrases — all of which were put through an exhaustive “norming” process to make sure listeners judged them to be equal in terms of familiarity, complexity, intensity, plausibility and positivity. Mon has since made the database publicly available for other researchers.

In addition to measuring participants’ pupils as they listened to sentences, the researchers also asked different groups of participants questions about them, as part of the norming process. They found that when metaphorical and literal sentences were compared directly, participants judged metaphorical sentences to be significantly more emotional and convey richer meaning, but they were not considered any more informative. When they combined this with the pupil data, the researchers concluded that conventional metaphors are measurably more engaging than literal paraphrases or concrete sentences in a way that is not a function of difficulty or amount of information.

“Some people feel these types of very conventional metaphorical expressions are clichés to be avoided, but insofar as they are more engaging, there is no reason to shy away from them,” said Goldberg, who is also the associate chair of Princeton’s Department of Psychology. “Maybe that’s a moral for teachers or for parents. If we want to engage our students or our children, these can help, so don't avoid them.”

This work confirms and extends earlier findings from Goldberg’s group in collaboration with then-postdoctoral researcher Francesca Citron, now a professor at Lancaster University, which had found greater amygdala activity in response to metaphors compared to literal paraphrases in a series of fMRI studies. The researchers had originally hoped that the pupillometry study would tease apart emotional and cognitive engagement, but this proved difficult.

“We think of the amygdala — part of the lizard brain — as the seat of emotions like fear, but there’s research showing that the amygdala is more active when we are cognitively engaged as well,” Goldberg said. “Pupils likewise dilate in response to both emotional engagement or cognitive engagement. In fact, we’re hard pressed to come up with a dependent measure that doesn’t react to both.”

She added: “It may not surprise anyone who has made a major life choice, taken an exam or fallen in love, that cognitive and emotional engagement are closely related. When you’re emotionally engaged, you’re also focused, and when you’re cognitively engaged, there’s an emotional response as well. I’m beginning to think that they are so tightly connected that there may not be an unambiguous way to tease them apart.”

The other researchers on the team are graduate student Mira Nencheva; former postdoctoral research fellow Francesca Citron, now a lecturer in psychology at Lancaster University in England; and Casey Lew-Williams, a professor of psychology.