The Department of Chemistry 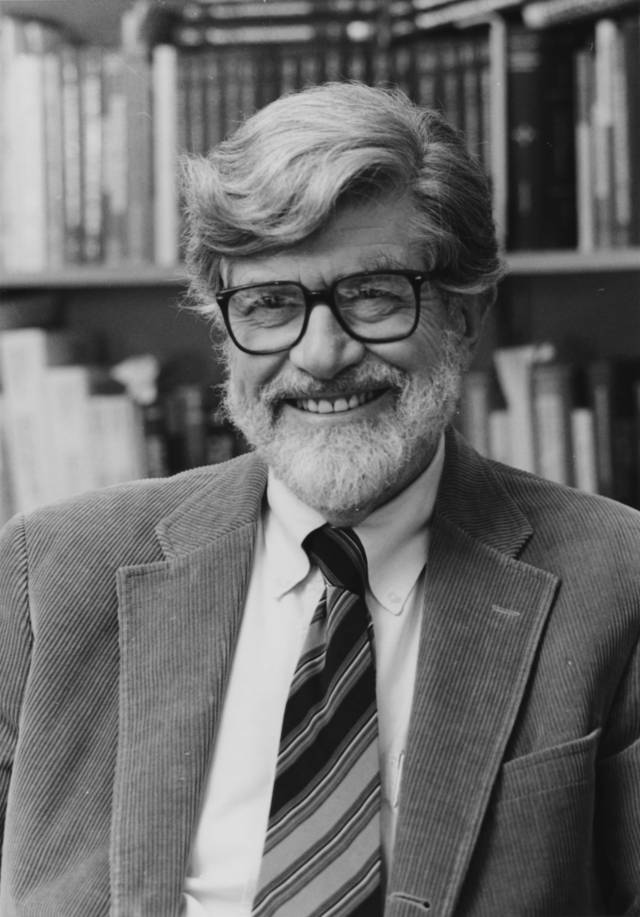 Kurt Mislow, the Hugh Stott Taylor Professor of Chemistry Emeritus at Princeton University and a pioneer in the theory of modern stereochemistry, died on Oct. 5. He was 94 years old.

Mislow joined the Princeton faculty in 1964 and transferred to emeritus status in 1988.  He served as chair of the chemistry department from 1968 to 1974.

"Kurt Mislow was a scholar of the very highest rank, a dedicated and gifted teacher, and a much admired leader within our community, said Tom Muir, the Van Zandt Williams Jr. Class of 1965 Professor of Chemistry and chair of Princeton's chemistry department. "He exemplified the teacher-scholar ethos that we all aspire to. He will be sadly missed both in our department, and by the chemistry community generally."

A principal theme of Mislow's research was introducing the concepts of symmetry and chirality into stereochemistry to better understand how structure relates to function. Stereochemistry is a subject that analyzes the three-dimensional arrangement of molecules and atoms in space. The field is fundamental to many scientific disciplines, such as physics, biochemistry, genetics, pharmaceuticals and nanotechnology.

Chirality is a term derived from the Greek word for "handedness." An object is chiral if and only if it is not superimposable on its mirror image. The manifestations of chirality in daily experience are strikingly obvious.

"All of us experience elements of stereochemistry in our daily lives," said John Groves, the Hugh Stott Taylor Chair of Chemistry. "A pertinent example is presented by the aromas of our favorite foods — dill smells different to most of us than caraway because one contains the left-handed version of a chiral molecule called carvone, while the other contains the right-handed one. Our olfactory senses can detect the difference. Kurt defined for us how that differentiation occurs."

In order to describe the complexity of molecular structures, Mislow created a new, precise lexicon that is now standard in this field. He also designed and synthesized the complex organic molecules necessary to validate his symmetry-based predictions. Many of the chiral species that are used in industrial syntheses to prepare enantiopure pharmaceuticals rely on the classes of molecules that Mislow first described and prepared in his laboratory.

"Mislow was an uncompromising scholar, whose work exemplified the beauty and the impact of fundamental research," said Dennis Dougherty, the George Grant Hoag Professor of Chemistry at the California Institute of Technology. Dougherty received his Ph.D. in chemistry from Princeton in 1978, under the supervision of Mislow.

Mislow was born in Berlin, on June 5, 1923. With the rapid rise of National Socialism in Germany, his family moved first to Milan in 1936, then to London in 1938. In September 1940, as the Luftwaffe began its bombing raids on London and just as Mislow was about to enter the University of Cambridge, the crucial affidavit arrived from his uncle, the well-known photographer Alfred Eisenstaedt. This allowed his family to immigrate to the United States, where they settled in New York City.

Mislow received his bachelor's degree from Tulane University in 1944, and his Ph.D. from the California Institute of Technology, under the direction of Linus Pauling, in 1947. He joined the faculty of New York University before coming to Princeton.

After Mislow transferred to emeritus status, he devoted his time more fully to topology, also termed “rubber sheet geometry,” creating a rigorous quantitative analysis of deformable chiral molecules, such as knots and links. He developed a hierarchical taxonomy of knotted proteins while delineating principles for specifying chirality in molecular knots that are found in DNA. He proposed a unique perspective on the function-form relationship of these entwined molecular superstructures and the origins of chirality.

Mislow maintained a cautionary concern regarding the interaction of social and public policies and the scientific enterprise. In 1988, he taught a graduate course, “Social Responsibilities of Scientists,” that addressed the moral questions of chemical, biological and nuclear weaponry, genetic engineering, and other salient topics. He recognized that science is value-laden and has the capacity for great harm as well as great benefit.

"His commitment to truth in science and righteousness in human relations was unwavering, whether or not the matter was consequential," said Bart Kahr, a professor of chemistry at New York University, and Mislow's former student. "This was unbreakable training; always try to be as faithful as possible to what is right, so that it becomes habit."

Mislow was known for his commitment and passion in  teaching undergraduate and graduate students. "Students in introductory organic chemistry learn to attach molecular fragments to tetrahedral carbon," said Groves. "Kurt taught us that attaching three benzene rings to just one tetrahedral carbon can lead to as many as 32 different arrangements of those atoms! Kurt taught us how to find simplicity of concept amid what otherwise would be molecular chaos. His rigor and clarity of thought are an inspiration to us all."

In addition to being a scientist, he was a humanist, with broad interests in philosophy, history, neuroscience, literature and music.

In addition, he was awarded the Solvay Medal from the Free University of Brussels (1972). He received the American Chemical Society's James Flack Norris Award in Physical Organic Chemistry (1975); the Scientific Achievement Award Medal, CCNY (1988); the William H. Nichols Medal Award (1987); the Sesquicentennial Medal, Tulane University (1997); and an Arthur C. Cope Scholar Award (1995). He was the first recipient of the Prelog Medal (1986), and was awarded the Chirality Gold Medal (1993).

Mislow was elected to the National Academy of Sciences in 1972, a fellow of the American Academy of Arts and Sciences in 1974, a fellow of the American Association for the Advancement of Science in 1980, and a foreign member of the Accademia Nazionale dei Lincei in 1999. He was Sherman Fairchild Distinguished Scholar at the California Institute of Technology in 1990, 1991 and 1994, and received the Distinguished Alumni Award from that institution in 1990. Mislow has held numerous honorary lectureships in the United States and abroad, and has served on the editorial advisory boards of many noted scientific journals.

He authored or co-authored over 350 articles in professional journals and wrote "Introduction to Stereochemistry" in 1965, a book that is still used in teaching and referenced in major research publications.

"In the presence of [Mislow] you felt that you were privileged, to be with him in the empire of real intellect," said Roald Hoffmann, the Frank H.T. Rhodes Professor of Humane Letters, Emeritus, at Cornell University. "He thought about the geometry and structures of molecules more deeply than any other person in our field."

View or share comments on a blog intended to honor Mislow's life and legacy.