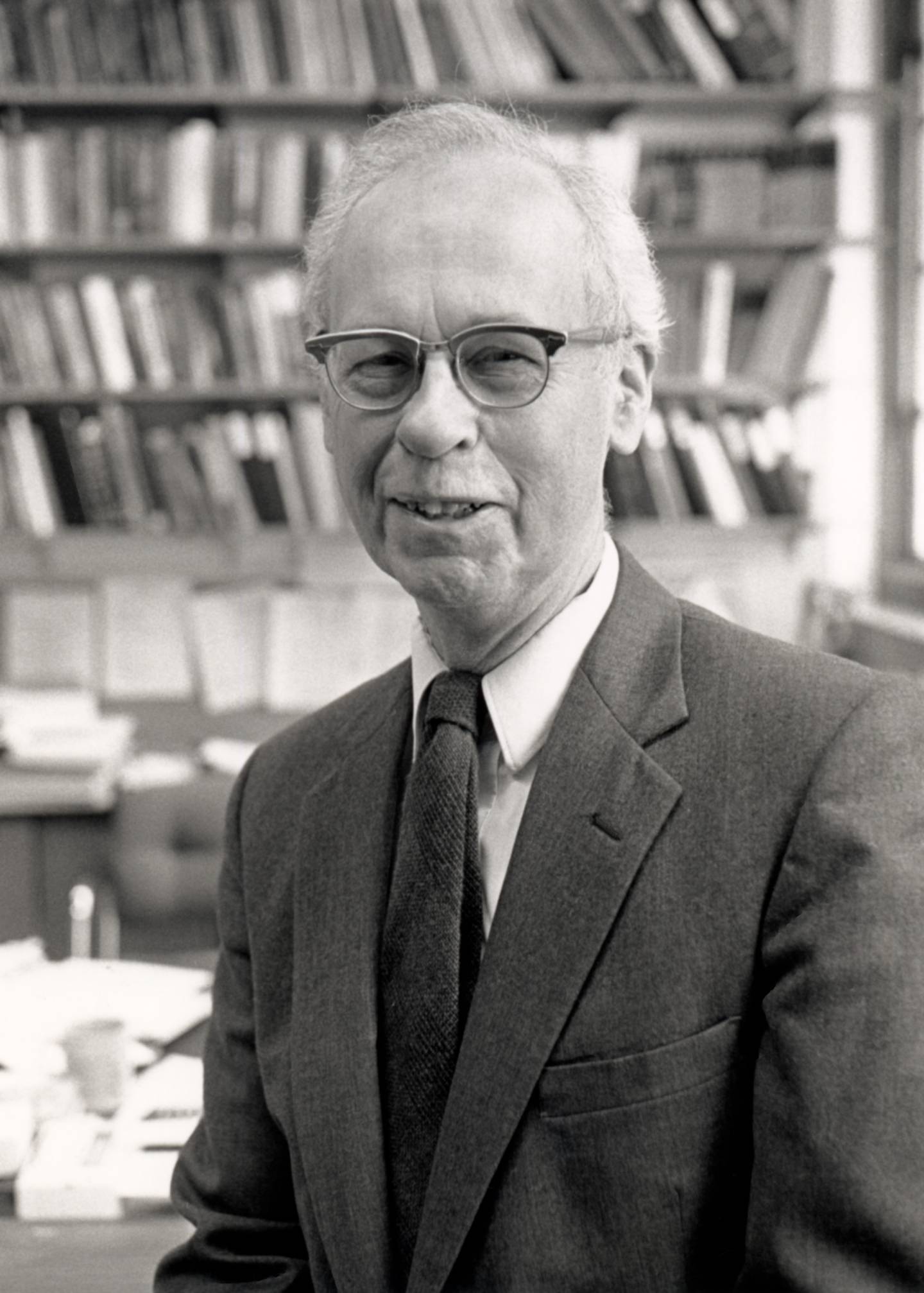 McClure joined Princeton's faculty in 1967 and transferred to emeritus status in 1991.

McClure focused on physical inorganic chemistry. He made "pioneering contributions to the fields of molecular spectroscopy and condensed-matter physics," said Tom Muir, the Van Zandt Williams Jr. Class of 1965 Professor of Chemistry and chair of the department.

"He remained an active member of our community well past his retirement — regularly attending seminars — and will be very much missed," Muir said.

"Don McClure will long be remembered as a pioneer who changed the course of inorganic chemistry," said Harry Gray, the Arnold O. Beckman Professor of Chemistry at the California Institute of Technology. "Most notably, his groundbreaking spectroscopic work led to widespread acceptance of the ligand field theory of inorganic electronic structure."

Electronic spectroscopy is the science by which the motion of electrons in molecules and crystals is revealed. The work allows for better understanding of properties such as color, electrical conductivity and chemical bonding — with widespread applications used in chemistry, biology and physics.

McClure published more than 130 papers in chemistry and physics journals, a book, "Electronic Spectra of Molecules and Ions in Crystals," and chapters of several other books. He studied the phosphorescence of organic molecules, the electronic levels of key organic molecules of the heterocyclic class, and photochemical processes. He also focused on the spectra of inorganic ions in ionic crystals and multiphoton spectroscopy using lasers.

John Groves, the Hugh Stott Taylor Chair of Chemistry at Princeton, said: "Don was a real pioneer. His work in spectroscopy led to deep understanding of such things as the origin of the remarkable colors of gem stones and related crystals. In an era before the invention of lasers, he showed great insight and ingenuity in devising ways to measure the life times of excited electronic states of organic molecules. Today, the bright OLED (organic light-emitting diode) screens on cellphones derive from discoveries Don made on how these electronic excited states generate phosphorescence."

"Don McClure was one of Princeton’s most eminent scientists," said Thomas Spiro, a professor of chemistry at the University of Washington who served as chair of the Princeton chemistry department during McClure's time there. "Early in his career, he made vital contributions to the development of ligand field theory, a major milestone of modern chemistry. Over the years, Don trained many scientists who went on to their own distinguished careers. He was a quiet and modest man, and a loyal friend."

Edward Solomon, the Monroe E. Spaght Professor Chemistry at Stanford University, was a Ph.D. student with McClure from 1968 to 1972 and spent a year as a postdoc with McClure's research group. Said Solomon: "My graduate studies with Don were a unique experience; he taught me to think at the edge between experiment and theory. Don was a world-leading spectroscopist, with intense interest in both inorganic and organic molecules and materials. His research developed many of the fundamental concepts in both fields, often without receiving the full credit he deserved. Well after retirement, Don stayed strongly interested in science including visits to Stanford to learn about and discuss my research directions always with insightful questions and comments."

Among his honors, McClure was elected to the National Academy of Sciences in 1982. He was a fellow of the American Academy of Arts and Sciences and the American Physical Society, from which he received the Irving Langmuir Award in Chemical Physics in 1979. He received Guggenheim and Humboldt fellowships and served on the editorial boards of Chemical Physics and the Journal of Luminescence.

In recognition of McClure's career, in 1991 the chemistry department held a two-day "spectroscopic celebration" at Princeton, which drew some 200 attendees, many of whom were former students.

McClure is survived by his brother, Richard, of Ellicott City, Maryland; children Edward of Princeton and Katherine of Kingston, both New Jersey, and Kevin of Austin, Texas, and their spouses; and grandchildren Nicholas, William, AmiLin and Ian.

Donations may be made in McClure's memory to the National Academy of Sciences by mail or by phone as described on the website.

View or share comments on a blog intended to honor McClure's life and legacy.