Princeton University student Jacob Kaplan, Class of 2019, died Dec. 24. He was 21. Kaplan had been receiving care for angiosarcoma, a rare cancer, at Memorial Sloan Kettering Cancer Center in New York.

Kaplan was from Chatsworth, California. Funeral services will be held at 12:30 p.m. Thursday, Dec. 28, at the Mount Sinai Memorial Park in Simi Valley, California. A campus memorial is being planned and more details will be announced later. 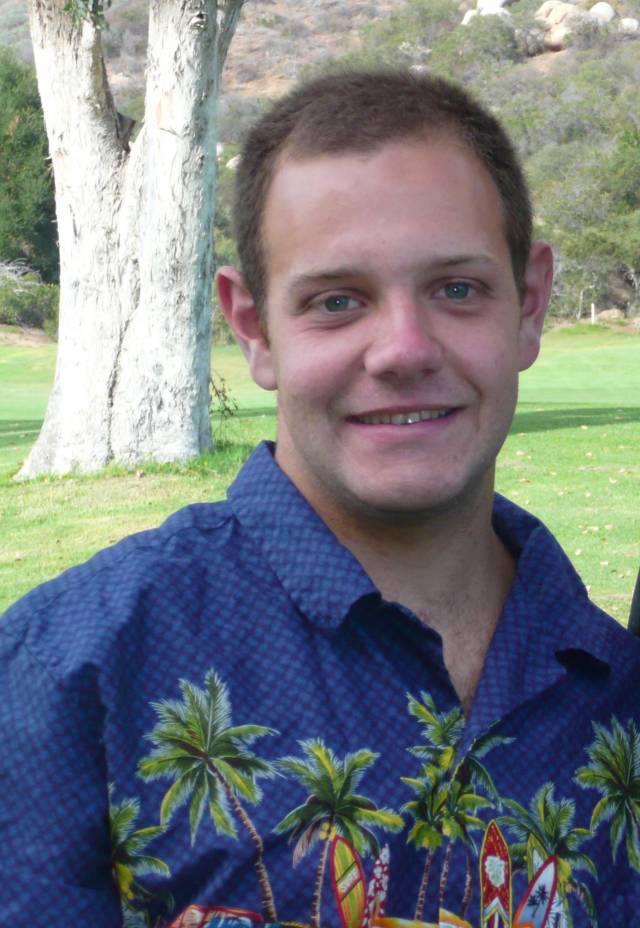 Photo courtesy of the Kaplan family

A computer science major and a member of Whitman College, Kaplan was a former co-captain of the club baseball team. He was a member of Quadrangle Club, and also was involved with Chabad and the Center for Jewish Life-Princeton Hillel (CJL). He originally entered the University in the Class of 2018, though had to take off a semester last spring because of his illness.

"We are deeply saddened by the loss of Jacob Kaplan, someone who took so much pride in being a Princetonian and in being such an active and generous member of Whitman College as well as a number of other organizations on campus," said Sandra Bermann, head of Whitman College and the Cotsen Professor in the Humanities and professor of comparative literature. "Jacob was beloved by us all for his humor, determination and his great gift for friendship."

The University community rallied around Kaplan since his diagnosis with stage 4 angiosarcoma in April, a few days after his 21st birthday. Fundraisers were held in his honor and people across campus donated to support his medical costs. Kaplan's GoFundMe campaign raised more than $130,000 for his specialized cancer treatments.

"On the evening of December 24th 2017 the world lost the most amazing person we have ever known. He was our best friend and son and brother," Kaplan's family wrote on his GoFundMe page. "Jacob Kaplan was so kind and so funny. He could make anyone laugh and he made us laugh harder than anyone else we have ever known. We will never forget him."

In messages posted online last spring, Kaplan said he was hopeful "to beat this cancer" so he could finish his degree. He was able to return to Princeton in the fall until becoming very ill earlier this month.

Rabbi Ira Dounn, senior Jewish educator at CJL, said Kaplan loved being a Princeton student. In addition to his computer science major, Kaplan had a special interest in linguistics.

"Jacob wanted to study despite his illness, and had been here all semester," Dounn said. "It's simply remarkable how committed he was to his studies and to our community. He even brought a book to the hospital in the hopes of doing work there."

Laura Kalin, assistant professor of linguistics, said she will miss having Kaplan in her classes and their conversations about "linguistics and life" during her office hours.

"Jacob was extremely quick to grasp new concepts and sort through complex data, but what stood out to me was how much he truly cared about understanding and engaging with the course material," Kalin said. "Jacob consistently pursued our topics far more deeply than was required to get a good grade; and he worked extremely hard to ensure that cancer did not disrupt his learning. Discussions that I had with Jacob will inform my thinking and teaching for years to come."

Rabbi Eitan Webb, director of the Scharf Family Chabad House at Princeton, said Kaplan was known for bringing people together. For example, Kaplan started an annual dreidel tournament at Quadrangle Club as a fun way to celebrate the Jewish holiday of Hanukkah with friends across campus.

"Jacob's presence filled the room. He wasn't loud, but there was a positive air that he always had about him. He would walk into a room and immediately look to make others comfortable," Webb said. "Over the course of his illness, Jacob pulled people together from every corner of Princeton's community. Thousands of people donated funds, prayed and rallied to his cause."

Dounn said one way to honor Kaplan's memory is to make other people feel good.

"Jacob was somebody who loved to make others laugh, and he was excellent at it. He was always telling jokes, always bringing joy and smiles to me and everybody around him," Dounn said. "Let us do all that we can now to make Jacob's memory a blessing. ... And to make others laugh in the process as Jacob would have done."

Kaplan is survived by his parents Robyn and Mike and sister Shelby, among many family and friends.

Memorial donations may be made to the nonprofit organization Angiosarcoma Awareness Inc.

The Center for Jewish Life has set up a form [Google account required) through which people can leave comments and submit photos in his memory.