Leda Kopach for the Princeton Institute for International and Regional Studies

After senior Faridah Laffan read the work of Brazilian art and architecture historian Amy Buono describing the Portuguese influence on Brazilian religious objects, she was intrigued. The history major found the relationship fascinating and was convinced that the subject matter would make a great topic for her senior thesis, especially if she could travel abroad and experience this unique part of history for herself.

In fact, she did. Laffan and nine of her classmates had the opportunity to travel internationally this past summer after applying and being accepted into the undergraduate fellowship program administered by the Princeton Institute for International and Regional Studies (PIIRS). While Laffan spent several weeks studying azulejos, or painted tiles made in Portugal, other students took on projects such as researching refugee camps in Calais, France, and learning about travel along the Congo River.

Through the fellowship program, PIIRS provides the necessary funding for students to travel in order to really delve into their subject matter and conduct the research necessary to write their senior theses. Academic support is also part of the equation. The cohort of students and the fellowship adviser meet regularly before and after their travel to fine-tune their projects, which often pivot after the research abroad.

“Undergraduates are at the core of what we do at PIIRS, and the students we are fortunate to fund are astonishing,” said Stephen Kotkin, director of PIIRS and the John P. Birkelund ’52 Professor of History. “We want them out in the field, engaged in their own research, exploring, trying to make sense of complicated places. We hope they come back with new ways of understanding not only the cultures they visit, but also, upon return, their own.”

Julia Elyachar, an associate professor of anthropology and adviser of the program, likens the experience to graduate-level research. “The Undergraduate Fellows Program is distinctive because of the type of research students are conducting,” she said. “They must be open to questioning their original assumptions. We want students who are highly independent learners and workers, and who are able to work together collaboratively with a cohort.” 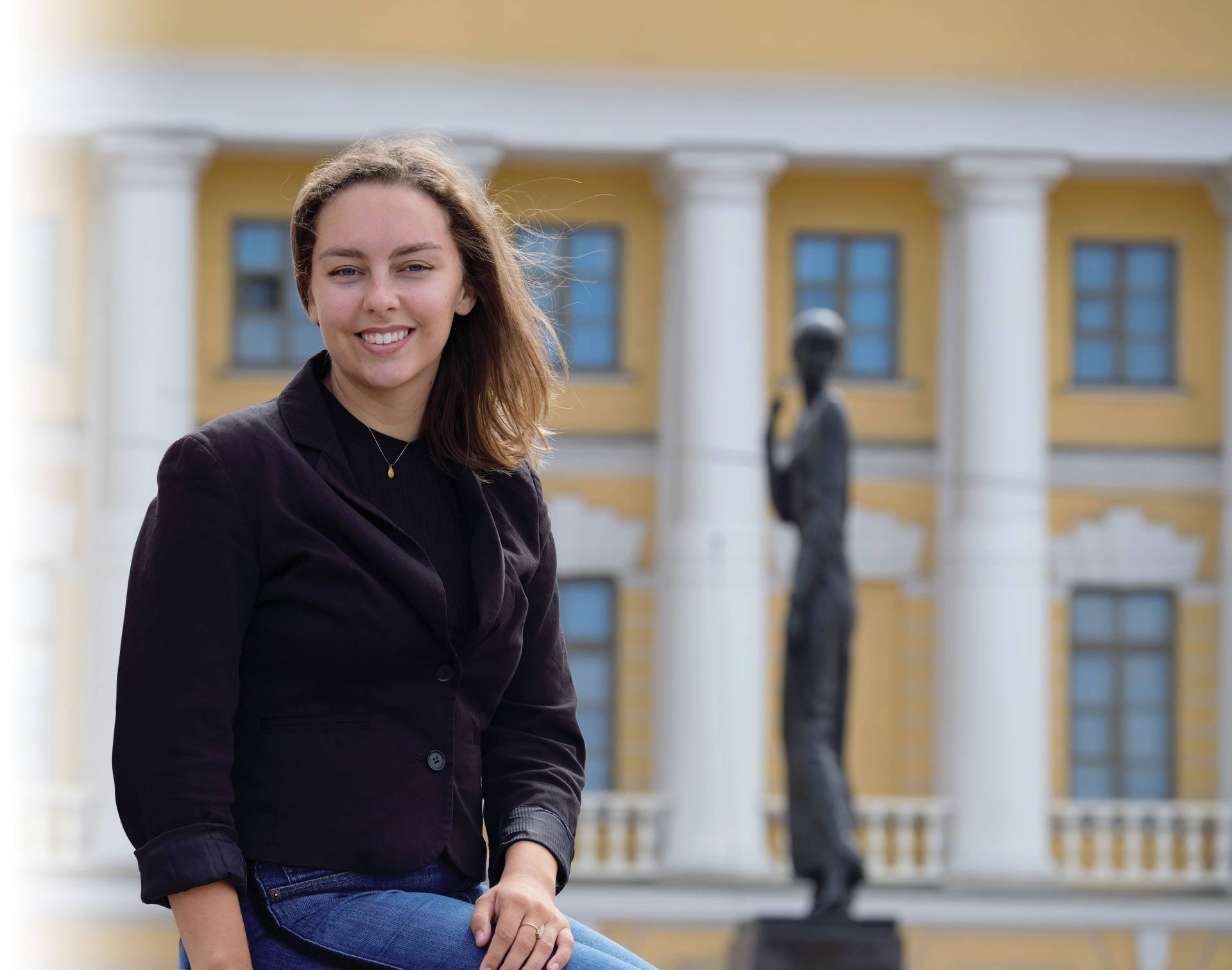 I became a Slavic major at Princeton, in large part, so that I could engage with Russian poetry in the original language.

Since high school, two of my favorite writers have been Anna Akhmatova and Marina Tsvetaeva.

Last summer I researched the biographies and writings of these extraordinary poets in Russia.

For my senior thesis I will examine their relationship: Tsvetaeva greatly admired Akhmatova, and the two exchanged letters throughout their lives.

I am particularly interested in how a writer’s biography and environment can influence her poetry. Thanks to the support of PIIRS, I was able to spend time in the home cities of both poets: St. Petersburg and Moscow.

In St. Petersburg I visited Akhmatova’s apartment-museum, which includes original furniture and a collection of Akhmatova’s books and manuscripts. I also saw the monument to Akhmatova across from the city prison, which commemorates Akhmatova’s “Requiem,” a poem that describes the hundreds of women who stood in line to hear news of their husbands and sons during Stalin’s terror.

In addition to my academic senior thesis, I am writing a play about the poets’ lives and relationship, titled “Letters and Dreams,” which will be staged at the Lewis Center for the Arts in January. 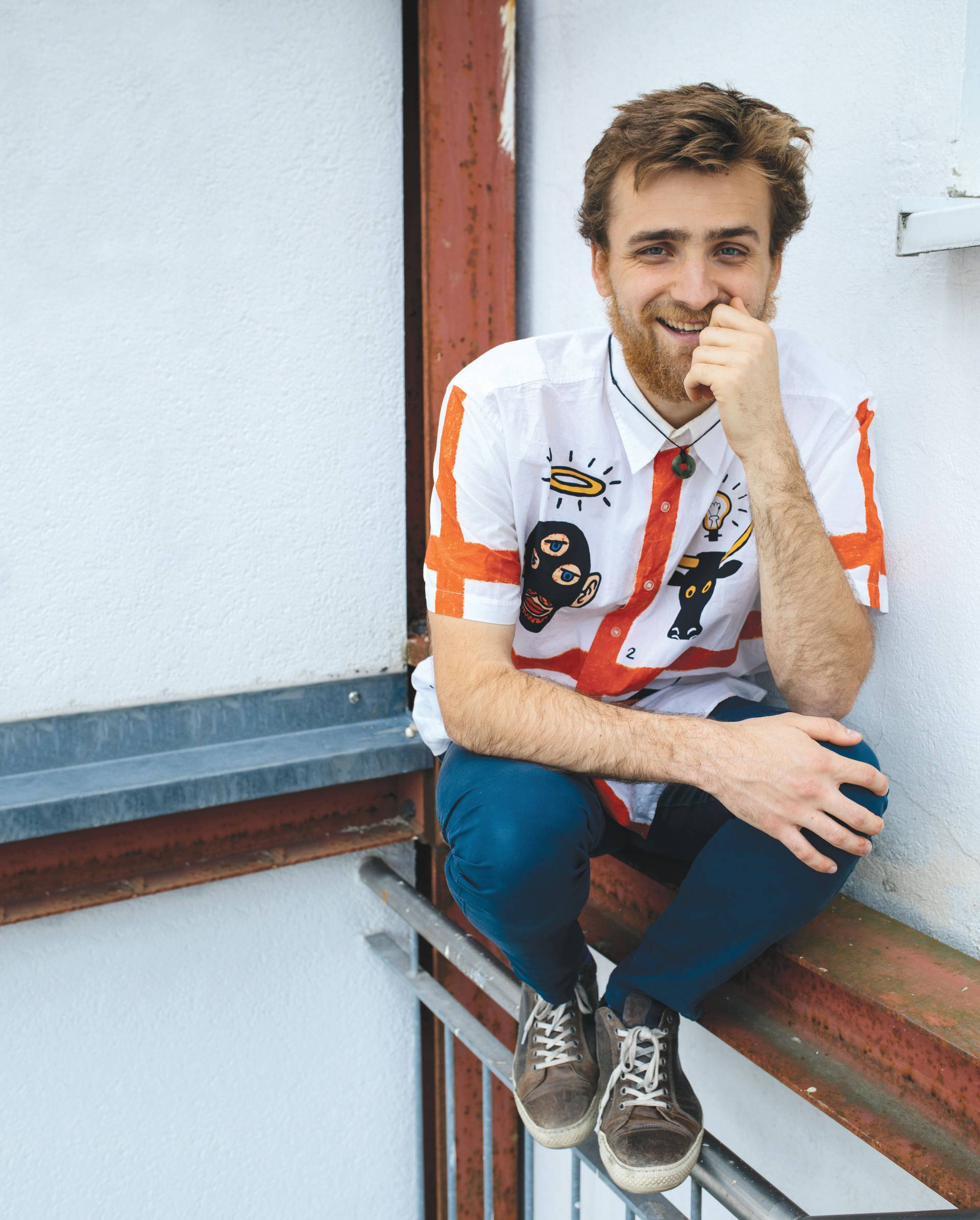 My research this summer was based primarily in Berlin, where there is a thriving community of internet artists whose work looks to visualize the internet in a range of ways.

Since the widespread adoption of the web in the 1990s, the internet has become an increasingly complex and confused political space, where there are many issues of access, censorship and concern over the distinction between public and private zones.

It came to my attention over the summer that one of the primary reasons that the internet is an increasingly confusing and dangerous space is that very few of those who use it understand what is actually going on behind the scenes.

For my senior thesis [computer science], I will be creating an animated short that tells the story of how data travels from the lid of a laptop to the gates of Google and back again, as an alternative pedagogical explanation of the technical concepts that underlie the most ubiquitous medium of data transfer in today’s world.

The data packet will likely be represented as a cartoon character that is advised by various protocols at each stage of its journey. The animation will be in 3-D, and will ideally be three or four minutes in length. My hope is that this short offers an alternative way of understanding the internet that is less threatening than the dense, technological explanation of its functionality. 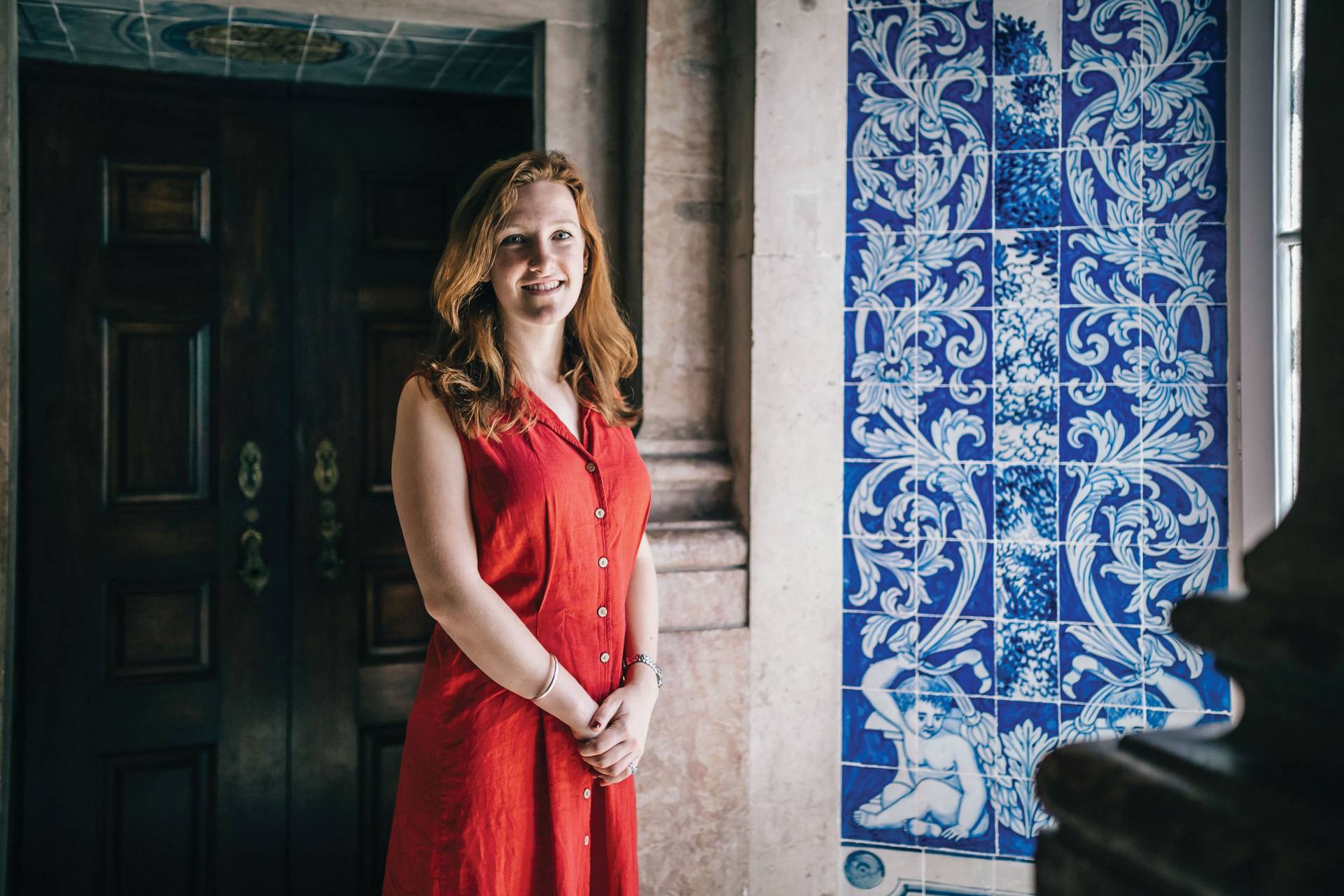 My thesis topic was inspired by the work of Amy Buono, who studies religious objects and spaces that came out of the Portuguese colonization of Brazil. She discusses azulejos, painted tiles made in Portugal that cover sacred and secular spaces in Portugal, Brazil and other parts of Portugal’s erstwhile empire. I wanted to learn more about them.

What stories could they tell? Why were they packed into ships and installed in Brazil?

To answer these questions, my PIIRS funding took me to three cities: Lisbon, in Portugal, and Rio de Janeiro and Salvador da Bahia, in Brazil.

I visited the National Azulejo Museum in Lisbon and studied the creation of azulejos and their history, and then went on to study a selection of 18th- century tiles that cover the walls of a Franciscan cloister in Salvador.

What makes this selection particularly interesting is the fact that, despite their location in an inherently religious location, they show classical, secular imagery rather than biblical, religious imagery.

Why would a group of 18th-century Brazilian friars ask that their cloister be covered in images of classical stories? What exactly was the relationship between Catholicism art and the Enlightenment in Brazil as opposed to in Europe? I hope to answer at least some of these questions as I continue with my research.