A new installation about Woodrow Wilson’s legacy by acclaimed artist Walter Hood has been commissioned to be placed on Scudder Plaza beside Robertson Hall, home of the Woodrow Wilson School of Public and International Affairs. 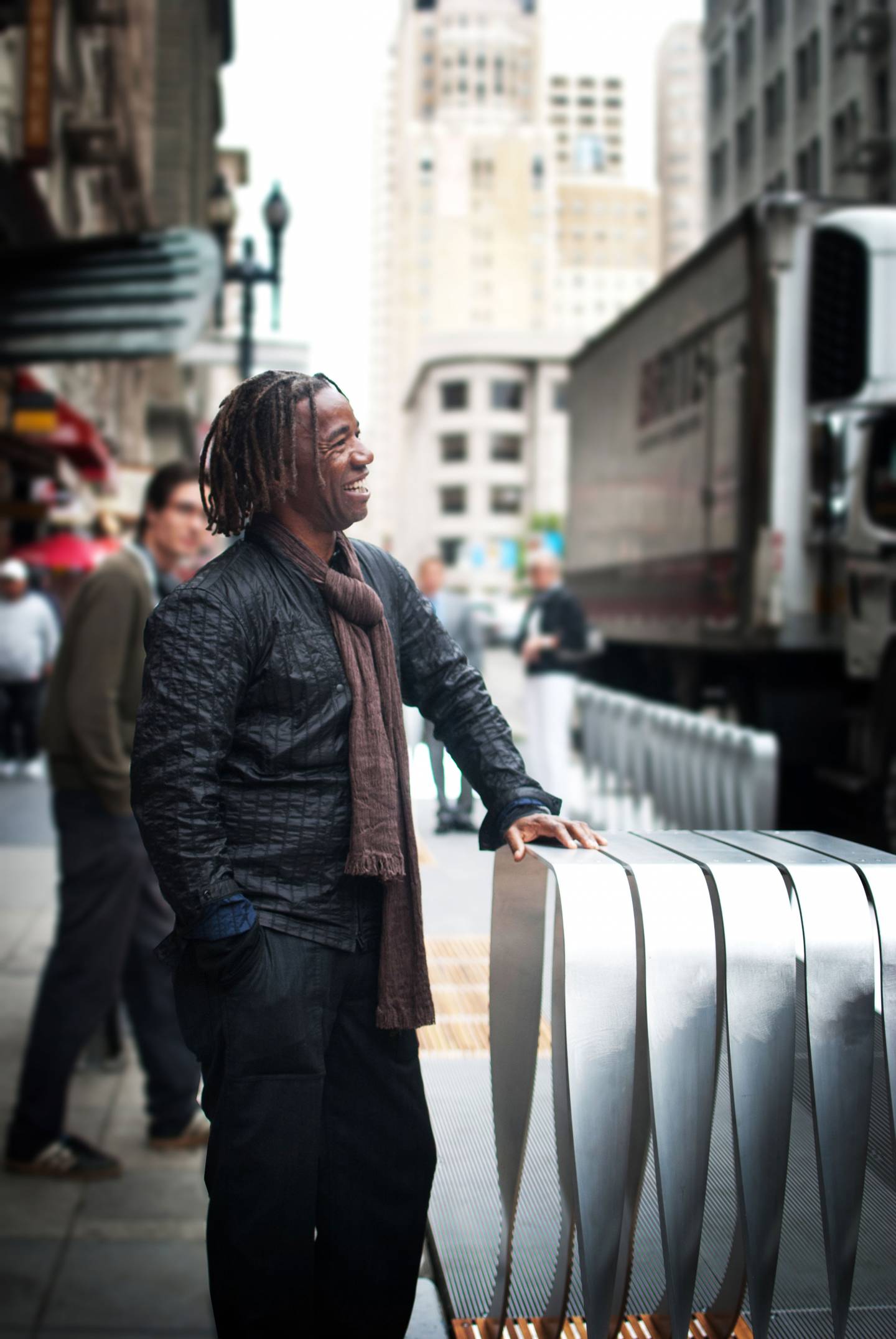 In 2015, a Princeton University trustee committee was established to make recommendations about how the University should mark the legacy of Wilson, the University’s 13th president and the 28th president of the United States. One of its recommendations was that a “permanent marker” be installed at the Woodrow Wilson School that “educates the campus community and others about the positive and negative dimensions of Wilson’s legacy.”

In April 2016, the trustees adopted the recommendation and a “marker” committee was formed. This committee was charged with collecting information about how other colleges and universities have created markers to reflect their history; gathering suggestions via a website from the University community, including its alumni, about the proposed installation; and recommending an installation that would educate the campus community and others.

Titled "Double Consciousness,"* the installation is designed to be a vertical sculpture of two columnar elements, wrapped with surfaces of black and white, etched with words representing the complex aspects of Wilson’s legacy. The work’s name is drawn from W.E.B. DuBois’s 1903 publication “Souls of Black Folk,” which articulated for the first time the concept of a double consciousness, or having an identity divided into dual facets.

“The committee selected this proposal for its honest reflections on the complexities of Wilson’s legacy and its innovative and compelling design,” said Cecilia Rouse, dean of the Woodrow Wilson School, and Ron McCoy, University Architect, who served as the committee co-chairs.

Hood is the creative director and founder of Hood Design Studio in Oakland, California. He also is a professor of landscape architecture at the University of California, Berkeley, and lectures nationally and internationally on professional and theoretical projects. He was a recipient of the 2017 Academy of Arts and Letters Architecture Award.

Hood Design Studio works on a number of projects related to art and fabrication, design and landscape, and research and urbanism. The studio’s award-winning work has been featured in Dwell, The Wall Street Journal, The New York Times, Fast Company, Architectural Digest, Places Journal and Landscape Architecture Magazine.

Hood’s proposal contemplated a process through which he would hear directly from the Princeton University community in order to inform his thinking about the didactic content of the sculpture. To help Hood and his team with this process, a second “content committee” was formed in late 2017 and will begin work in February 2018. Its members include faculty, students and alumni, and like the first committee, is chaired by Rouse and McCoy.

*During the course of the design phase, the name of the installation was changed to "Double Sights."