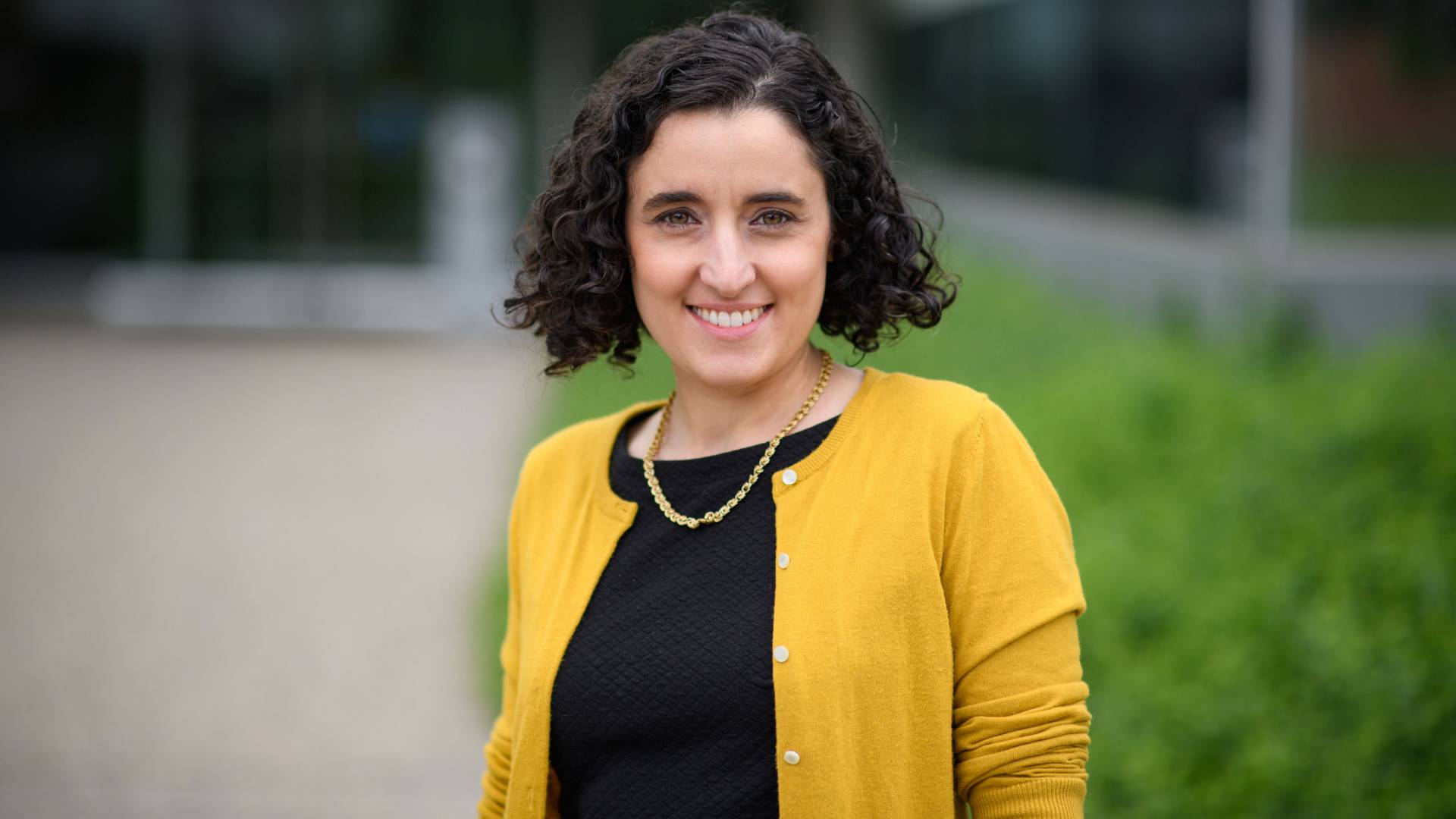 In Ilana Witten's laboratory at the Princeton Neuroscience Institute, researchers use pulses of light to turn on or off brain activity to learn how complex networks of neurons work to accomplish astonishing feats of learning, memory and social interaction.

"Although research has come a long way, we still know very little about what is actually going on in the brain, especially in learning and memory," said Witten, an assistant professor of psychology and the Princeton Neuroscience Institute. "We know that these functions are governed by neural circuits made up of millions of neurons of specific cell types with specific connectivity, but we don’t know exactly how these circuits work."

These questions — how the cells of the brain communicate to enable learning, memory and socialization — inspire Witten, who came to Princeton in 2012. Her research has applications for a range of disorders, including Alzheimer's and Parkinson's disease, autism, learning disabilities and addiction.

She also teaches and shares her passion for science with postdoctoral researchers and students, many of whom are undergraduates, who work in her lab.

For Witten, coming to Princeton was a return to her hometown. She graduated from Princeton High School and earned her bachelor's degree at Princeton, where her parents are faculty members. Her mother, Chiara Nappi, is a professor of physics, now emeritus. Her father, Edward Witten, is on the faculty at the nearby Institute of Advanced Study and is a visiting lecturer with the rank of professor in physics at Princeton.

Though she majored in physics at Princeton, Witten became fascinated with neuroscience during her undergraduate years and performed the research for her senior thesis with Michael Berry II, associate professor of molecular biology and the Princeton Neuroscience Institute. After graduating, she went to Stanford University for her Ph.D., followed by a postdoctoral research fellowship.

"The most interesting thing we do as humans is think," Witten said, "and I am fascinated by understanding how the brain works. These are really challenging problems that involve difficult laboratory experiments and big data sets."

Witten leads a spring semester class for undergraduates on "Basal Ganglia in Health and Disease."

One of the problems that Witten is tackling is drug addiction and the question of why recovering addicts are prone to relapse. With a team of students and funding through Princeton's Bezos Center for Neural Circuit Dynamics, she is studying the neural circuits that contribute to addiction and relapse in rats.

"One hallmark of addiction in both rats and humans is that after periods of abstinence there is enhanced craving for the drug," Witten said. "We are trying to understand how neural circuits contribute to relapse."

A key laboratory technique for this work involves controlling brain activity by shining light on specific regions of the brain. Called optogenetics, the method was pioneered in the laboratory of Witten’s former adviser, Karl Deisseroth, at Stanford.

“This is a rare example of a technique that revolutionized a field and turned it upside down because it works,” Witten said. “It caught on like wildfire, and it has changed what people think it is possible to study.”

First, researchers insert a gene that codes for a light-sensitive protein into specific regions of the brain in mice or rats. Next, the investigators insert a narrow fiber optic wire into the skull to the region containing the light-sensitive neurons. When hit with light of a certain wavelength, the neurons become active, or "fire," sending signals that trigger nearby neurons. The technique can also be used to inhibit the firing of neurons.

One recent finding from Witten's team is that social behavior and spatial learning are linked. In a study involving mice, the team found that certain circuits in the brain are involved in associating a specific location with a socially rewarding behavior, rather like when people associate a favorite coffee shop with good times spent with friends. The work was published last December in the journal Cell.

Witten intertwines research with teaching and mentoring. This spring, she is teaching an undergraduate course on how a specific region of the brain, the basal ganglia, contributes to neuropsychiatric diseases including addiction and Parkinson's disease.

In the lab, she mentors researchers at the postdoctoral and graduate student levels, and also opens her laboratory to undergraduates. In the Cell paper on which Witten was the principal investigator, four of the paper's 13 authors were undergraduates, including HeeJae Jang, Class of 2017.

"I had a spectacular experience having Ilana as a mentor for my junior and senior research paper," Jang said. "She always has doors wide open, both figuratively and literally, for undergraduates despite her busy schedule. She makes sure that undergrads are assigned the right projects depending on their experience."

Another undergraduate who found her footing in the Witten lab is Michelle Park, Class of 2016, who works as a clinical research assistant and is headed to medical school in the fall. "Ilana is extraordinarily engaged and available as a research adviser," Park said. "It was not uncommon for me to receive one-on-one instruction and support from Ilana while working in the lab, even as one of the postdoctoral researchers served as my direct supervisor."

The mentorship in Witten's lab fosters the development of scientists. It also leads to new discoveries, such as about questions involving short-term memory, known as working memory. Working memory is essential for learning, but a number of disorders lead to its decline, including schizophrenia, attention deficit hyperactivity disorder and Parkinson’s disease.

One experiment conducted in Witten's lab involves measuring how well rats remember which levers they've pushed to get a reward. After running the experiment, the researchers deliver light to a specific population of neurons within the neural circuit.

"What is fascinating about reward circuitry is that the same neural circuits mediate a wide range of behaviors, including working memory," Witten said. "It is these same brain areas that are hijacked by drugs of abuse.

How the brain makes choices is the question being addressed by a major new initiative announced last fall called the International Brain Laboratory. Witten is one of 21 investigators chosen to participate in the $15 million project, which is funded by the Simons Foundation and the Wellcome Trust. In 2017, she received the Freedman Prize for Exceptional Basic Research, which recognizes research funded by the Brain & Behavior Research Foundation's Young Investigator Grants.

Through this project as well as funding from the National Institutes of Health, the Alfred P. Sloan Foundation, the Pew Charitable Trusts and other charitable foundations, Witten is tackling the big-picture questions about the brain while sharing her passion for research with a new generation of scientists.

This passion shows, according to the undergraduates who work with her. "Ilana was always communicating her enthusiasm for science and research to her students in the lab," Park said. "I feel very fortunate to have had her as a mentor in my first introduction to scientific research."