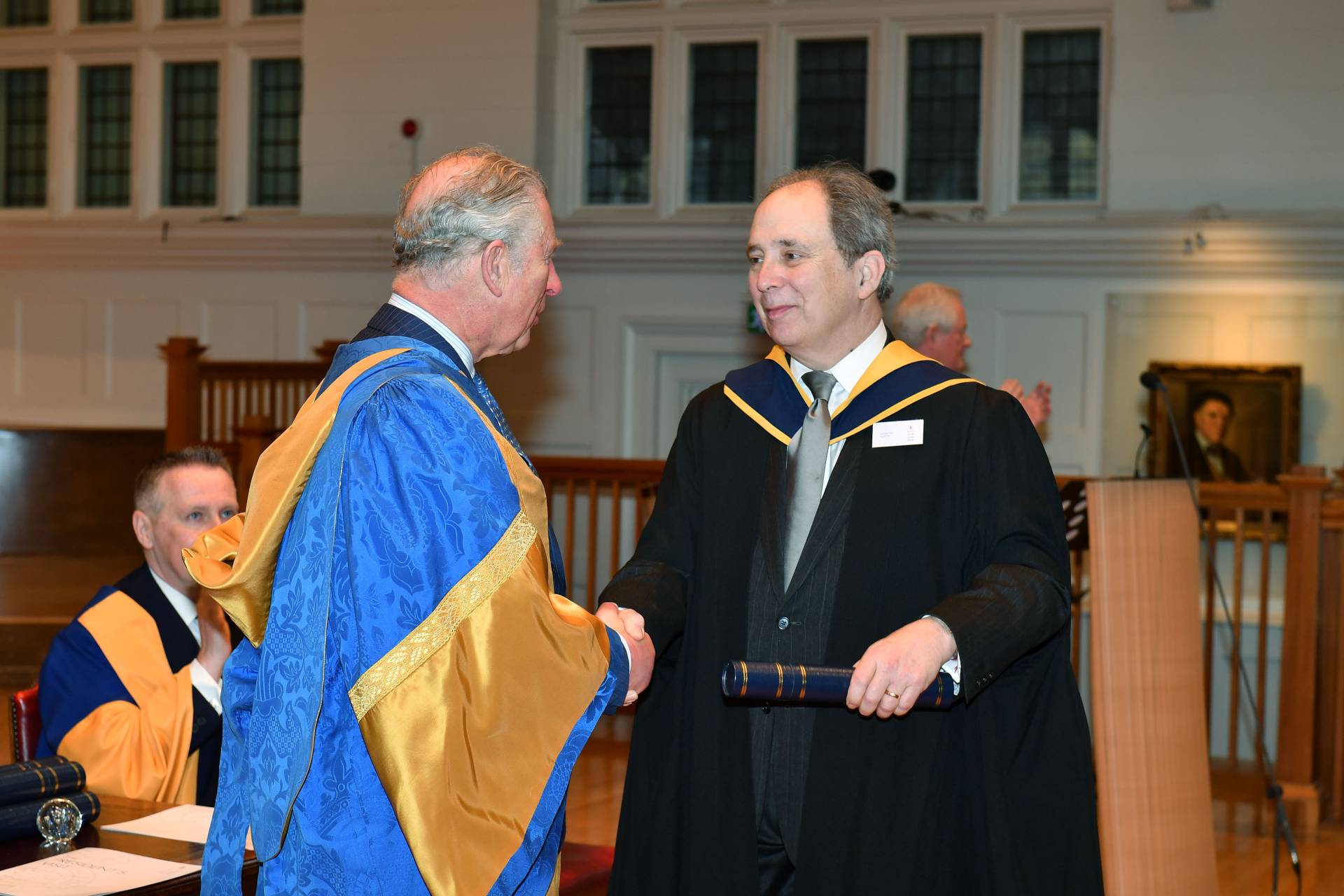 Prince Charles, left, confers honorary membership of the Royal College of Music to Michael Pratt, conductor of the Princeton University Orchestra and director of the Program in Musical Performance, at a ceremony March 14 in London.

Michael Pratt, conductor of the Princeton University Orchestra and director of the Program in Musical Performance, has been named an honorary member of the Royal College of Music in London.

The honor is awarded to individuals who have made an exceptional contribution to life at the RCM and the wider musical community. Honorary members are limited to 300 distinguished musicians who did not attend RCM, and are conferred by the president of RCM, the Prince of Wales.

Of the honor, Pratt said: "My admiration for the quality of teaching and the educational approach for the Royal College of Music, London, is immense, and grows with each visit. The RCM’s standing among conservatories matches that of Princeton among research universities. So to be made an honorary member of this great institution, the leadership team of which I’ve come to know so well, is something that I will cherish." 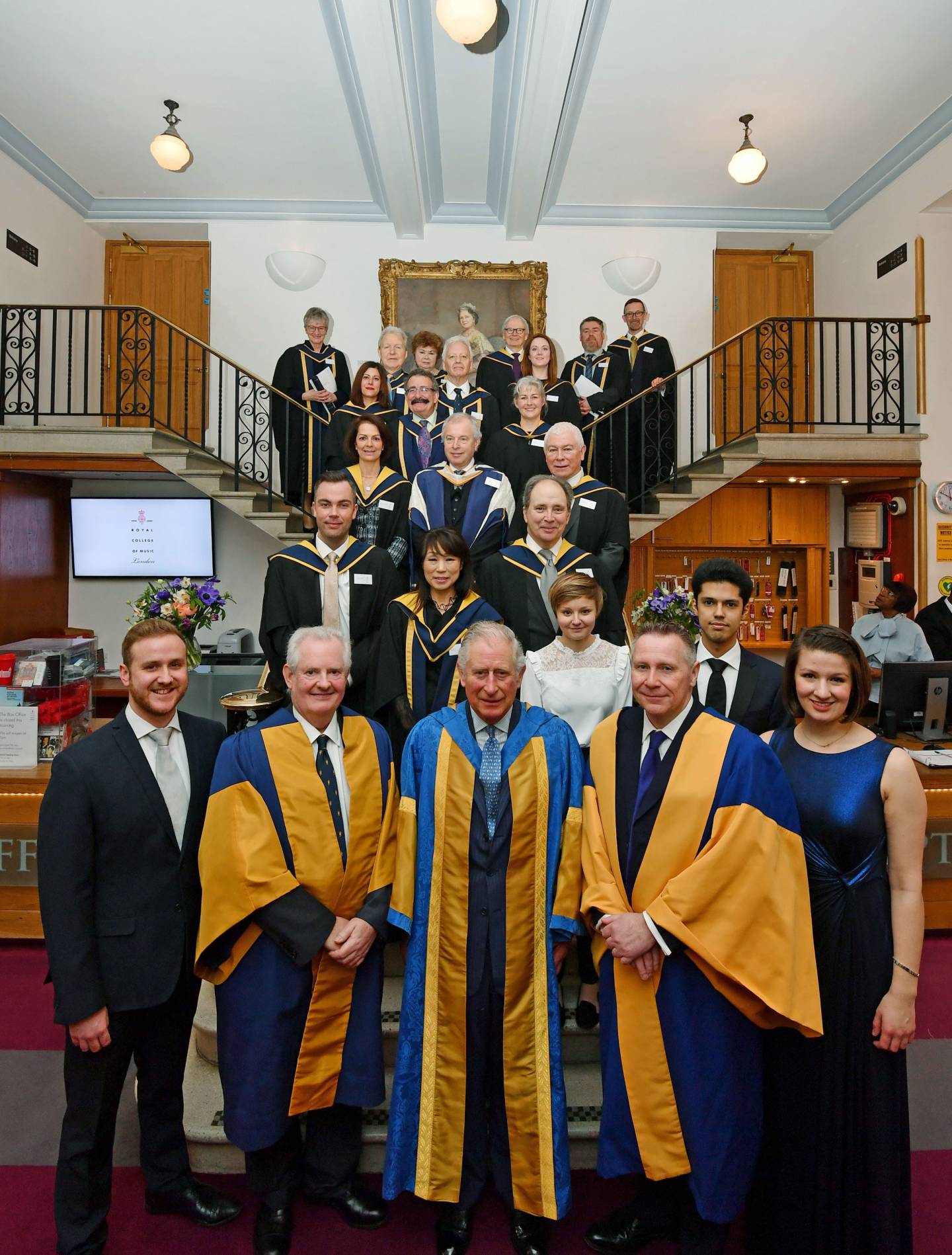 Marking 25 years as president of the Royal College of Music, HRH The Prince of Wales (center at front) stands with those honored for their contributions to music at the RCM in London. Pratt is at middle right at the base of the stairs.

A collaboration established between Princeton and RCM in 2007 offers Princeton students the opportunity to spend the fall semester of their junior year at the prestigious conservatory. The program, which provides rigorous professional training within a liberal arts framework, is offered as part of Princeton’s Study Abroad Program. Students may audition in the spring of their sophomore year. Read about the experiences of three Princeton students who studied at RCM.

"Princeton’s partnership with the Royal College of Music continues to impact the lives of our students," said Pratt, who is in his 40th year at Princeton. "They often return with the phrase 'life-changing' on their lips. Although they have worked hard on their musical skills all their lives to get to the advanced state they have achieved, for most of them, this is their first experience with total musical immersion, and under the mentorship of a distinguished and caring faculty. This happens in the context of the world’s most vibrant musical city."