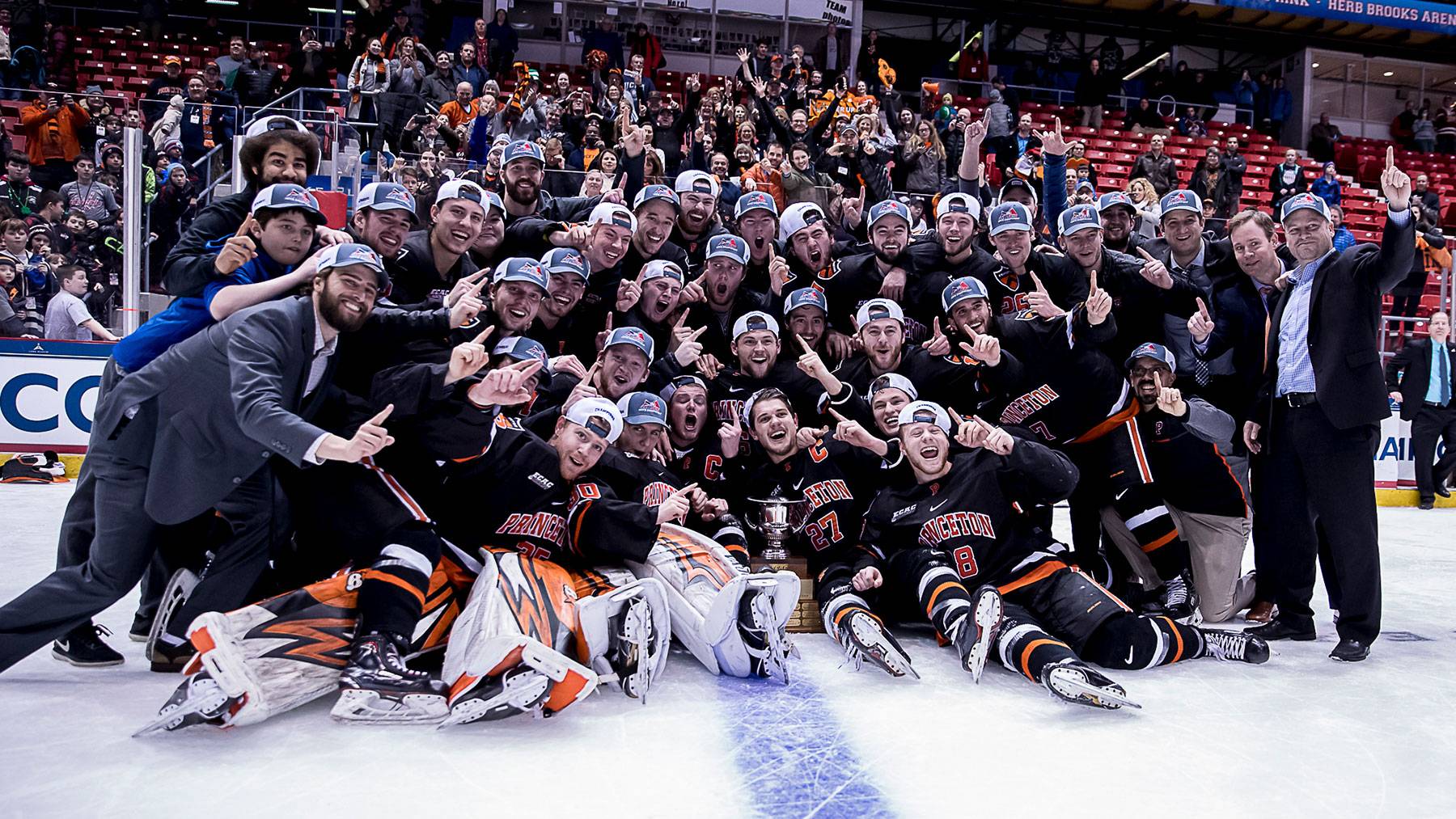 The Princeton men’s hockey team celebrates winning the ECAC championship Saturday, March 17, at Lake Placid, New York. The Tigers advance to the NCAA tournament and will play Ohio State in the opening round of the Midwest Regional on Saturday, March 24.

The Princeton men's hockey team will play Ohio State in the NCAA Midwest Regional tournament in Allentown, Pennsylvania, on Saturday, March 24. The game, beginning at 3:30 p.m., will be televised on the ESPNU network.