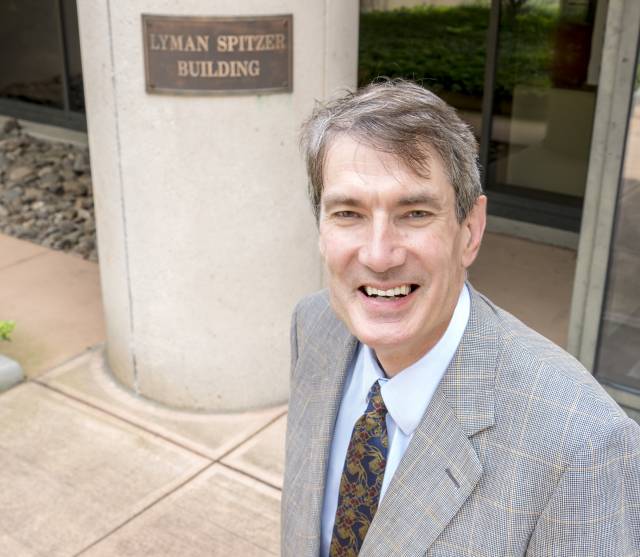 Now known formally as Sir Steven Cowley, he previously was chief executive of the United Kingdom Atomic Energy Authority (UKAEA) and director of the Culham Centre for Fusion Research, and most recently was president and professor of physics at Corpus Christi College at the University of Oxford.

“Princeton is truly delighted that Steve is coming to lead the lab,” said Dave McComas, Princeton University vice president for PPPL. “His contributions earlier in his career in the U.S. and then more recently in Europe have been stellar and we are counting on him to lead PPPL to new heights.”

The honor was announced June 9 in the Queen’s Birthday Honours, which recognizes the achievements of extraordinary individuals across the United Kingdom.

“I am personally delighted and humbled,” Cowley said. “I have been privileged to work with many extraordinary people in fusion research. This honor reflects the huge importance of our collective work developing new, clean forms of energy production.”

Rich Hawryluk, a physicist and currently interim director of PPPL, said: “This is a most deserved honor. Steve’s role in advancing fusion energy and his stellar leadership in the field over the years are testimony to his knowledge, skill and acumen. We are thrilled he is bringing his expertise to PPPL and continuing to lead the world’s quest for fusion energy from here.”

Fusion, the power that drives the sun and stars, is the fusing of light atomic elements in the form of plasma — the hot, charged state of matter composed of free electrons and atomic nuclei — that generates massive amounts of energy. Scientists are seeking to replicate fusion on Earth for a virtually inexhaustible supply of power to generate electricity in what might be called a “star in a jar.”

A fusion theorist, Cowley will become the seventh director of PPPL, one of 10 national science laboratories funded by the DOE’s Office of Science. Princeton has managed PPPL since its origin in 1951, when Professor Lyman Spitzer, a founder of the field of plasma physics, initiated the study of fusion at the University.

Cowley is a fellow of the Royal Society and of the Royal Academy of Engineering. He holds a bachelor’s degree in physics from Oxford.

PPPL, on Princeton University’s Forrestal Campus in Plainsboro, N.J., is devoted to creating new knowledge about the physics of plasmas — ultra-hot, charged gases — and to developing practical solutions for the creation of fusion energy. The laboratory is managed by the University for the U.S. Department of Energy’s Office of Science, which is the largest single supporter of basic research in the physical sciences in the United States, and is working to address some of the most pressing challenges of our time.