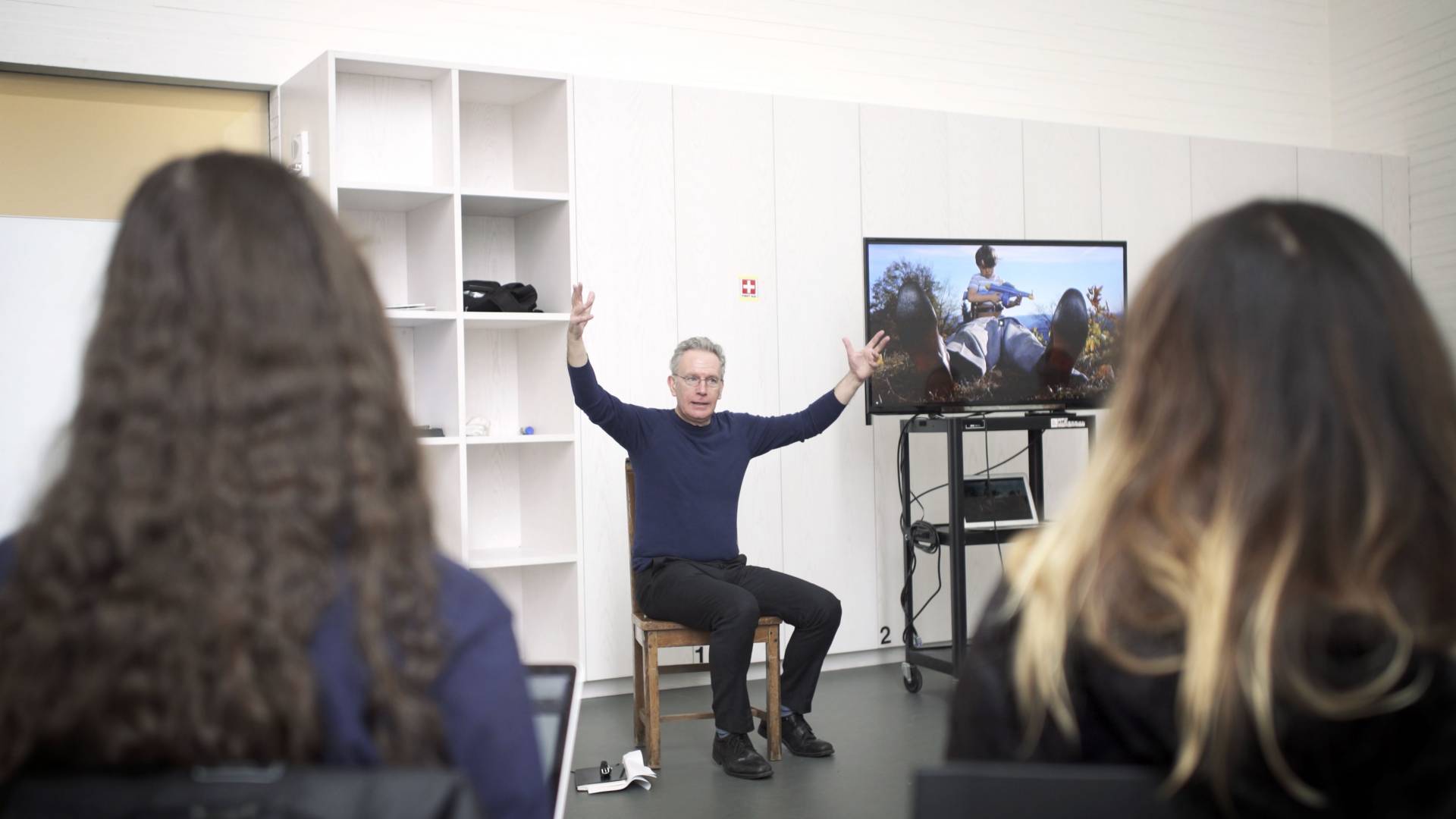 Throughout the spring, Fintan O’Toole and 14 students explored what art could tell them about society’s attitudes toward mortality.

Each Thursday this spring semester, students gathered in the Tilghman Theater Studio at the Lewis Arts complex for a unique course offering. Although the studio’s floor-to-ceiling window cheerfully brightened the room’s artfully sculpted concrete walls, the mood was decidedly drearier than one would expect: Students had arrived to study death.

Though seemingly morbid, death is a topic worth exploring to better understand humanity and its past, said Fintan O’Toole, visiting lecturer in theater and the Lewis Center for the Arts and one of Ireland’s leading public intellectuals and writers.

“Our assumptions that we’re always very reverent about the dead are tested very much in some of the stuff you look at,” O’Toole said. “We looked at images of the dead and dead bodies in the theater and in movies and discussed how they might change over time and how they might be approached in very different ways.”

The goal of the course, titled “Playing Dead: Corpses in Theater and Cinema” and cross-listed in the English department and theater program, was to ultimately discern what the various uses of death in these dramatic works might tell us about society’s attitudes toward the topic. Students in the course came from diverse academic backgrounds, which helped to drive discussions into deeper territory, O’Toole said.

“There’s something incredibly energizing about being in a room with really smart young people who are taking advantage of the opportunity to explore what’s going on in their heads, who they are, where they want to be and what their values are,” he said.

In one of the final days of class, students engaged in an active table-style read and discussion of the play “Breathing Corpses,” which was directed that day by Victoria Davidjohn, an English major and theater certificate student in the Class of 2019. Looking toward her future as a director, Davidjohn believes that the insights gained from the course will help her interpret film and theater works in new and profound ways.

Said Davidjohn, “I think it’s very important for directors to know the ground they’re standing on and … as soon as I get the script, I’m going to delve so deep into the language because of what Fintan has taught us.”