As humans continue to pump the atmosphere with carbon, it's crucial for scientists to understand how and where the planet absorbs and naturally emits carbon. 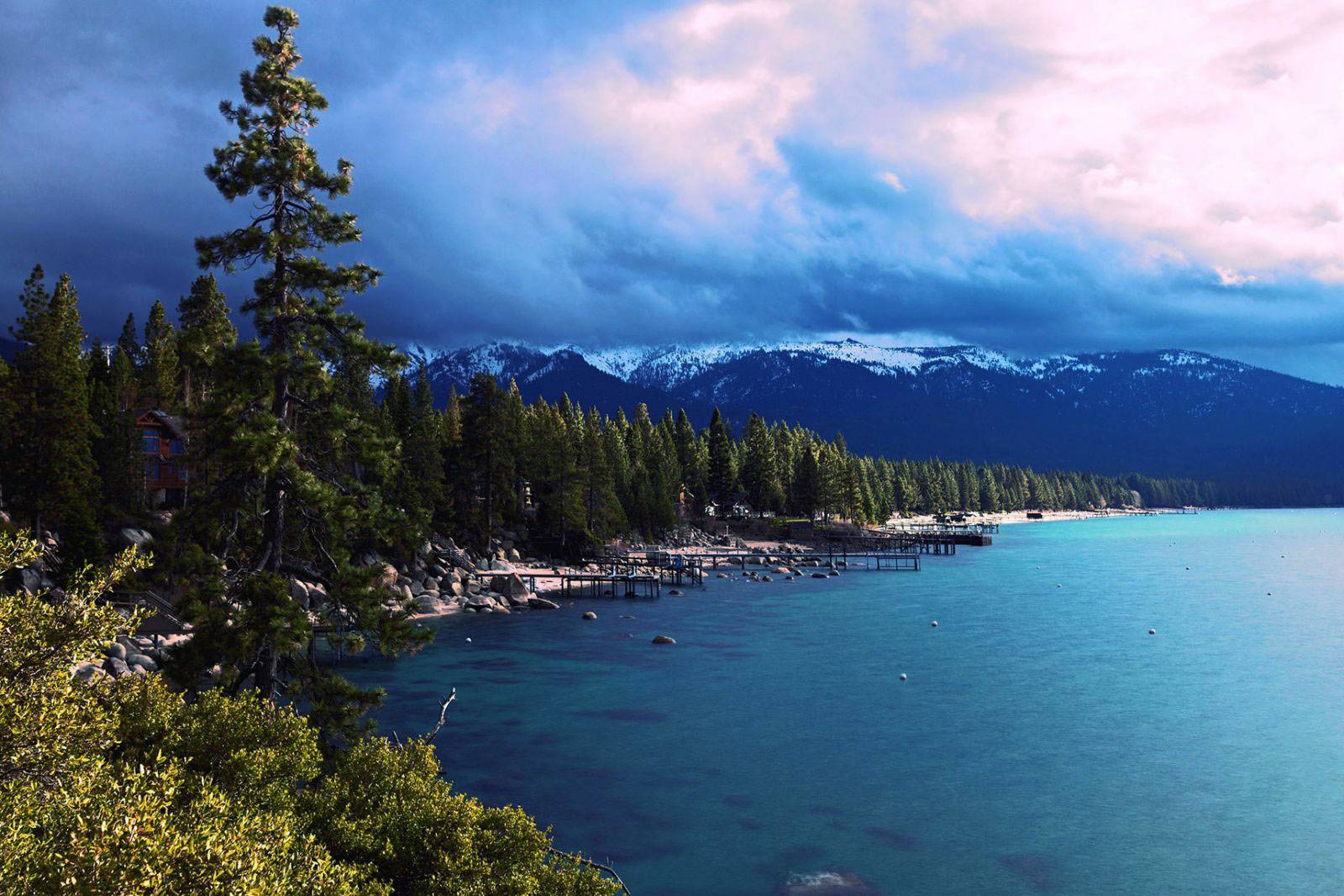 A Princeton University-led study in the journal Nature Geoscience examined the global carbon cycle and found that land in the northern hemisphere and oceans in the southern hemisphere do not absorb as much carbon as thought. In addition, rivers transport carbon with 20 to 100 percent more strength than previously shown. The results could change projections of how, when and where current levels of atmospheric carbon will result in environmental changes such as ocean acidification.

A recent study in the journal Nature Geoscience examined the global carbon cycle and suggests that existing studies may have misgauged how carbon is distributed around the world, particularly between the northern and southern hemispheres. The results could change projections of how, when and where the currently massive levels of atmospheric carbon will result in environmental changes such as ocean acidification.

By re-examining ocean circulations and considering the carbon-moving power of rivers, the study's authors suggest that as much as 40 percent of the world's atmospheric carbon absorbed by land needs to be reallocated from existing estimates. In particular, the Southern Ocean encircling Antarctica and forests in the northern hemisphere — while still substantial absorbers or "sinks" of carbon — may not take up as much as scientists have figured.

"The carbon story we got is more consistent with what people have observed on the ground," said first author Laure Resplandy, an assistant professor of geosciences and the Princeton Environmental Institute at Princeton University. 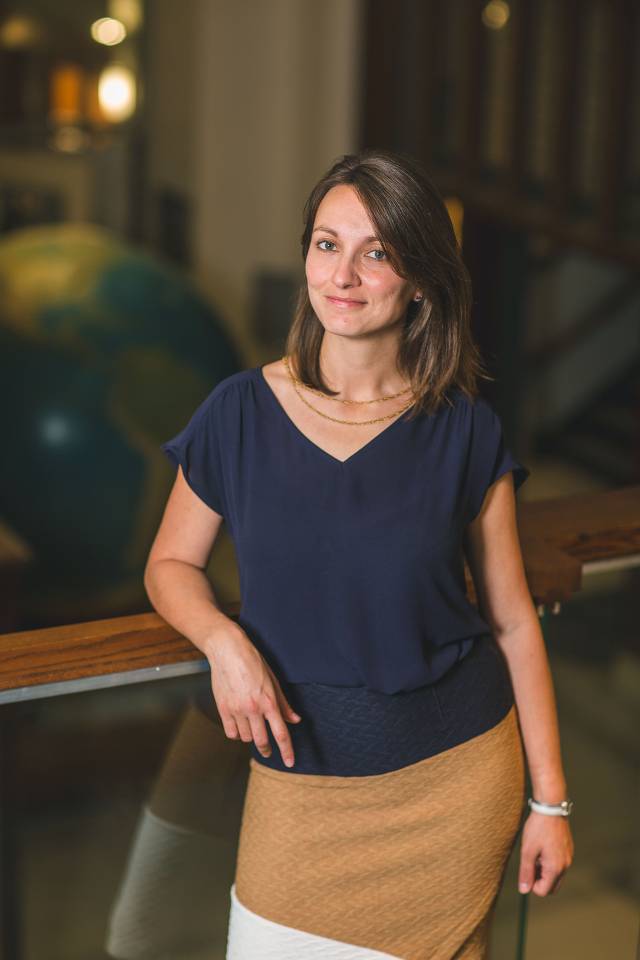 "Rivers have been largely overlooked," Resplandy said. "We need to better constrain the transport of carbon from the land to the ocean by rivers. Otherwise, this carbon is attributed to the land sink and is missing from the ocean sink. If carbon goes into the land or into the ocean, it doesn't have the same impact."

Resplandy and her co-authors used models and field observations to find that the world's oceans transport heat between the northern and southern hemispheres in the same way that carbon is transported. The transport of heat, however, is easier to observe. By tracking this heat, the researchers discovered that the ocean in the southern hemisphere is a much smaller carbon sink than previously thought and that the land at the same latitude is an almost non-existent source of carbon.

At the same time, the land in the northern hemisphere is a much smaller sink, meaning that it absorbs less carbon than climate models had accounted for. Instead, the researchers found that this carbon is sent to the ocean by rivers and transported to the southern hemisphere by ocean currents with 20 to 100 percent more strength than previous studies and models had shown.

For scientists, the world's carbon "budget" is like a bank ledger, Resplandy said. The carbon being absorbed into the global cycle needs to match the carbon being emitted. While the ocean carbon cycle is well documented, direct observations of carbon flux on land are difficult to obtain and are influenced by numerous factors. As a result, the extent to which land acts as a sink or source is largely deduced by assigning it whatever carbon is left over after ocean data are considered, Resplandy said.

"In the southern hemisphere, the ocean sink was overestimated. As a result, the land, which is deduced from observed atmospheric carbon dioxide and the assumed ocean sink in the same region, was found to be a source," Resplandy said.

"This was highly surprising though as there is not a lot of land mass in the southern hemisphere to sustain this source," she said. "Our new estimate reconciles this apparent discrepancy by suggesting that there is a weaker ocean sink and close-to-zero land flux in the south." 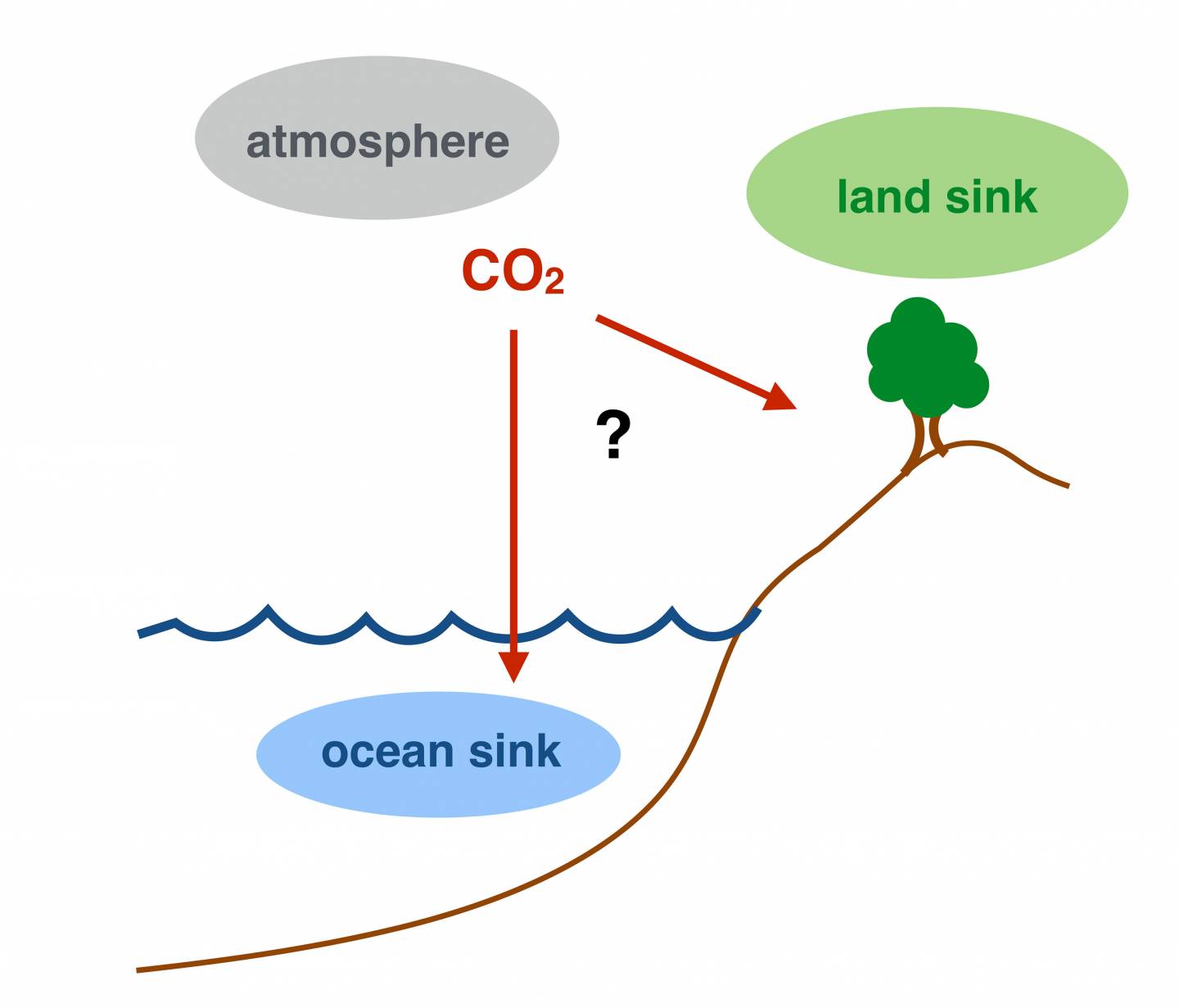 The world's carbon "budget" is balanced by reconciling the carbon entering the atmosphere with the carbon being absorbed through oceans and land. But direct observations of carbon flux on land are difficult to obtain. As a result, the extent to which land absorbs or emits carbon is largely deduced by assigning it whatever carbon is left over after ocean data are considered. This has led to land being overestimated as a carbon source and sink, especially if rivers aren't considered, the authors reported.

In a commentary about the paper published in Nature Geoscience, Andrew Lenton, a research scientist at the Centre for Southern Hemisphere Oceans Research in Australia, wrote that the researchers established a correlation between heat and carbon transport, and showed that the pre-industrial carbon cycle can inform the understanding of the cycle today.

The researchers "provided an important baseline for understanding and attributing changes in land and ocean sinks in response to increasing atmospheric CO2 concentrations," Lenton wrote. "Their results demonstrate the importance of the pre-industrial carbon cycle in setting the distribution of carbon sinks in the present day, and the power of exploiting the relationship between ocean heat and carbon transport driven by large-scale circulation."

Scientists need to know how much carbon is entering the oceans, and where, so that they can more accurately project environmental changes that have a global reach, Resplandy said. Oceans, especially in the southern hemisphere, naturally take up carbon and heat from the atmosphere. But the price paid is a warmer ocean and higher acidity that threatens marine life and sea-based economies such as fishing.

"Now it matters to do a better job understanding the ocean," Resplandy said. "Our main point is that carbon gets redistributed because it was wrongly allocated. A lot of people had different pieces, but all the pieces weren't quite fitting together."

Resplandy worked on the study with Ralph Keeling, a professor and program director at the Scripps Institution of Oceanography at the University of California-San Diego; Christian Rödenbeck, a research scientist at the Max Planck Institute for Biogeochemistry in Germany; Briton Stephens and Matthew Long, scientists at the National Center for Atmospheric Research; Samar Khatiwala, professor of Earth sciences at the University of Oxford; Keith Rodgers, a research oceanographer in Princeton's Program in Atmospheric and Oceanic Sciences; Laurent Bopp, director of CNRS at Ecole Polytechnique/Sorbonne Université in Paris; and Pieter Tans, chief of the Carbon Cycle Greenhouse Gases Group at NOAA's Earth System Research Laboratory.

The paper, "Revision of global carbon fluxes based on a reassessment of oceanic and riverine carbon transport," was published online in advance of print June 11 by Nature Geoscience. This work was supported by the National Oceanic and Atmospheric Administration's Climate Program Office (grant no. NA13OAR4310219); the National Science Foundation (grant no. OCE 10-60804); and NASA (award no. NNX14AL85G).