Replacing a cluster installed in 2012, Princeton’s new flagship computer, TIGER, arrived quietly on campus in March and was put through months of routine testing and debugging before being officially unveiled in late May. Several tours and a reception were held at the High-Performance Computing Research Center (HPCRC) on the Forrestal Campus during Reunions. 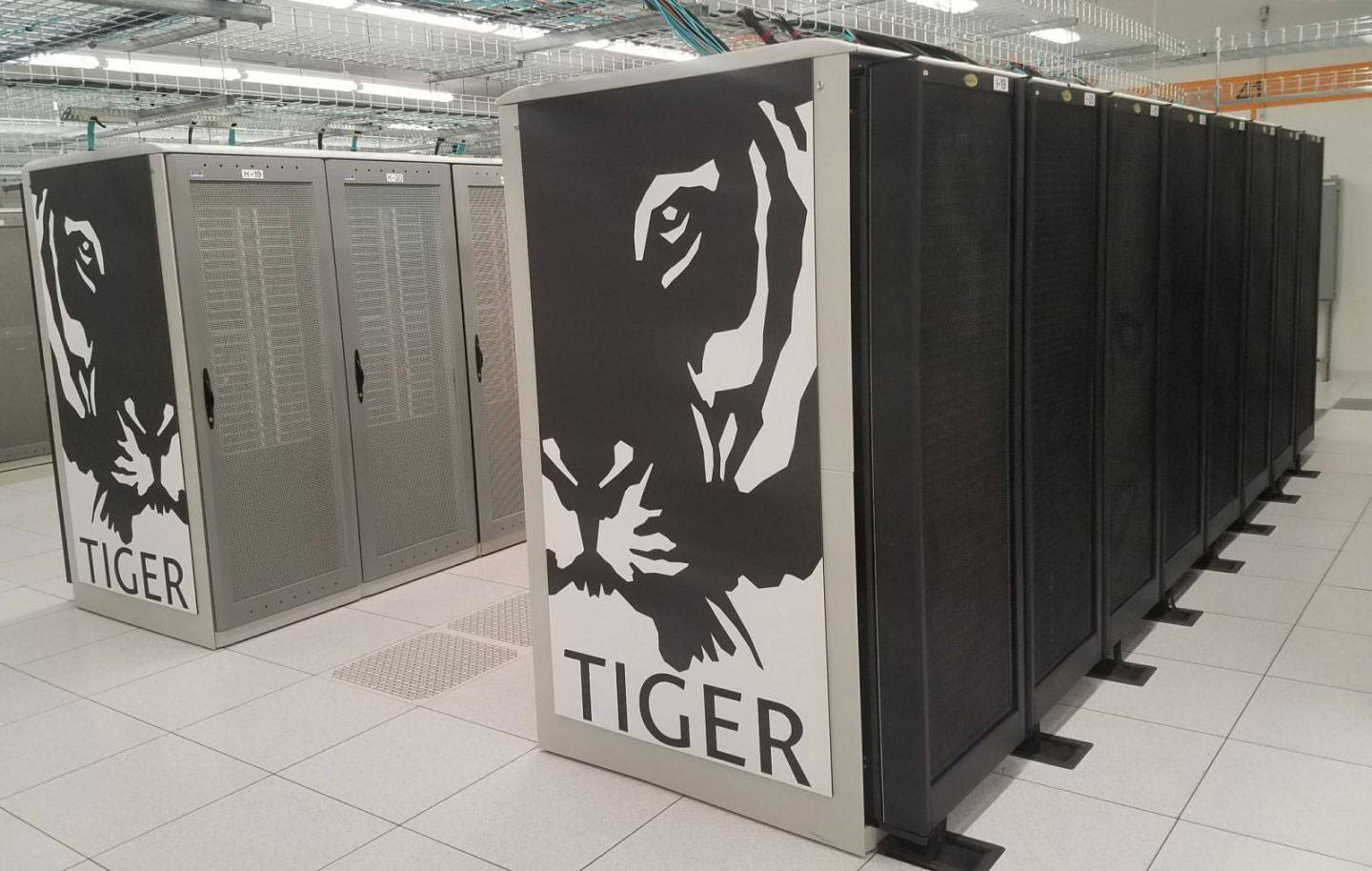 At close to six times the power of its predecessor, TIGER is funded by the University provost, the Princeton Institute for Computational Science and Engineering (PICSciE) and several University schools and departments.

“Computation has become an indispensable tool in accomplishing that mission,” Dominick said. “With the newest addition to our High-Performance Computing suite, Princeton continues to equip its faculty with the most advanced computational tools available. The TIGER cluster, and the remarkable staff that support it, are symbolic of the University’s commitment to sustained excellence.” 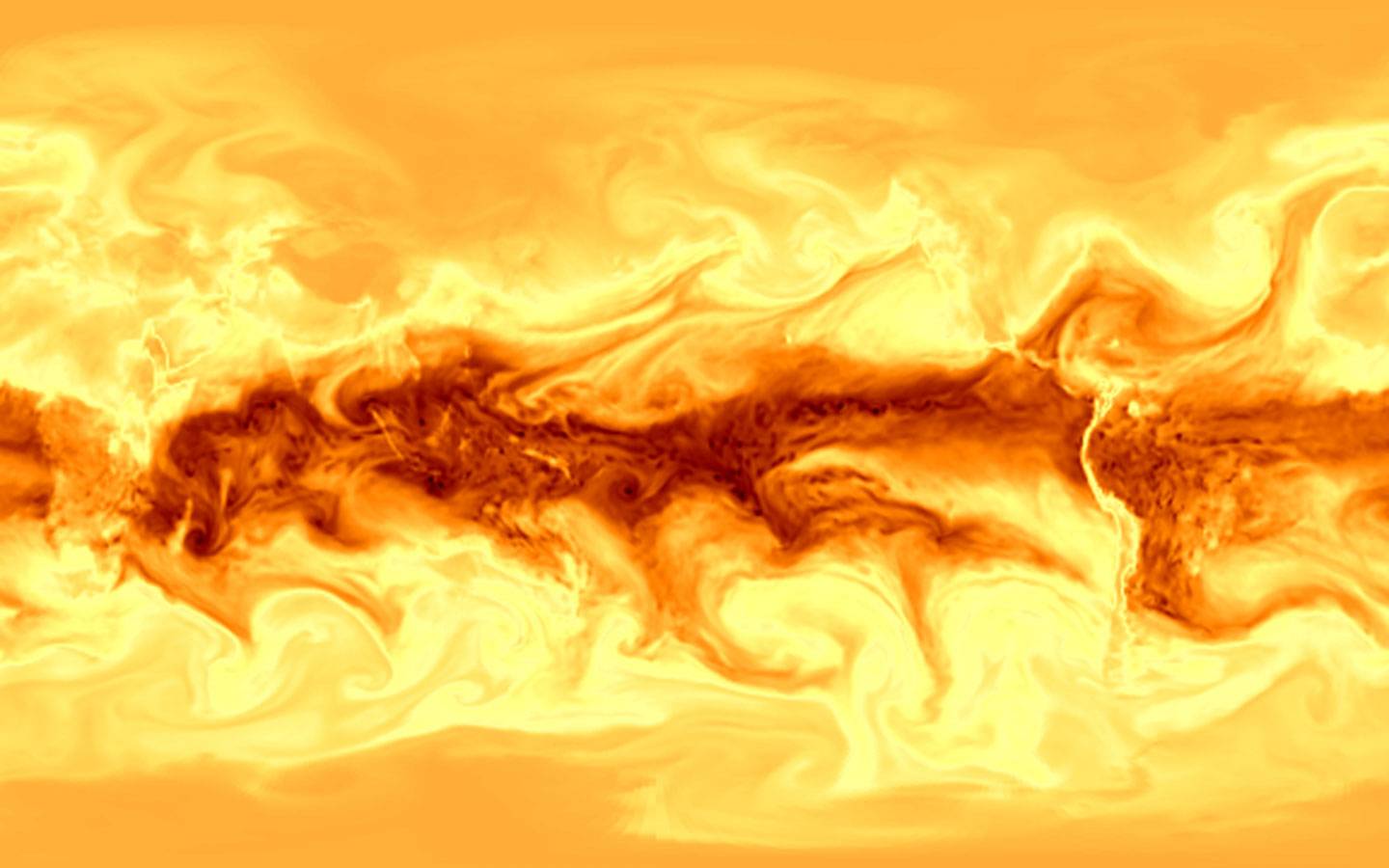 A computer simulation of water vapor in the atmosphere from a global model developed at NOAA/GFDL, run by Gabriel Vecchi’s lab. Much of the data was calculated on the new TIGER cluster in the Princeton University High-Performance Computing Research Center, and rendered in the PICSciE Visualization Lab.

Image courtesy of the Princeton Institute for Computational Science and Engineering

Jeroen Tromp, PICSciE’s director and the Blair Professor of Geology and professor of geosciences and applied and computational mathematics, said: “There’s such a wide range of research crucial to humanity, from investigations of fusion energy to new frontiers in genomics, that is now dependent on computers to analyze huge complex data sets and turn predictions into testable hypotheses. In many cases, our success as researchers hinges on our access to cutting-edge supercomputing power.”

Tromp’s own recent advances in medical imaging technology combined computational power with techniques originally developed for the study of earthquakes and subterranean structures. 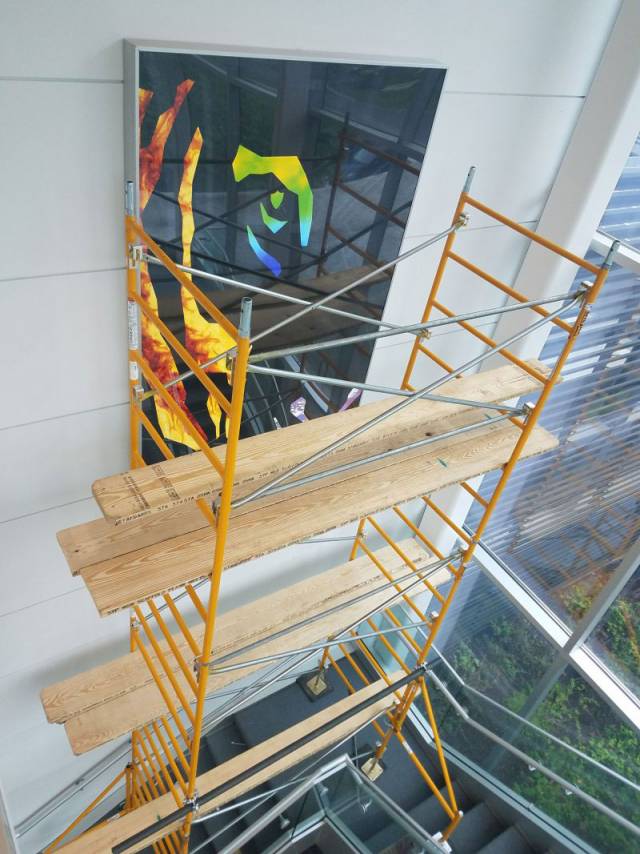 “TIGRIS ET MACHINA” being installed in the lobby of the High-Performance Computing Research Center.

Jim Stone, the Lyman Spitzer Jr., Professor of Theoretical Physics and professor of astrophysical sciences and applied and computational mathematics, said that “In addition to code development, this new faster machine allows us to investigate many new astrophysics problems.”

Stone, who is chair of astrophysical sciences, said his graduate students are using TIGER to study the flow of matter onto compact objects such as neutron stars in close binary systems; to investigate how nuclear reactions change the structure of accretion flows formed when stars pass nearby to black holes, so-called tidal disruption events; and to learn more about the radiation emitted in the first few seconds of a supernovae explosion when the shock first breaks out of the stellar envelope.

“TIGER represents a significant increase in the amount of core-hours available to campus researchers per year,” added Stone. “This machine has the latest and most advanced Intel processors. Each CPU has 20 different computing cores that can be used simultaneously. So we will be testing and upgrading our application codes to work effectively on this new computer. Having a local computer to do such development work is far more effective than using remote resources and allows us to apply for time on larger machines elsewhere.”

In fields such as climate-change science, researchers are leveraging supercomputing to improve the accuracy and precision of modeling, simulations and predictions. Gabriel Vecchi, professor of geosciences and the Princeton Environmental Institute, said: “The University’s supercomputing capacity is allowing us to run some of the world's most advanced climate modeling in an academic environment, which is a unique capability. Thanks to the new TIGER supercomputer, Princeton undergraduates and graduate students are able to ask questions about the fundamental controls on the climate system, and how climate change impacts weather events, with very novel methods.”

Curtis Hillegas, associate CIO of research computing, underscored the enthusiasm among all the partners to contribute to the success of this upgrade. “This means a great deal to their own departmental research and to the overall advancement of data science and computational research at the University, and everyone recognizes that.” 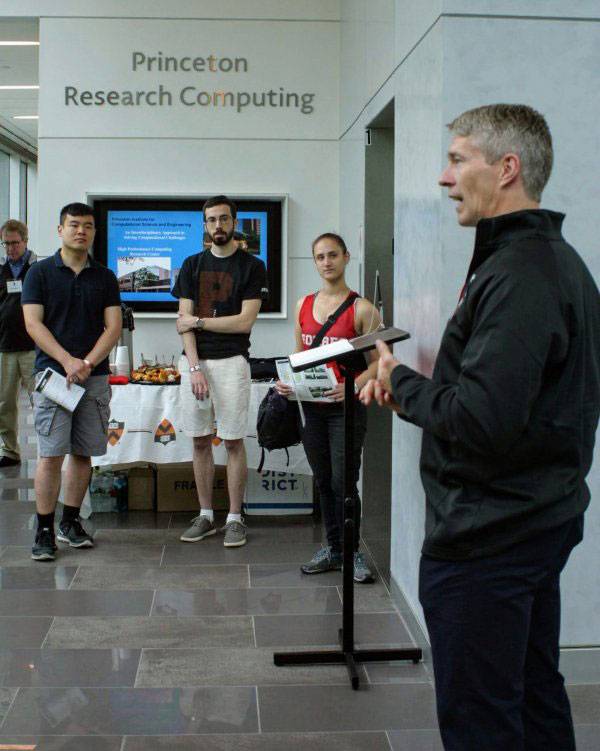 Curt Hillegas giving a tour of the High-Performance Computing Research Center during Reunions 2018.

The new TIGER, a hybrid system with a combination of Intel Skylake chips and NVIDIA Pascal P100 GPUs, has a theoretical peak speed of 2607 teraFLOPS, or TFLOPS, explained William Wichser, associate director of research computing systems and storage. “A computer running at 1 TFLOP can perform a trillion floating-point operations per second. To put it in perspective, that speed is sometimes explained as the equivalent of doing one calculation a second for the next 31,688.77 years.”

“In our system,” Wichser added, “some of our computer nodes are CPUs only, while others have the GPUs attached, four per node. Typically, there are codes that require one or the other architecture. Our TIGER cluster allows for all of this to happen in one place rather than having different clusters for different tasks.”

The challenge, said Cantor, was how to give visual form to the abstract concepts of data and computing. “My solution was to weave several specific scientific visualization images created via supercomputing by Princeton researchers with the graphic identity of the University. Color, texture, typography and tigers all come into play.”

For more information about the application process to gain access to the research computing facility, members of the Princeton community should contact Curt Hillegas.