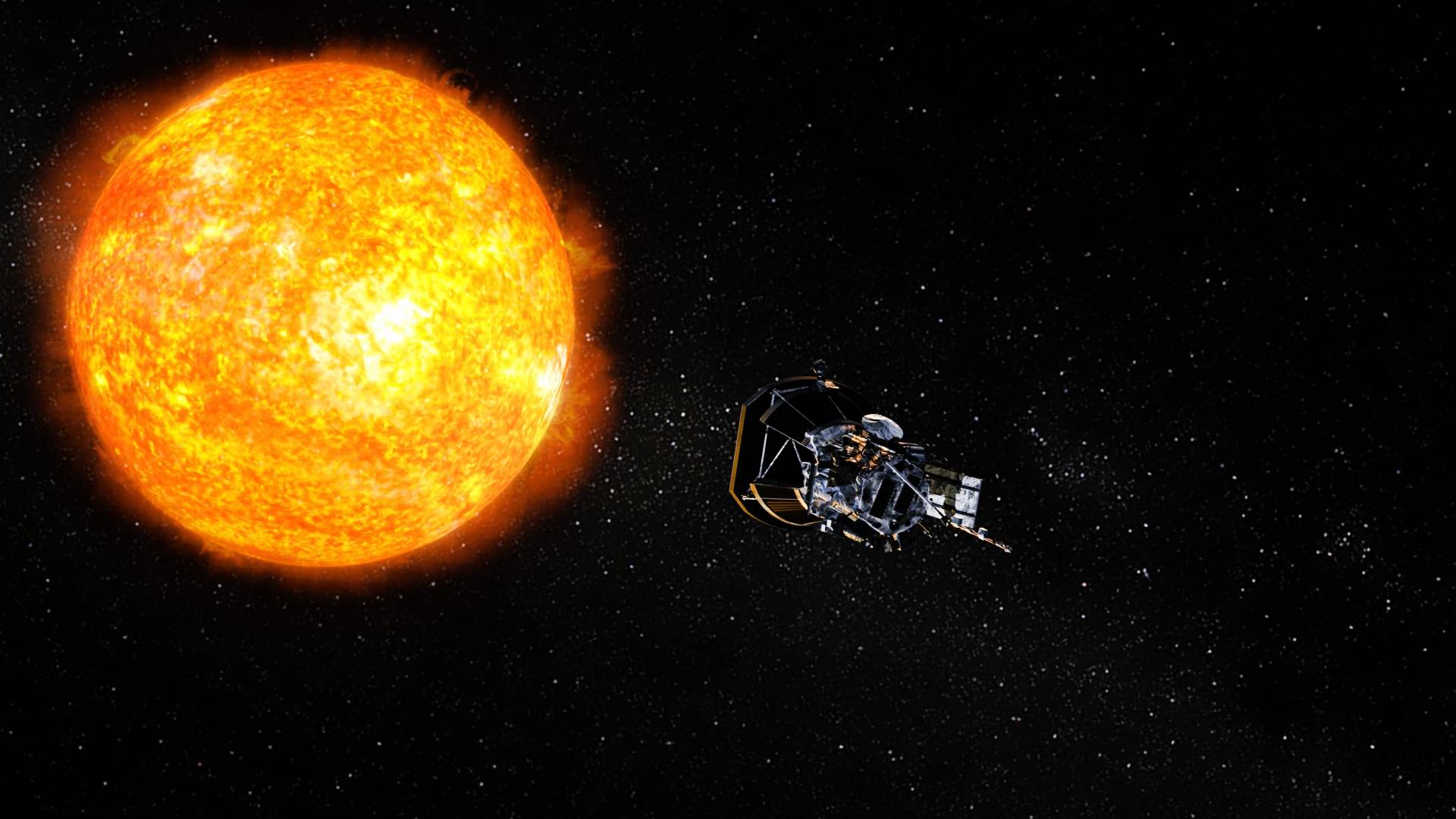 On Aug. 11, NASA will launch a spacecraft carrying a Princeton-led instrument that will fly repeatedly through the sun's million-degree corona, getting closer to our star than any human-made spacecraft in history.

At about 4 a.m. on Aug. 11, the Parker Solar Probe is scheduled to lift off from Cape Canaveral carrying ISʘIS, an instrument suite led by Princeton’s David McComas to measure energetic particles from the sun’s corona and the solar wind.

The car-sized satellite will be carried by a Delta-IV Heavy rocket, one of the tallest rockets launched into space since the Saturn V carried humans to the moon, and it will push the probe to the fastest speeds ever achieved by a human-made object, ultimately reaching 430,000 miles per hour. That's fast enough to get from Princeton to Washington, D.C., in a second and a half.

Parker Solar Probe will fly repeatedly through the outer edges of the sun’s million-degree corona, in the region where the solar wind and coronal mass ejections are born. 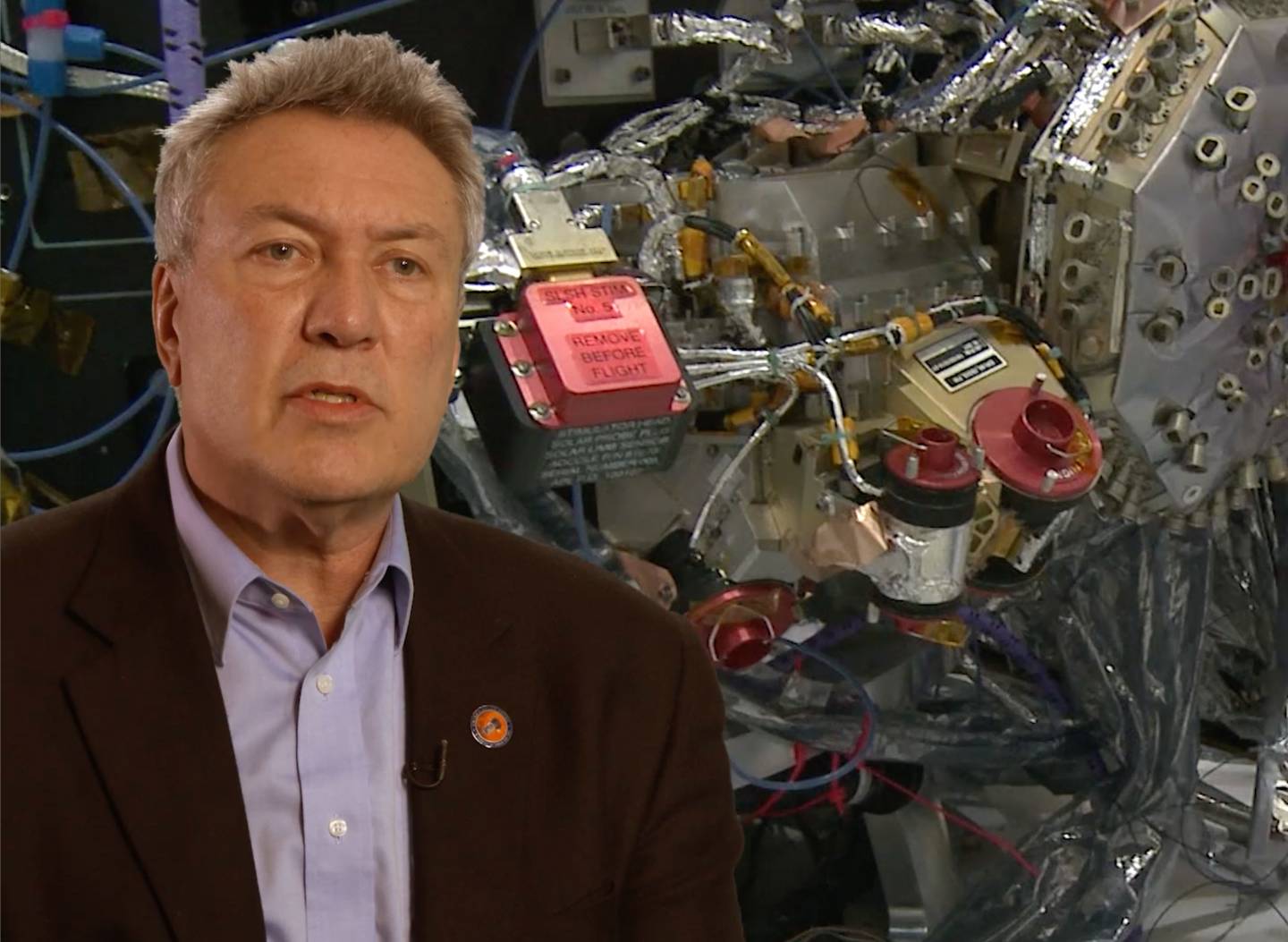 David McComas, a professor of astrophysical sciences at Princeton, is the the principal investigator for the Integrated Science Investigation of the Sun (ISʘIS), visible behind him, which is one of the four instrument suites aboard Parker Solar Probe.

The spacecraft will fly in a loop between the sun and Venus’ orbit for at least seven years, with four close flybys of the sun each year.

“Over the years, we get closer and closer to the sun, and there’s no reason we can’t stay in that orbit indefinitely, so we can probably have an extended mission beyond the seven years,” said McComas, who is the principal investigator for the Integrated Science Investigation of the Sun (ISʘIS, pronounced EEE-sys and using the symbol of the sun in the middle of the acronym), which is one of the four instrument suites aboard Parker Solar Probe.

“It’s a really innovative mission,” said McComas, a professor of astrophysical sciences and the vice president of the Princeton Plasma Physics Laboratory. “Instead of one or two close flybys of the sun, we get dozens.”

On its first pass by the sun, three months after launch, the Parker Solar Probe will be about 15 million miles out (35.7 solar radii), already closer to the sun than any other spacecraft has ever been.

Every few orbits, the probe will use Venus’ gravity to adjust its trajectory slightly, to make that distance of closest approach to the sun, the perihelion, get closer and closer. By the last orbits of its nominal mission, in 2024 and 2025, the spacecraft will be less than 10 solar radii from the center of the sun, or 9 solar radii above the surface. At less than 4 million miles away from the sun, the Parker Solar Probe will be inside the sun’s outer atmosphere, or corona, measuring and sampling particles right on site.

“Previous missions have been really important for solar science as we study from afar — and we can learn a lot from studying from afar — but Parker Solar Probe is actually going and touching, almost kissing the sun, so we can learn so much more,” said Elizabeth Congdon, the thermal protection system lead engineer at Johns Hopkins Applied Physics Laboratory. 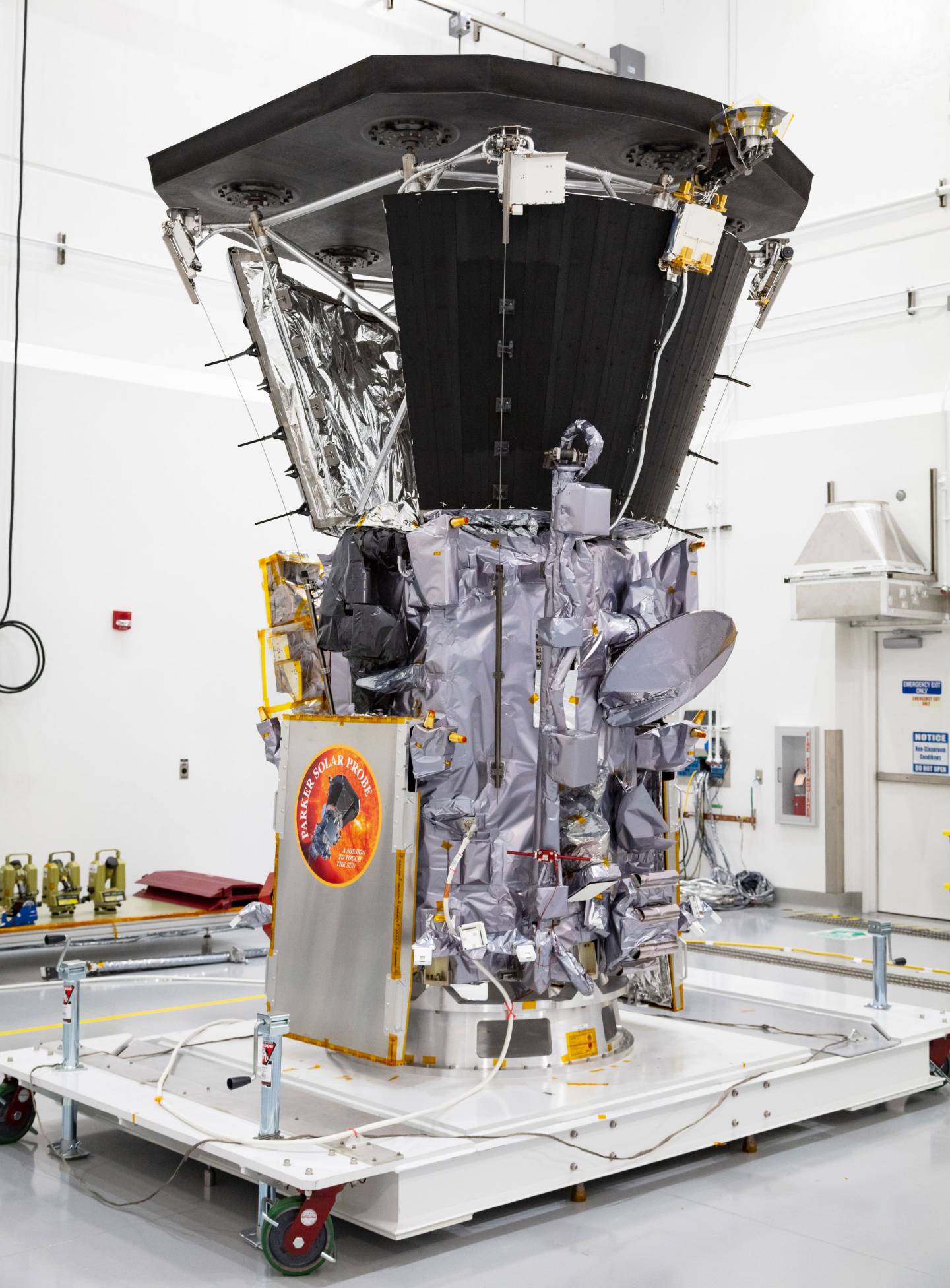 The Parker Solar Probe sits in a clean room on July 6, 2018, at Astrotech Space Operations in Titusville, Florida, after the installation of its heat shield.

Temperatures in the sun’s corona reach a million degrees, so to perform its unprecedented investigations, the spacecraft and instruments will be protected from the sun’s heat by a 4.5-inch-thick (11.43 cm) carbon-composite shield.

“We hide in the shade underneath the shield,” McComas said.

The spacecraft also has radiators that pump water from the solar shield to the side of the spacecraft, where it can radiate heat out to the cold background of space.

McComas has been involved in designing and planning the Parker Space Probe for more than a decade, but the mission was first identified as a priority in 1958, at the start of the space age.

“We’ve spent all this time since then — 60 years — looking at the sun, looking at the corona from a great distance and trying to understand how they work,” said McComas. “Now, for the first time, we’re going to go down and measure in-situ and really know how they work.”

The mission carries four instrument suites to survey the birthplace of the solar wind and its embedded magnetic and electric fields, explore the powerful explosions known as solar flares and coronal mass ejections, and reveal how these conspire to accelerate solar energetic particles.

“By making direct in-situ measurements of the sun’s atmosphere and immediate surroundings, Parker Solar Probe is poised to redefine solar and heliospheric physics as we currently understand them,” McComas said.

The four instruments onboard the spacecraft are a solar wind plasma suite, the Solar Wind Electrons Alphas and Protons (SWEAP) investigation; an electric and magnetic field suite (FIELDS); a wide field imager (WISPR); and the energetic particle suite, the Integrated Science Investigation of the Sun (ISʘIS).

McComas plans to be at Cape Canaveral for the launch of the Parker Space Probe.

“It’s going to be a night launch of a Delta-IV Heavy,” he said. “It’s probably the best launch you could see. I saw Cassini launch [on the slightly smaller Titan IVB], and that was 15 years ago. It was unbelievable. The ground shakes. Night becomes day. And you see this rocket slowly lift off, and then accelerate out of view.”

Launch is the most dangerous part of any mission, he said. “Satellites are surprisingly robust, once they get into space,” said McComas, who has also been a principal investigator (PI) or co-investigator developing instruments onboard New Horizons, the mission to Pluto and the Kuiper belt; Cassini, which flew to Saturn; Juno, still orbiting Jupiter; Ulysses, which flew past Jupiter and then over the poles of the sun; and he is the PI for the entire IBEX mission and the upcoming IMAP mission.

“They have extremely high reliability once they get into space,” he said. “You put your high-reliability instrument on a high-reliability spacecraft, and you put it on a rocket, and while the chances are well over 90 percent the rocket will go where you want it to go, a few percent of the time, it will either blow up or go to the wrong place. For those of us who are in the business, every time you take something you’ve spent the last decade of your life building and you put it on a rocket, you’re holding your breath until it’s up there.”