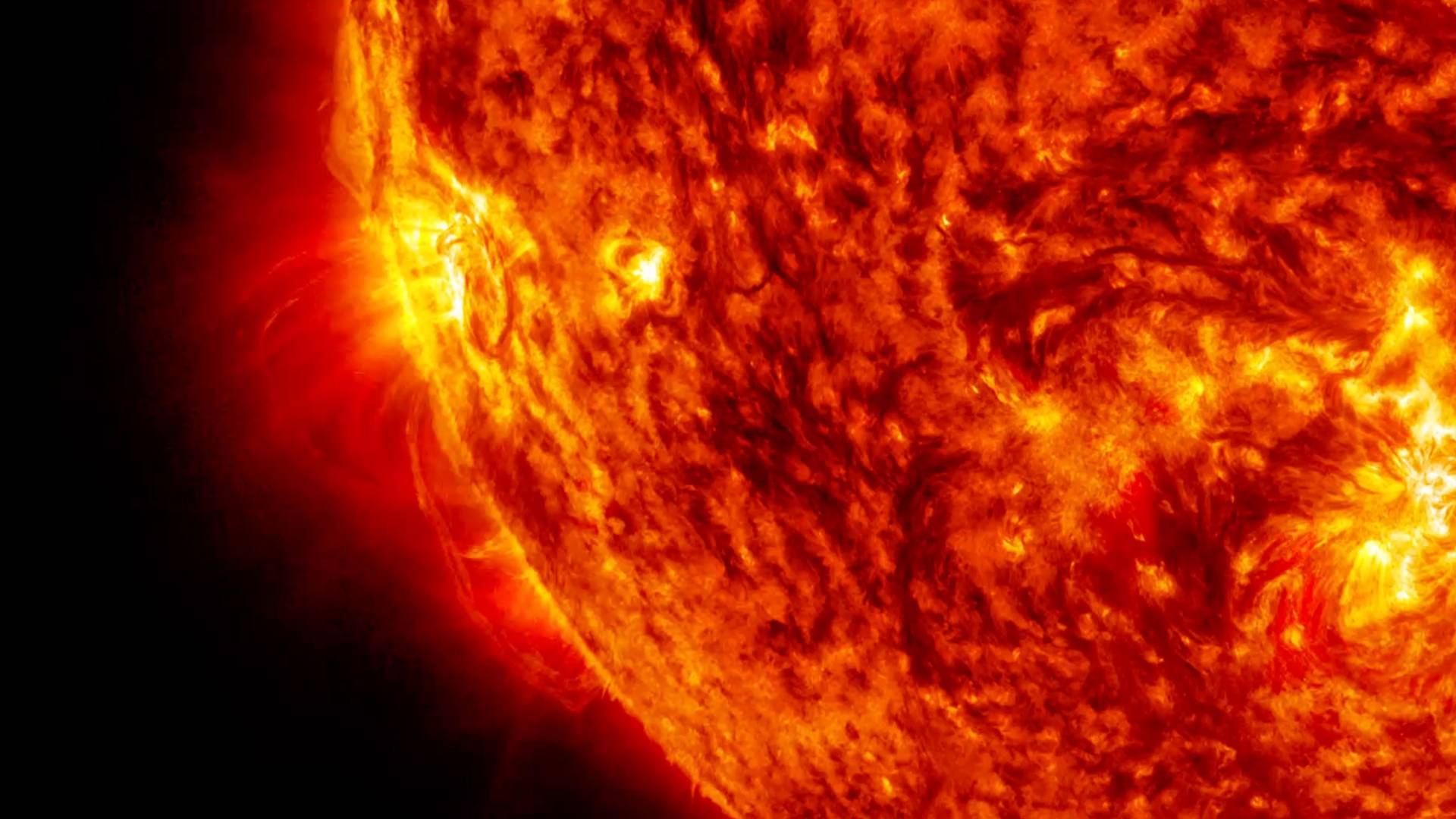 David McComas, a professor of astrophysical sciences at Princeton University, is the principal investigator for ISʘIS, an instrument suite heading into the sun’s corona on board the Parker Solar Probe, which launches in August and will plunge through the sun’s atmosphere dozens of times, getting closer to a star than any mission in human history.

Within the next month, NASA's Parker Solar Probe will lift off from Cape Canaveral, heading for a rendezvous with the sun. Onboard will be ISʘIS, an instrument suite led by Princeton’s David McComas to measure energetic particles from the sun’s corona and the solar wind.

McComas, a professor of astrophysical sciences and the vice president of the Princeton Plasma Physics Laboratory, is the principal investigator for the ISʘIS mission. The Integrated Science Investigation of the Sun uses the symbol of the sun (ʘ) in the middle of its acronym, which is pronounced like the Egyptian goddess Isis is pronounced in Arabic: “EEE-sys.” By measuring electrons, protons and ions, ISʘIS will equip researchers to understand the particles’ lifecycles — where they originate, how they are accelerated, and how they move out from the sun through interplanetary space.

Parker Solar Probe, with a launch window between Aug. 11 and 19, is designed to plunge repeatedly into the innermost regions of the solar system where the sun’s million-degree atmosphere, or corona, begins its outward expansion to produce the supersonic solar wind. At its closest approach, it will be less than 4 million miles away from the surface of the sun, inside the sun’s atmosphere, measuring and sampling particles in situ.

It will pass close enough to the sun to watch the solar wind speed up from subsonic to supersonic, and it will fly though the birthplace of the highest-energy solar particles. In addition, Parker Solar Probe will be the fastest human-made object ever, traveling at 430,000 miles per hour. That's fast enough to get from Princeton to New York City in half a second.

“It’s a super exciting mission,” said McComas. “Almost everybody has seen an eclipse, or at least an eclipse picture, and you see that hairy stuff around the sun when it’s blocked by the moon — that’s the corona. Our spacecraft will fly inside the corona, just incredibly close, and do it over and over and over again, so you can sample different solar wind environments. The sun is highly variable, so solar wind can be really fast, or slow, with transient solar particle events or more steady fluxes, so having lots and lots of re-visits is really great for the science.” 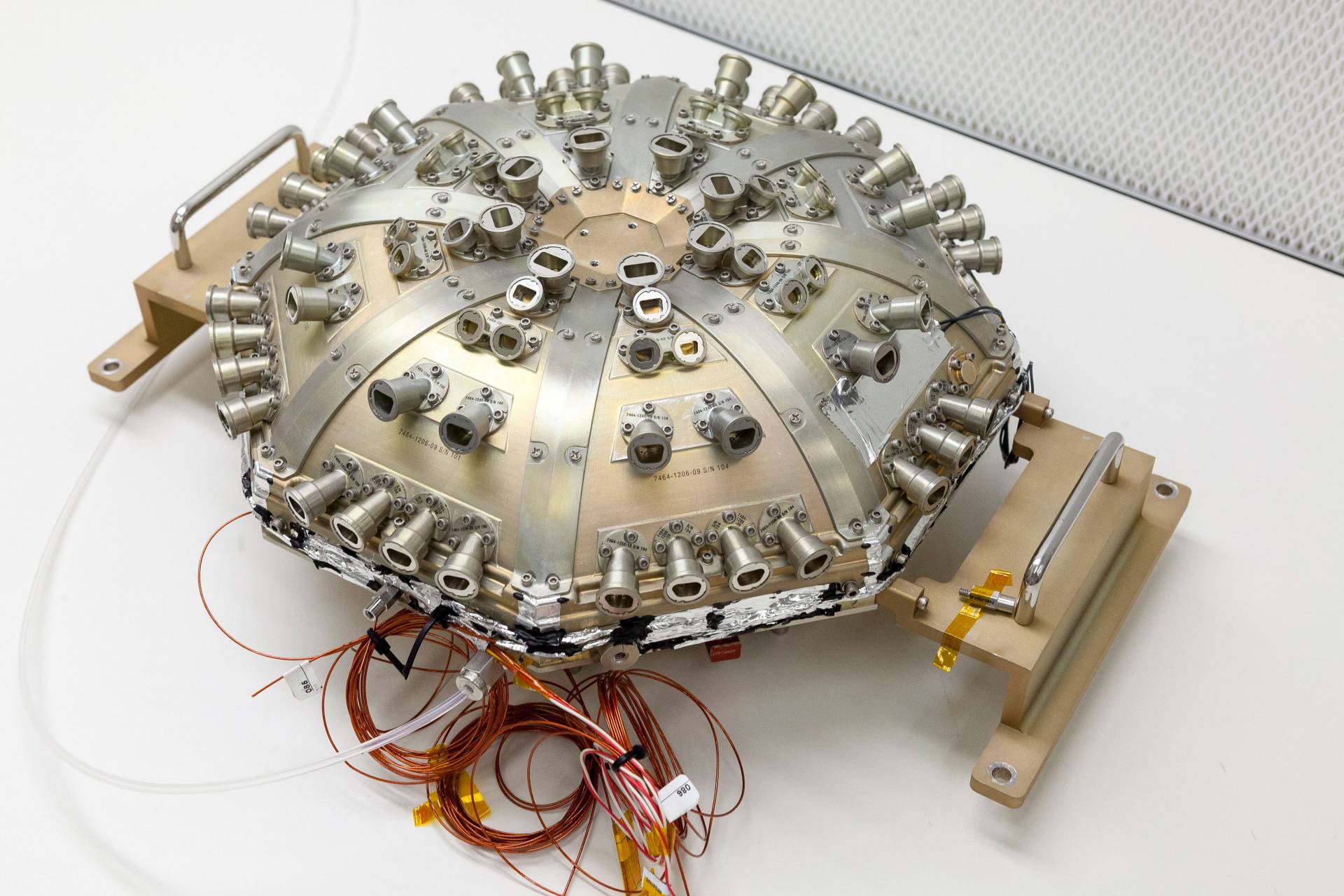 EPI-Lo is one of the two instruments that make up ISʘIS, an instrument suite on NASA’s Parker Solar Probe, which will pass closer to the sun than any mission in human history. ISʘIS will take dozens of passes through the sun’s million-degree atmosphere, or corona, where EPI-Lo’s 80 tiny openings will measure the spectra of the lower-energy particles streaming from the sun.

Measurements from the ISʘIS instruments will allow McComas’ team of researchers to explore energetic particles dynamics, including their origins, their acceleration as they are buffeted by the shockwaves and turbulence of the solar atmosphere, and their transport from the corona out to the heliosphere, the bubble-shaped region that surrounds the solar system.

The two ISʘIS Energetic Particle Instruments measure lower (EPI-Lo) and higher (EPI-Hi) energy particles. EPI-Lo has 80 tiny openings that sample nearly a complete hemisphere, measuring ions and ion composition from about 20 keV/nucleon–15 MeV total energy and electrons from about 25–1000 keV. “To be able to instantaneously view such particles over half the sky, basically, has never been done before,” said McComas.

“This is not a spinning spacecraft, so it’s hard to get a big field of view,” he said. “You can’t predict exactly where the particles will be coming in. We want to measure the distribution of particles that come in different intensities, from different directions.”

EPI-Lo measures the spectra of electrons and ions and identifies carbon, oxygen, neon, magnesium, silicon, iron and two isotopes of helium, He-3 and He-4. Distinguishing between helium isotopes will help determine which of several theorized mechanisms caused the particles’ acceleration.

An ion that enters EPI-Lo through one of the 80 dime-sized openings passes through two carbon-polyimide-aluminum foils before encountering a solid-state detector. Upon impact, the foils produce electrons that are measured by a microchannel plate. The sensors can identify the species of the particles by using the amount of energy left by the ion’s impact on the detector and the time it takes the ions to pass through the sensors.

EPI-Hi combines three particle sensors composed of stacked layers of detectors to measure ions from about 1–200 MeV/nucleon and electrons from about 0.5–6 MeV. It uses a series of ultra-thin silicon wafers to detect the trajectory of the particles and their species. At the probe’s closest approach to the sun, EPI-Hi will be able to detect up to 100,000 particles per second.

These high-energy particles are moving incredibly fast, McComas said. They are much, much faster than the satellite, which will be whipping through space at almost half a million miles per hour. Considering how much faster the energetic particles are, “We’re effectively standing still,” he said. Counting and measuring solar energetic particles is less like scooping up pebbles than like sampling rain as a hurricane blows past, or measuring dust as a tornado whirls by. 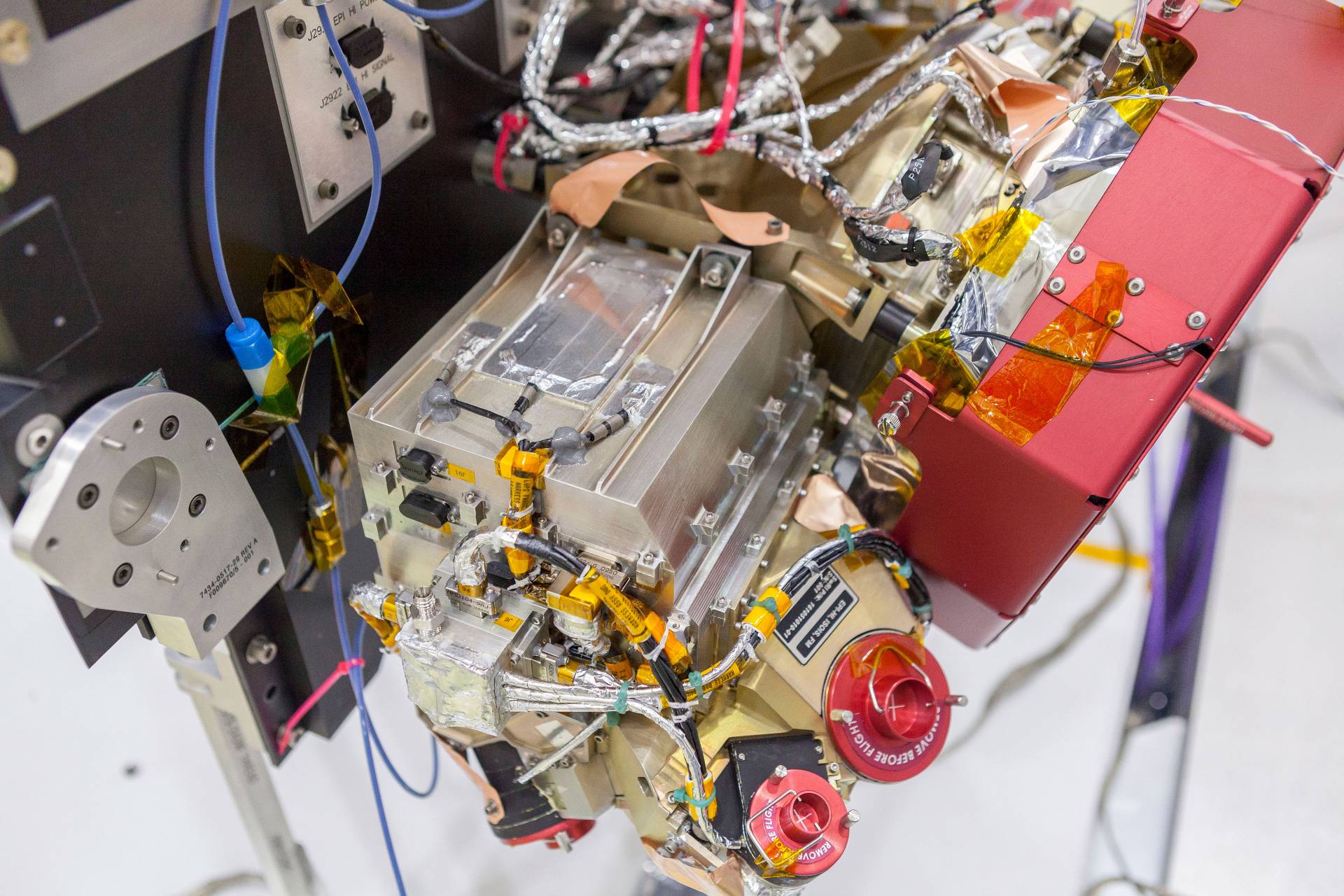 EPI-Hi, the other instrument making up ISʘIS, combines three particle sensors to detect the trajectory and species of high-energy particles ejected from the sun. At its closest approach to the sun, EPI-Hi will be able to detect up to 100,000 particles per second.

EPI-Hi has evolved from a tried-and-true design, said McComas, and EPI-Lo is even more innovative.

“It’s a really interesting balancing act,” he said. “New designs have some risk to them, but you absolutely cannot fail in space. It’s not like any other area. You can’t go fix it, so it’s got to work right, and you have to have really tight system engineering — but if you’re not taking some level of risk in your design and development and your measurements, you’re not pushing the forefront of science.”

ISʘIS is also designed to reveal previously unknown features of the inner heliosphere, which stretches from the sun’s corona out to the orbit of Mercury. ISʘIS instruments will observe continuously when the spacecraft is within 23 million miles of the sun (0.25 AU) with a high data collection rate. When it is farther from the sun, it will operate in a low-rate science mode whenever it can, to capture as complete a record as possible of the solar energetic particle environment and provide calibration and continuity for measurements closer in to the sun.

Together, ISʘIS’ unique observations will enable scientists to discover, untangle and understand the important physical processes that govern energetic particles in the innermost regions of our heliosphere, for the first time.

“A lot of what we haven’t been able to understand about these energetic particles has to do with the fact that we’re so far from the source,” McComas said. “It’s hard for us to disentangle effects from the source versus acceleration and transport processes.” He described a solar storm observed in 1980 by the Helios-1 spacecraft, located about halfway between the Earth and the sun, which detected five distinct bursts of electrons and helium ions, while another instrument near Earth only detected a single particle event.

“Understanding energetic particles is really important, not just scientifically, but also because they affect space weather, which can impact GPS, telecommunications, and all kinds of practical things,” McComas said. “They can destroy the functioning of spacecraft in orbit. They also cause the aurora borealis, which are beautiful to see, but when they’re raining on a spacecraft, it’s less good.”

By disentangling the complicated questions around the origin, acceleration and transport of solar energetic particles, ISʘIS will “help us be much smarter about looking at energetic particle data measured near Earth and interpreting what it means back on the sun, how the particles got there, and how to deal with them as a part of space weather,” McComas said. “This is a really critical mission.”