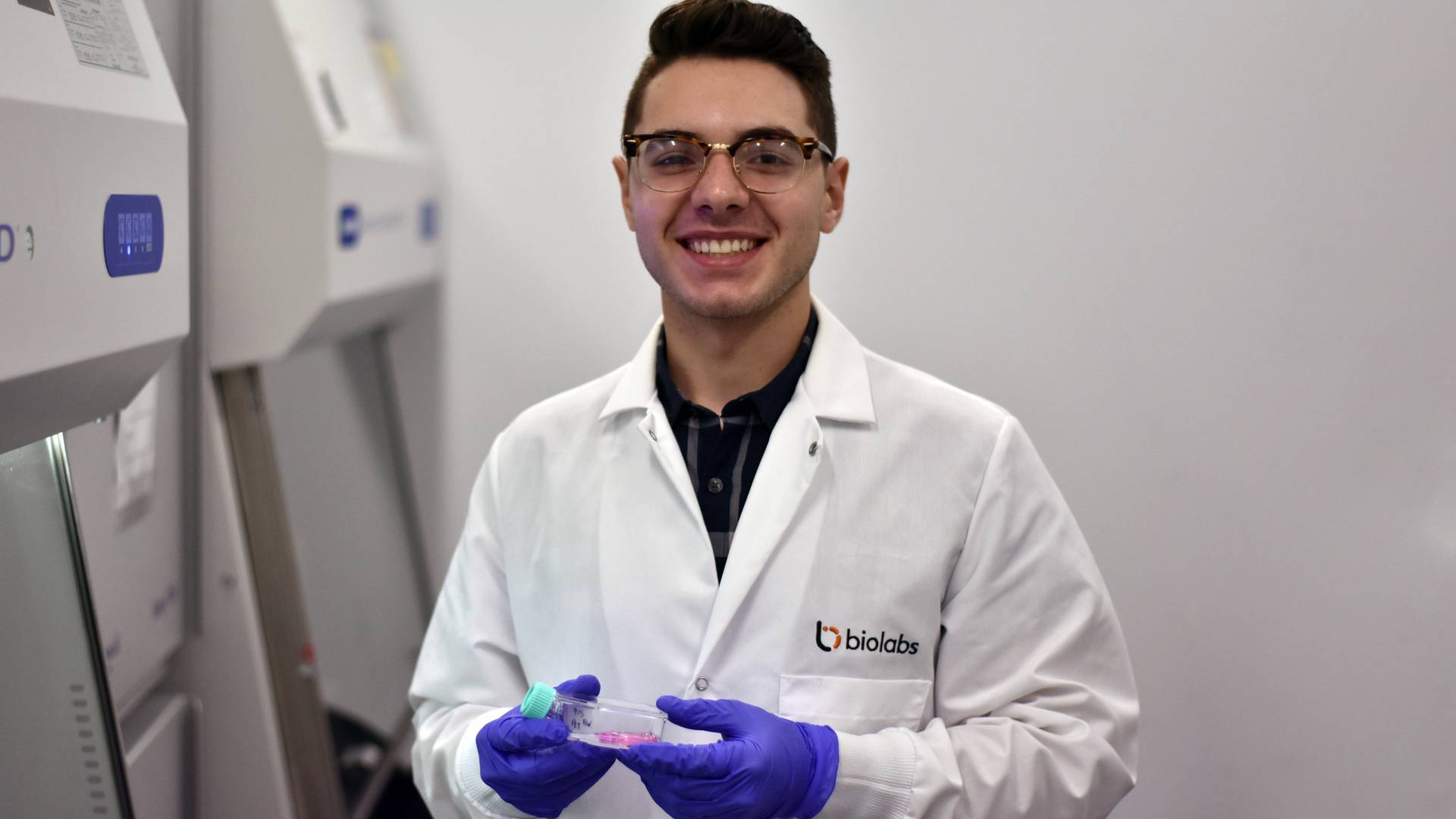 Niko Fotopoulos, a Princeton sophomore, is a co-founder of Blackwell, a medical technology startup. The Blackwell team spent this past summer at Princeton Innovation Center BioLabs, the first undergraduate team to do so.

How did you (and your team) come up with your business ideas?

In terms of starting our business and developing our initial product concept, we went about it in a somewhat unorthodox way. The team, comprised of myself, Ricky Pati, Adam Konkol, Dylan Cook (sophomores at the University of Pennsylvania), and Siddharth Iyer (sophomore at Johns Hopkins University), first met at Biotechnology High School in New Jersey, where we became best friends over our four years there. We always knew we wanted to start a business, but didn’t really have the time or knowledge to commit to and develop a viable business concept.

After the first few months of freshman year, we came together again and wanted to truly commit more time to the project, bringing our team together and leaving us with the need for a product concept. I remember I sent everyone a case study summary that we were analyzing in my entrepreneurship class about a startup where the team came together knowing they wanted to start a business, but had no initial idea. We followed a similar process to what I saw in the case study, holding weekly meetings over videochat and constantly brainstorming, focusing in on the areas in which we were well-versed: medicine and surgery, material science, biology and chemistry.

Siddharth, who is studying material science engineering, brought us this concept of a new artificial ligament design, as current material studies showed high failure rates for current industry competitors. We knew with the complementary skillsets of each team member, we were well-equipped to research the concept further and develop it into what it is today, our first surgical product that received funding. From there, and with the experience gained from developing this first product, we are working to continue advancing different areas of medicine and surgery, such as with a new scalpel design concept for lumpectomy procedures. 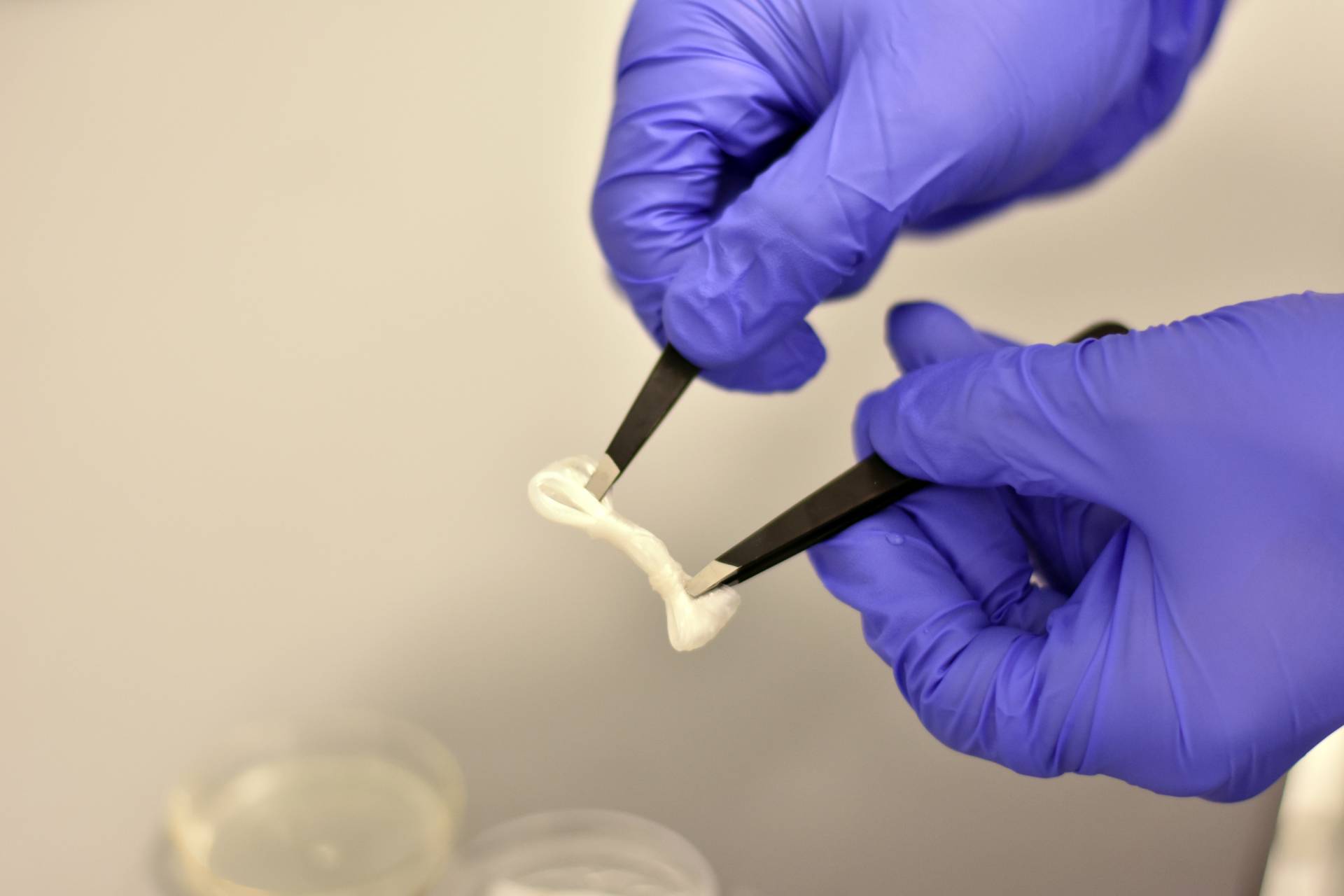 A sample of Blackwell's artificial ligament in development.

How did having space at Princeton Innovation Center BioLabs boost your work?

Having the BioLabs space was essential for our success, mainly due to the well-stocked labs and available resources. We had our initial tour of the center before becoming tenants in the space and could not believe the different analytical tools and cell culture spaces that were available, which gave us better opportunities to develop a more refined and professional research project surrounding our product. Being in a space with other companies was also beneficial as we were able to talk to others developing biotech and medtech products, learning from them and expanding our knowledge and experiences.

Yet, in the end, having a productive workspace where our entire team could convene and finally interact face-to-face rather than over videochat was the best part as we got more work done and saw [more] exponential progress in our business development than we could have imagined.

How else has Princeton impacted your entrepreneurial journey?

The Princeton network, and I mean network in every facet that the University had to offer, was the most important enabling factor that allowed us to take our product idea to a fully-executed research project in the BioLabs in a matter of months. The knowledgeable people on campus who had experience in entrepreneurship were fantastic to hear from and really inspired me when developing the concept after times when I wanted to put the idea to rest. Anthony Williams in the Office of Technology Licensing had much-needed insight into IP protection and business incorporation. In fact, it was after a meeting I had with him that he just happened to introduce me to the very organization that would act as our investors. The New Jersey Health Foundation reached out to him a week before I had a meeting scheduled and asked that he pass their name along to any undergrads developing businesses in the medical space.

After my meeting, he remembered the email they had sent and connected the two of us. From there, my team could not believe that we, a team of undergrads, was able to actually secure funding for an idea of ours and have enough money to launch a research project and work at PICb. To know that someone believed in our concept was the fuel we needed to keep going.

After entering PICb, the Princeton alumni network proved to be an even greater tool, where we were able to contact alumni and ask for advice or connections to others in the industry. So many people were excited to have an undergrad contact them and ask for help, feeling honored that they could help someone at their alma mater. 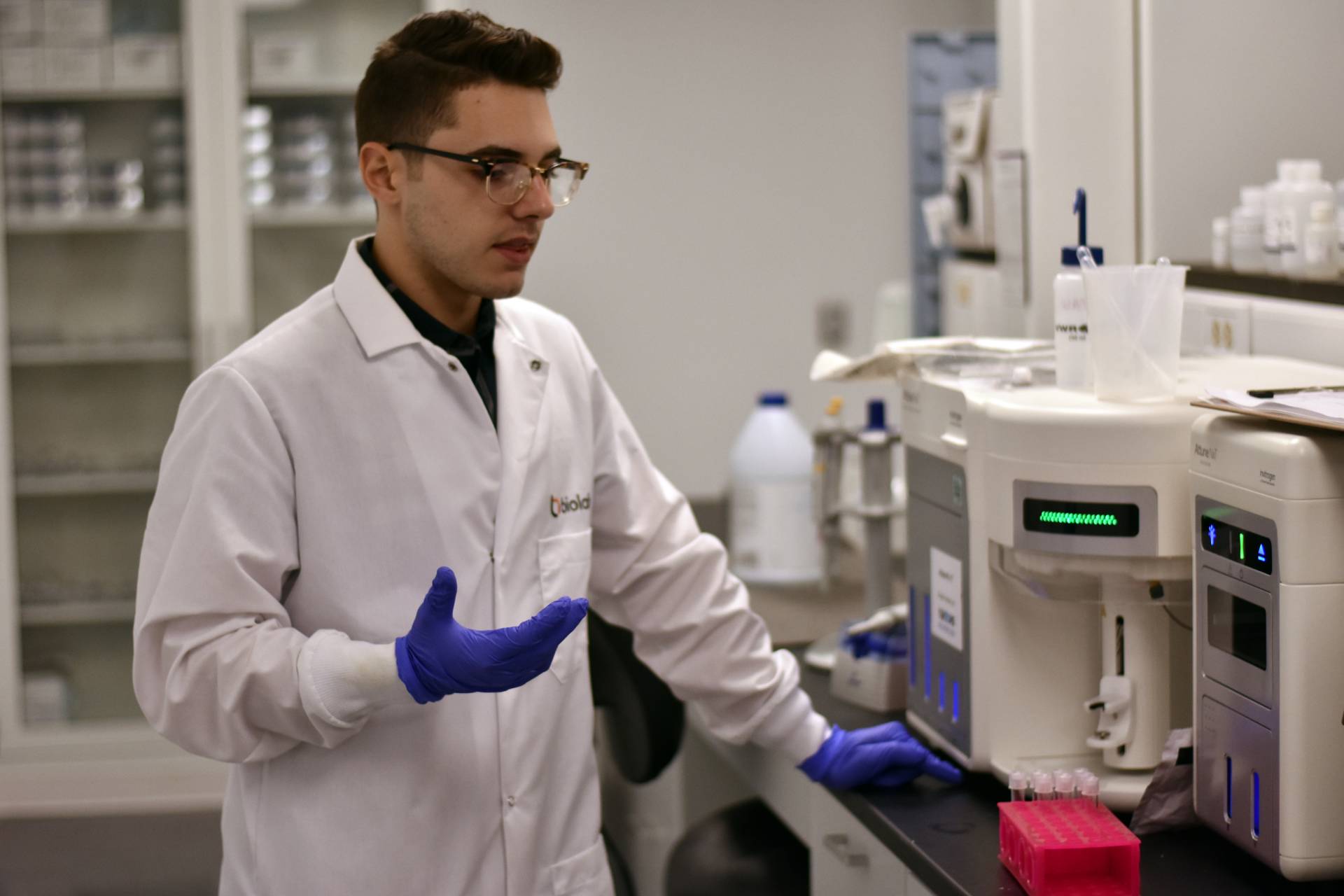 Fotopoulos said the lab space proved essential for the work of the startup, and also has allowed the team to learn from others working on biotech and medtech products.

Now that you are in your second year at Princeton, what advice do you have for a first-year who might be interested in entrepreneurship?

For any Princeton student, I would say that they just need to put themselves out there. They need to contact people on campus and set up meetings, because they have a real interest in hearing what they have to say. The resources and network are out there, and it is up to them to make use of it. For first-years specifically, this can seem daunting, especially since many are not even familiar with the different resources available on campus.

I know I only found out about what Princeton had to offer after reaching out to everyone I could. For these students, I would say to take some entrepreneurship classes and consider working toward the entrepreneurship certificate. Aside from this, looking at the many programs offered by the Keller Center such as eLab and Tiger Challenge are great ways to get involved in entrepreneurship.

Why the name Blackwell? What’s next for the company?

Elizabeth Blackwell was the first female physician, so we felt obligated to pay homage to one of the pioneers of our industry, especially with the idea that we wanted to innovate surgery and medicine further as she did in her time.

With this goal in mind, we are excited to be working on our next big project with Dr. Stephen Chagares. Similar to our mindset, he is launching the first active program in the U.S. performing robotic nipple-sparing mastectomies, a new procedure involving the da Vinci robotic surgical system that was previously only performed in Europe. We will be developing an attachment to the device that will optimize the procedure and increase the number of patients he will be able to help with the procedure.

What is next for you this year?

After having seen what my undergraduate team could do to develop a biotech business venture, I have really developed a passion to promote this interest and inspiration among other undergrads at Princeton. As a result, several peers and I are forming a student organization under the Princeton E-Club that will be working directly with the Princeton Entrepreneurship Council, the Keller Center, the Office of Technology Licensing and PICb to increase student interest in biotech entrepreneurship. We will consult with Princeton graduate students, postdocs and faculty on their potential life science business ventures to develop their business model and secure funding, increasing their entrepreneurial knowledge. We will evaluate the viability of current biotech products and businesses using a science-driven approach, allowing us to understand the intricacies of the industry and talk with Princeton alumni who are high-ranking figures in the field.