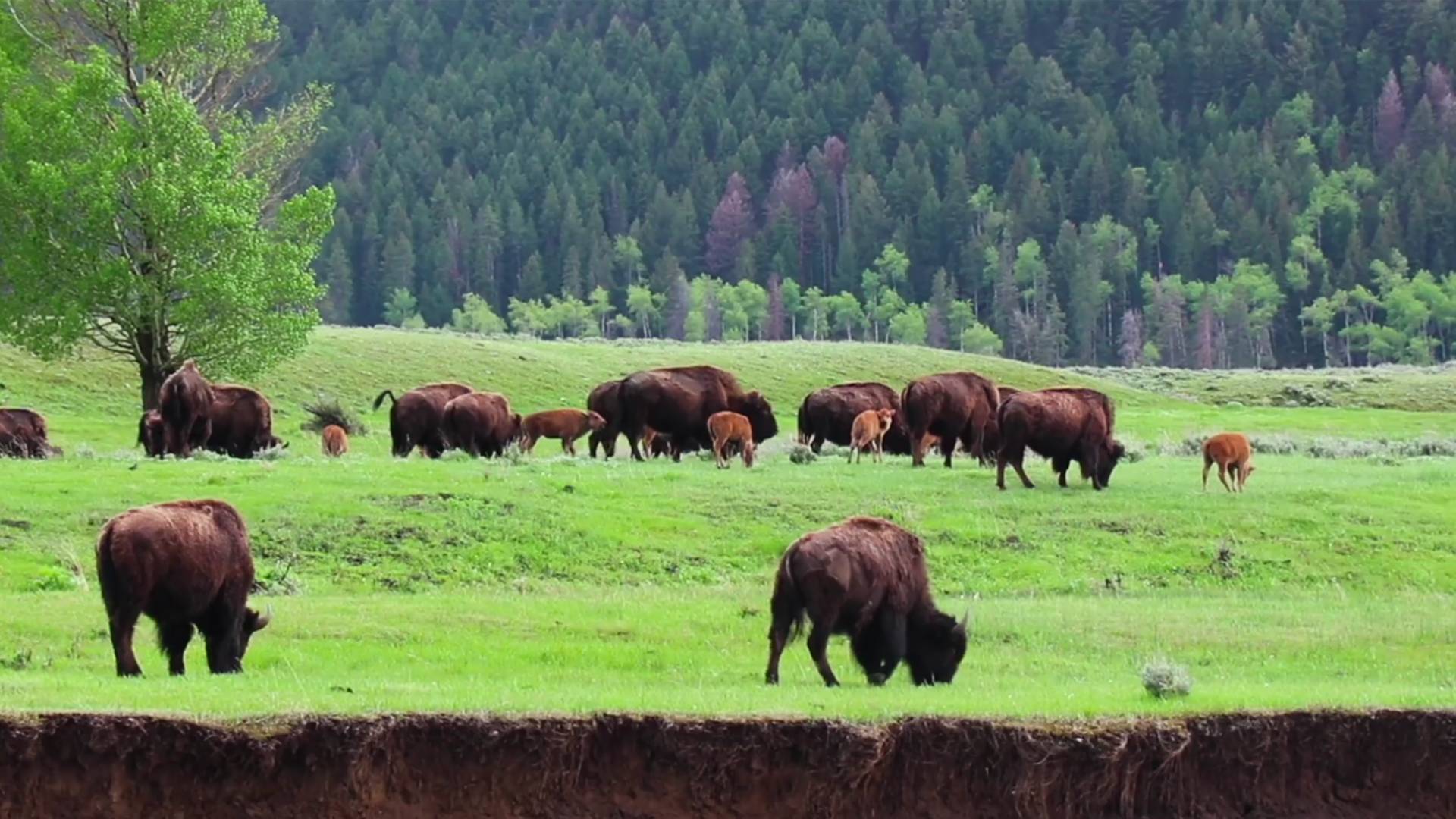 Earlier this year, Princeton undergraduates from the Princeton Conservation Society went to the American Prairie Reserve in Montana and filmed a documentary about the intricate relationships between wildlife, native communities and ranchers. Above, a herd of bison grazes in the Lamar Valley in Yellowstone National Park, which is known as an American Serengeti for its abundance of wildlife, including bison, grizzly bears and wolves.

Video by the Princeton Conservation Society

Last May, a team from the Princeton Conservation Society led a documentary-filmmaking expedition to the American Prairie Reserve, a nonprofit trying to assemble America’s largest wildlife reserve in northern Montana. The expedition sought to teach students about the intricate relationships between wildlife, native communities and ranchers.

The Princeton Conservation Society is a student group founded in 2016 under the Office of the Dean of Undergraduate Students. The group’s mission is to advance environmental conservation work at the University by increasing awareness on campus through events as well as having students participate in trips to wilderness areas across the world. 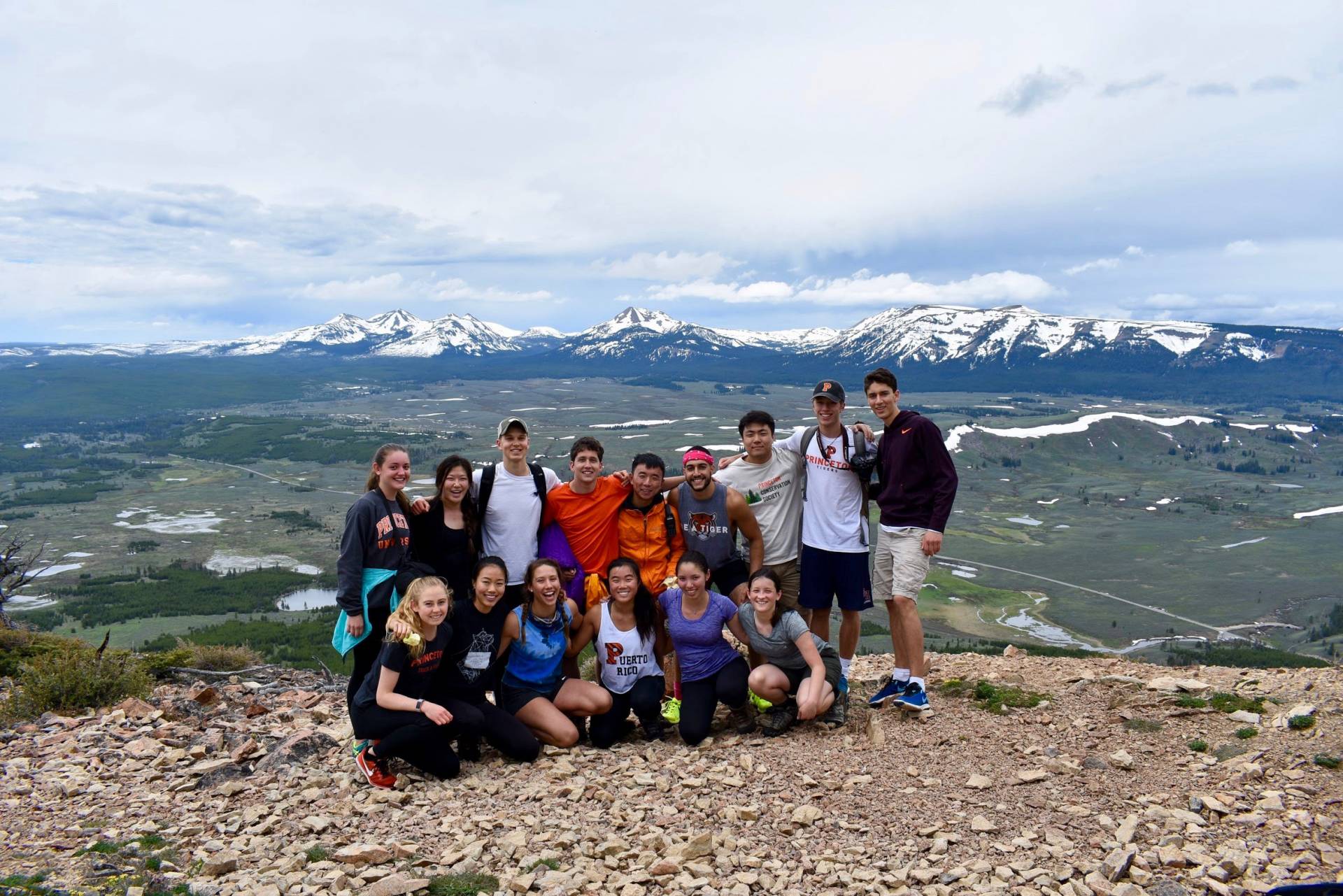 Students in the Princeton Conservation Society stand on top of Bunsen Peak in the northern part of Yellowstone after hiking 4 miles to the summit.

The group’s 20-minute documentary, “Where the Buffalo Roamed: Restoring the American Serengeti,” was completed in October. The film, which also incorporates the perspectives of local ranchers, scientists and Native Americans, will be screened at 6:30 p.m. Wednesday, Nov. 14, at Thomas Laboratory, Room 003.

“We really wanted to take students on a trip that showed them conservation work being done in America’s own backyard,” said senior Noah Mihan, the president and founder of the group. “Visiting the Prairie Reserve in Montana was an amazing way to get our hands dirty and learn about the fascinating history of the Great Plains.”

The team was made up of 15 undergraduates who came from an array of backgrounds and interests — history majors to engineering students, athletes to musicians, all sharing the same passion for the environment.

“I really bonded with so many people from different backgrounds I never would have even met on my own,” said senior Will Brown. 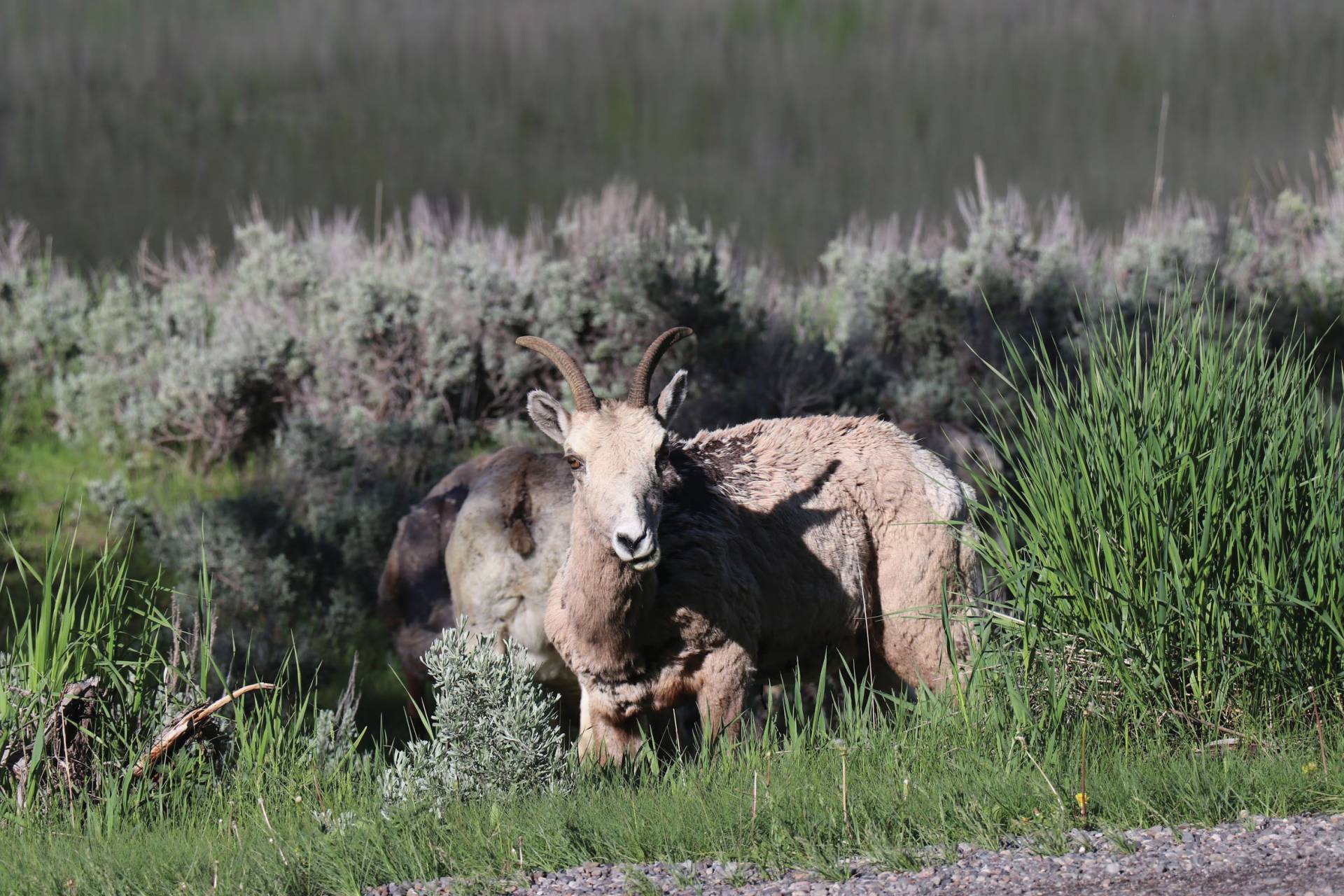 Upon landing in Montana, the team made their way to Yellowstone National Park, where they took in and explored the abundance of wildlife and breathtaking, vast views. From witnessing a herd of bison stampeding past their cars to testing their lung capacity by hiking up Bunsen Peak to survey the park from 10,000 feet above sea level, the students roamed the vast ecosystem. In Yellowstone, the team also learned a few basics of wildlife filmmaking, at one point finding a grizzly bear in a standoff with an adult bison.

“Many people think of Yellowstone as the home of all of these animals, but in reality, grizzly bears, wolves, elk and bison, those are all plains species,” said sophomore Andrew Kaneb. “They were driven back from all the other areas and Yellowstone has become their last refuge.”

After a couple days at Yellowstone, the group traveled north to the American Prairie Reserve, which lies on the other side of Montana. By purchasing ranchland, the reserve is attempting to create an American Serengeti, a vast wilderness preserve, inhabited by most of the wildlife that calls Yellowstone home. 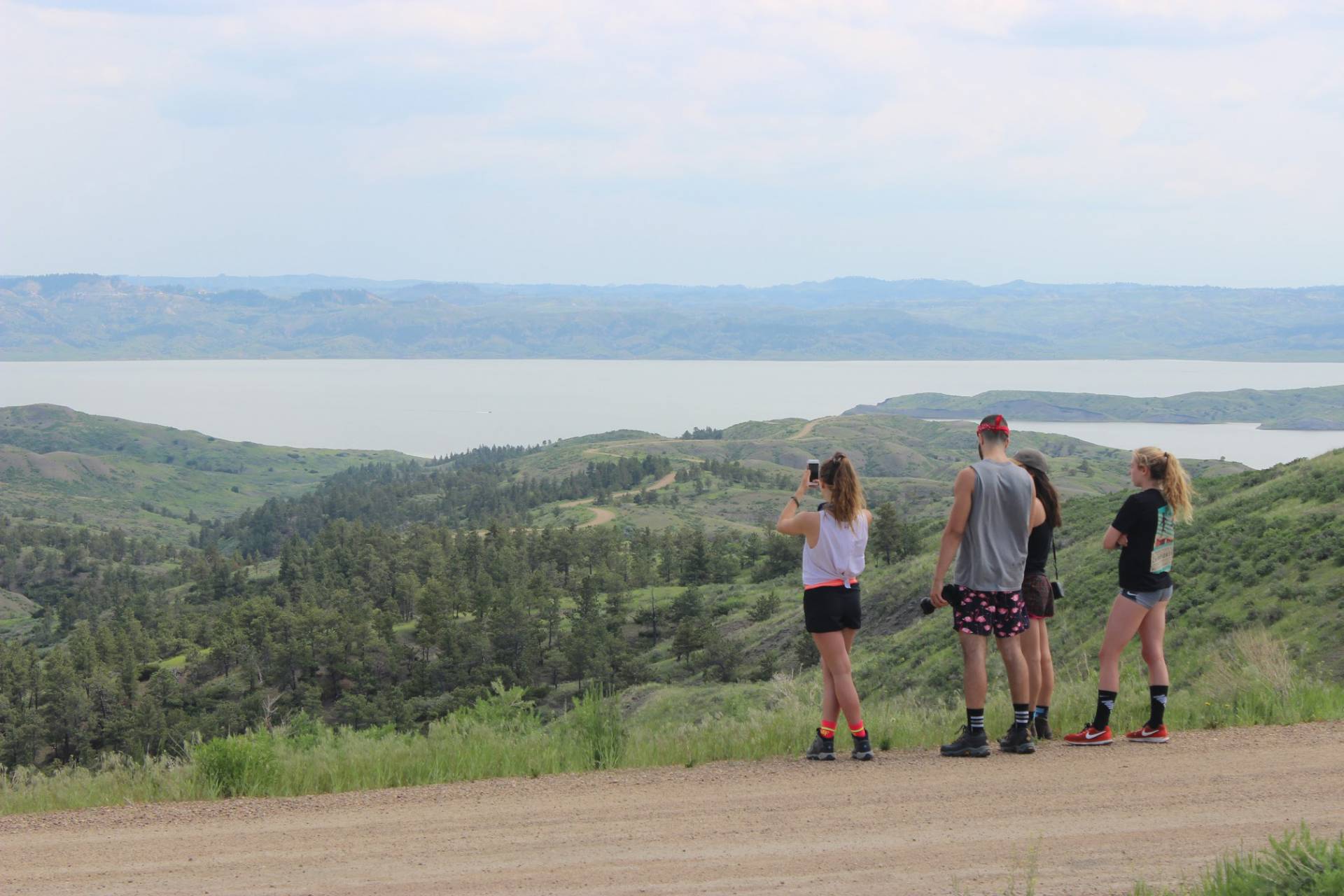 Students take in an expansive vista at the American Prairie Reserve, a nonprofit trying to assemble America’s largest wildlife reserve in northern Montana.

The caravan navigated endless miles of dirt roads in the dark. They found the reserve in the early hours of the next morning and were stunned by its vastness and expansiveness. The sun poured over the horizon, bathing the prairie with its golden aurora, while bison waking up in the distance produced a low rumble.

“When you’re in the middle of the prairie it’s such a humbling experience,” said junior Devon Block-Funkhouser, “because all you hear is the birds and the whispering of the grass and you can’t see a building in any direction.”

“It was almost a spiritual experience,” said junior Janette Lu.

At the reserve, the team interviewed and learned from many wildlife experts. Daniel Kinka, the wildlife restoration manager on the reserve, explained to the group that not that long ago, these lands used to be filled with millions of bison. European expansion across the plains, driven by Manifest Destiny, had destroyed these great herds of bison, along with the entire ecosystem. Now that the American Prairie Reserve has ownership over hundreds of thousands of acres of native prairie, they are beginning to reintroduce the wildlife. The team also explored the reserve, visiting the sacred Native American Indian Lake Medicine Rock, swimming in the Missouri River and hiking to a prairie dog town along the Upper Missouri Breaks. 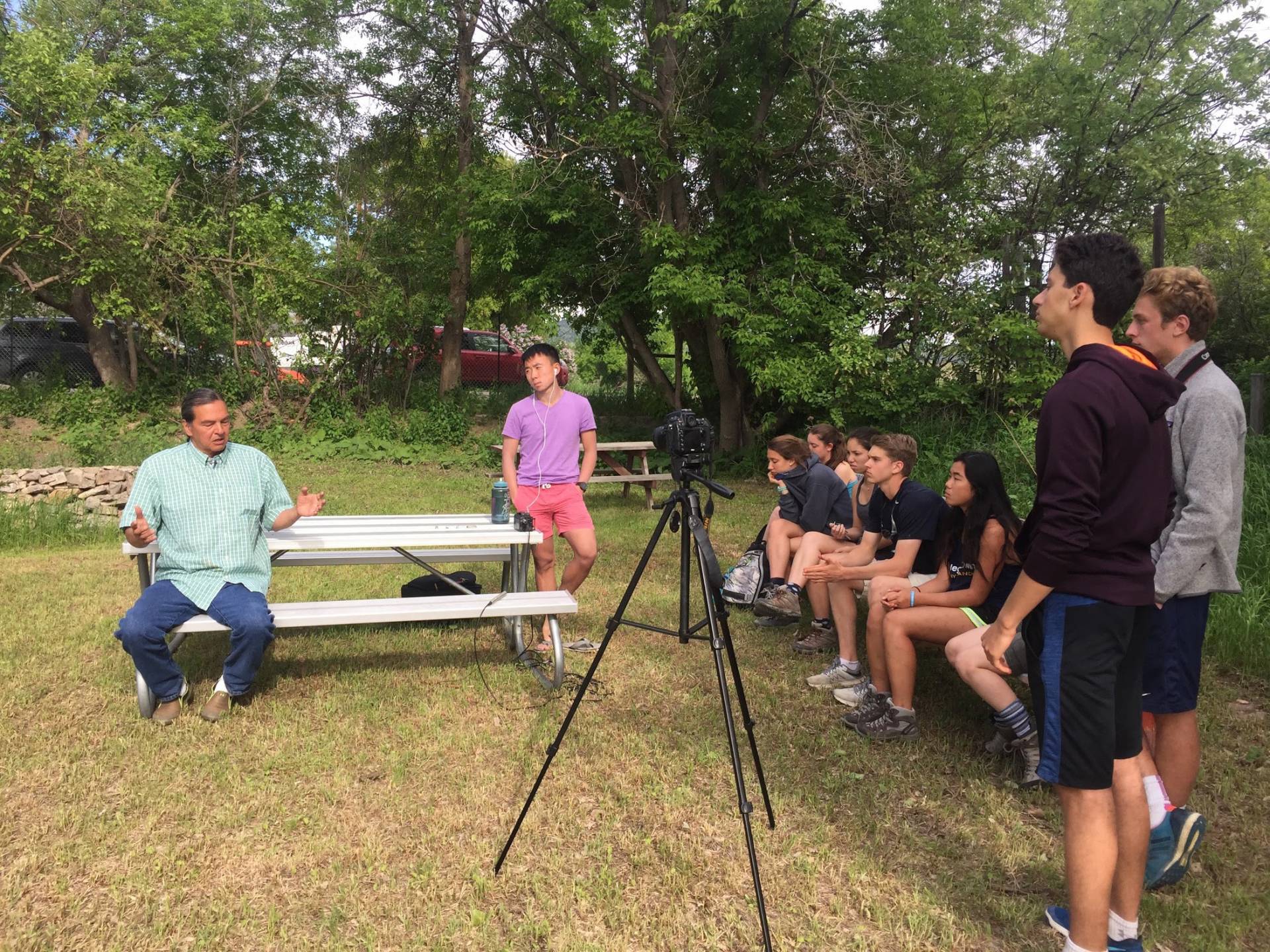 Students interview George Horse Capture Jr. in the town of Hayes at the Fort Belknap Indian Reservation, just north of the American Prairie Reserve. Horse Capture is the retired vice president of the reservation's Tribal Council and gave students insight into the Native American history of the area.

Students also went to visit the Fort Belknap Indian Reservation to the north, where they saw the bison herd the Aaniiih and Nakoda tribes had established. They interviewed resident George Horse Capture Jr. about the meaning of the landscape and the bison to the local tribes.

“It’s difficult for the outside to understand what the buffalo mean to us,” he said. “In one sense they had to come to the brink of extinction because the United States government wanted to, for a better term, make us civilized. But it just really set things off-kilter for our world. There are scars that those things leave.”

“The interview with Horse Capture was very special,” said sophomore Jonathan Salama. “It was really interesting to see what the American Prairie Reserve was doing from the Native American perspective.”

This trip was made possible by contributions from the Carl A. Fields Center, Office of the Dean of Undergraduate Students, Department of Ecology and Evolutionary Biology, Princeton Environmental Institute, High Meadows Fund, and Princeton Progressives. Next summer, students plan to travel to First Nation communities in the Northern Canadian Rockies to further their study of Native communities' relations with conservationists, this time with a focus on climate change. 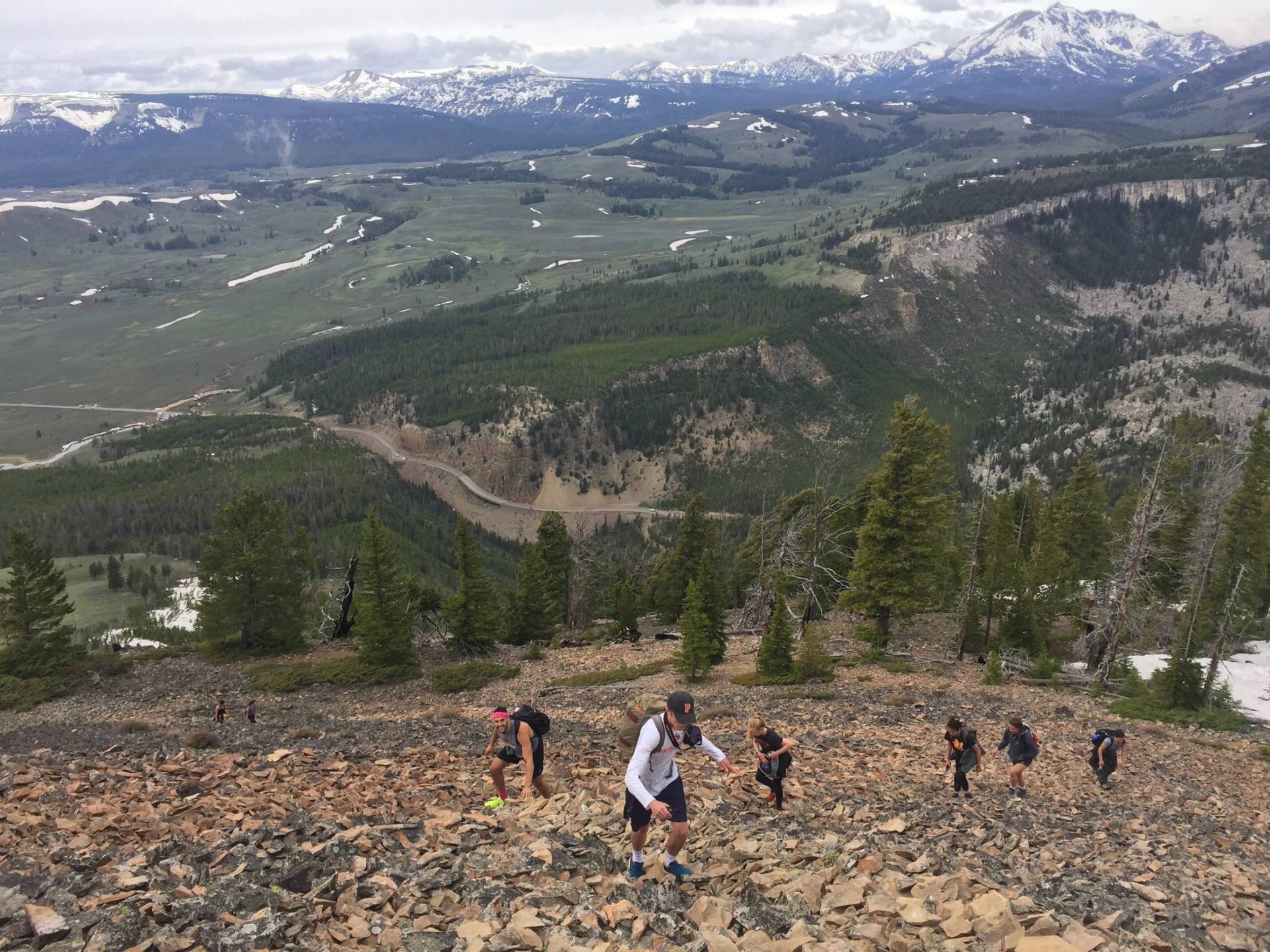 Students, led by sophomore Andrew Kaneb (in white), scramble up a scree field, made up of small stones, on the side of Bunsen Peak in Yellowstone.

#TellUsTigers 2017: Take a leisurely scroll to meet Princetonians — one post at a time