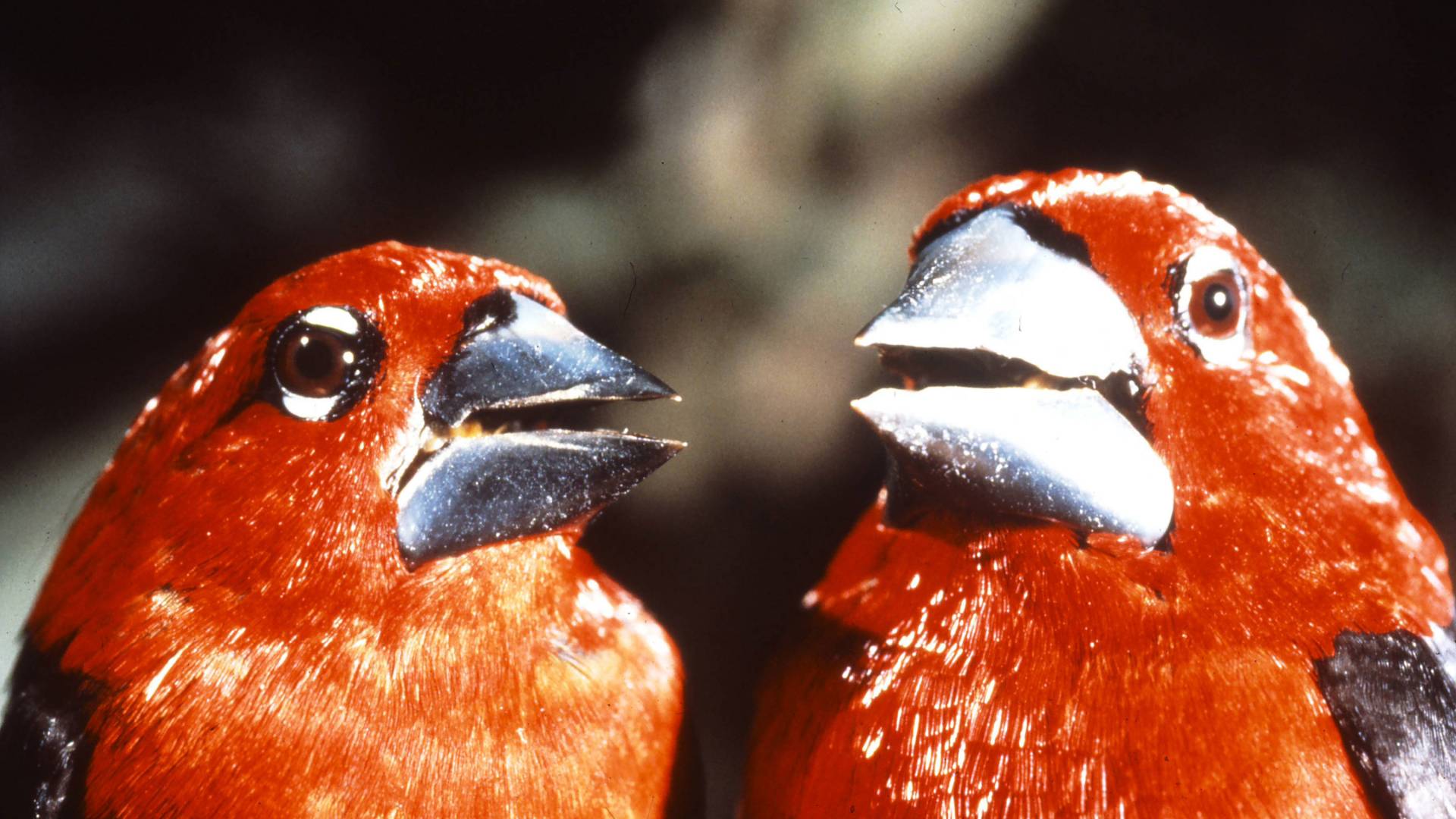 Black-bellied seedcrackers (Pyrenestes ostrinus) can have large (right) or small beaks on birds of the same size, a trait that had mystified researchers for years. Princeton biologist Bridgett vonHoldt found that the two morphs differ in a 300,000-base-pair chunk of DNA, apparently inherited as a unit, which includes a well-known growth-factor gene.

Bridgett vonHoldt is best known for her work with dogs and wolves, so she was surprised when a bird biologist pulled her aside and said, “I really think you can help me solve this problem.” So she turned to a mystery he’d been wrestling with for more than 20 years.

“I love a good challenge and especially working on new questions!” said vonHoldt, an assistant professor of ecology and evolutionary biology at Princeton. “I was presented with a new problem in an entirely new system, which was an incredible opportunity to explore how different ecologies could promote different evolutionary patterns.”

The birder and biologist was Tom Smith, who has spent his career studying finches — specifically, black-bellied seedcrackers (Pyrenestes ostrinus) — in Cameroon and in his lab at the University of California-Los Angeles. 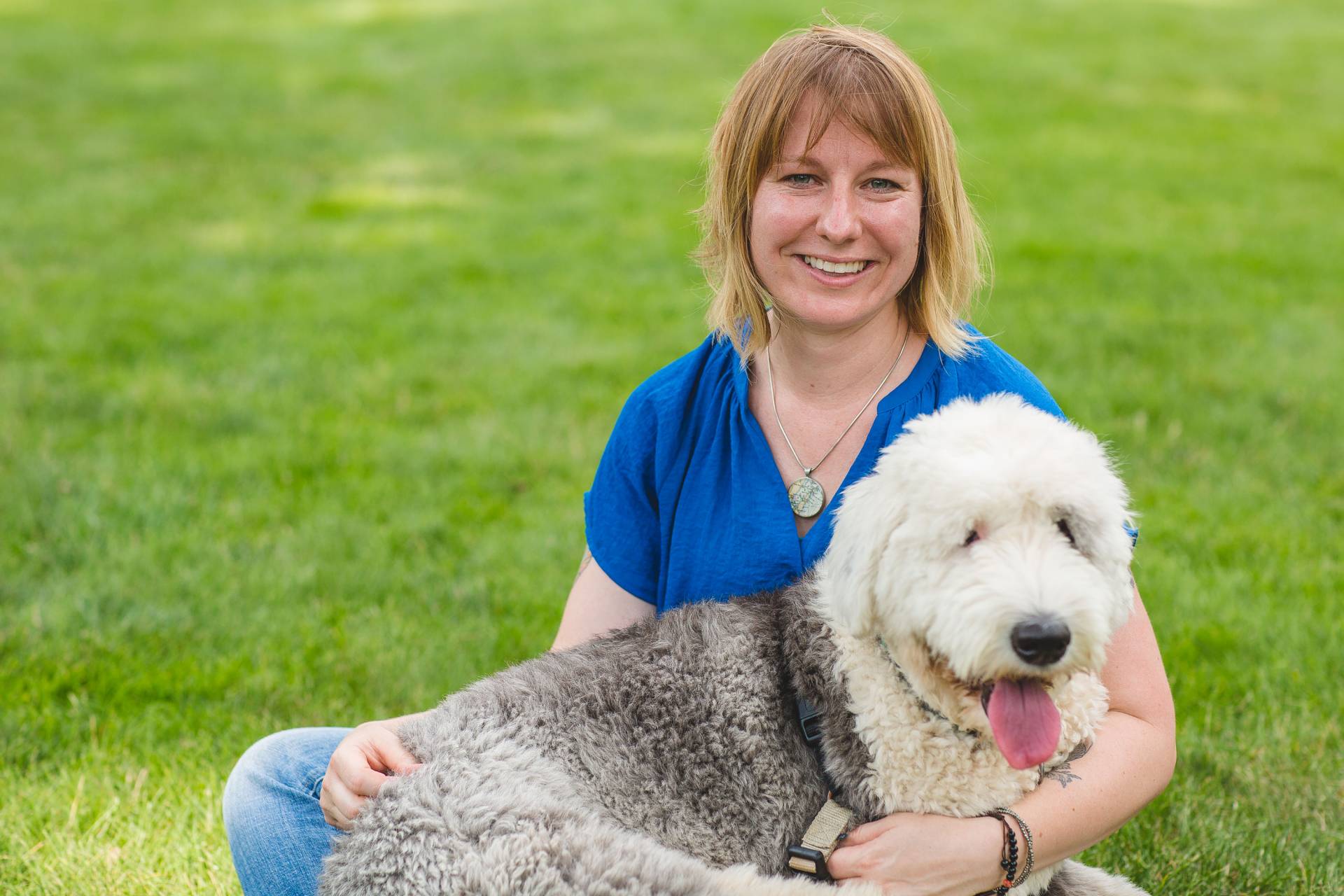 Bridgett vonHoldt, seen here with her dog Marla, branched out from her usual field of canine genetics to tackle a bird mystery: Why does a species of Cameroonian finches have two beak sizes?

He and his colleagues have spent years investigating why some of these finches have small beaks while others have large beaks. Much of their original work identified differences in the hardness of the seeds they eat, a story quite similar to that of Darwin’s finches. Smith, who is a professor at UCLA as well as the founding director of the Center for Tropical Research, established a breeding colony of these finches to understand the inheritance of beak size.

The result was startlingly and elegantly simple: Mendelian genetics, best known to generations of high school students through Punnett squares. The larger beak was the dominant trait, so two small-billed parents could only have small-billed offspring, but if either parent had a large bill, their offspring would have a mix of large and small bills, perfectly matching the 3:1 pattern predicted by Gregor Mendel centuries ago.

“You never get this!” said vonHoldt with a laugh. “Traits rarely show such a clean pattern of inheritance, especially traits that are very central to fitness in a wild population.”

That Mendelian pattern was the key, said vonHoldt. With new technology to analyze the entire genome, combined with Smith’s years of ecological data and insights, they had all the pieces to find and understand the genes behind this mystery.

Smith had found the Mendelian pattern in these Cameroonian birds through observation, but he hadn’t been able to identify the gene responsible for it. But when vonHoldt compared the genes of the large-beaked birds to those of their smaller-beaked counterparts, she found one stretch of DNA — 300,000 base pairs, apparently inherited as a chunk — that always varied between finches of large and small beak size. And right in the middle of that piece of chromosome was the gene IGF-1, familiar to vonHoldt from canine genetics.

“In dogs, this is a giant gene, literally and figuratively,” she said. “It’s a growth-factor gene. In dogs, if you change how it’s expressed, with just a few genetic changes you can change a normal-sized dog into a dwarfed, teacup-sized dog.”

The gene can affect a specific trait or a whole animal, depending where it’s located on the genome and when it is expressed. “If this gene is expressed more, you expect a larger trait: a larger body, a larger foot, a larger ear, whatever it is controlling. It then is easy to imagine that with a small change to this gene, traits could very easily change in size or shape. We suspect this is the story here, with these beaks,” vonHoldt said.

Smith and his colleagues had already determined that beak size affected diet — whether a finch lived on large or small seeds — but it didn’t seem to have any impact on mate selection. “Females don’t prefer males with a large beak, or vice-versa,” said vonHoldt. 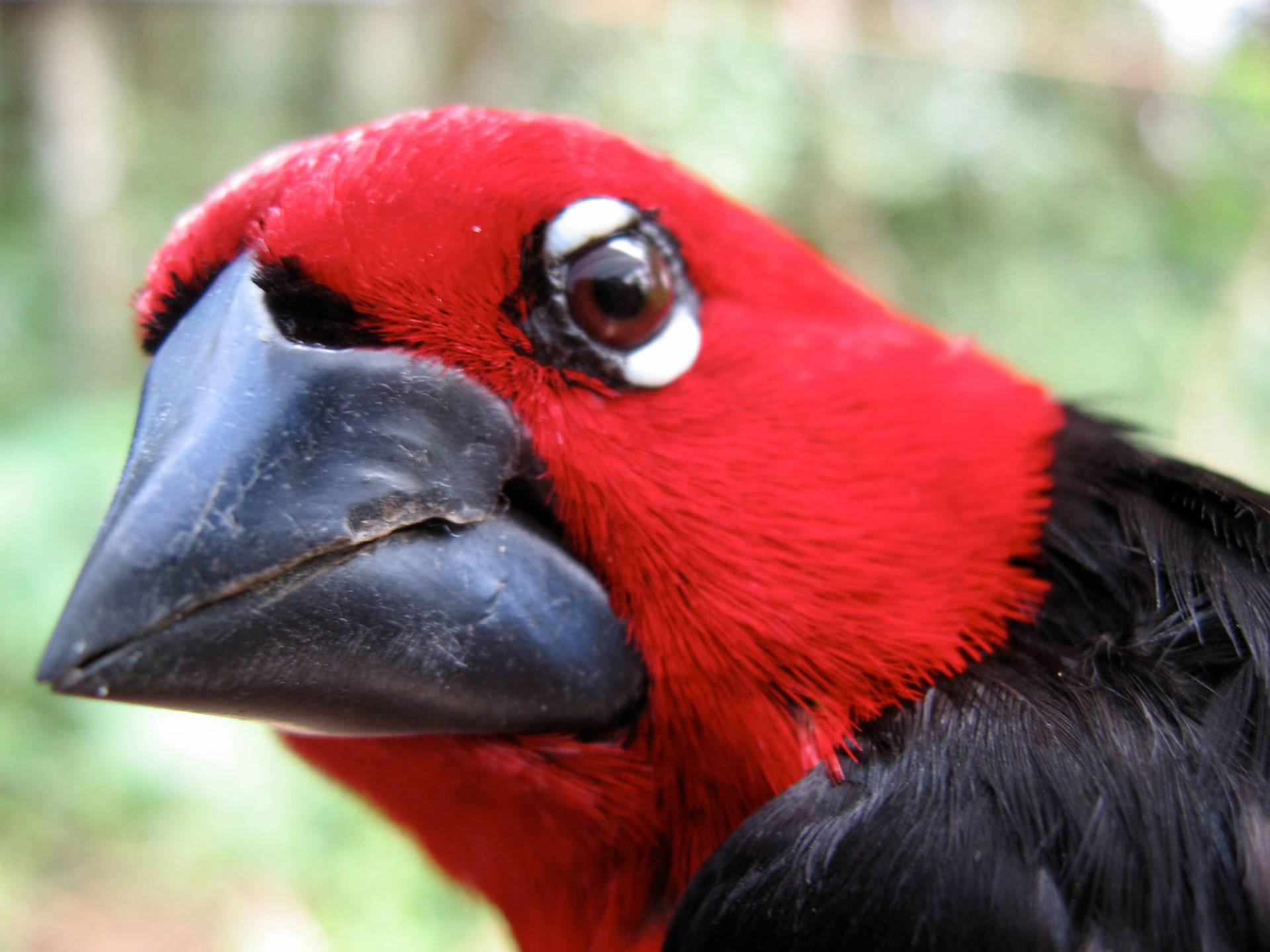 The "mega" morph of these finches, with an even bigger bill and a larger overall body size, appears to result from an additional evolutionary step.

In these birds, the bill was the only trait changing size; large-beaked and small-beaked black-bellied seedcrackers are otherwise identical. But Smith also discovered a third morph of these finches, which he called the “mega” variety, with an even bigger bill and a larger overall body size.

After examining the genes, vonHoldt discovered that the "mega" is genetically distinct from the small- and large-beaked morphs. Not only does it carry two copies of the large allele — like the large-beaked finches — but it also has other chromosomal changes, apparently the product of an additional evolutionary step.

VonHoldt said she appreciated the opportunity to branch out from her usual subjects. “Dogs and wolves have helped me ask the questions I find exciting, from domestication to conservation,” she said, such as her work with the wolves in Yellowstone National Park. “There is so much to explore beyond canines. This was a great opportunity to make new collaborations, think about a different problem and use new methods to tackle an old question.”