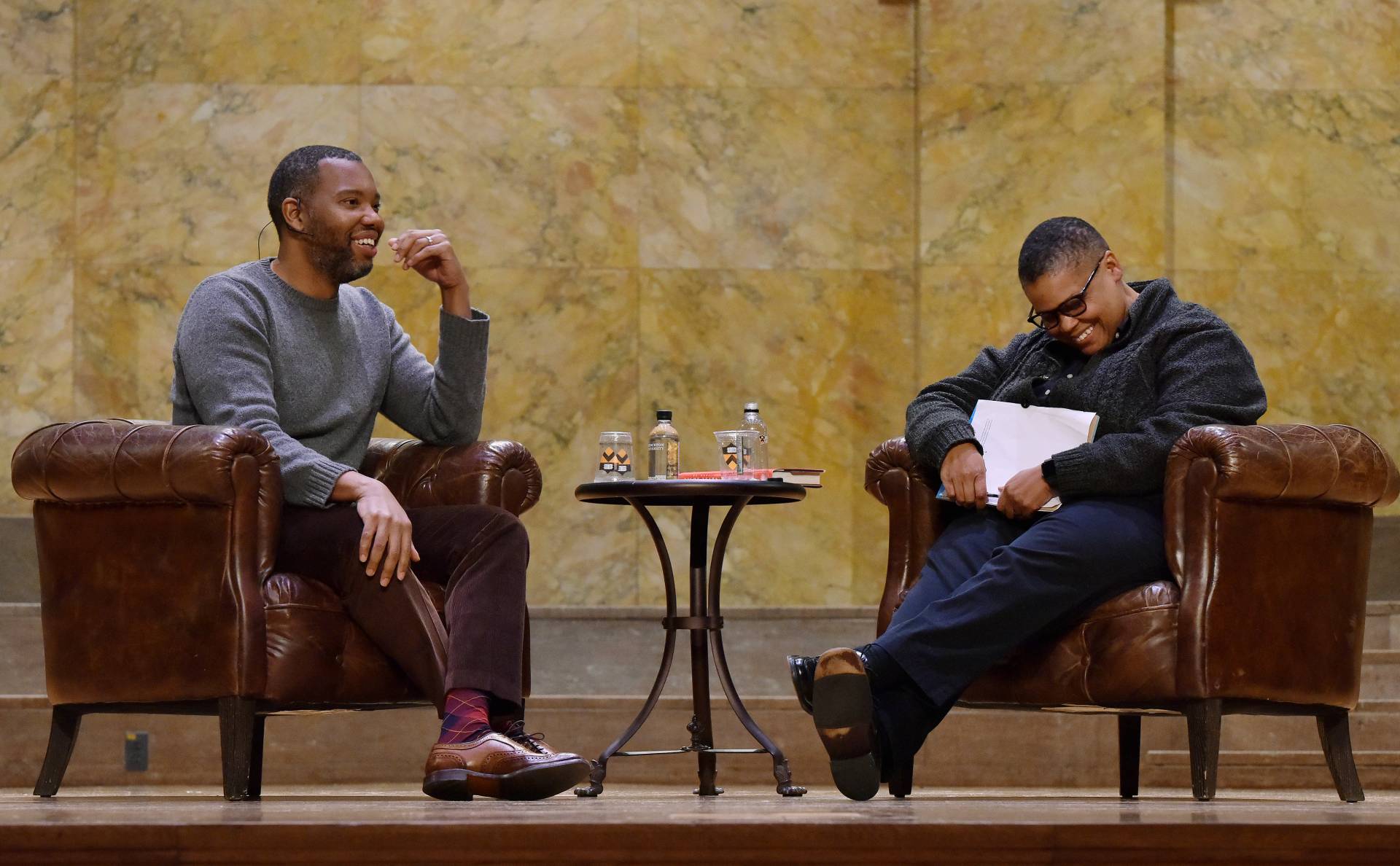 Writing about race has transformed the life of Ta-Nehisi Coates since his 2015 book, “Between the World and Me,” was published to widespread acclaim. It placed him at the forefront of the national discussion about issues surrounding America’s racial history. On Nov. 28, Coates, who also wrote the relaunch of Marvel Comics’ “Black Panther” series, took the stage in Princeton’s Richardson Auditorium for a public conversation with Keeanga-Yamahtta Taylor, assistant professor of African American studies.

Coates and Taylor, speaking for close to two hours to a full house of Princeton University students, faculty and staff, and community members, discussed the role of a writer, the definition of progress, and what race looks like in a post-Obama and Black Panther world.

“There’s a way in which certain people take too much comfort in progress,” Coates said. “For instance, we can have progress for the rest of American history and black people could still be unequal.”

The event was hosted by the Carl A. Fields Center for Equality and Cultural Understanding, and co-sponsored by Princeton University Public Lectures, the Department of African American Studies and the Lewis Center for the Arts. 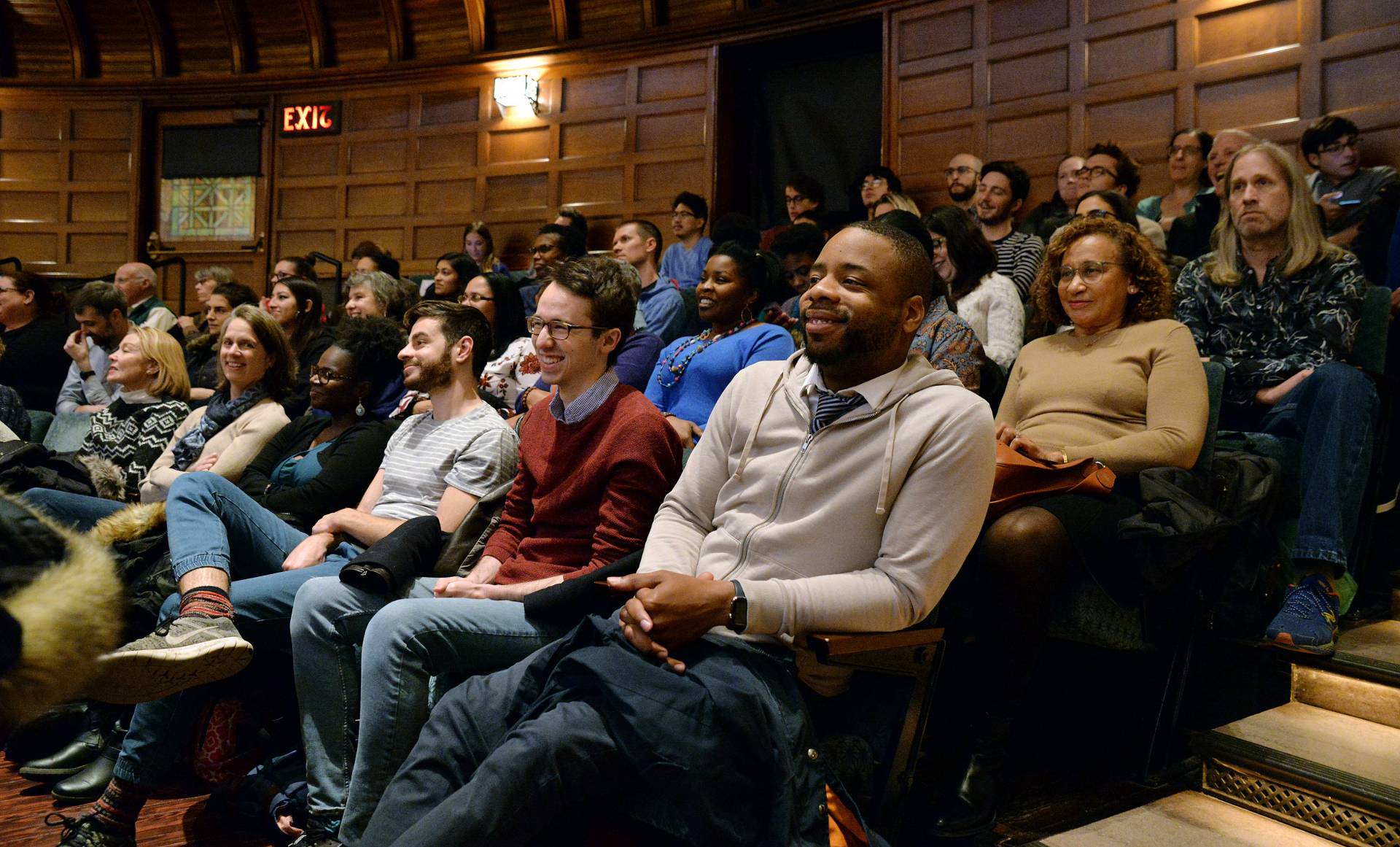 Formerly a writer for The Atlantic, Coates was thrust into the spotlight after the publication of his June 2014 story in The Atlantic titled “The Case for Reparations.” In it, he argues that until America reckons with its moral debts of slavery, Jim Crow laws, the concept of separate but equal, racist housing policies and other issues, the country can never be whole. His book “Between the World and Me,” an open-letter to his teenage son about being black in the United States, won the 2015 National Book Award for nonfiction, and Coates received a MacArthur Fellowship the same year.

Taylor’s book “From #BlackLivesMatter to Black Liberation” won the 2016 Cultural Freedom Award for an Especially Notable Book from the Lannan Foundation, and her 2017 book “How We Get Free: Black Feminism and the Combahee River Collective” won that year’s Lambda Literary Award for LGBTQ nonfiction. She is teaching the fall course “Public Policy in the U.S. Racial State.”

Taylor asked Coates about how the Obama administration gave a platform for black authors and writers, leading to what she calls America’s “deep curiosity about black people.”

Noting the current success of 1985 alumna Michelle Obama’s memoir “Becoming,” the Black Panther film, and works by other contemporary black writers and filmmakers, Coates said the roots of this phenomenon go back to the creation of departments of African American studies at universities in the 1960s. This “diffusion of black talent caused people to take black people seriously in a way they did not before,” Coates said.

Taylor also asked Coates about the impact of the Barack Obama presidency.

“His politics are not quite my politics, but in terms of the broad range of America, I’m closer to him than Mitch McConnell,” said Coates, sparking laughter from the audience. But he was quick to point out how he grapples with the presidency of Obama. He noted how “black people genuinely revere Obama” and how the election of President Obama means so much as a symbol. “Symbols are real and they’re really important,” he said. But disagreeing with some of Obama’s policy decisions, Coates found he had to ask himself: “How do I write respectfully of that love and hold my policy critiques?”

Taylor wondered if Coates, as a writer, also considers himself an activist. “Where does your sense of change come from?” she asked.

Coates said that a degree of separation between writing and activism is important to him and one should write what one needs to write “regardless of effect.”

“The responsibilities of writers are different than activists. It is good for me to maintain a degree of distance. Distance is necessary, as much as a black person can have distance,” he said. Taylor argued the lines between writer and activist are blurred.

The event concluded with questions from the audience ranging from Coates’ reaction to the Colin Kaepernick controversy about kneeling during the national anthem to the role of “wokeness” and political awareness for college students.

Junior Nathan Poland wanted to know “how do we seek to get powerful institutions and people to act against their own self-interest?”

One student asked what advice Coates would give on “how to realize our role in provoking change.” 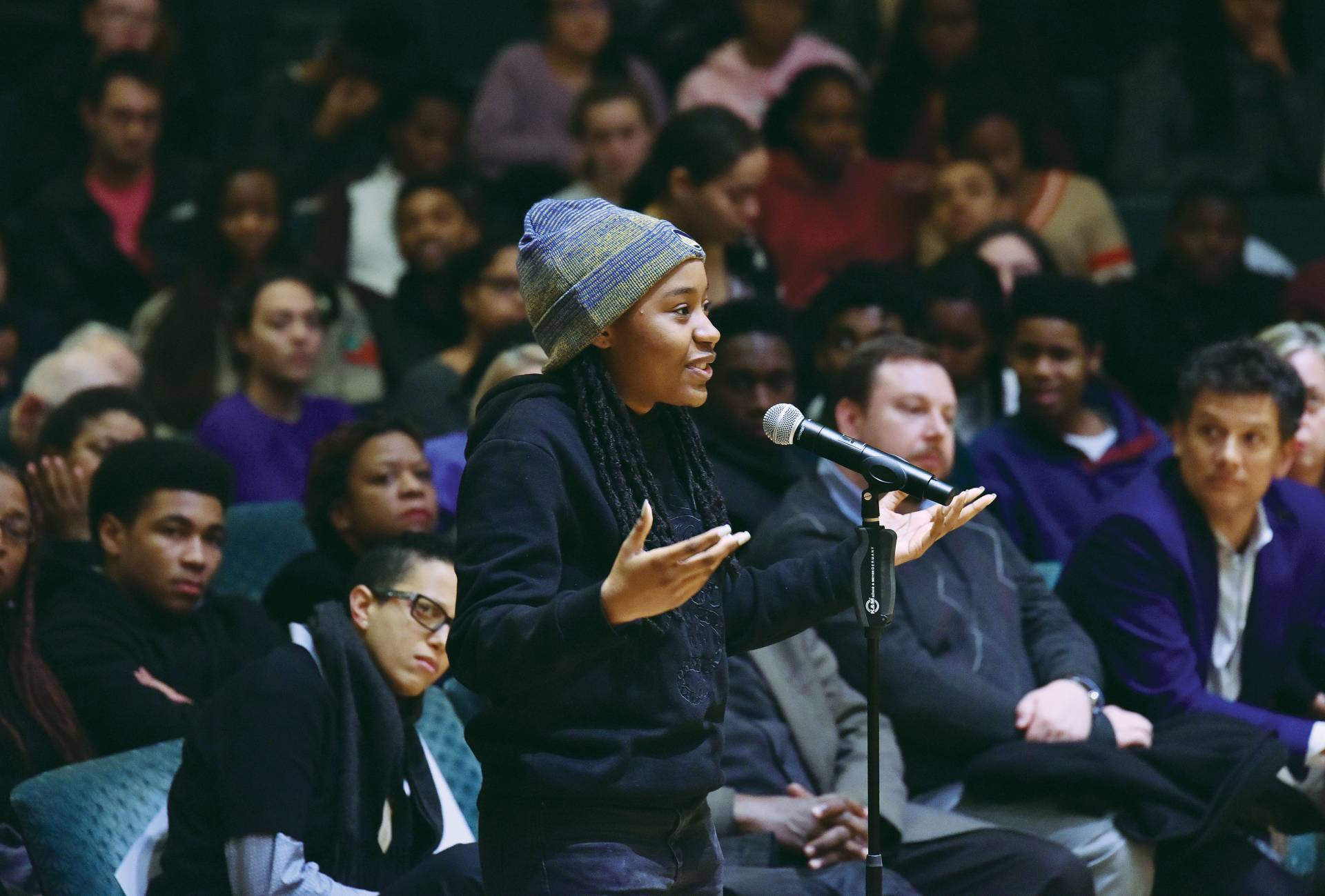 During a lively Q&A, students asked Coates questions ranging from the role of political engagement to how to provoke change.

“Doing what you love will lead to change,” he added. “I love words, independent of everything else. How can I use words to effect change? Ultimately, the answer is within you.”

Coates had one last piece of advice for students. Having dropped out of Howard University, he said his biggest regret was not learning a second language in college. “I think every student should master a foreign language,” he said. He recently began to learn French and visited Martinique a few weeks ago. “I cannot tell you how much the world opened up when I could speak a little French. It was a beautiful thing to be able to converse with them. That’s meaningful.”

Micah Herskind, a senior concentrating in African American studies, said: “The event was fantastic. The conversation between Professor Taylor and Coates was engaging and enlightening, and I particularly appreciated how Professor Taylor pushed Coates to explain his theory of change, to consider the role of social movements in progress, and to reflect on the role of the writer in America today.”