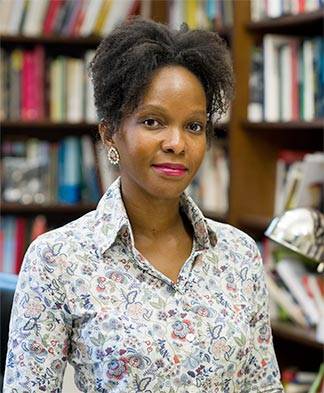 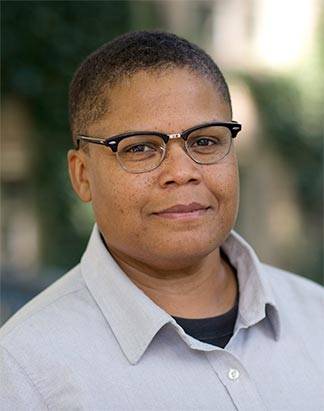 The next president will face a range of challenges related to race and inequality, from poverty and tensions with police to the Black Lives Matter movement, civil rights, incarceration and gender equity.

In the sixth installment of a Q&A series on important issues the next president will need to address, Princeton University professors Imani Perry and Keeanga-Yamahtta Taylor examine challenges related to race.

Perry is the Hughes-Rogers Professor of African American Studies and is affiliated with the Program in Law and Public Affairs and the Program in Gender and Sexuality Studies. She is the author of "More Beautiful and More Terrible: The Embrace and Transcendence of Racial Inequality in the United States" (New York University Press, 2011). She publishes widely on law, cultural studies and African American studies.

Taylor is an assistant professor in the Department of African American Studies whose research examines race and public policy including American housing policies. Her book "From #BlackLivesMatter to Black Liberation" (Haymarket Books, 2016) — an examination of the history and politics of black America and the development of the social movement Black Lives Matter in response to police violence in the United States — received the Lannan Foundation's Cultural Freedom Award for an Especially Notable Book.

Perry: The next Supreme Court confirmation (or perhaps new appointment) is an urgent matter, one that has the potential to define the scope of rights and liberty for the next several generations.

Taylor: Perhaps the most important issue facing the incoming administration will be the continuing crisis of police violence and abuse in black and brown communities. It has been almost two years since the eruption of the Black Lives Matter movement and there appears to be no end of protests in sight.  The Obama White House has welcomed discussion with some Black Lives Matter activists and even those roundtable discussions have not resulted in substantive police reform; it will be interesting to see if the new administration has the same open door policy. We can expect that a Trump administration would be quite hostile to the movement, while Clinton may look to continue the approach of Obama. More generally, there is deep and palpable racial tension throughout the country, whether it is anti-black racism, Islamophobia or anti-immigrant sentiment. In some cases, it has resulted in violence and so this will be a key area to watch.

Perry: The next president will have to face growing economic precarity for a large portion of the American public. In fact, many other pressing issues — immigration, race, policing and incarceration, and gender equity — are shaped in some significant measure by the fact that substantial swaths of our population live in actual or near poverty conditions and face downward mobility and persistent under-employment. Not only does it mean that the American Dream has grown even more elusive, it drives competition, racial animus and resentment, underground economies and deep anxieties about masculinity and traditional manhood ideals.

Taylor: I think the issues that have given rise to the Black Lives Matter movement will continue to be of extreme importance. This is not only about police violence and abuse but also the conditions of poverty and inequality that pervade many of the working class and poor neighborhoods of black and brown people across the country. Clinton has pledged to spend $125 billion to rebuild these communities and so, if we are looking at an incoming Clinton administration, it will be interesting to see how quickly she moves on this campaign promise. Clinton also gave a speech in Harlem in February pledging to work to end "systemic racism" in the U.S. What programs and allocations will be necessary to undertake such a task? If Clinton wins, this may have to be a focus of her administration.

Perry: My book, "More Beautiful and More Terrible: The Embrace and Transcendence of Racial Inequality in the United States," is a multidisciplinary investigation into research on contemporary forms of racial inequality. It looks at varying forms of bias and discrimination that coexist with a stated belief in racial egalitarianism, as experienced by Asian Americans, Latinos and African Americans. Given how centrally racial issues are figuring in this election — both as an explicit topic and as an indicator of voting patterns and degrees of interest — my work speaks directly to the moment. As well, I'm a scholar of Constitutional law, with a J.D. and a Ph.D. in American civilization from Harvard University, and I write and teach in the field of race and the law, again with a broad approach that includes analyses of race as it relates to immigration, employment, voting and other constitutional rights, and criminal law.

Taylor: I have written extensively on black politics and social movements, including my most recent book, "From #BlackLivesMatter to Black Liberation." I am currently writing a book on the federal government's promotion of single-family homeownership in the 1970s and the public-private partnerships developed in doing so. My work looks critically at the influence of private enterprise on the shaping of public policy especially as it pertains to housing. So  I  look at the issues of public policy in their historical context as well as in contemporary situations.