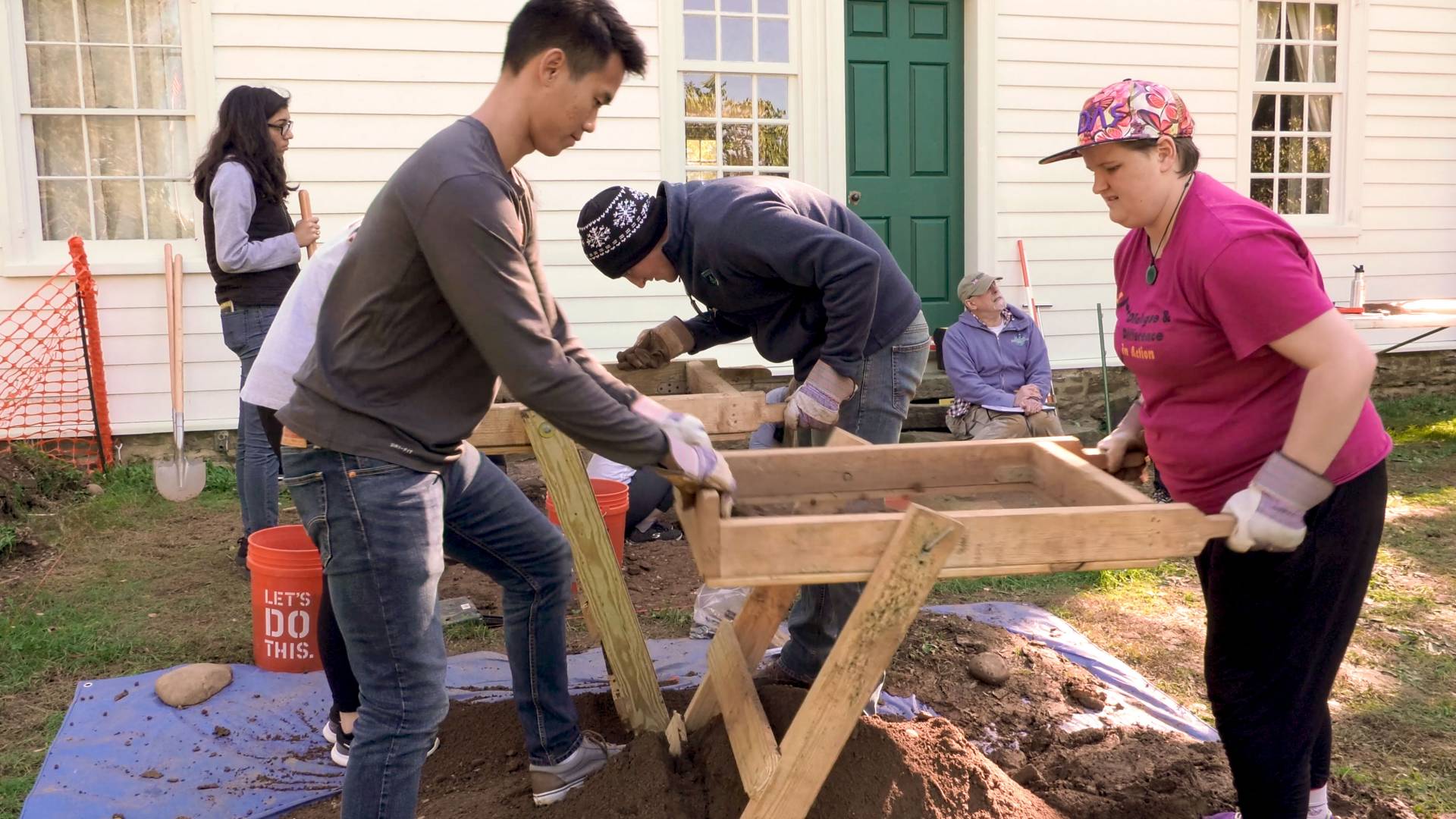 In the course “Battle Lab: Battle of Princeton,” students use many disciplines and methods for hands-on exploration of a critical site of the American Revolution.

On Jan. 3, 1777, British and American forces fought a critical battle of the Revolutionary War on and around the Princeton University campus. This semester, 18 students in the course "Battle Lab: The Battle of Princeton" are using hands-on fieldwork to explore how the battle may have unfolded.

Drawing on their expertise in art, archaeology and American history, Nathan Arrington, associate professor of art and archaeology, and Rachael DeLue, the Christopher Binyon Sarofim '86 Professor in American Art, are teaching the class.

The course has included many visits to the Princeton Battlefield State Park, where students looked for artifacts using metal detectors, ground-penetrating radar and excavation. Arrington, who is also director of the Program in Archaeology, and DeLue, who is also a professor of art and archaeology and American studies, partnered with a few individuals with expertise related to the fieldwork. Graduate student Isabel Morris is a Ph.D. student in civil and environmental engineering who uses ground-penetrating radar in her research, and local archaeologists and preservation specialists were on hand to provide insight into the age and usage of materials found on site, such as a musket ball, nails and broken pottery.

Students have also studied a wide range of materials ranging from the musical "Hamilton" to Charles Willson Peale’s famous portrait “George Washington at the Battle of Princeton,” part of the Princeton University Art Museum’s collection.

“Having not taken a history class in quite a long time, I thought it would be good to just learn more about the American Revolution, the start of this nation,” said sophomore Ethan Thai, an electrical engineering major. “But also alongside of that, I do enjoy the mechanical, the technical, side of things too and using technology. … It’s a great intersection of everything.”

The Battle of Princeton began on farmland less than 2 miles south of campus (now the state park), and ended with the British surrendering from their position in Nassau Hall, built in 1756 as the college’s first building on the Princeton campus and now the University’s central administration building.

“Battle Lab,” which is cross-listed in humanistic studies, art and archaeology and American studies, is also affiliated with the University’s Program for Community-Engaged Scholarship (ProCES). The participants held a public archaeology day Nov. 10 at the battlefield to share their findings with visitors.