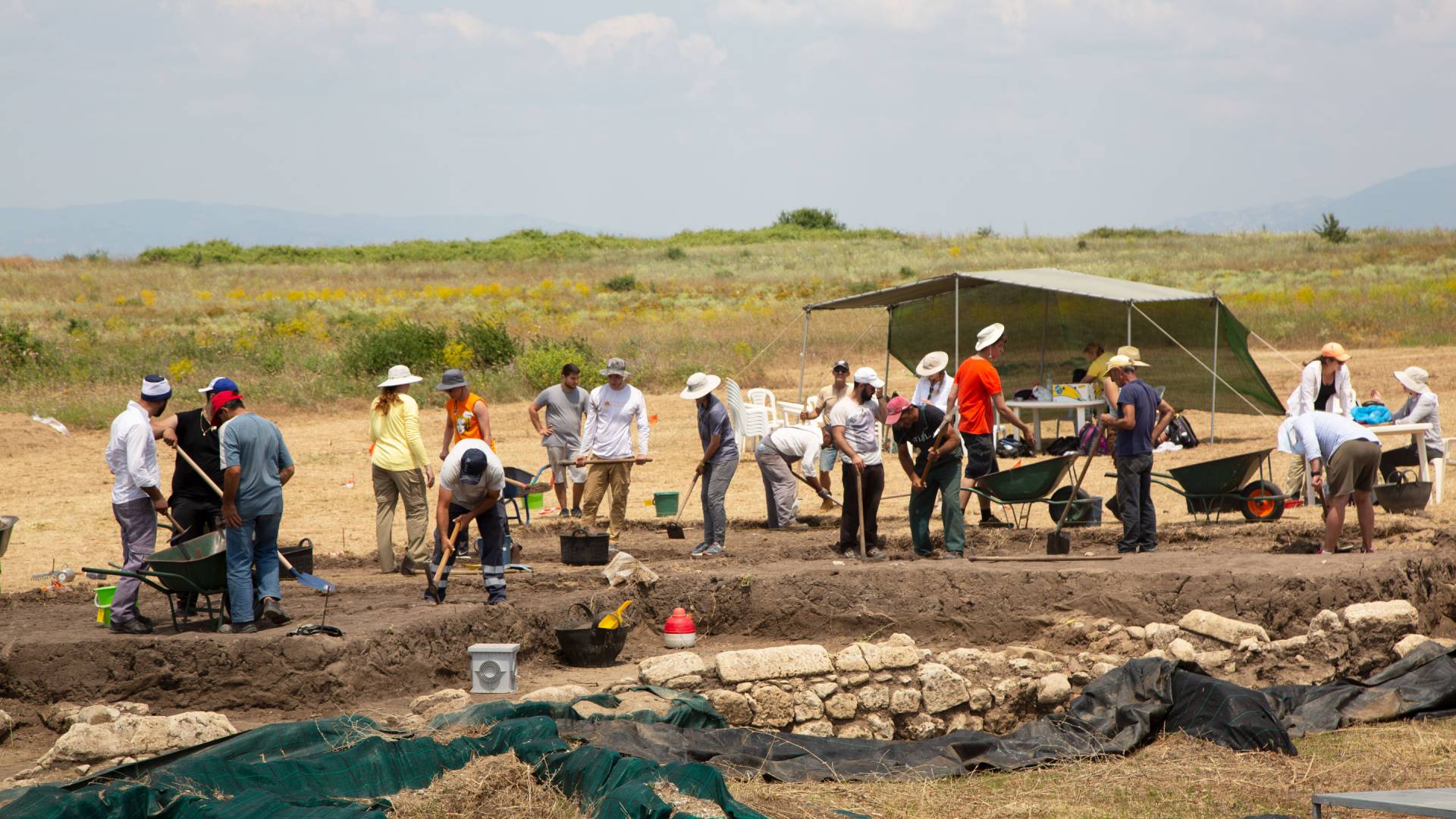 In the summer course “Archaeology in the Field,” taught by Nathan Arrington, associate professor of art and archaeology, undergraduate students traveled to Komotini, Greece, to help with the excavation of an ancient trading port.

For the last six years, Nathan Arrington, an associate professor of art and archaeology at Princeton, has spent his summers in northern Greece, leading the excavation of an ancient trading port on the coast of the Thracian Sea.

The port, which was founded in the sixth century B.C., experienced its heyday in the fourth century B.C. and then declined, but was later reoccupied and reused in the Roman, Byzantine and Ottoman periods.

Arrington and his colleagues, who are archaeologists from Princeton and other universities, have excavated two large houses and portions of a few others from the fourth century B.C.. Their survey has covered many square kilometers and has found several new sites, including cemeteries and a temple that they started to excavate this past summer.

“We are a unique project in that we combine excavation with pedestrian surface survey, which lets us get a good look at the interaction between the settlement and its landscape, and to think about how land use changes over the centuries,” said Arrington. 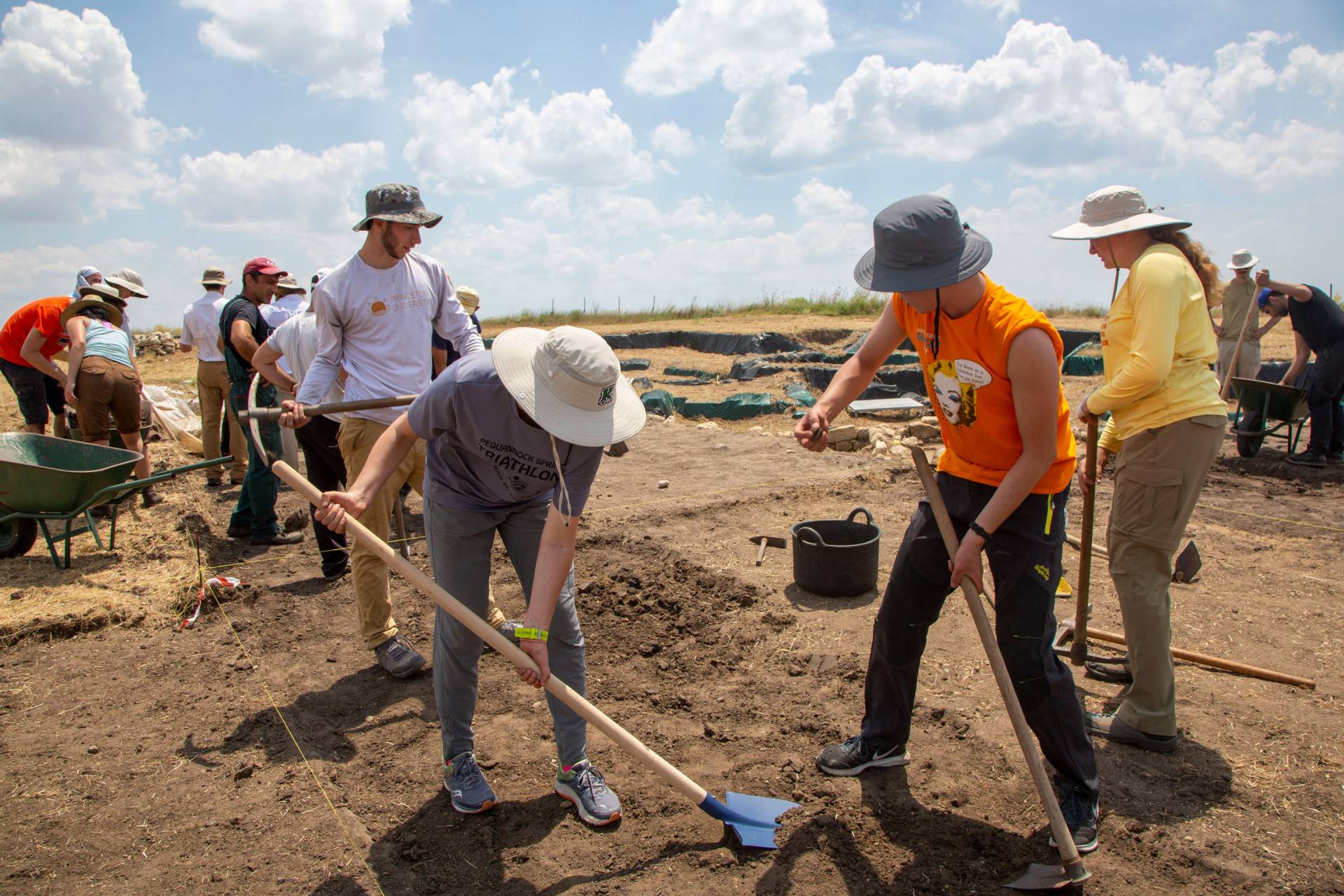 Students work together to excavate a section of the port.

In “Archaeology in the Field,” undergraduate students are introduced to archaeology through an immersive six-week course that exposes them to every aspect of an excavation. Students complete rotations in three groups, focusing on excavating, conducting lab work at a museum and surface surveying. Through these activities, they learn how archaeologists approach sites, formulate questions and gather evidence to answer them. The rotations also help students learn about preservation, which, according to Arrington, are just as important to archaeologists as the actual digging process.

Students in the course represented a range of academic fields, with a notable number of engineers — and all appreciated the hands-on work. “The only exposure I've had to ancient Greek and Roman items before has been in a museum, where the golden rule is to not touch the items,” said David Booth, a sophomore concentrating in electrical engineering. “We were allowed to hold and examine everything we found and would often pass around some of the more interesting finds.”

Veronica Barrios, a sophomore studying operations research and financial engineering, agreed: “Given that I am not an archaeology major and had no previous experience, I wasn’t expecting to be allowed to do so much hands-on work and participate in so many of the activities.”

Arrington highlights the importance of bringing students with a variety of perspectives to the project. “We talk as we work throughout the day, examining what we find, casting about our ideas; the greater variety of smart minds in the field, the better for the project.”

Added Arrington: “I'll never forget when I was explaining electrical resistivity to the group, and one of the engineers pointed out a mistake I had made. That's an unusually clear example of how students can contribute, but there is no doubt that a comparative literature major and an electrical engineer will look at a site differently.”

The students were amazed by the new skills they acquired in just six weeks. “I knew that this class would be hands on — it is ‘in the field,’ after all — but I didn’t realize how many practical skills I would be learning,” said sophomore Hayden Burt, a concentrator in mechanical and aerospace engineering. “I am happy to report that I now know how to use a total station, properly swing a pickaxe, identify some types of pottery, make profile drawings and do a flotation sample.”

“I was completely surprised by the amount of information I was absorbing by being fully immersed in the culture and history,” said Christopher Wilson, a junior concentrating in art and archaeology. “It is a method of learning that you cannot achieve in a library.”

Camaraderie in the field

Students also benefited from work alongside a team of experts. “My favorite memory was working with George Makris and rushing to deliver pottery sherds to the site with him,” said sophomore Natasha Montiel, who is concentrating in civil and environmental engineering. “He also made surveying a fun time despite the number of empty fields.” Makris was a Hannah Seeger Davis Postdoctoral Research Fellow in Hellenic Studies during the 2017-18 academic year.

Arrington partners on the excavation with Greek colleagues in the Hellenic Ministry of Culture, allowing Princeton students to also benefit from working with their Greek counterparts.

“I was really set on learning as much Greek as I could during my stay in Greece,” said Booth. “I studied it a lot in my free time, but I found that the best way to learn it was at our archaeological site. We worked with some Greek college students who spoke both English and Greek, and some Greek excavation workers who spoke only Greek. The college students would help me learn and pronounce things when I asked them for help. The workers didn't know any English, so I'd just point at things and they'd know to say its name in Greek. They were fun to chat with — even though I could barely communicate with them — and it made long days much shorter.”

Sophomore Kevin Tong, a mechanical and aerospace engineering concentrator, said his favorite memory was celebrating the birthday of one of the Greek students, noting that “it was really heartwarming to see how we had been accepted.”

In addition to their time in the field, which began at 6 a.m. and ended around 1 p.m., students attended multiple class sessions that covered modern Greek and archaeology-specific material.

“The course truly helped my understanding of the material I was working with,” said junior Zoie Nieto, who is concentrating in anthropology. “Professor Arrington did a wonderful job creating the course so that we could truly understand what we were doing in the field and how it related to archaeology and the culture and history of Greece.” 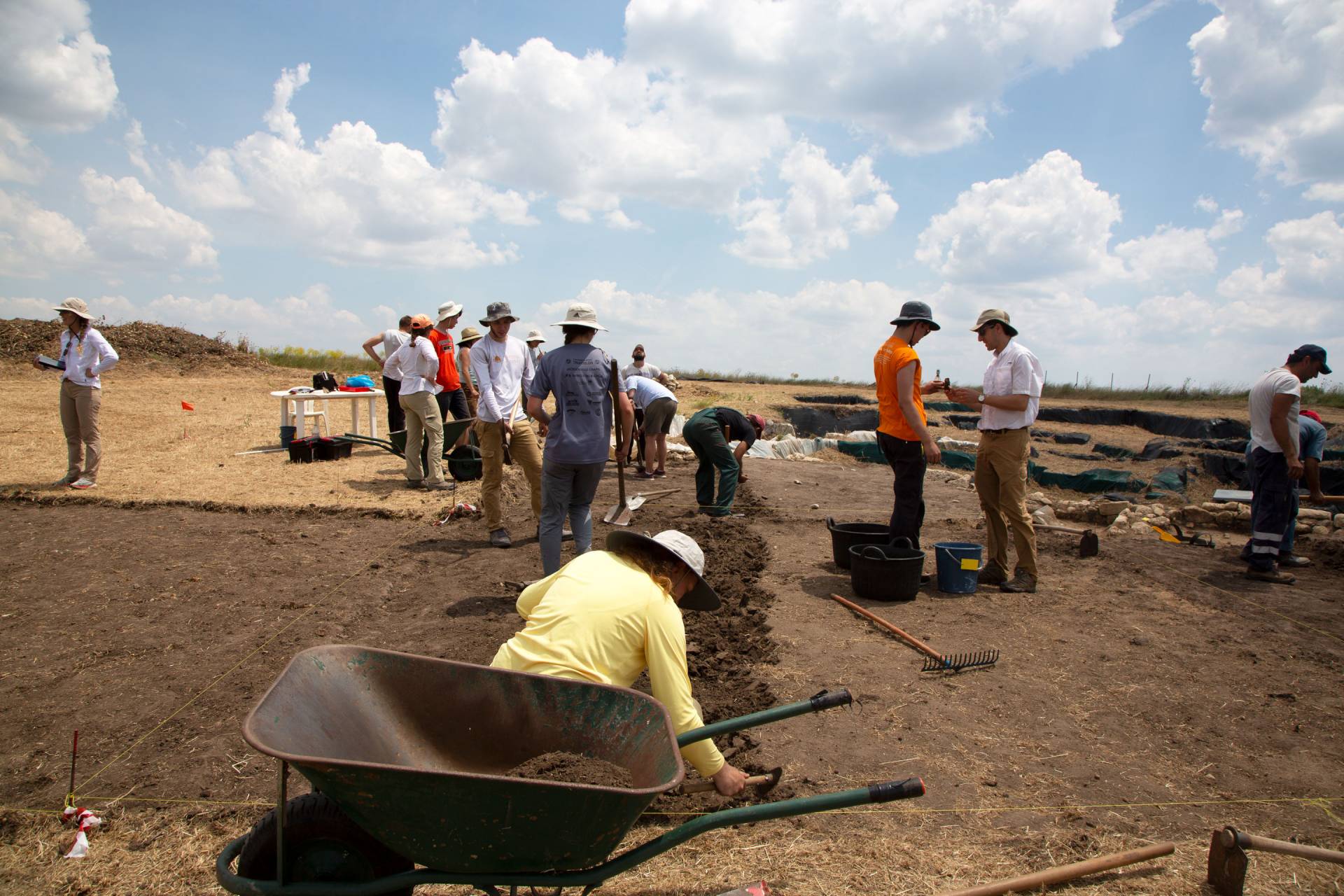 Princeton students work alongside Greek students and laborers on the excavation site, where they practice their Greek and pause occasionally to learn about the artifacts they uncover.

Plans for the future

With two years left on the project’s permit, Arrington hopes that his team will continue to get new data on the houses they have already excavated and make their existing data available to others online. In the long term, he would like to make the site accessible to visitors. “It's a beautiful part of Greece, and the site has a fascinating story to tell,” he said. Arrington and his colleagues are now publishing the first phase of the project (2013-15) and intend to publish the second (current) phase in a book and online.

Arrington has high hopes for what his students will take away from their experience in the field: “I hope that it changes their relationship to time and place, so that they always feel the past lurking beneath their feet wherever they are, and constantly think about how history has shaped who we are today.”

He added: “Few experiences can compare to the radical encounter of touching an object that has been buried for centuries. I hope that when they walk past a construction site on campus, they can't resist peering in to check out the stratigraphy. And I hope they learn that they can function just fine at 5 a.m., and that sunrises are the most beautiful time of day.”