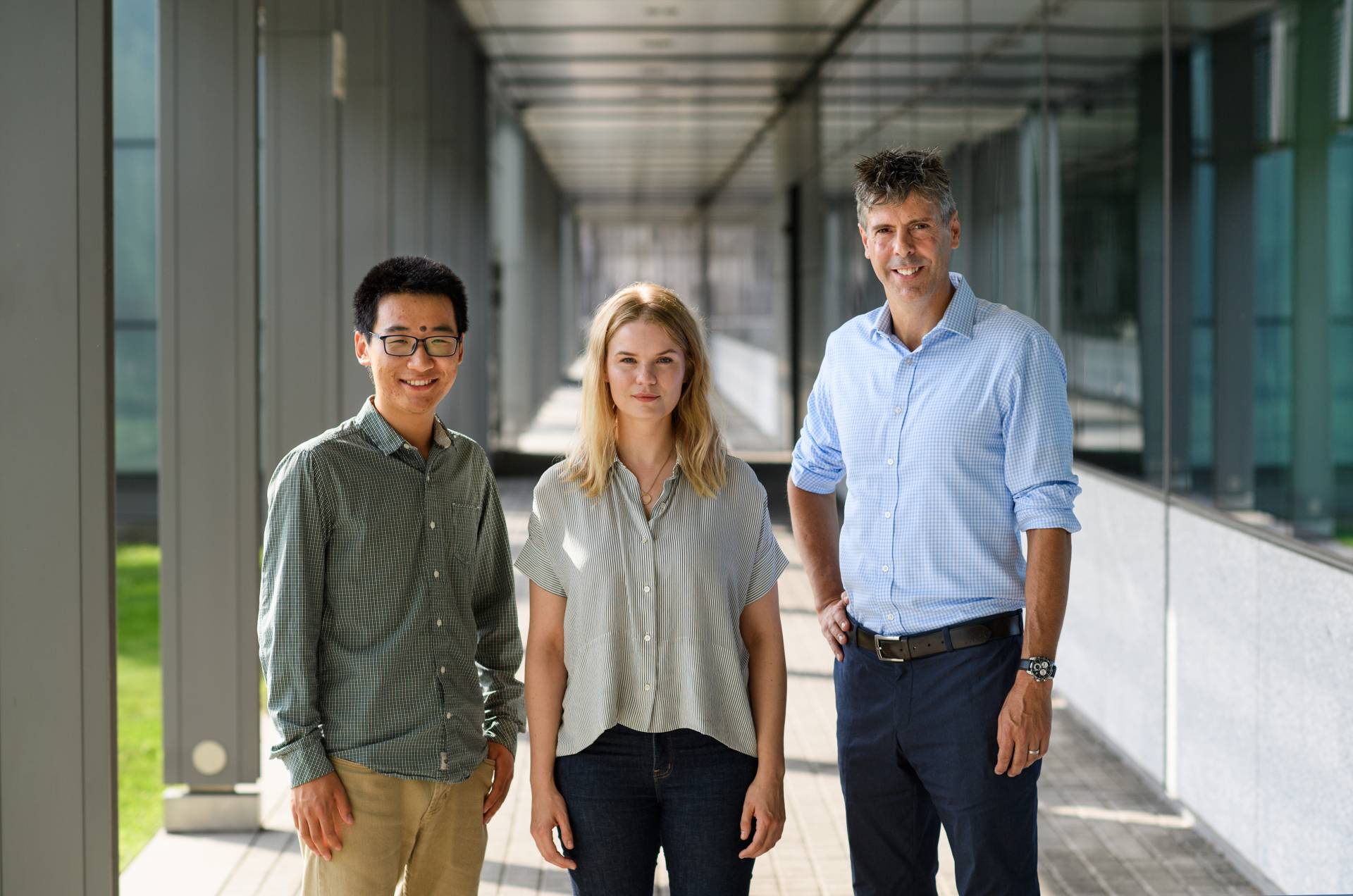 Are the quantum laws of nature the secret to plants’ efficiency at harnessing energy from sunlight? A team led by Gregory Scholes (right), plans to find out. The team includes graduate student Ben Xinzi Zhang (left) and postdoctoral research associate Kyra Schwarz.

When it comes to green living, nobody does it better than plants. When plants convert light into fuel through photosynthesis, not a single particle of light is wasted. If we could unlock plants’ secrets, we might be able to perfect the design of light harvesting in solar cells.

Gregory Scholes, Princeton’s William S. Tod Professor of Chemistry, suspects that the key to plants’ efficiency stems from their ability to harness quantum physics, the unintuitive behaviors of very small particles. In 2010, he led a team that demonstrated quantum effects in marine algae.

But the finding was not without controversy. Quantum behaviors usually reveal themselves at extremely low temperatures isolated from real-world disturbances, raising questions as to whether these quantum states can survive the warm and wet conditions of life.

So Scholes and his team decided to probe quantum behavior in one of the simplest known chemical reactions, the transfer of a hydrogen atom from one part of a molecule to another. If their experiments work out, the researchers could rewrite our understanding of how chemical reactions occur.

At the heart of quantum theory is the idea that matter can behave both like particles and like waves. If we fire particles at a barrier containing two slits, classical physics predicts that the particles will land in two piles, one behind either slit. In contrast, quantum mechanics predicts that each particle will act like spread-out waves and pass through both slits (see figure), where the intensity at any point can either add together or cancel itself out. 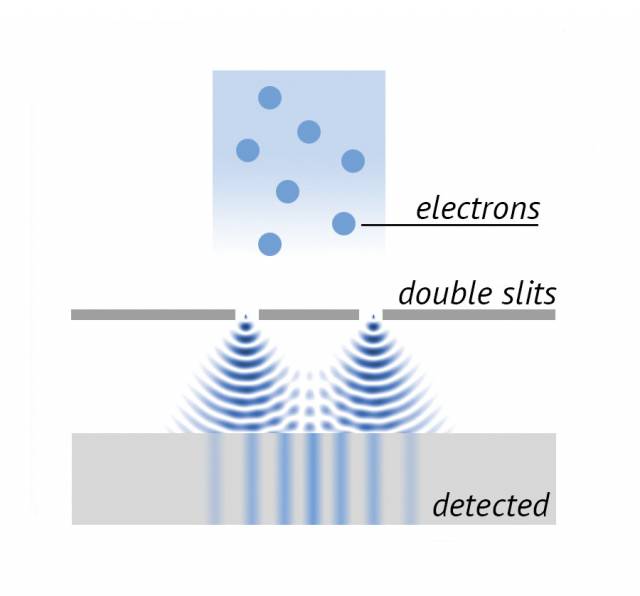 Quantum mechanics predicts that each particle will act like spread-out waves and pass through both slits.

This quantum nature of matter, known as a superposition, has been predicted and observed since the 1920s, and has helped us comprehend the microscopic world. However, these quantum ideas have not yet shaped the understanding of chemical reactions.

“That’s the big question we’re trying to answer,” Scholes said. “Can we harness quantum mechanics to work for us in chemistry?”

The researchers addressed the question by studying what happens when light hits a molecule that can undergo two separate hydrogen transfer reactions, one on the left and one on the right side of the molecule. If classical rules prevail, then each reaction will proceed one step at a time. If quantum rules are involved, both the left and the right reaction will occur in a quantum superposition.

To find out if this is happening, Scholes’ team set up an experiment to take snapshots of molecules during the reaction. With funding from the W.M. Keck Foundation, the researchers bombard the molecules with pulses of laser light, which place the normally chaotic molecules into the same quantum rhythm. “We use light to synchronize molecules so that they all dance to the same beat,” said graduate student Ben Xinzi Zhang.

Next, to see if the molecules are indeed in a superposition, researchers use a second laser pulse. It monitors the state of the molecule using rapid bursts that light up the positions of the atoms like a strobe light illuminating a dancer.

The researchers then look for patterns from reaction pathways that add and cancel, just like in the double-slit experiment. “The signatures will tell us how these two sides are interacting,” said Kyra Schwarz, a postdoctoral research associate on the team.

The results of the experiment are not yet in, but if quantum superposition plays a role in a reaction as ubiquitous as the transfer of hydrogen, it could underlie many processes in nature. The result could also reshape how chemical reactions are conceptualized and understood across disciplines, making it possible to leverage quantum properties to control and create new reactions.

Scholes will also lead a new Energy Frontier Research Center, announced in July 2018 and funded by the U.S. Department of Energy, to study how light harvesting and solar photochemistry can make new molecules and fuels. The center includes faculty members at Princeton as well as national laboratories and leading universities.