When scholarship and personal experience overlap, ideas that emerge can become critique and expression simultaneously. 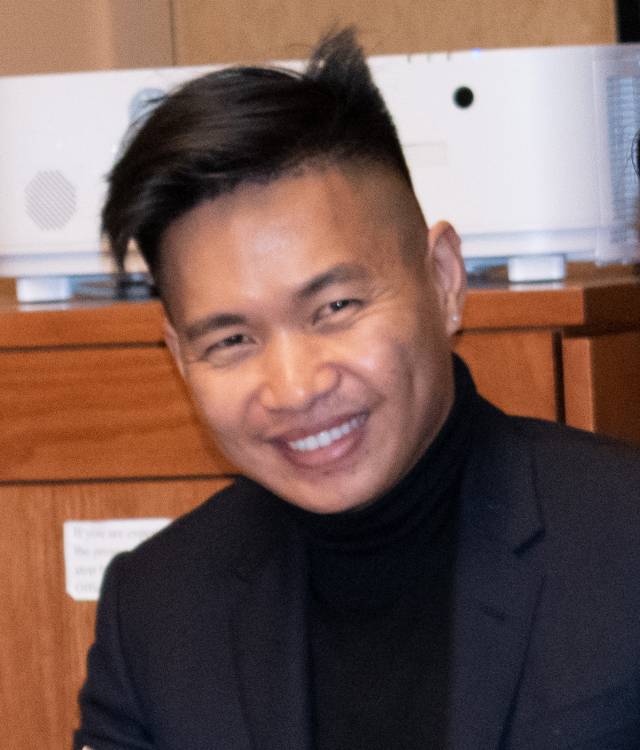 Paul Nadal, a postdoctoral research fellow who will join the Princeton faculty this summer, conceived of the idea for the zine as "a different sort of intellectual exercise ... to reimagine Asian American kinship."

To Paul Nadal, a postdoctoral research associate in the Program in American Studies who taught the fall 2018 course “The Asian American Family,” the connection between race and kinship that the class set out to explore suggested that students’ investigations might produce more than seminar papers could contain.

“My students had been writing papers and mastering the standard academic essay,” Nadal said. “At mid-semester, I wanted them to engage in a different sort of intellectual exercise. I asked them to reimagine Asian American kinship by producing original creative work — in whatever media, be it poetry, art, video, oral history, performance, and so on.”

Nadal said that a zine, as a community-based form, demanded consideration of diverse approaches. “It was an invitation for my students to continue questioning the norms that underlie notions of family and belonging. Some students may have initially been daunted by the open-endedness of the assignment, but through conversations with me and each other, they found a story to tell and, importantly, the form they wanted to tell it in.”

Nadal noted that zines — publications produced independently by and for enthusiasts of musical and literary genres and members of groups ignored by mass media — have had influence disproportionate to most zines’ small print runs, helping to define and disseminate new styles of creative practice and terms of critical discourse far from their origins. The production means available to early zine makers — mimeographs in the 1970s and before, then photocopying, with cut and paste meaning scissors and glue — resulted in a scrapbook or collage aesthetic that has outlasted necessity and become a zine hallmark. 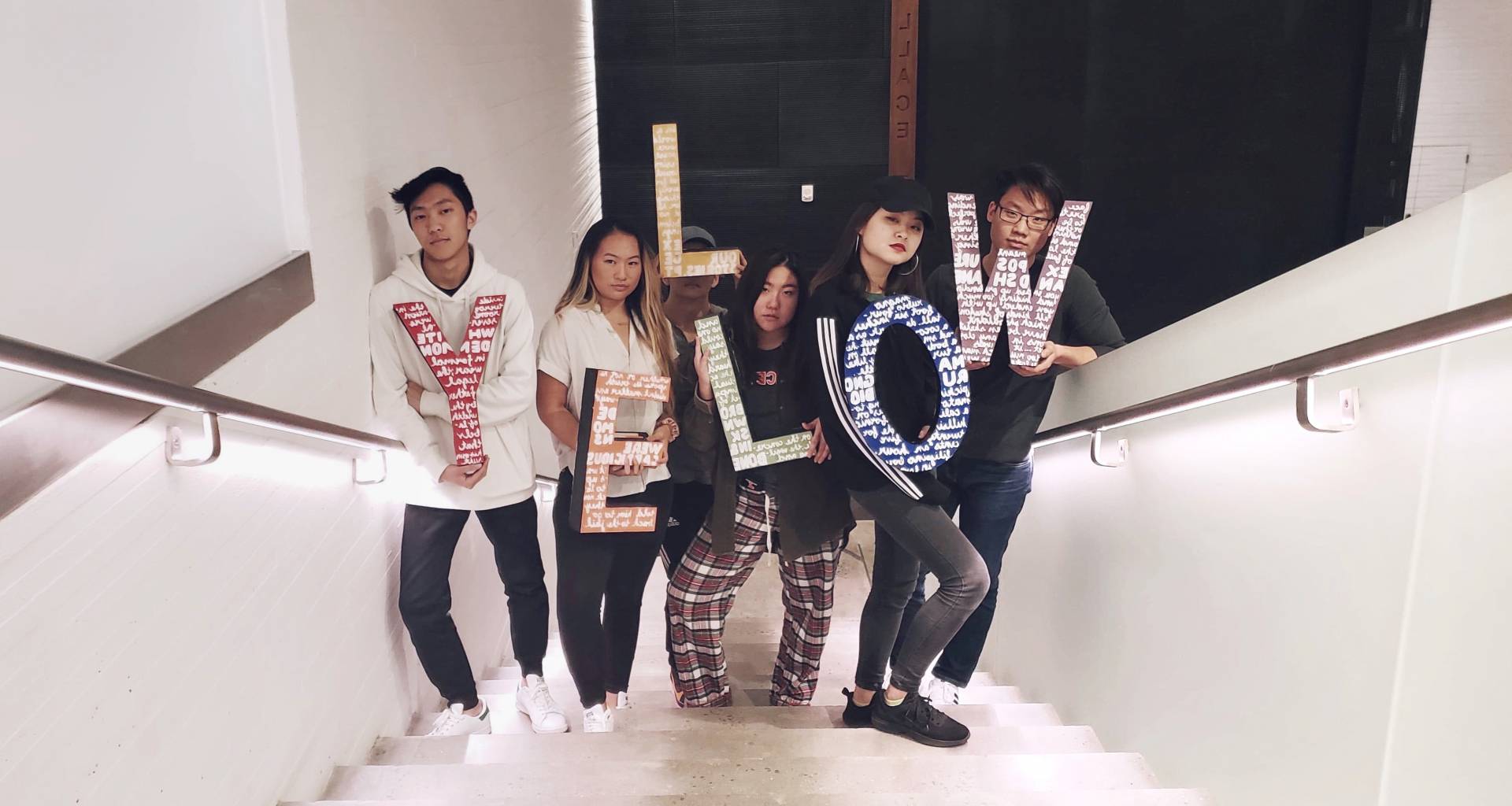 For her zine contribution, first-year student Cammie Lee created a participatory installation of the letters Y, E, L, L, O, W, first as blank solids, then as multi-colored graffitied objects, each held by a student, to reclaim a racial epithet and represent the challenges of Asian American community building.

Alis Yoo, a senior, said that she initially felt uncomfortable writing a creative piece for the zine. “The idea that I wanted to write about was something that I never shared with anyone, not even my family or partner. I wrote about how I feel like my parents never apologize verbally, perhaps as a consequence of the hardships they’ve experienced as immigrants.”

Yoo used handwritten notes in a typed, unaddressed letter. Some of the handwritten Korean characters are translated, some not. Credits for inserted images are handwritten.

“Who Needs Roots?” by junior Rebecca Ngu, can be read as in dialogue with Yoo’s collage. Ngu quoted Edward Said’s “Reflections on Exile” — “[t]he pathos of exile is in the loss of contact with the solidity and the satisfaction of earth: homecoming is out of the question.” Ngu set maps of Malaysia, California and New York State on a blue background, and placed color-coded markers on locations where her family has lived. In the interactive PDF of the zine, the markers are clickable to family members recalling those places, creating, in Ngu's words, an "audiovisual profile of a family on the move."

Senior Claire Chiu responded to one of the class’s assigned texts, Theresa Cha’s “Dictee,” in dance. The class had made extensive margin notes on passages from “Dictee” that Nadal circulated for group work. The passages and notes were also printed in the zine.

Yoo said that she loved reading classmates’ meditations on family, whether the pieces were about personal experience or not. “I didn’t feel embarrassed sharing my story, because I saw how thoughtfully other people articulated their beliefs.”

“In the end, I wanted them to feel the profound satisfaction of having created something together, to experience the unique pleasure that comes from seeing their name in print and the ability to behold their work as an artifact, an actual bounded thing doing and saying things in the world. What’s powerful about this zine is that it is a testament not only to the multiplicity of the Asian American family as a kind of social institution or experience but also — and more interestingly, I think — as an evolving creative form.” 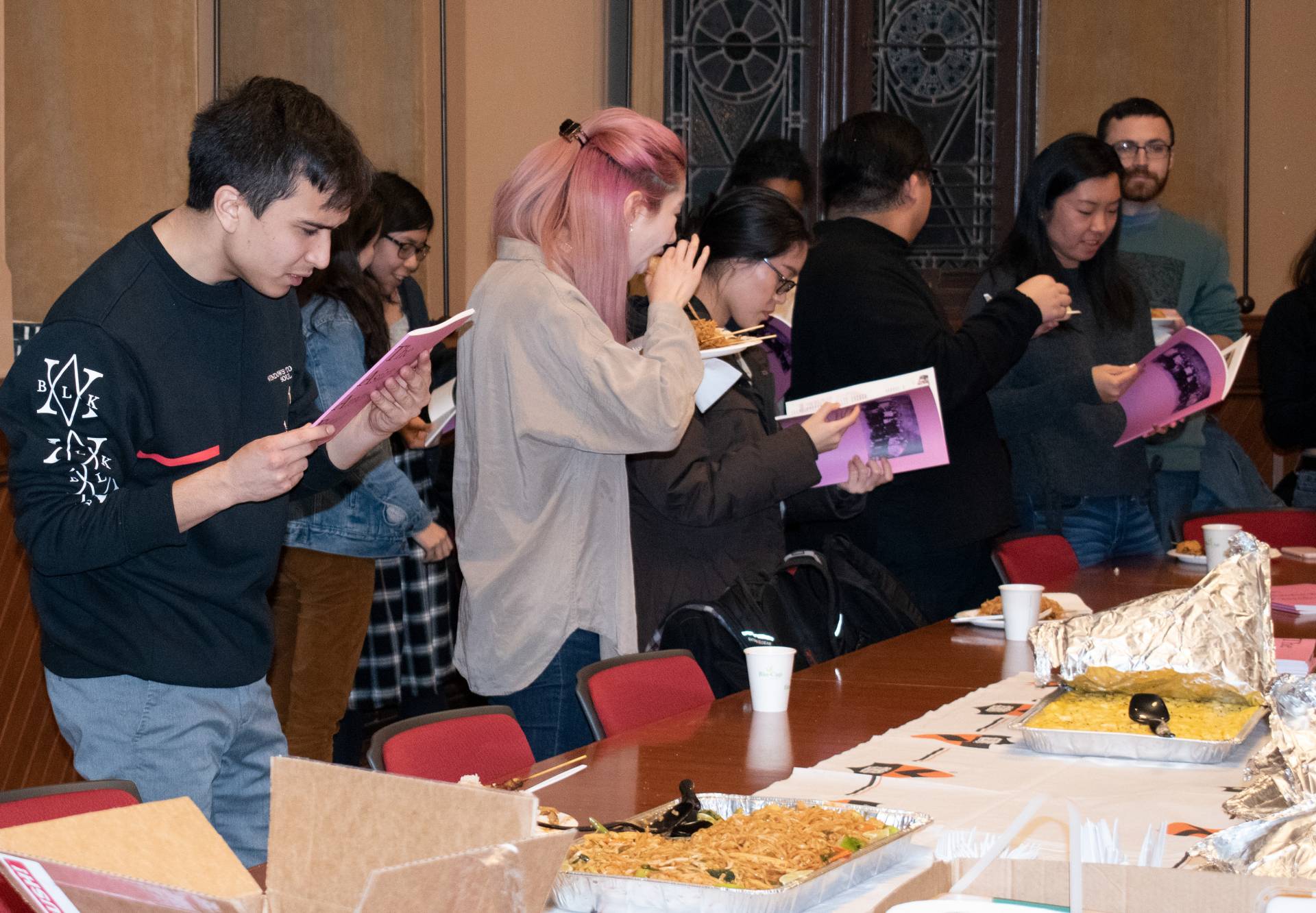 At the zine's launch party, students celebrate and present their work to one another and to faculty, staff and guests.

Nadal joins the faculty this summer as an assistant professor in English and American studies. He specializes in Asian American, global Anglophone and comparative and ethnic literature and culture.

Copies of the zine will be preserved in the Program in American Studies library.

Learning to see fashion through a scholarly lens