The Feb. 15 symposium “Japanese/America: Transpacific and Hemispheric” at Princeton will explore the participation of people of Japanese descent in the societies and politics of the Pacific Rim and the Americas.

The program — which is free and open to the public — includes lectures, discussions and a musical performance. It will be held in Chancellor Green Rotunda. Online registration is encouraged.

“This symposium brings together scholars, creative writers, performance artists and our local community,” said Anne Cheng, professor of English and American studies, and director of the Program in American Studies. “We’re excited to explore ‘Japanese/America’ as both a hyphenated and fractured identity whose complexity requires not only a transpacific but also a hemispheric lens.” 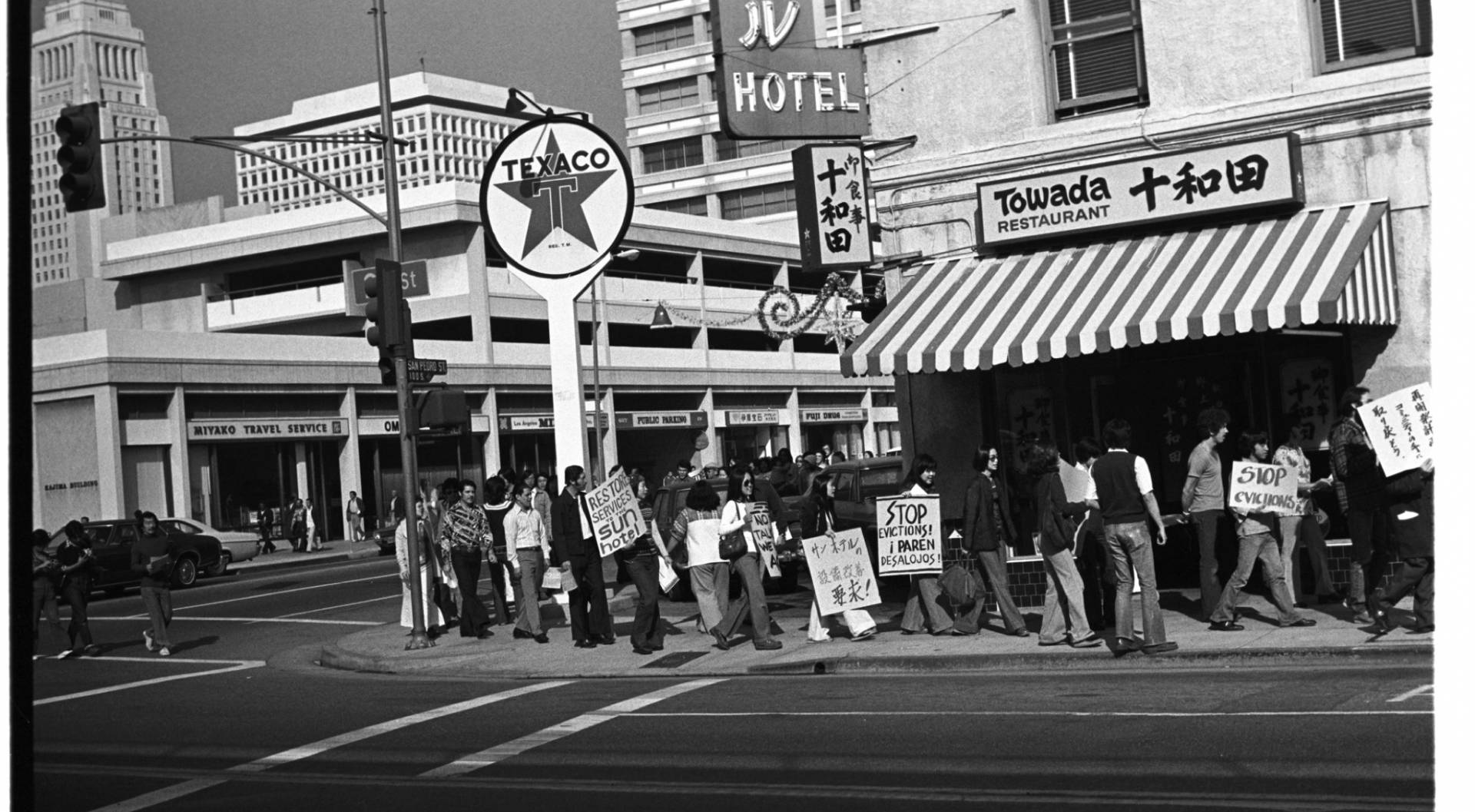 The Feb. 15 symposium "Japanese/America: Transpacific and Hemispheric" at Princeton will explore art, literature, place and music. Karen Umemoto of UCLA will speak on "Claiming Rights to the City: Japanese American Placemaking in L.A.'s Little Tokyo." Pictured: Members of the Little Tokyo Anti-Eviction Task Force lead a protest against evictions of residents and small businesses by the Los Angeles Community Redevelopment Agency in the backdrop of City Hall and the Kajima Building.

The presentations, which begin at 1:30 p.m., examine creative work from the first literature by Japanese American writers in the 19th century through contemporary visual art, literature and music. The research draws on photographs, letters and government records that trace Japanese immigration to the United States and South America, and the post-World War II and contemporary Japanese diaspora.

Cheng said that the symposium’s multiple genres exemplify the long, varied history of Japanese presence, labor and creative production across Asia and the Americas. 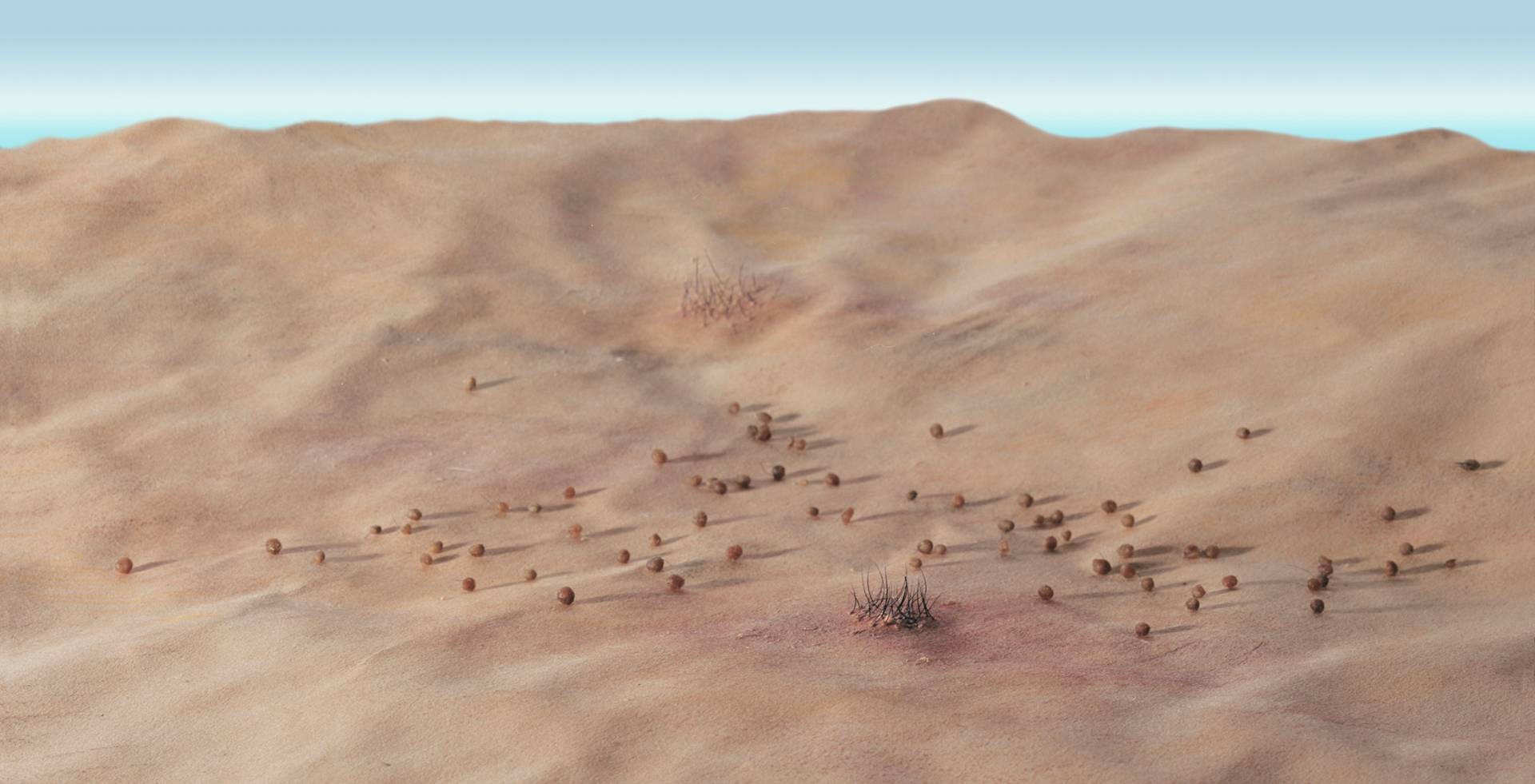 Iyko Day of Mount Holyoke College will speak on "Settler Colonialism's Hiroshima," featuring Asian American visual representations of Indigenous lands from which uranium was extracted for atomic bombs. Pictured: "there is no here; it has been erased, trodden over by the downtrodden, their feet carrying them ever further, to greater, more beguiling promises," by Allan deSouza, 2001, C-print, 24" x 47."

Image courtesy of the artist and Talwar Gallery, NY

“The ruptures of World War II and the American internment of people of Japanese descent inflected but do not define Japanese Americans,” Cheng said. “Japanese America today is vital and present. Creative writers and artists are producing work that is haunted by this dark history but whose art pushes against the boundaries of what is ‘America.’”

• 1:30 p.m. “The Queer Origins of Japanese American Literature.” Andrew Way Leong, an assistant professor of English at UC Berkeley, shows how the idea of Japanese American generational identity grew out of literary innovations by Japanese persons residing in the United States whose work might now be read as “queer.”

• 2 p.m. “Settler Colonialism’s Hiroshima.” The atomic bombs tested in New Mexico and detonated over Hiroshima in 1945 used uranium from the Belgian Congo and Canada’s Northwest Territories — a comparatively unknown extractive use of Indigenous lands. Iyko Day, an associate professor of English at Mount Holyoke College, analyzes Asian American visual representations that gesture at intimate histories of land and labor obscured behind headline versions of history. 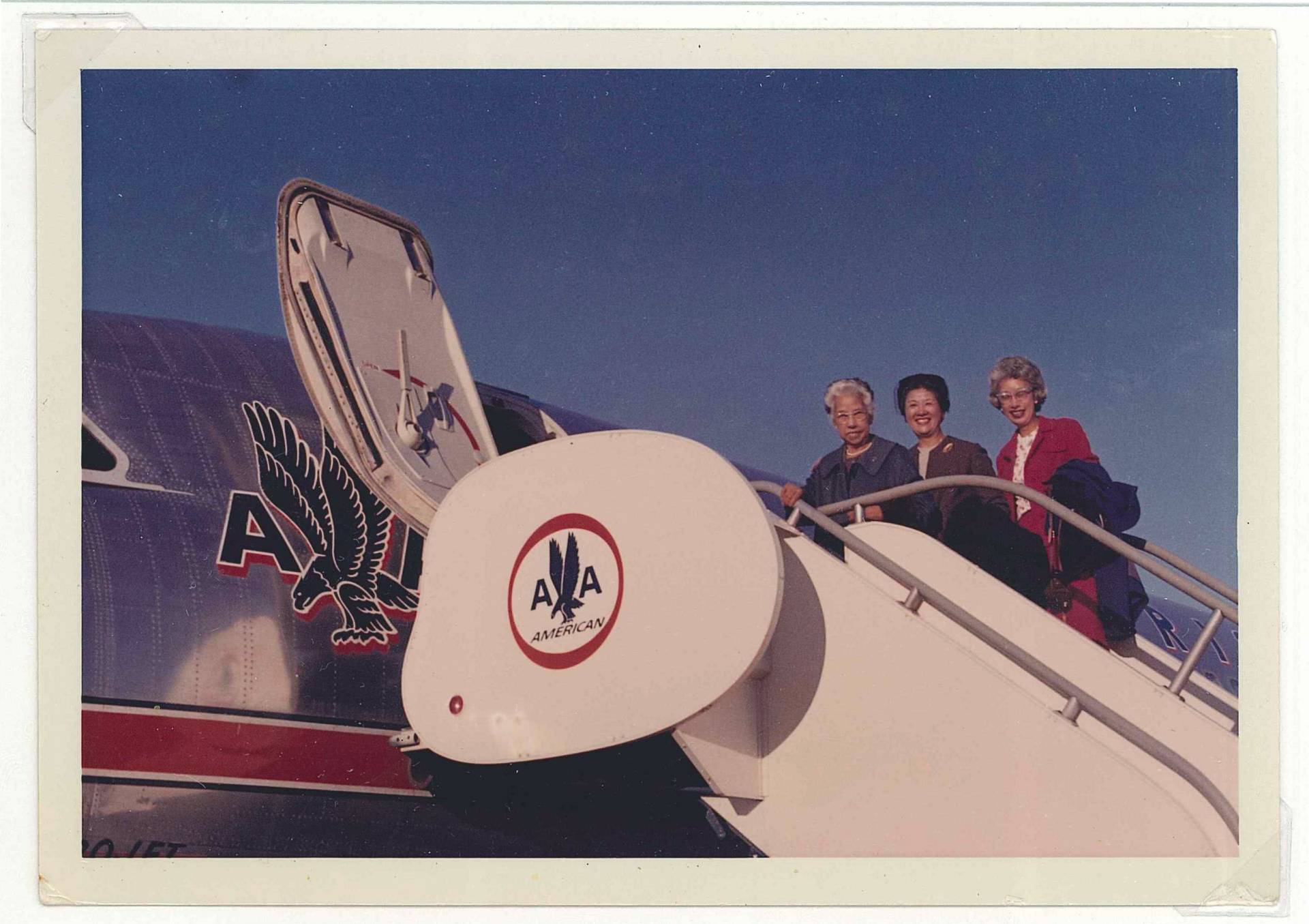 Karen Tei Yamashita of UC Santa Cruz will give the keynote address and discuss her research for her 2017 family memoir "Letters to Memory." Pictured: “Tomi’s Album B Page 17 b,” Yamashita Family Archives.

• 3 p.m. Audience Q&A with Leong, Day and Umemoto, moderated by Paul Nadal, a postdoctoral research associate with the Program in American Studies who will join the faculty this summer. 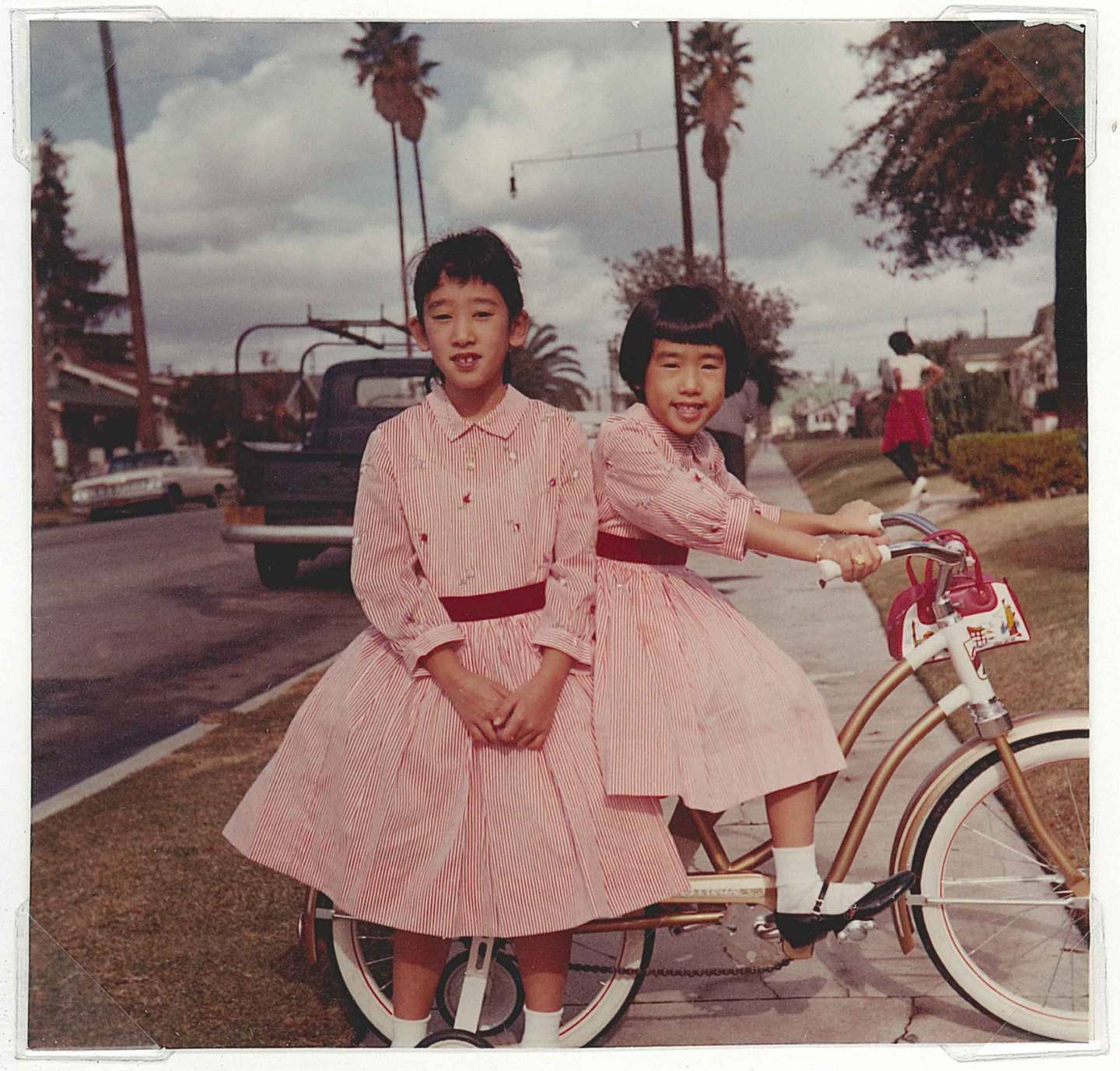 This image, “John album 20d,” is drawn from the family archives of Karen Tei Yamashita of UC Santa Cruz.

• 4:30 p.m. Keynote address: “Japanese America and the Character of War.” Karen Tei Yamashita, a professor of creative writing at UC Santa Cruz, talks about researching her 2017 family memoir, “Letters to Memory,” and reads a new introduction to John Okada’s 1957 novel “No-No Boy,” forthcoming in a Penguin Classics reissue. The novel tells the story of a Japanese American man of draft age in a World War II internment camp, who answers “no” on a compulsory government survey asking whether he is willing to serve in the U.S. armed forces and to swear allegiance to the United States.

• 8 p.m. Performance by No-No Boy (Julian Saporiti and Erin Aoyama). Saporiti has created folk songs from his interviews with World War II Japanese internment camp survivors and research into music performed in the camps. Aoyama’s doctoral research examines connections between Japanese internment and the experience of African Americans in the Jim Crow South.

Campus partners include the departments of East Asian studies, English and music; LGBT Center; Lewis Center for the Arts; Program in Gender and Sexuality Studies; Program in Urban Studies; and the Humanities Council. Support is provided by the Sakioka Family Fund and the Jacquelyne Hata Alexander ’84 P14 Fund for Japanese American Studies. 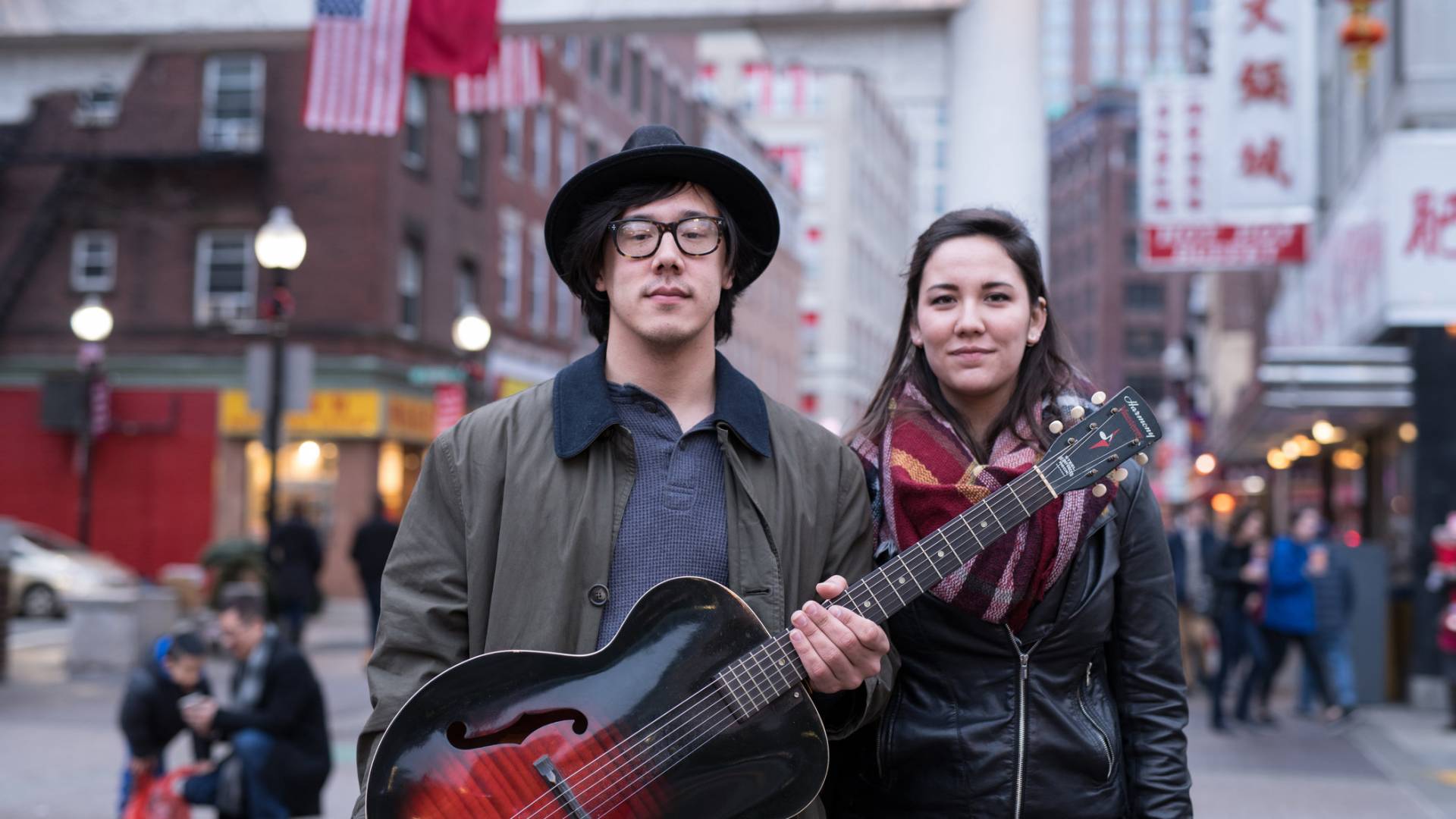 Julian Saporiti and Erin Aoyama, the duo known as No-No Boy, will close the symposium with a live performance of folk songs inspired from interviews with World War II Japanese internment camp survivors and research into music performed in the camps.