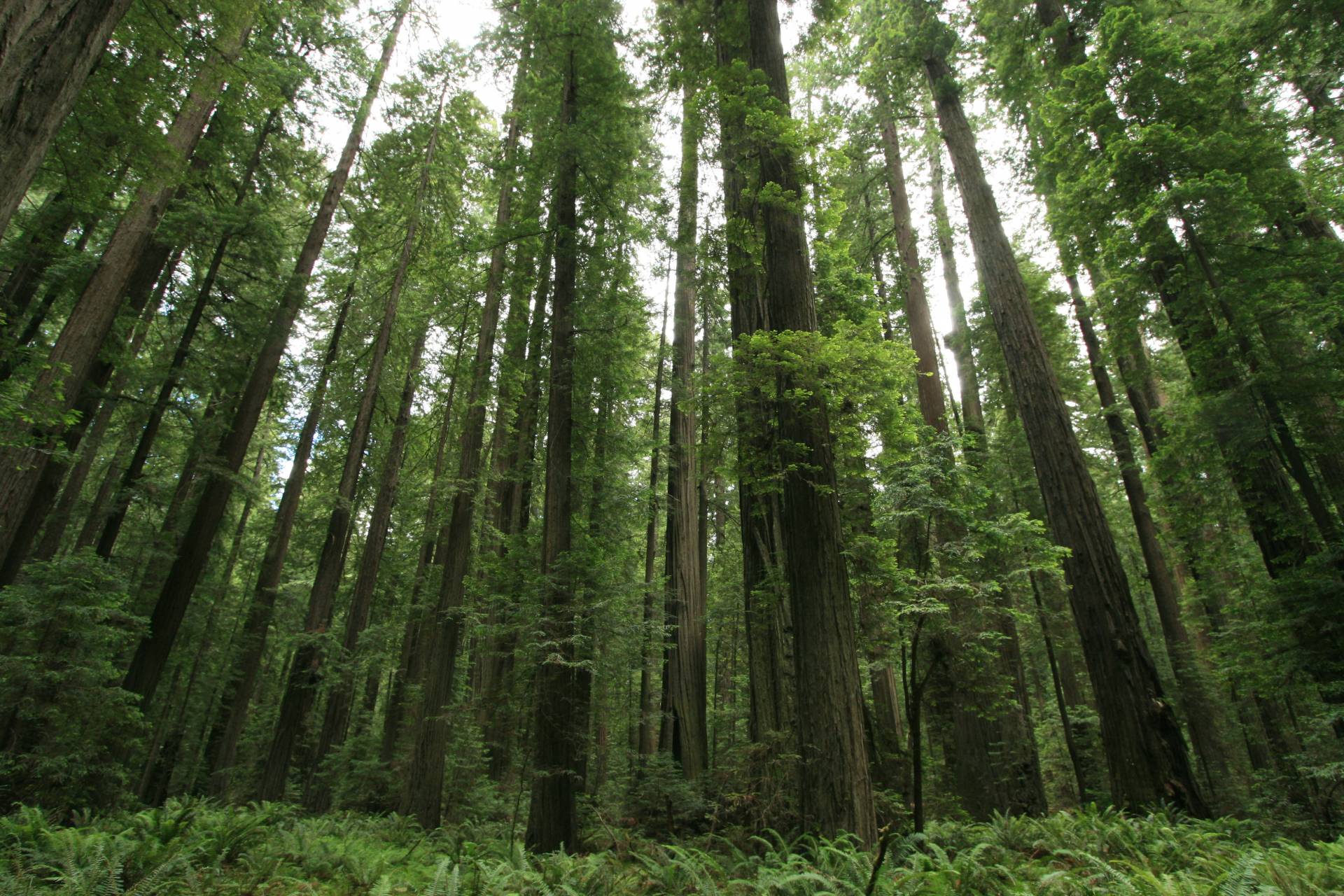 It takes thousands of genes to build the photosynthetic machinery that plants need to harness sunlight for growth. And yet, researchers don't know exactly how these genes work. Now an international team led by Princeton University researchers has constructed a public "library" to help researchers to find out what each gene does.

It isn't easy being green. It takes thousands of genes to build the photosynthetic machinery that plants need to harness sunlight for growth. And yet, researchers don't know exactly how these genes work.

Now a team led by Princeton University researchers has constructed a public "library" to help researchers to find out what each gene does. Using the library, the team identified 303 genes associated with photosynthesis including 21 newly discovered genes with high potential to provide new insights into this life-sustaining biological process. The study was published this week in Nature Genetics.

"The part of the plant responsible for photosynthesis is like a complex machine made up of many parts, and we want to understand what each part does," said Martin Jonikas, assistant professor of molecular biology at Princeton. "This library, we hope, will be one of the foundations that people will build on to make the next generation of discoveries." 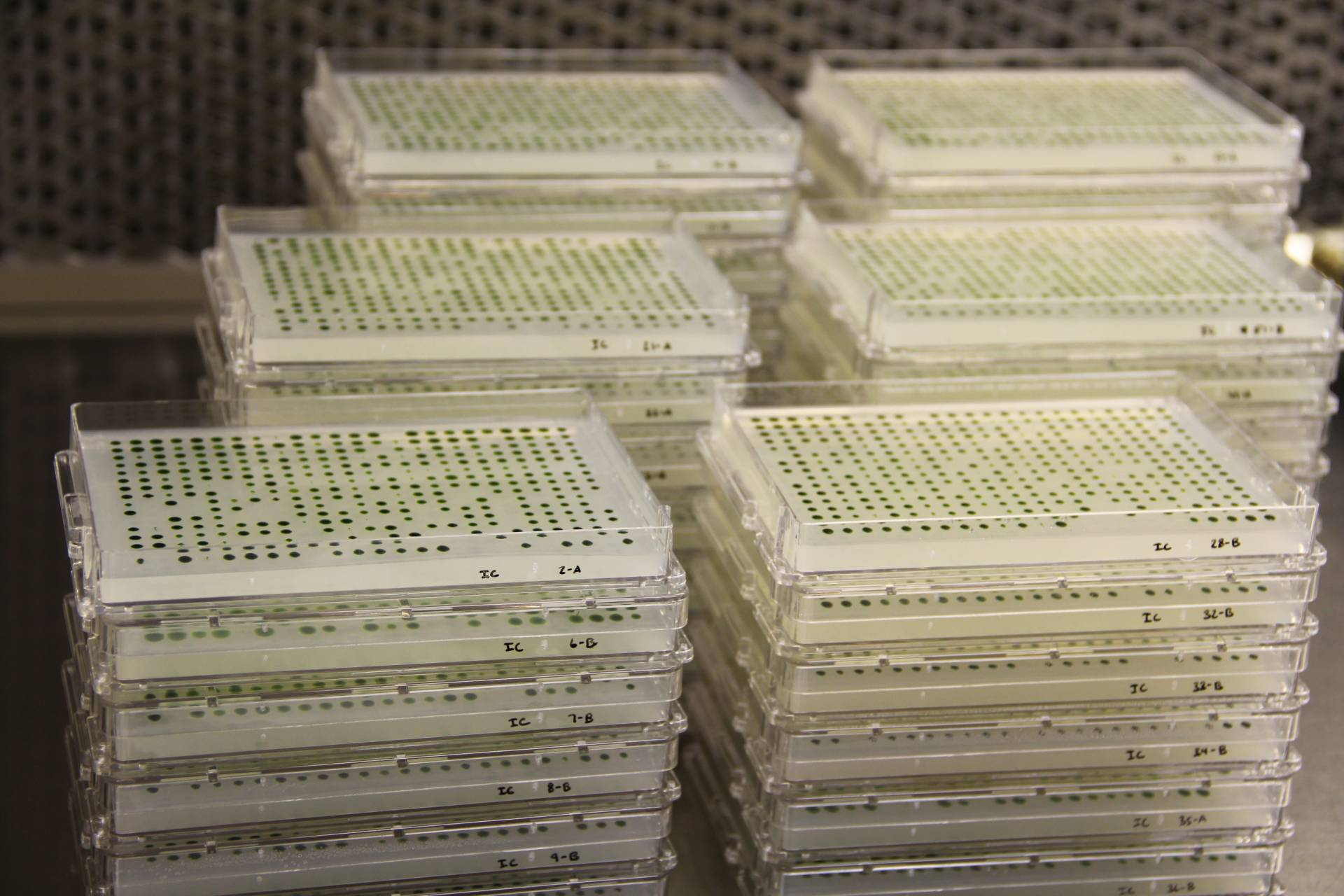 To build the library, researchers grew tens of thousands of strains of algae in plastic plates. The project, which took nine years, allows researchers to explore genes involved in photosynthesis and other aspects of plant biology.

The library, funded in large part through a grant from the National Science Foundation, consists of thousands of single-celled, pond-dwelling algae known as Chlamydomonas reinhardtii, or Chlamy for short. Each "book" in the library is a strain of Chlamy with a single mutation. The 62,000-plus mutant strains, housed at the University of Minnesota's Chlamydomonas Resource Center, cover more than 80 percent of Chlamy's genes.

“Because this algal species is often used as a model to understand a wider range of biological processes, this library will be an important resource,” said Karen Cone, a program director at the National Science Foundation, which was the primary funder for this research. “The partnership between the Jonikas group and the Chlamydomonas Resource Center enhances community accessibility to this valuable resource, which in turn will enable new discoveries, especially in one of NSF’s research priority areas, ‘Understanding the Rules of Life.’”

Due to various challenges inherent in Chlamy's genome, the project took nine years to complete. Throughout the project, researchers used robots to keep generations of cells alive by changing the nutrient-rich liquid media in which the cells live.

The project started in 2010 while Jonikas and his team were at the Carnegie Institution for Science on the Stanford University campus, and was completed at Princeton where the Jonikas laboratory moved in 2016. The project was a collaboration with Arthur Grossman, a senior staff scientist at Carnegie and with the Chlamydomonas Resource Center run by Paul Lefebvre, a professor of plant and microbial biology at the University of Minnesota.

The ability to observe a Chlamy cell with just one defective gene among all the other functioning genes allows researchers to figure out what that gene does. For example, if the cell has trouble moving, then the defective gene's function mostly likely involves governing movement.

Jonikas compared the Chlamy mutant library to a library containing thousands of copies of a manual for constructing a car, with each copy of the book missing a different section. No matter which manual was used, the resulting car would be missing a part, making it unable to operate as expected.

"The horn might not work, or the steering wheel might not turn," Jonikas said. "Then you would know that the missing section contained the instructions for that part of the car." 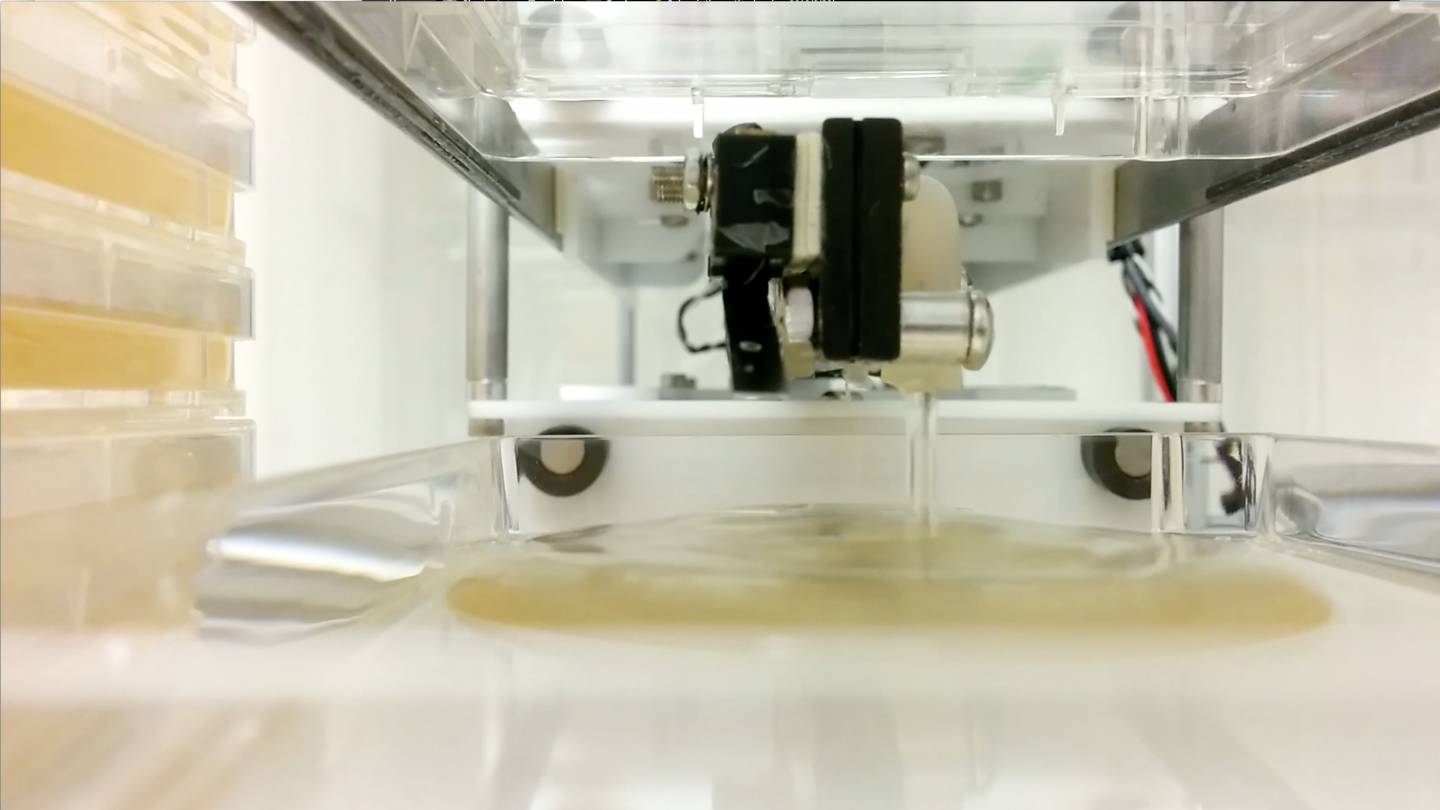 Researchers used robots to feed the single-celled algae that make up a living library that researchers can use to study plant genes.

The library enables researchers to test multiple mutant Chlamy strains at once because each mutation is labeled with a unique "DNA barcode." For the current study, investigators placed thousands of Chlamy strains in a single flask and exposed them to light. Strains that failed to grow were more likely to contain a gene involved in photosynthesis.

One of the newly identified genes is CPL3, which is thought to play a role in accumulating the protein "parts" of the photosynthetic machinery. The team is now exploring whether the gene helps the algae adjust their photosynthetic activity to changes in sunlight levels.

The mutant library can enable studies in other areas of plant biology, such as intracellular communication and Chlamy's ability to paddle around its environment using a tail-like cilium.

Xiaobo Li, the study's first author, was a postdoctoral researcher at Princeton when the team completed the library. "It is our hope that the Chlamydomonas mutant library and the genes identified will lead to numerous fundamental discoveries in photosynthesis, cell motility and many other processes," Li said.

Weronika Patena, a senior bioinformatics analyst in the Jonikas laboratory, wrote computer programs to analyze large amounts of data to identify genes most likely to be involved in photosynthesis. "I believe the success of this project will greatly accelerate research into photosynthesis and other processes for which Chlamy is a good model, and provide a lot of value to the scientific community," she said.This project was supported by a grant from the National Science Foundation (MCB-1146621), the National Institutes of Health (DP2-GM-119137), the Simons Foundation and the Howard Hughes Medical Institute (55108535), the European Molecular Biology Organization (ALTF 1450-2014 and ALTF 563-2013), the Swiss National Science Foundation, and Westlake University in China.