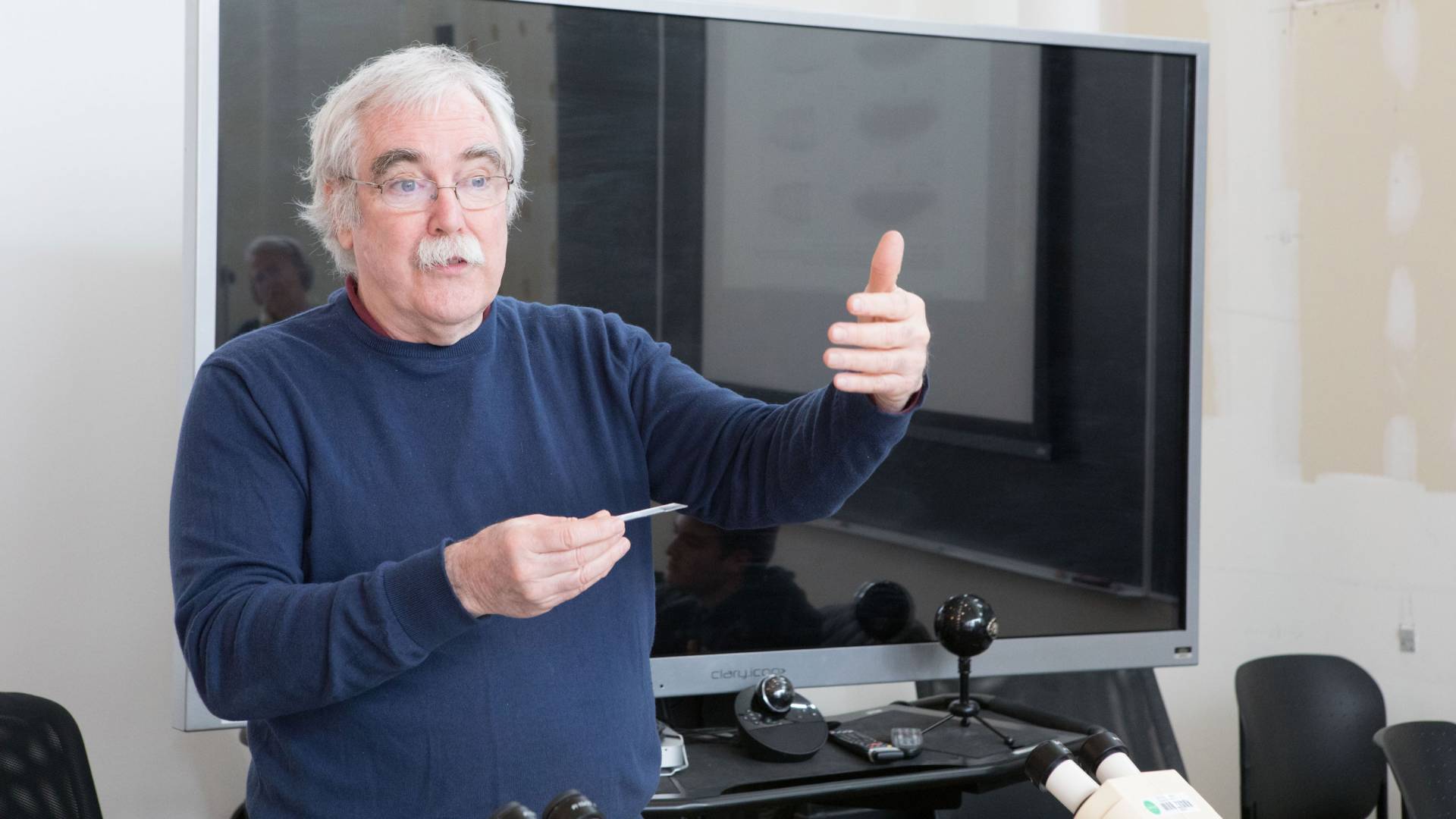 Wieschaus named fellow of the American Association for Cancer Research

The American Association for Cancer Research announced today that Eric Wieschaus, who won the 1995 Nobel Prize in Physiology or Medicine, is one of 22 newly elected fellows of the AACR Academy.

Wieschaus, Princeton’s Squibb Professor of Molecular Biology and a professor in the Lewis-Sigler Institute for Integrative Genomics, was nominated and elected by existing fellows of the AACR Academy “for his Nobel Prize-winning identification of genes responsible for controlling embryonic development and their impact on tumorigenesis, and for conducting large-scale mutagenesis screens in Drosophila melanogaster to identify genes responsible for embryonic patterning and development.”

Founded in 1907, AACR is the world’s first and largest professional organization dedicated to advancing cancer research and its mission to prevent and cure cancer. The AACR Academy recognizes scientists whose contributions have propelled significant innovation and progress against cancer. Fellows of the AACR Academy are intended to serve as a global brain trust to prevent and cure all cancers through research, education, communication, collaboration, science policy and advocacy.

Wieschaus and the other new fellows will be formally inducted at the AACR annual meeting, held this year in Atlanta, March 29 to April 3.