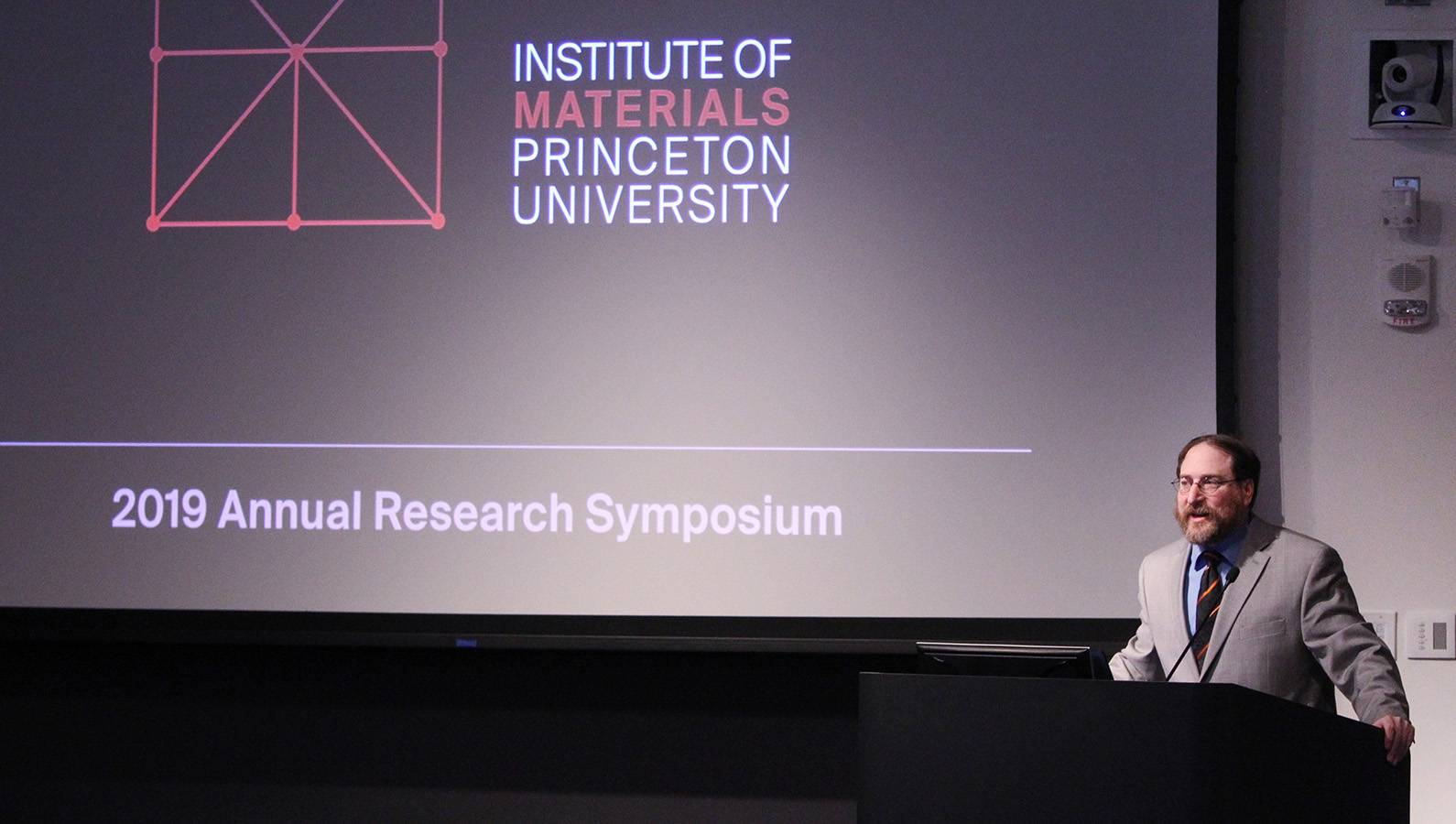 The annual symposium of Princeton University’s materials institute, held March 26 and 27, convened participants from academia and industry. In his welcoming address, Craig Arnold, the institute director and a professor of mechanical and aerospace engineering, said this year’s event marks an expansion of materials science at the University.

Materials science is an "enabling discipline,” Dean of Engineering and Applied Science Emily A. Carter told the audience gathered for the annual symposium of Princeton’s materials institute last week. It allows researchers, students and entrepreneurs from widely different fields to come together to create new technologies and solutions to difficult societal problems.

“This institute is essential,” Carter, the Gerhard R. Andlinger Professor in Energy and the Environment, told the crowd gathered on March 26 in Maeder Hall. “It is the connective tissue for the rest of the University.”

This year’s symposium, on March 26 and 27, marked several years of growth for the Princeton Institute for the Science and Technology of Materials, which has expanded and opened new facilities. Craig Arnold, the institute director, said the resurgence builds on Princeton’s long history of leadership in the field.

“We undertook a major move of our facilities into the beautiful Andlinger building, we doubled our technical staff, and we saw new, world-leading instrumentation installed,” said Arnold, a professor of mechanical and aerospace engineering. “We’ve seen many new faces among our materials faculty on this campus, and it is an exciting time for the growth of our community.” 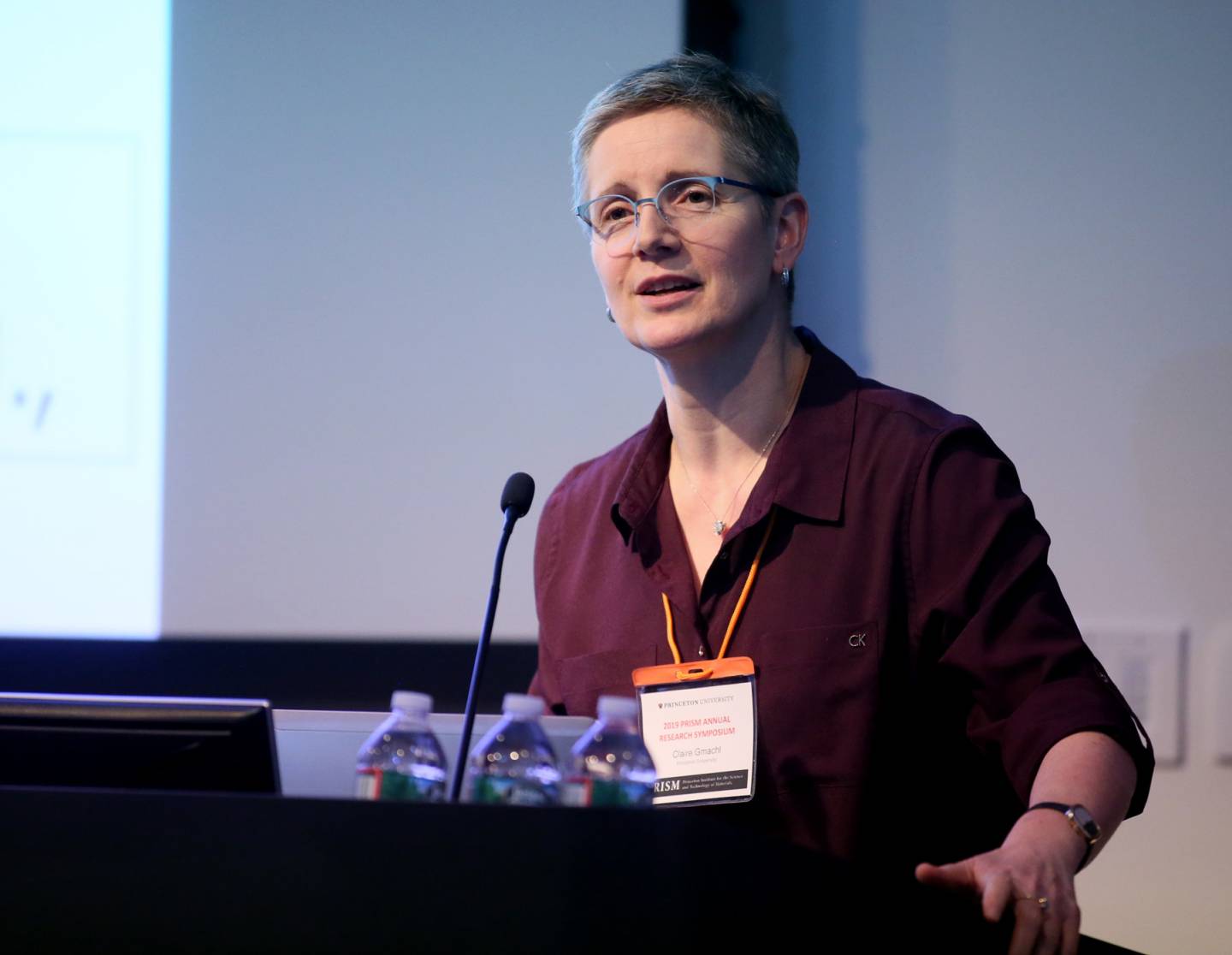 Claire Gmachl, the Eugene Higgins Professor of Electrical Engineering, speaks about the interactions of light and matter.

Speakers particularly emphasized the recently expanded capabilities of the institute's Imaging and Analysis Center, which includes some of the world's most powerful microscopes, and its cleanroom facility, which allows for fabrication of microscopically small structures. Both bring together faculty, students, staff and external collaborators from a wide range of industries who are producing an "ever-expanding volume of exciting results," said Dean for Research Pablo Debenedetti, the Class of 1950 Professor of Engineering and Applied Science.

“These facilities are truly the crown jewels of the institute,” Debenedetti said.

While the institute plays a key role in the University, it is also expanding its presence in the region and beyond, Arnold said. He said Princeton has played a role “from innovations that are shaping the world such as OLED displays for phones or polymer nanomaterials for health to the creation of entirely new classes of quantum materials.”

“Our impact on the innovation ecosystem at Princeton and beyond is massive,” he said. “Our institute has a direct impact on more than $100 million per year in research contracts at the University, and we interact with more than 100 companies in a year.”

Looking forward, Arnold said he would focus on building a stronger community for all the institute's members, strengthen the institute's educational and career programs, and enhance the network of academic and industrial collaborators, while also rebranding the institute to focus on the fundamental role of materials research and better communicate its mission. 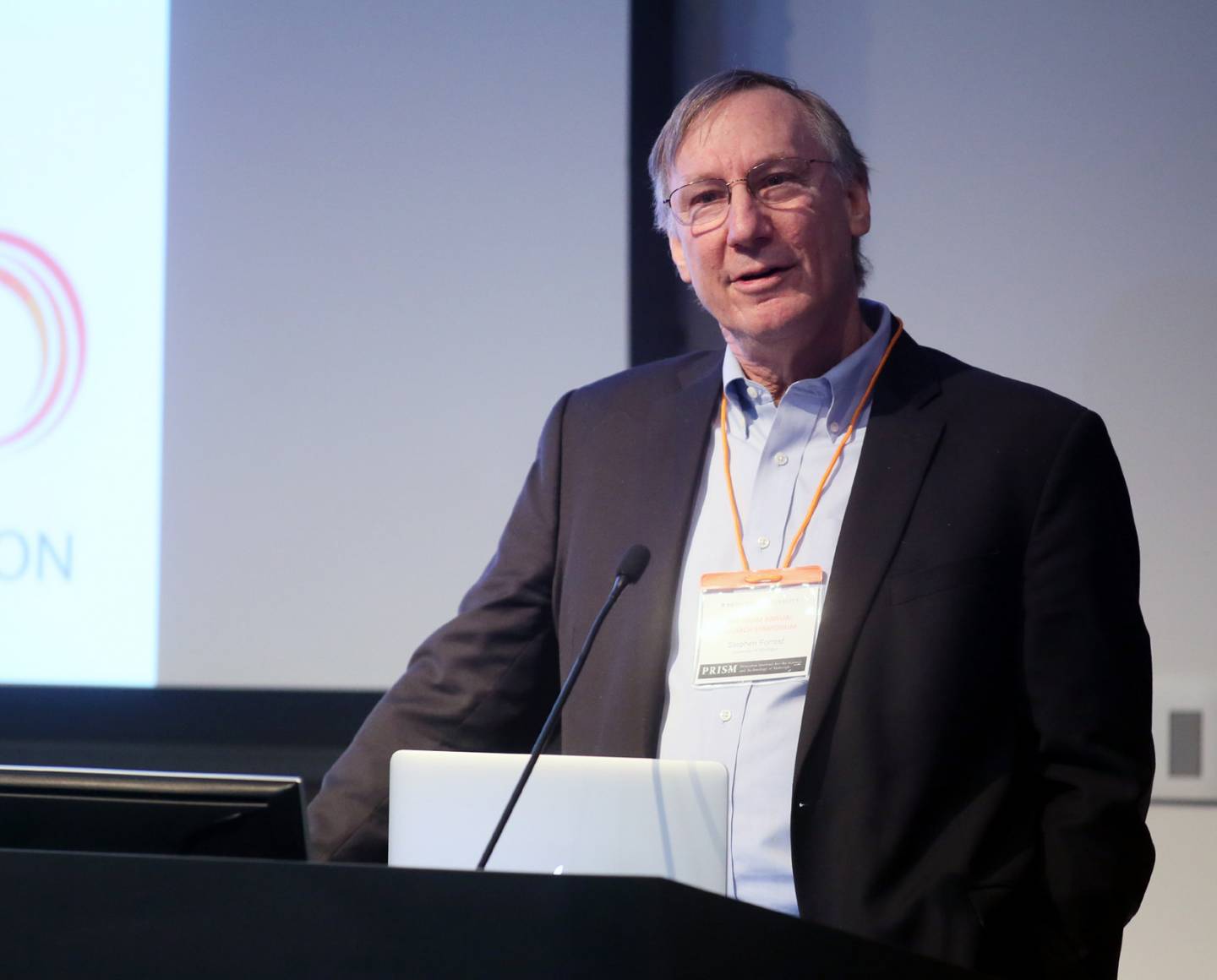 Stephen Forrest, the Peter A. Franken Distinguished University Professor at the University of Michigan and a former chair of electrical engineering at Princeton, delivers the first day’s keynote address about maintaining a successful innovation ecosystem.

Stephen Forrest returned to Princeton as one of this year’s keynote speakers. Forrest, the Peter A. Franken Distinguished University Professor at the University of Michigan, was a member of the electrical engineering faculty for 15 years and chair of electrical engineering from 1997-2001. He left Princeton to become vice president for research at Michigan, where he expanded the university’s efforts to assist industry with technological innovation.

Forrest told audience members that although universities alone cannot build a vibrant innovation ecosystem, they play a critical and indispensable role in their existence.

“There are no good examples of where they exist in the absence of world-class universities,” he said.

The current and future economic success of the U.S. depends on innovation, he said. And innovation requires cooperation between science and industry. He said universities that understand this and have succeeded in supporting engagement with industry have sustainable cultures that support the work. The idea is to bring ideas from the academic world into the larger world and bring them back into the university.

“Universities and industry share a common destiny in the globalized world of science,” he said. “We can’t do it alone.”

Presentations covered topics including: the use of diamonds in long-distance quantum networks; the mechanical principles of biofilm formation; phase separation of multicomponent liquid mixtures; and interactions of light and matter. 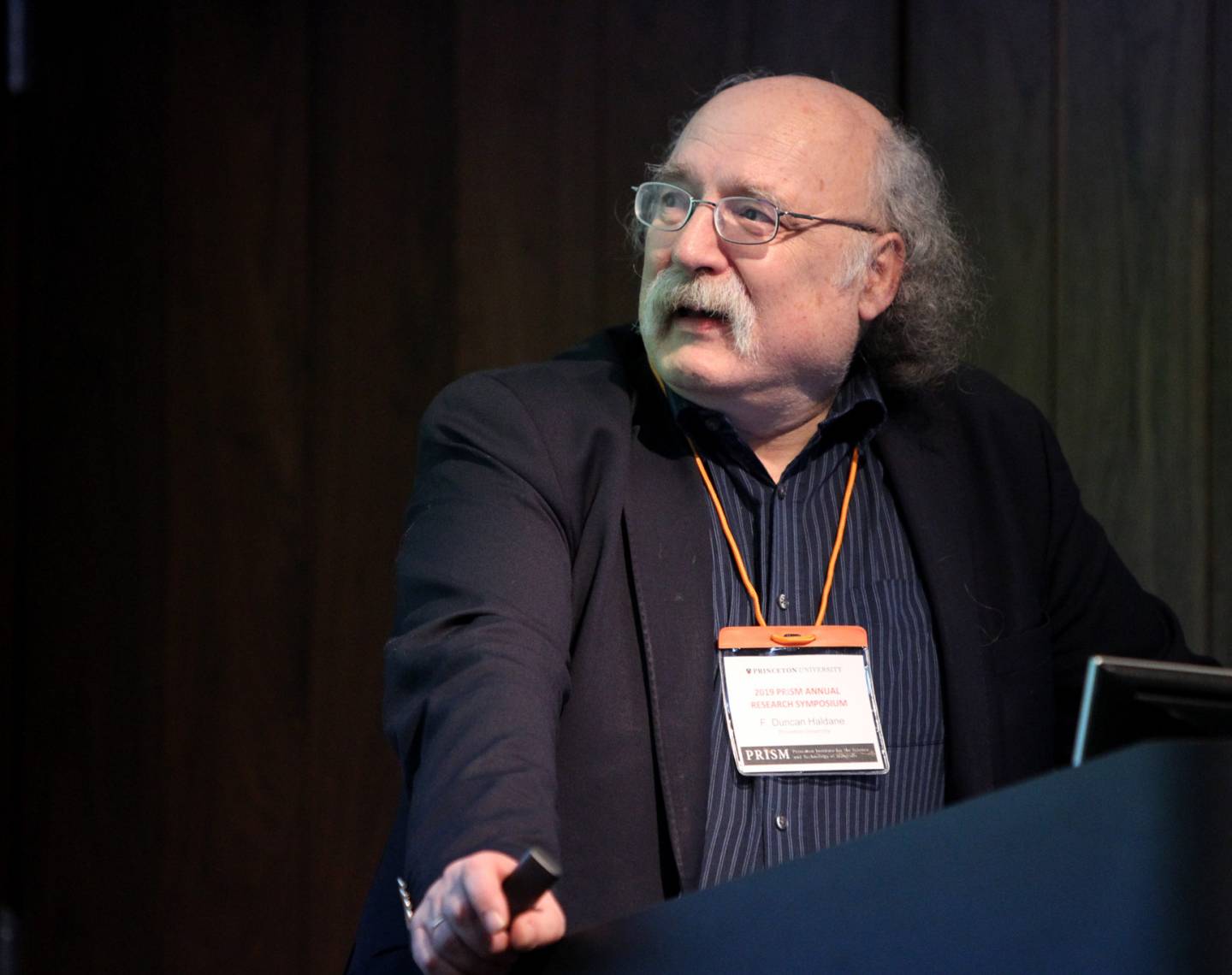 The talks also emphasized the role that world-class imaging and fabrication facilities play in enabling research breakthroughs. Ian Harvey, director of the institute's cleanroom fabrication lab, introduced the facilities that provide an ultra-low dust environment for making microscopically small structures. Nan Yao, director of the institute's Imaging and Analysis Center, talked about the role of high-end microscopy in advancing the physical and life sciences. Both facilities are used by more than 100 industry researchers.

Anthony Cicatiello, president of the R&D Council of New Jersey, gave a lunchtime talk emphasizing the state's commitment to supporting research, including a revitalization of the New Jersey Commission on science innovation and technology and New Jersey Gov. Phil Murphy's proposal to create a $500 million Evergreen Fund to support technology innovation.

Given the rapid pace of technological change, government leaders depend on researchers in industry and academia to keep them aware of barriers that may stand in the way of innovation, Cicatiello said. "You must educate our government leaders on what you need."

The event closed with student-organized workshop sessions in which students met with industry representatives and invited guests.

This year’s symposium was supported in part by ThermoFisher Scientific and BakerHostetler.