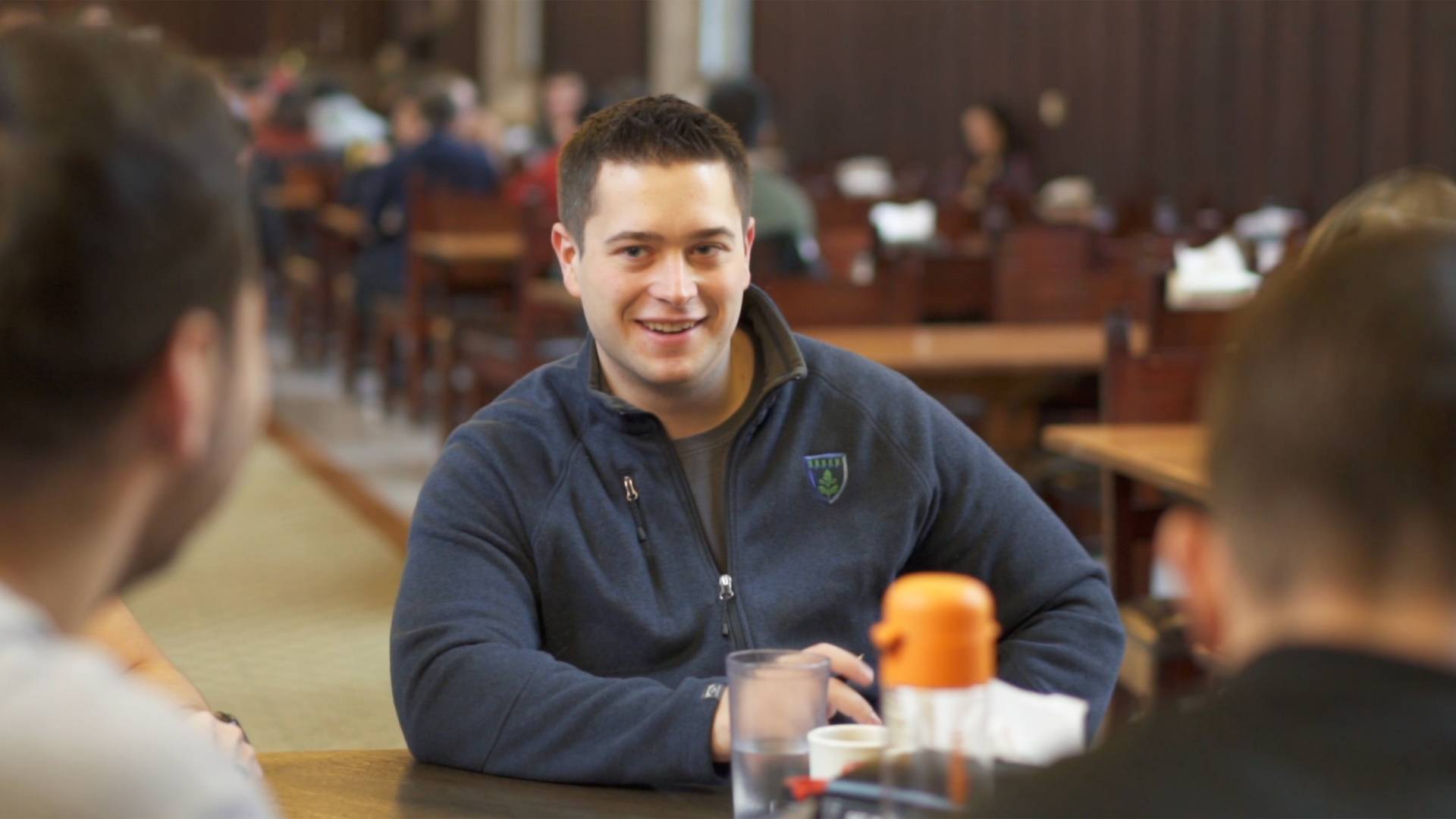 Student. Tiger. Veteran. Following four years as a helicopter mechanic in the Marines, sophomore Tyler Eddy said his "whole life changed" when he realized that he could attend Princeton.

Every year, Princeton alumni from every decade, along with friends of the University, come together through Annual Giving to strengthen and expand Princeton’s mission of excellence. This year’s campaign features a new video that celebrates the University’s commitment to drawing talented students from every sector of society.

Sophomore Tyler Eddy always dreamed of becoming a scientist, but that plan was nearly derailed when he dropped out of college. He was working full-time at an auto-parts store when he enlisted in the Marines with the intention of returning to school. He became an airframe helicopter mechanic and rose to a rank of corporal, while simultaneously taking community college classes.

Then, while at Camp Pendleton in California, he met a Princeton admissions officer who explained that the University was eager to welcome students who had taken a nontraditional path.

“I can point directly to that moment when my whole life changed,” said Eddy. “I realized that [Princeton was] looking for folks just like me.”

Eddy applied to Princeton and was admitted in 2017. His dream to be a scientist is now closer than ever, as he studies astrophysical sciences and looks forward to the day when he can help explore the final frontier of space. At Princeton, he’s a student leader who works with fellow vets through the Princeton Student Veterans Alliance, which he co-founded. He’s also the father of a little girl. As a father, husband, veteran and campus leader, he’s a rare breed of Tiger.

“I feel a really strong connection with service. What you decide to do is so much bigger than you, and then there’s so much power behind that,” he said. “I don’t see any point in my life where service won’t be an integral part.”