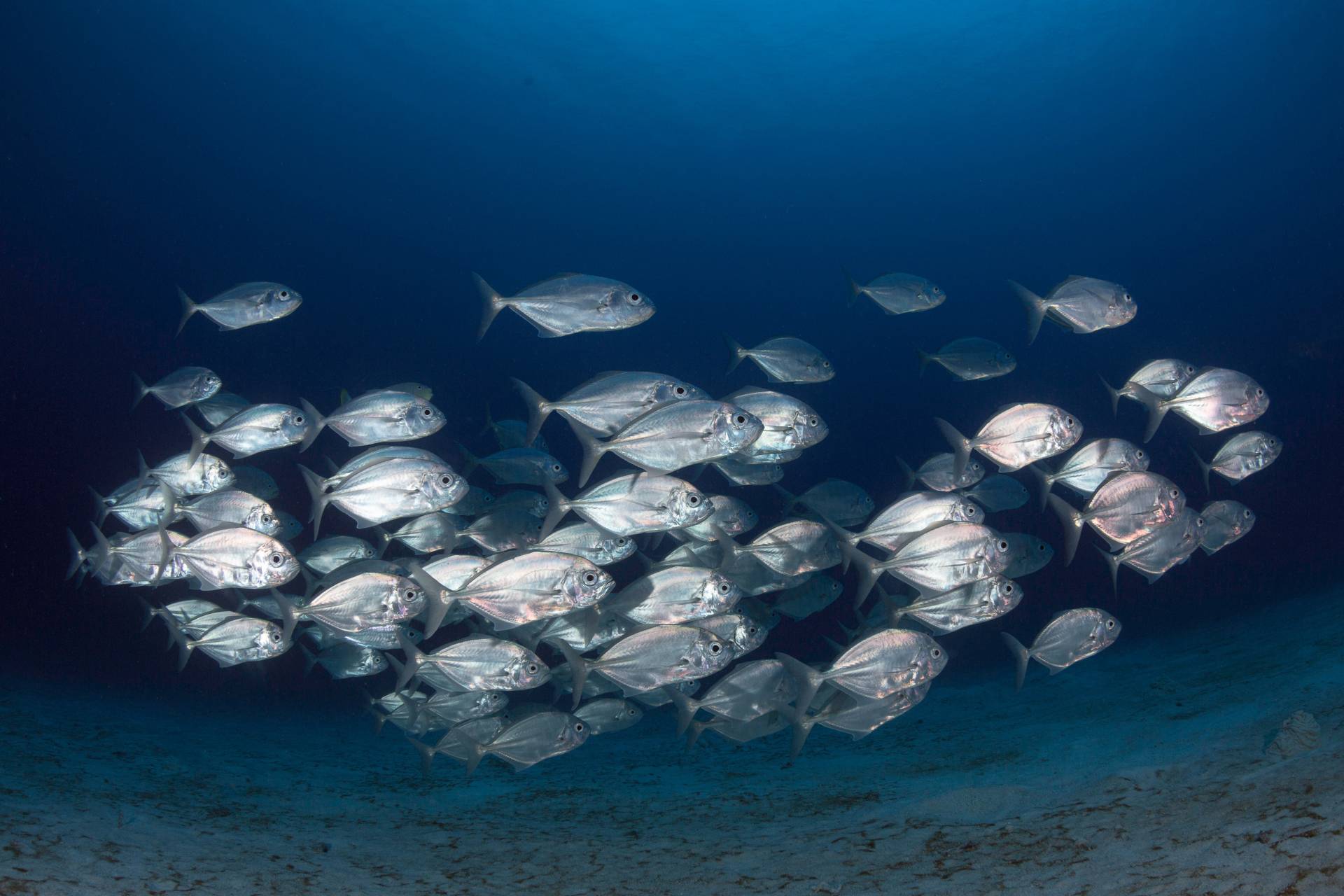 By Joseph Albanese for the Princeton Environmental Institute

Princeton University research suggests that climate change could throw off the timing of fish breeding with phytoplankton blooms, which would deprive juveniles of certain fish species of a crucial early food source. The long-term effect on fish reproductivity could mean fewer fish available for human consumption.

Photo by Milos Prelevic on Unsplash

Climate change may be depriving juvenile fish of their most crucial early food source by throwing off the synchronization of when microscopic plants known as phytoplankton bloom and when fish hatch, according to Princeton University researchers. The long-term effect on fish reproductivity could mean fewer fish available for human consumption.

Phytoplankton forms the base of the food chain in marine environments, transforming solar energy into plant matter. Their blooms provide vital nourishment to animals further up the food chain, including the larval stages of many fish species.

The researchers recently reported in the journal Global Change Biologythat as Earth’s climate continues to warm, the occurrence of phytoplankton blooms have shifted from historic timelines, occurring earlier than normal. Supported by the Princeton Environmental Institute (PEI), the scientists found that phytoplankton blooms could start approximately two to four weeks earlier in temperate and polar ecosystems under climate change. This could create hardships for developing fish as they struggle to find the phytoplankton they need to fuel their growth and survive into adulthood.

“Once fish larvae utilize all of the yolk that they received from their parents, they must learn how to hunt quickly — otherwise they risk starvation,” said first author Rebecca Asch, an assistant professor of biology at East Carolina University who began the work as a postdoctoral researcher in Princeton’s Program in Atmospheric and Oceanic Sciences.

“Larvae that do not starve are slow to capture food and also likely to have lower survival because slower-growing fish are more likely to be eaten by predators,” explained Asch, who conducted the research with PEI associated faculty member Jorge Sarmiento, Princeton’s George J. Magee Professor of Geoscienceand Geological Engineering, Emeritus, and Charles Stock, a researcher at the NOAA Geophysical Fluid Dynamics Laboratory located on Princeton’s Forrestal Campus.

Fish develop in annual “classes,” with individuals reaching maturity and breeding age at roughly the same time. If enough larvae of a certain year class fail to make it to adulthood, that can affect the species’ future reproductive rates as there are fewer adults available to breed. Successive years of low adult populations could result in tighter fishing quotas that could create food shortages and economic hardship in communities that rely on fishing.

Using advanced computer modeling, the researchers assessed the effect that continued warming — fueled by high carbon dioxide emissions — would have on two distinct classes of fish: those that spawned in response to environmental cues, and those that utilized geographically defined spawning grounds. Environmental spawners alter where they lay eggs based on stimuli such as temperature, while geographic spawners like salmon return to a particular region, such as a river, estuary or reef to reproduce. These different strategies exhibited different success rates in the rapidly changing climate.

“We found that fishes with strong connections to particular habitats were more likely to be vulnerable to mismatches with plankton blooms,” Asch said. “These could be anadromous fishes that always return to the same river to spawn or fishes that use particular nursery habitats, such as coral reefs, mangroves or salt marshes.”

It is not uncommon for fish species to naturally mistime reproduction with maximum food availability for their offspring, Asch said: “Different oceanic conditions influence fishes and their food; the fishes do not always get the timing right,” she said.

Asch has continued this research with her students at East Carolina University by studying mismatches between larval fishes and zooplankton in coastal North Carolina. This real-world study should provide a concrete example of the global patterns that the researchers found in their modeling.

The paper, “Climate change impacts on mismatches between phytoplankton blooms and fish spawning phenology,” by Rebecca G. Asch, Charles A. Stock and Jorge L. Sarmiento, was published May 31 in Global Change Biology (DOI: 10.1111/gcb.14650). This work was supported by the Nippon Foundation‐Nereus Program, the Princeton Environmental Institute and the Alfred P. Sloan Foundation Research Fellowship Program.