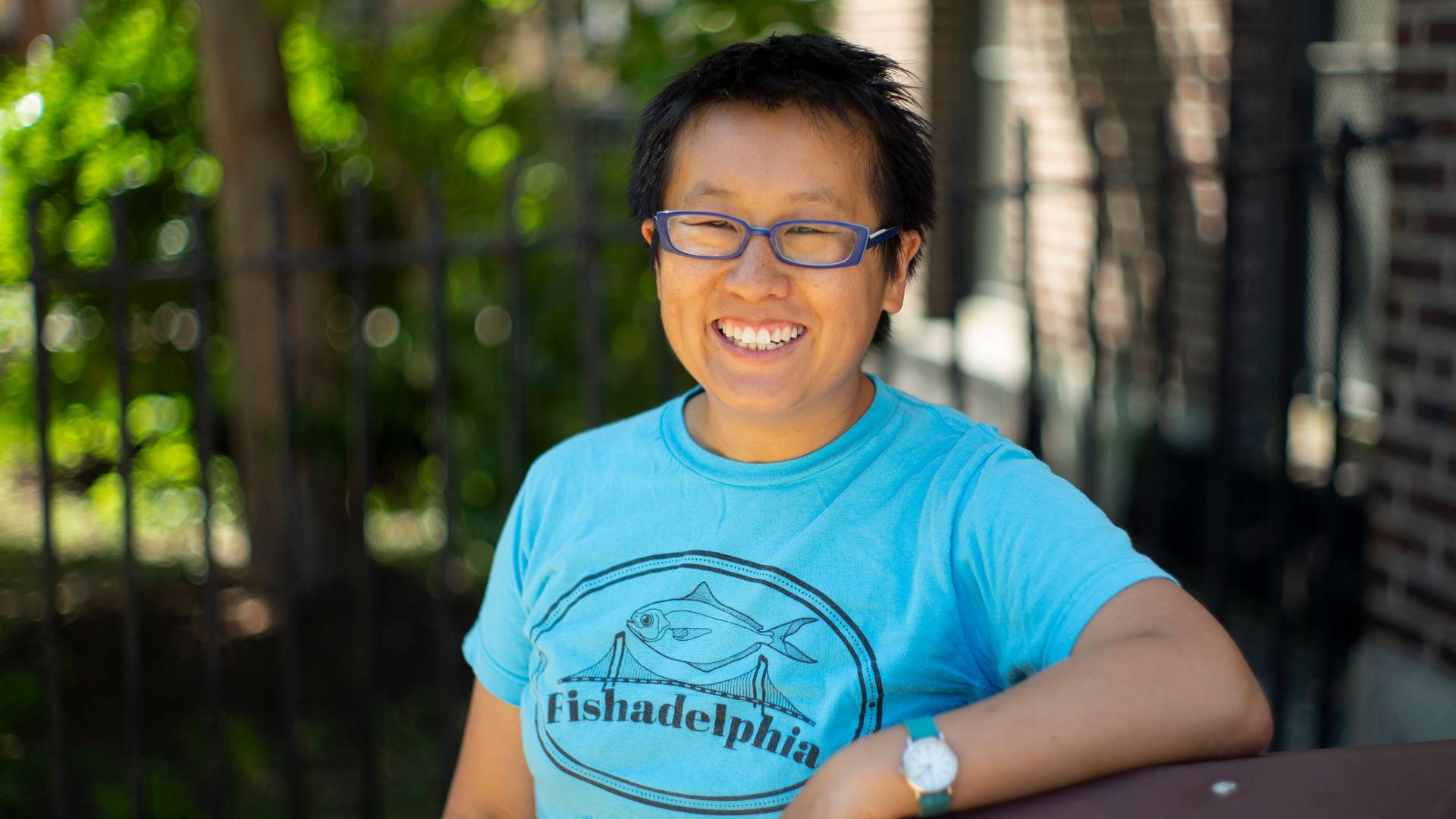 By studying fishing boat logbooks, Princeton postdoctoral researcher Talia Young and her colleagues found that some fishing boats travel more than 250 miles to catch the fish that used to be in local waters. Young is now investigating how local community supported fishery programs — like farm shares for fish — can affect fishing communities.

As the oceans warm in response to climate change, fishing boats in the Mid-Atlantic that focus on only one or two species of fish are traveling more than 250 miles farther north than they did 20 years ago, while others catching a wide diversity of species have not changed fishing location, reported Talia Young, a postdoctoral research associate in ecology and evolutionary biology at Princeton.

“In fishing communities, people’s well-being and the environment’s well-being are intricately tied together,” said Young, who is a David H. Smith Conservation Postdoctoral Fellow in the lab of Simon Levin, the James S. McDonnell Distinguished University Professor in Ecology and Evolutionary Biology. “We know that climate change is affecting natural resources. We can see how it is affecting when things are blooming, where species are distributed, and — because fish are mobile — we’re seeing dramatic changes in the distribution of fish in the ocean. But in order to fully understand how climate change is affecting the world we live in, we have to understand how it’s affecting the environment, the animals that live in the environment, and also the people that interact with and depend on those animals.”

The Northwestern Atlantic Ocean, the patch of sea located off the coast of the northeastern United States, is one of the most rapidly warming parts of the ocean. Young was intrigued by the intersection of the ecological effects with the economic ramifications for the people who depend on commercial fishing. 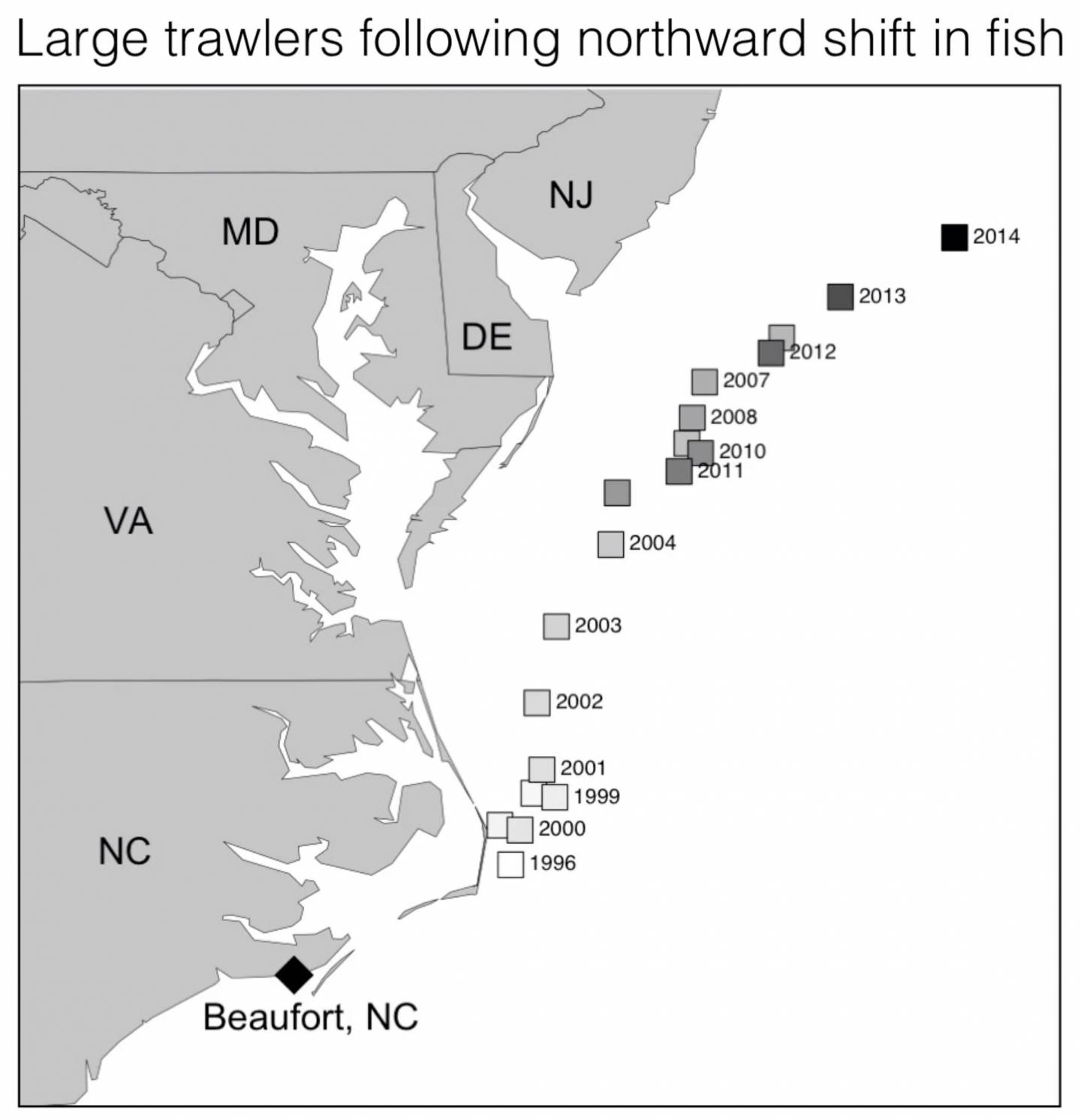 Young and her colleagues have found that large fishing vessels catching only one or two species of fish have followed those fish species northward more than 250 miles in response to global climate change. The center of fishing activity for the large-vessel community fleet in Beaufort, N.C., was off the North Carolina coast in 1997 and off the coast of New Jersey by 2014.

To track the movements of fishing vessels, Young and a team of colleagues analyzed millions of logbook data entries, aggregated by “fishing communities,” which the researchers defined using a combination of landing port, gear and vessel size, with a cutoff of 65 feet to distinguish large from small boats. This concept of “community” grew out of interviews in fishing communities by some of Young’s colleagues, who found that this particular combination of geography and fishing strategy reflected groups of harvesters who share knowledge, practices and relationships.

The team found that while large trawlers may follow the fish — even when that means sailing from the Outer Banks to the Jersey Shore — smaller boats (that cannot travel hundreds of miles per trip) have instead often diversified their catch or given up fishing. They also found that large vessels based in New England that were already fishing a wide variety of species have not changed fishing location.

“Extensive research has been done on how climate change is affecting natural resources like fish and trees, but there are many people in the world who are dependent on natural resources, and there’s been much less work looking at them,” said Young. “This paper is the first we know of that empirically and quantitatively documents how people who rely on those natural resources are adapting to those changes.”

From fish harvesters to fish eaters

As she learned more about how climate change is affecting fishing communities, Young became increasingly interested in the importance of markets for the fish harvested in those communities. “Fishing communities need to sell their fish,” she said. “If there’s no market, none of the rest of it matters.”

Young started thinking about how seafood consumers affect seafood markets, which led to a quantitative analysis of West Coast seafood buyers, to understand how different kinds of seafood supply chains may affect both fishing economies and ecosystems. 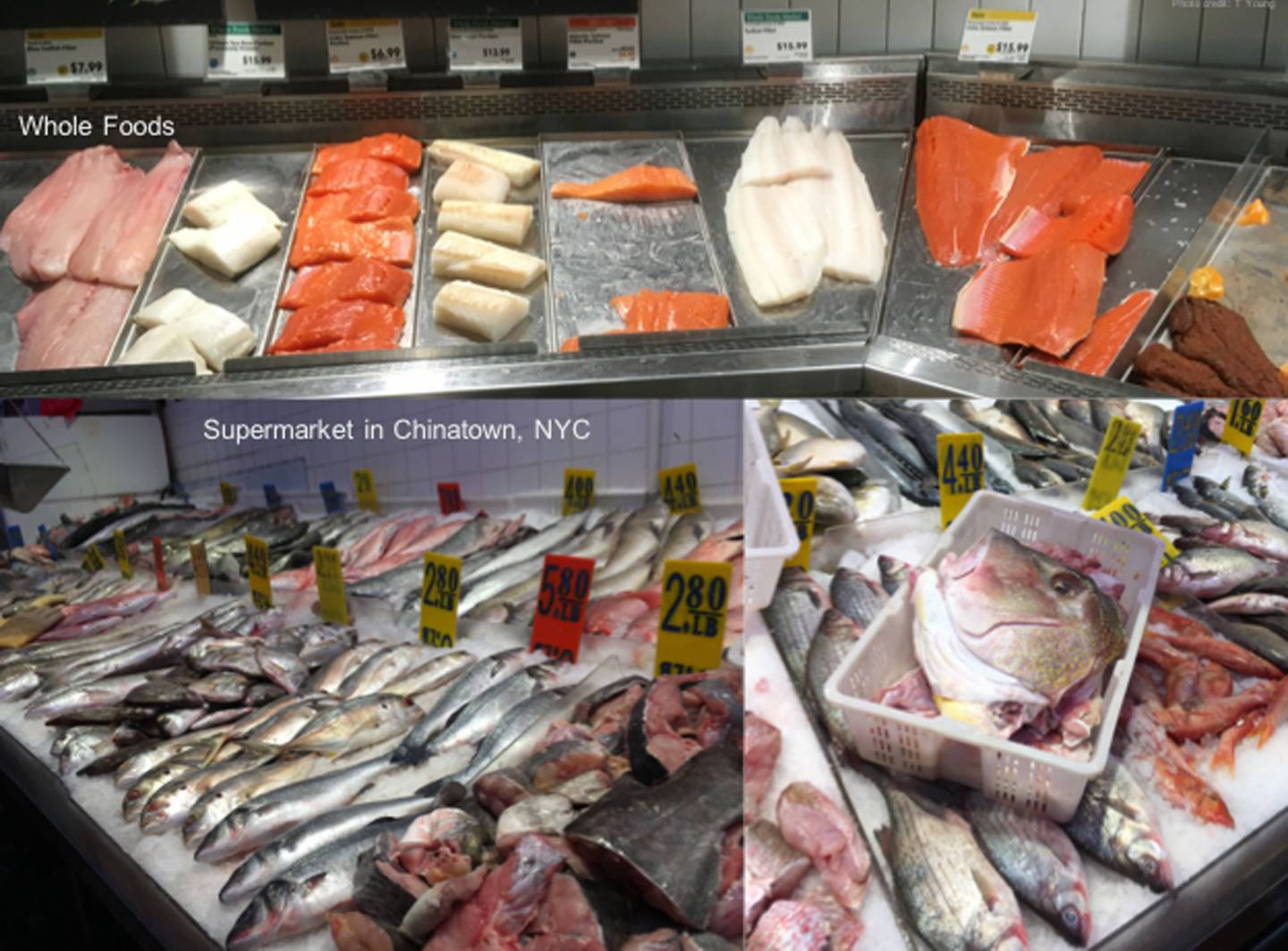 After considering the difference between the fish counters at a Whole Foods market (top) and the Chinatown fish market in New York City (bottom), Young decided to build a community-supported fishery program (CSF) that connected fishing crews with culturally and economically diverse communities. “Fishing communities need to sell their fish,” she said. “If there’s no market, none of the rest of it matters."

“I saw harvesters and fishing community advocates trying to expand the ‘American’ palette beyond salmon and cod fillets, and it seemed to me that they were missing an important market,” Young said. “Lots of Americans — many of whom are people of color — eat a wide variety of fish and shellfish species that are caught locally or domestically, like whole fish, squid, eel, lobster, clams, abalone and whelk. They don’t need to be convinced about how delicious they are. … So I began thinking about what would it look like to build a community-supported fishery program (CSF) that connected fish harvesters with local, culturally and economically diverse communities.”

Young created Fishadelphia, a CSF inspired by the success of community supported agriculture programs (CSAs) that provide members with vegetables every week of the growing season. Fishadelphia’s day-to-day operations are planned and coordinated by a group of high school students at Mastery Charter Thomas Campus in South Philadelphia, where Young taught science before getting her Ph.D. Young’s current research includes an examination of how alternative supply chains like Fishadelphia affect stakeholder knowledge about and interest in each other.

Fishadelphia is about to start its third 16-week “season,” during which freshly caught fish will travel from the Jersey docks to the charter school every other week from Feb. 21 to May 30. The CSF charges its members $160 for the season, or $20 per pickup, a price that is cut in half for families of students at the charter school or anyone eligible for SNAP benefits. For each pickup, the students put together information sheets that include facts about the species available that week, the name of the fishing vessel that caught them and its captain, and recipes.

“Princeton has made all of this work possible,” Young said. “It was a collaboration with Princeton researchers — especially Emma Fuller [a 2016 graduate alumna] — that got me interested in studying fishing communities in the first place, and EEB has been a warm and welcoming home for this work. Simon has been an incredibly thoughtful and supportive mentor. And a Princeton Environmental Institute intern, Atarah McCoy [of the Class of 2020], helped us get Fishadelphia off the ground.”

Princeton’s location is also key, said Young. “New Jersey fisheries are diverse, economically important and ecologically interesting. We’re in the most densely populated state in the nation, with intense cultural diversity, and it’s exciting to build programs that capitalize on both these natural and cultural resources at the same time.

“Between climate change, regulatory disputes and fleet consolidation, American fishing communities are facing a host of challenges right now, and the idea that immigrants and people of color and poor people could help provide a uniquely American solution for some of these challenges — that is exciting,” Young said.