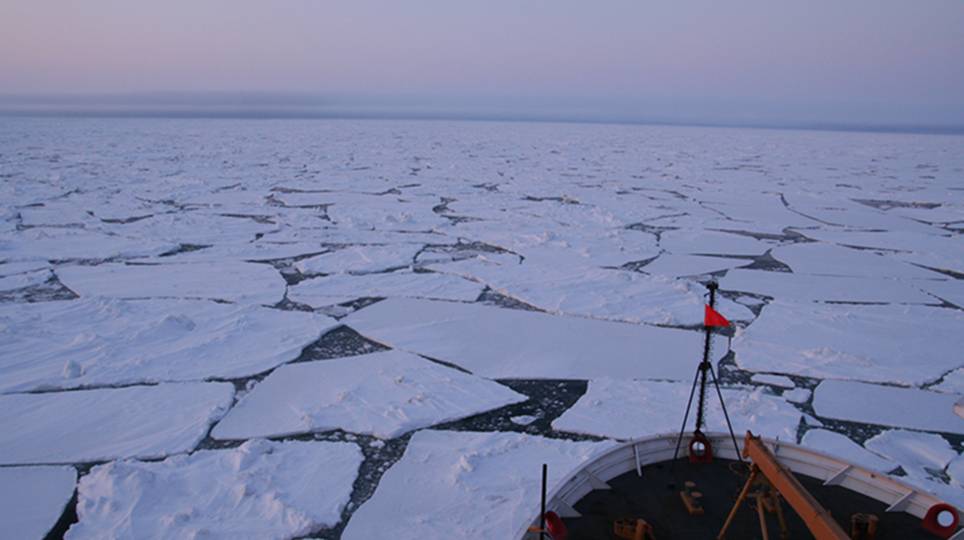 Global climate change is warming the Arctic, melting its icy cap and raising a host of questions about the ecological and climatological implications for this newly accessible sea. Some have suggested the open Arctic Ocean will experience a plankton population boom and a burgeoning ecosystem, but a team of Princeton scientists say that’s not likely.

As the North Pole, the Arctic Ocean and the surrounding Arctic land warm rapidly, scientists are racing to understand the warming’s effects on Arctic ecosystems.

With shrinking sea ice, more light reaches the surface of the Arctic Ocean. Some have predicted that this will lead to more plankton, which in turn would support fish and other animals.

Not so fast, says a team of scientists led by Princeton University and the Max Planck Institute for Chemistry.

They point to nitrogen, a vital nutrient. The researchers used fossilized plankton to study the history of sources and supply rates of nitrogen to the western and central open Arctic Ocean. Their work, detailed in a paper in the current issue of the journal Nature Geoscience, suggests that under a global warming regime, these open Arctic waters will experience more intense nitrogen limitation, likely preventing a rise in productivity.

“Looking at the Arctic Ocean from space, it’s difficult to see water at all, as much of the Arctic Ocean is covered by a layer of sea ice,” said lead author Jesse Farmer, a postdoctoral research associate in the Department of Geosciences at Princeton University who is also a visiting postdoctoral fellow at the Max Planck Institute for Chemistry in Mainz, Germany. This sea ice naturally expands during winters and contracts during summers. In recent decades, however, global warming has caused a rapid decline in summer sea ice coverage, with summer ice cover now roughly half that of 1979. 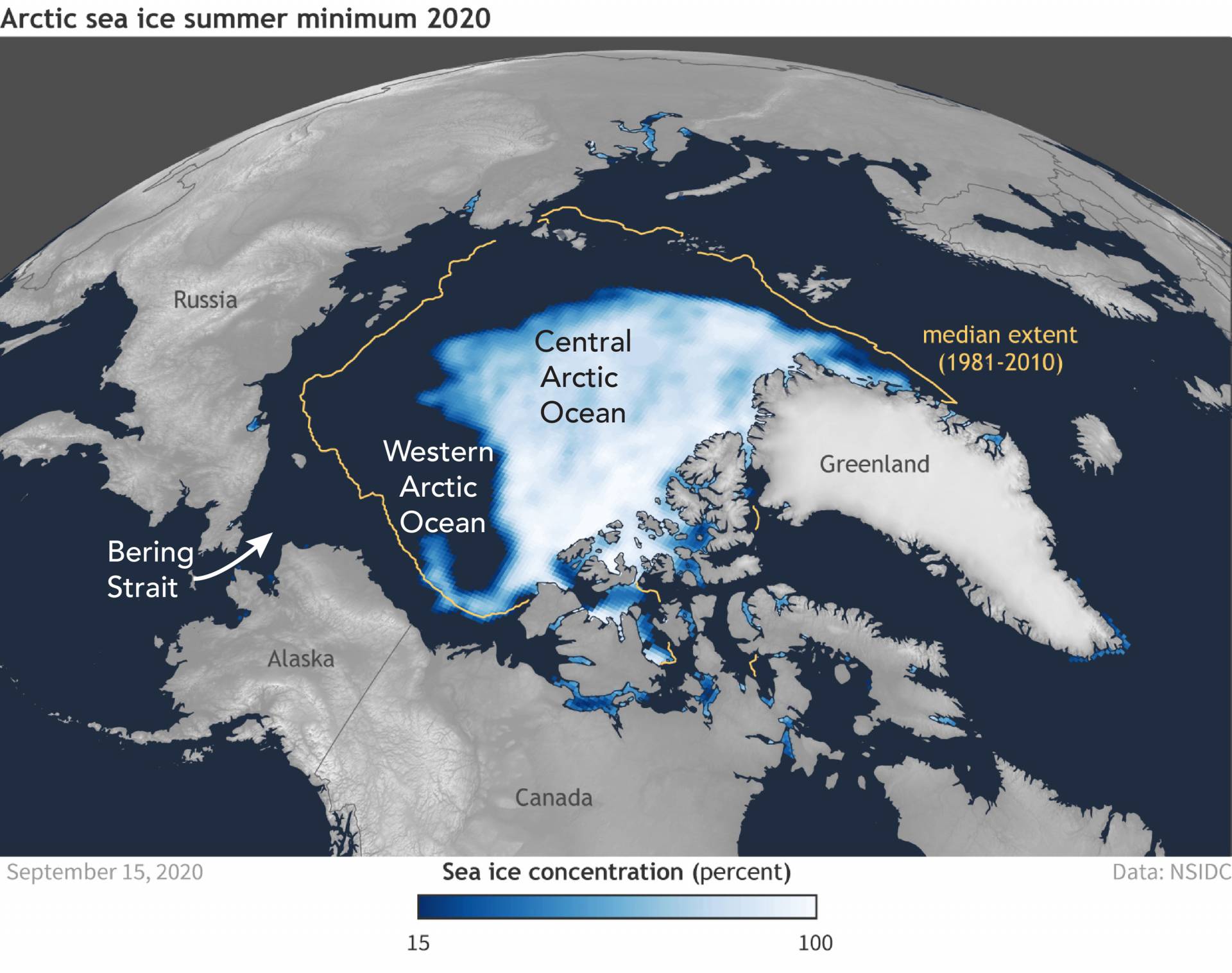 As the Arctic warms, its cap of floating sea ice is shrinking dramatically. The blue-white ice cap shows the coverage of sea ice at its smallest extent in summer 2020, and the yellow line shows the typical Arctic sea ice minimum extent between 1981 and 2010.

As sea ice melts, photosynthesizing plankton that form the base of Arctic food webs should benefit from the greater light availability. “But there’s a catch,” said contributing author Julie Granger, an associate professor of marine sciences at the University of Connecticut. “These plankton also need nutrients to grow, and nutrients are only abundant deeper in the Arctic Ocean, just beyond the reach of the plankton.” Whether plankton can acquire these nutrients depends on how strictly the upper ocean is “stratified,” or separated into layers. The upper 200 meters (660 feet) of the ocean consists of distinct layers of water with different densities, determined by their temperature and saltiness. 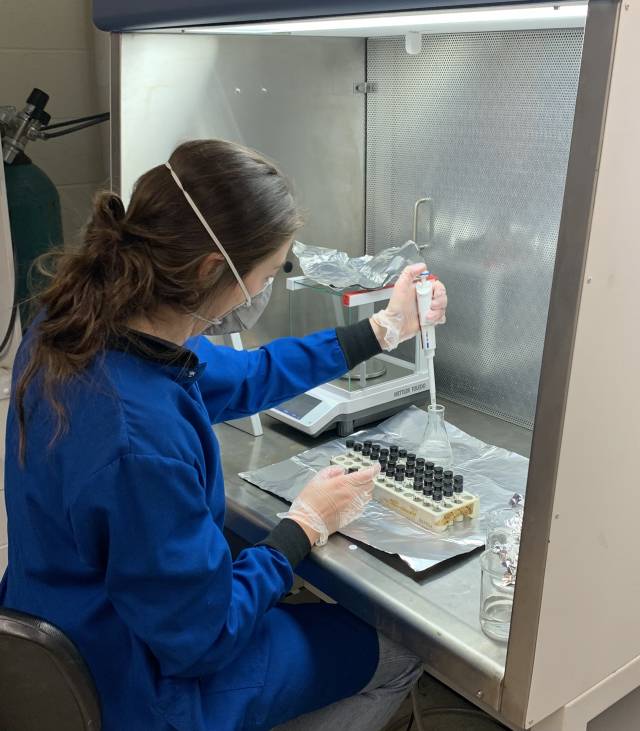 “When the upper ocean is strongly stratified, with very light water floating on top of dense deep water, the supply of nutrients to the sunlit surface is slow,” said Farmer.

New research led by scientists from Princeton University shows how the supply of nitrogen to the Arctic has changed since the last ice age, which reveals the history of Arctic Ocean stratification. Using sediment cores from the western and central Arctic Ocean, the researchers measured the isotopic composition of organic nitrogen trapped in the limestone fossils of foraminifera (plankton that grew in surface waters, then died and sank to the sea floor). Their measurements reveal how the proportions of Atlantic- and Pacific-derived nitrogen changed over time, while also tracking changes in the degree of nitrogen limitation of plankton at the surface. Ona Underwood of the Class of 2021 was a key member of the research team, analyzing western Arctic Ocean sediment cores for her junior project.

The Arctic Ocean is the meeting place of two great oceans: the Pacific and the Atlantic. In the western Arctic, Pacific Ocean waters flow northward across the shallow Bering Strait that separates Alaska from Siberia. Arriving in the Arctic Ocean, the relatively fresh Pacific water flows over saltier water from the Atlantic. As a result, the upper water column of the western Arctic is dominated by Pacific-sourced nitrogen and is strongly stratified. 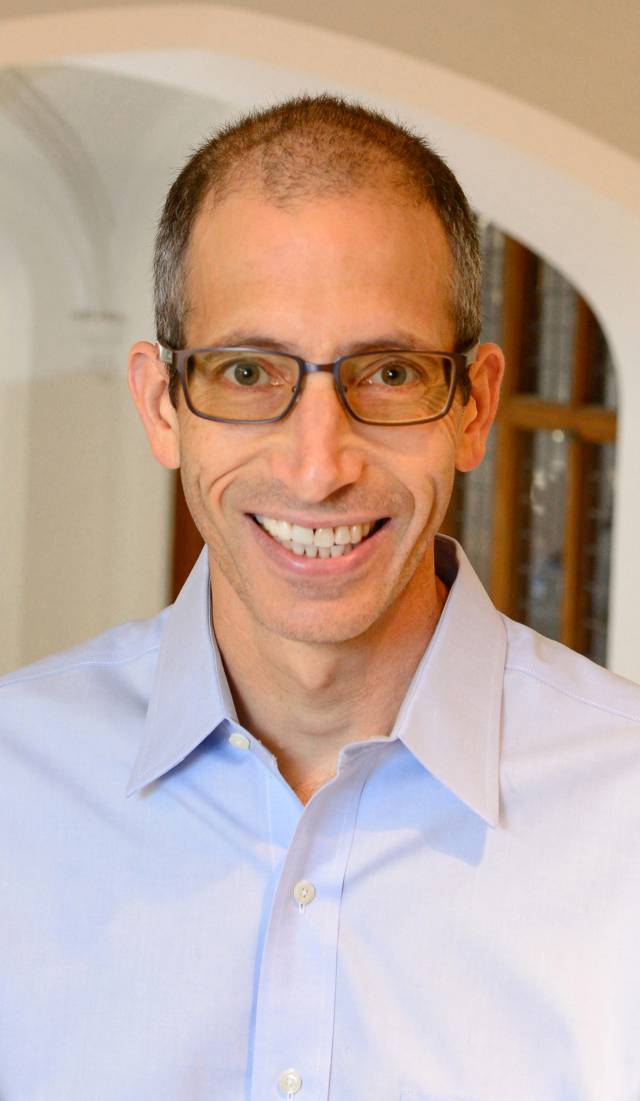 Daniel Sigman and his colleagues examined the history and supply rate of nitrogen, a key nutrient, and they concluded that the stratification of Arctic waters will prevent surface plankton from receiving enough nutrients to grow abundantly.

However, this was not always the case. “During the last ice age, when the growth of ice sheets lowered global sea level, the Bering Strait didn’t exist,” said Daniel Sigman, Princeton’s Dusenbury Professor of Geological and Geophysical Sciences and one of Farmer’s research mentors. At that time, the Bering Strait was replaced by the Bering Land Bridge, a land connection between Asia and North America that allowed for the migration of humans into the Americas. Without the Bering Strait, the Arctic would only have Atlantic water, and the nitrogen data confirm this.

When the ice age ended 11,500 years ago, as ice sheets melted and sea level rose, the data show the sudden appearance of Pacific nitrogen in the open western Arctic basin, dramatic evidence of the opening of the Bering Strait.

“We had expected to see this signal in the data, but not so clearly!” Sigman said. 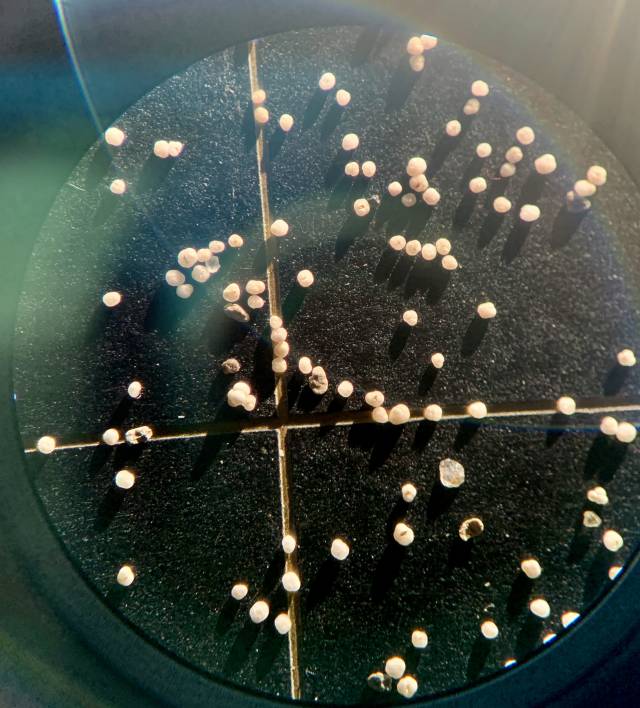 These fossilized foraminifera — plankton that grew in surface waters, then died and sank to the sea floor — have been magnified 30 times. The researchers measured the nitrogen isotope ratios of the trace organic matter trapped in the walls of these fossils to study how the Arctic Ocean has changed over time.

Heading eastward away from the Bering Strait, the Pacific-sourced water is diluted away, so that the modern central and eastern Arctic are dominated by Atlantic water and relatively weak stratification. Here, the researchers found that nitrogen limitation and density stratification varied with climate. As in the western Arctic, stratification was weak during the last ice age, when climate was colder. After the ice age, central Arctic stratification strengthened, reaching a peak between about 10,000 and 6,000 years ago, a period of naturally warmer Arctic summer temperatures called the “Holocene Thermal Maximum.” Since that time, central Arctic stratification has weakened, allowing enough deep nitrogen to reach surface waters to exceed the requirements of plankton.

Global warming is quickly returning the Arctic to the climate of the Holocene Thermal Maximum. As this warming continues, some scientists have predicted that reduced ice cover would enhance the productivity of Arctic plankton by increasing the amount of sunlight reaching the ocean. The new historical information acquired by Farmer and his colleagues suggests that such a change is unlikely for the open basin waters of the western and central Arctic. The western Arctic will remain strongly stratified due to persistent inflow of Pacific water through the Bering Strait, while the warming will strengthen stratification in the central Arctic. In both of these open ocean regions, slow nitrogen supply is likely to limit plankton productivity, the researchers concluded.