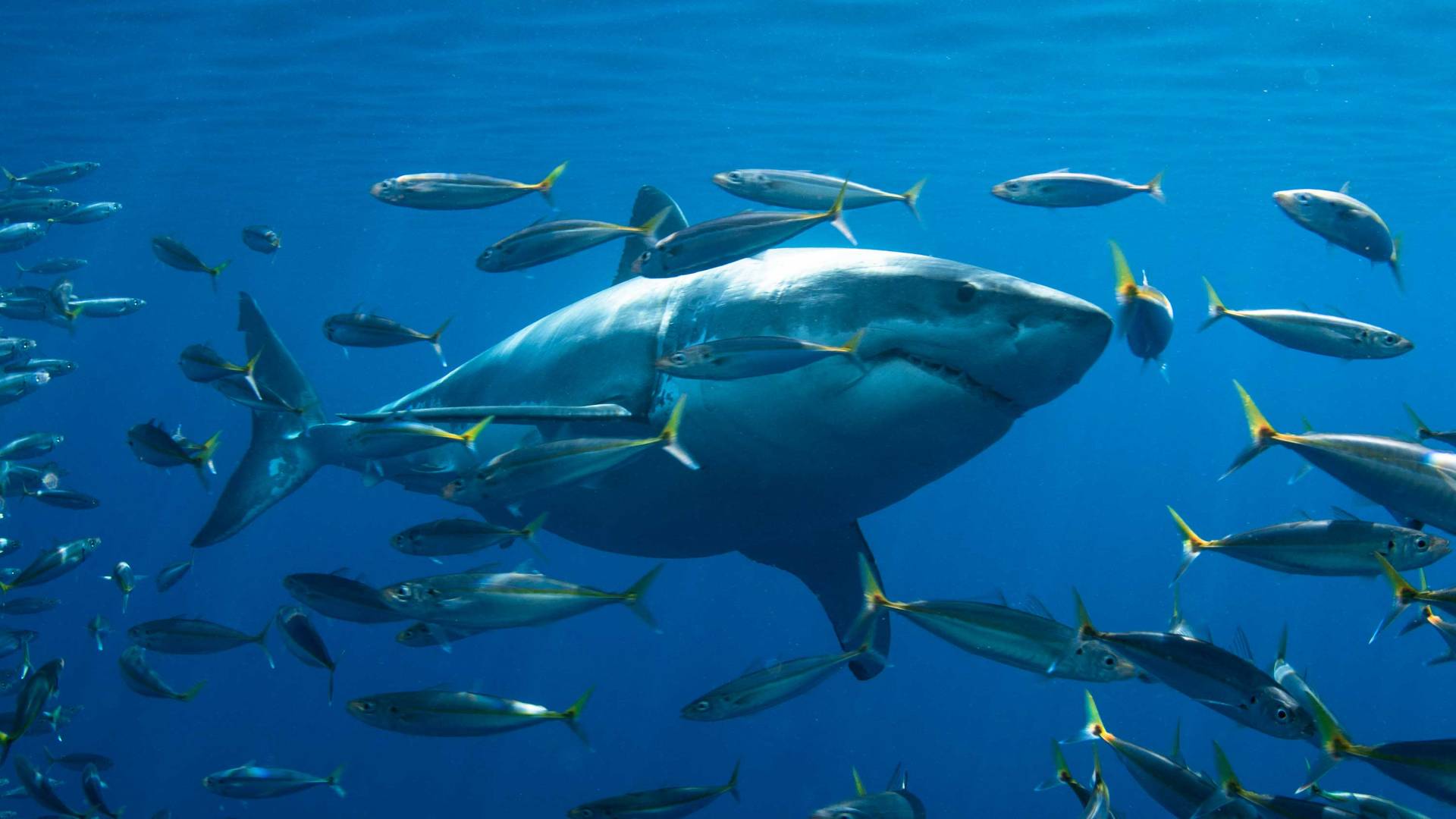 In the last 50 years, oxygen-deficient zones in the open ocean have increased. Scientists have attributed this development to rising global temperatures: Less oxygen dissolves in warmer water, and the tropical ocean’s layers can become more stratified.

But now, contrary to widespread expectations, an international team of scientists led by researchers from the Max Planck Institute for Chemistry and Princeton University has discovered that oxygen-deficient zones shrank during long warm periods in the past. 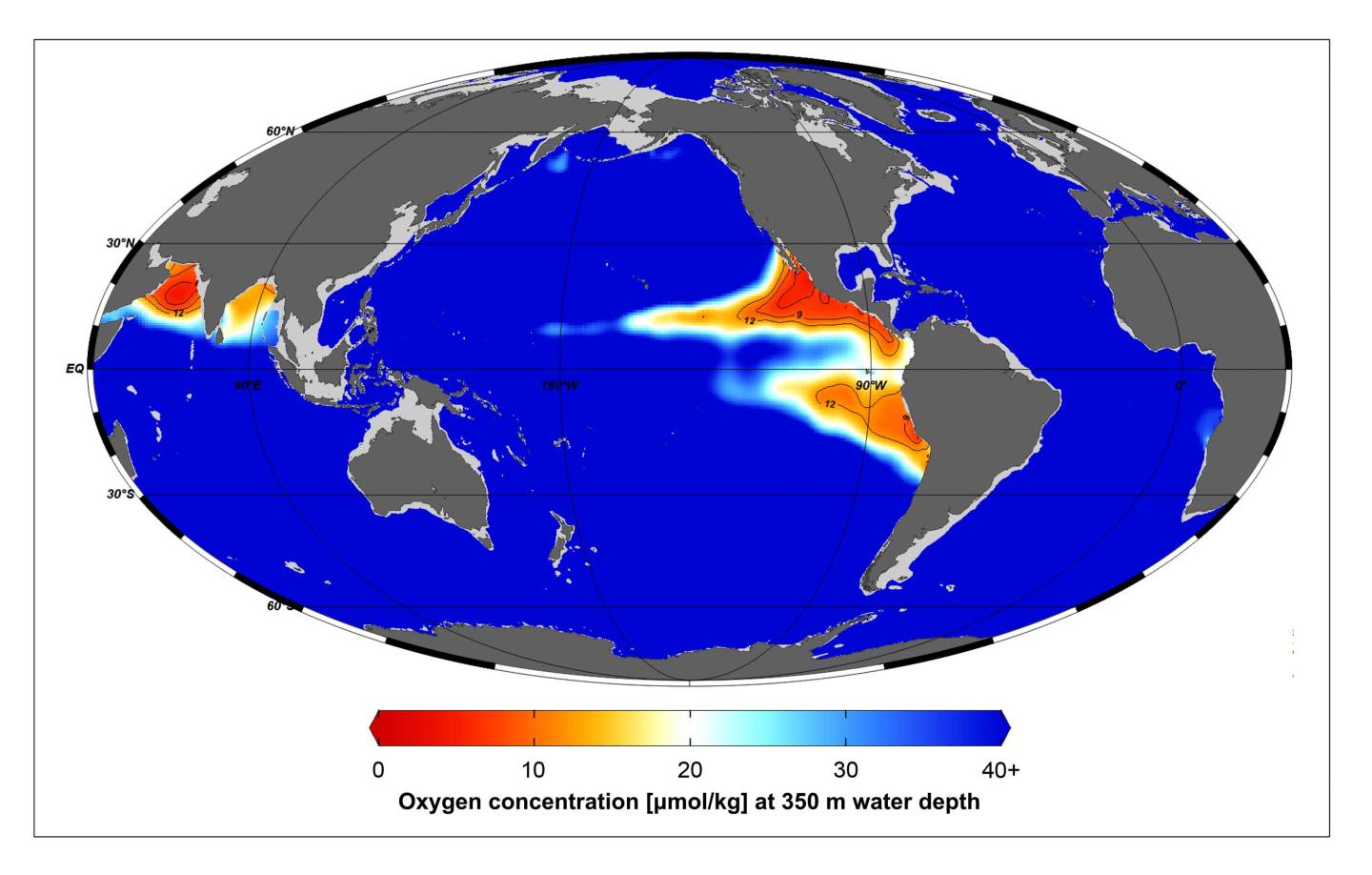 Oxygen-deficient zones (in red) shrank during long warm periods in the past, contrary to widespread expectations.

“We had not expected such a clear effect,” said Alexandra Auderset, first author of the new paper in the journal Nature and currently a visiting postdoctoral research fellow at Princeton University. She led the study with Alfredo Martínez-García at the Max Planck Institute for Chemistry in Mainz, as part of a longterm collaboration with Daniel Sigman's group at Princeton University.

Understanding these changes is important because “when oxygen becomes scarce, life has a harder time,” said Sigman, Dusenbury Professor of Geological and Geophysical Sciences. For example, in low-oxygen regions of the eastern Pacific and northern Indian Ocean, only specialized microbes and organisms with a slow metabolism — such as jellyfish — can survive.

The researchers made this discovery studying marine sediment archives. Drill cores can be used to determine past environmental conditions in a similar way to tree rings. Among other things, the sediment layers provide information about the oxygen content of the sea in the past. This is due to plankton such as foraminifera, which once lived at the sea surface and whose skeletons sank to the sea floor where they became part of the sediment.

During their lifetime, these zooplankton absorbed chemical elements such as nitrogen, whose isotope ratio in turn depended on environmental conditions: Under oxygen-deficient conditions, a process called bacterial denitrification occurs, in which bacteria convert the nutrient nitrate to molecular nitrogen. These bacteria prefer to absorb light isotopes of nitrogen instead of heavy ones, so the ratio shifts in periods when the bacteria were active in the oceans. Scientists can measure this to determine the extent of earlier oxygen-deficient zones.

The tropical Pacific Ocean was well oxygenated during past warm periods

Using nitrogen isotopes from foraminifera, the scientists from Mainz and Princeton showed that denitrification in the water column of the eastern tropical North Pacific was greatly reduced during two warm phases about 16 and 50 million years ago.

“We’ve worked for decades to develop the methods that allowed for these findings,” said Sigman. “And right away, the results are altering our view of the relationship between climate and the ocean’s oxygen conditions.”

It is not yet clear, however, what this means for the current expansion of the oxygen-deficient open ocean zones, said Auderset. “Unfortunately, we don’t yet know whether our finding of shrinking marine oxygen-deficient zones is applicable to the coming decades or only to the much longer term,” she said. “This is because we have to resolve whether short- or long-term processes were responsible for the change.”

Searching for the cause

One leading possibility for the decline in oxygen-deficient zones under warming involves a reduction in the upwelling-fueled biological productivity of tropical surface waters. A decline in productivity could have occurred because winds weakened in the equatorial Pacific under warmer climate.

In the current study, the authors also found that during the two warm periods of the Cenozoic — the mid-Miocene climate optimum about 16 million years ago and the early Eocene climate optimum about 50 million years ago — the temperature difference between high and low latitudes was much smaller than at present. Both the global warming and the weakening of high-to-low latitude temperature difference should have worked to weaken tropical winds, reducing the upwelling of nutrient-rich deep seawater. This, in turn, would have resulted in lower biological productivity at the surface and less sinking of dead algal organic matter into the deep ocean, providing less fuel for the oxygen consumption that produces oxygen-deficient conditions.

This chain of events can occur relatively quickly. Thus, if a similar change applies to human-driven global warming as well, then there could be a decline in the extent of open ocean oxygen deficiency in the coming decades.

Alternatively, the cause may lie in the Southern Ocean, thousands of kilometers away. During past prolonged warm periods, the exchange water between Southern Ocean surface waters and the deep ocean (“deep ocean overturning”) may have accelerated, leading to higher oxygen in the ocean interior as a whole and thus shrinking the low-oxygen zones. If stronger Southern Ocean-driven deep ocean overturning was the main cause of the shrunken tropical oxygen-deficient zones, then this effect would take more than a hundred years at earliest to come into play.

“Both mechanisms probably play a role,” said Martínez-García, a former visiting researcher in Sigman's research group. “The race is now on to figure out which mechanism is most important.”

“Keeping in mind our current uncertainties about the time scale of change, our findings have important implications for the future of ocean oxygen,” said Sigman. “Due to the lower solubility of oxygen in warm water, the global ocean’s surface waters are very likely to continue to decline, but our findings suggest that open ocean oxygen-deficient zones will eventually shrink. The net result will be an ocean with weaker spatial variation in oxygen than exists today, and this will affect ocean ecosystems.”

In coastal waters, enhanced oxygen deficiency can damage ecosystems and threaten human activities. However, the oxygen-deficient zones of the open ocean are fundamental to the Earth’s chemical and biological cycling. Moreover, if their shrinkage is caused by a reduction in tropical productivity, then the combined changes would likely be bad for the tropical ocean’s biological productivity and its fisheries. Given the complex cascade of effects associated with climatic changes, the researchers said, everything calls for efforts to limit human-driven warming.