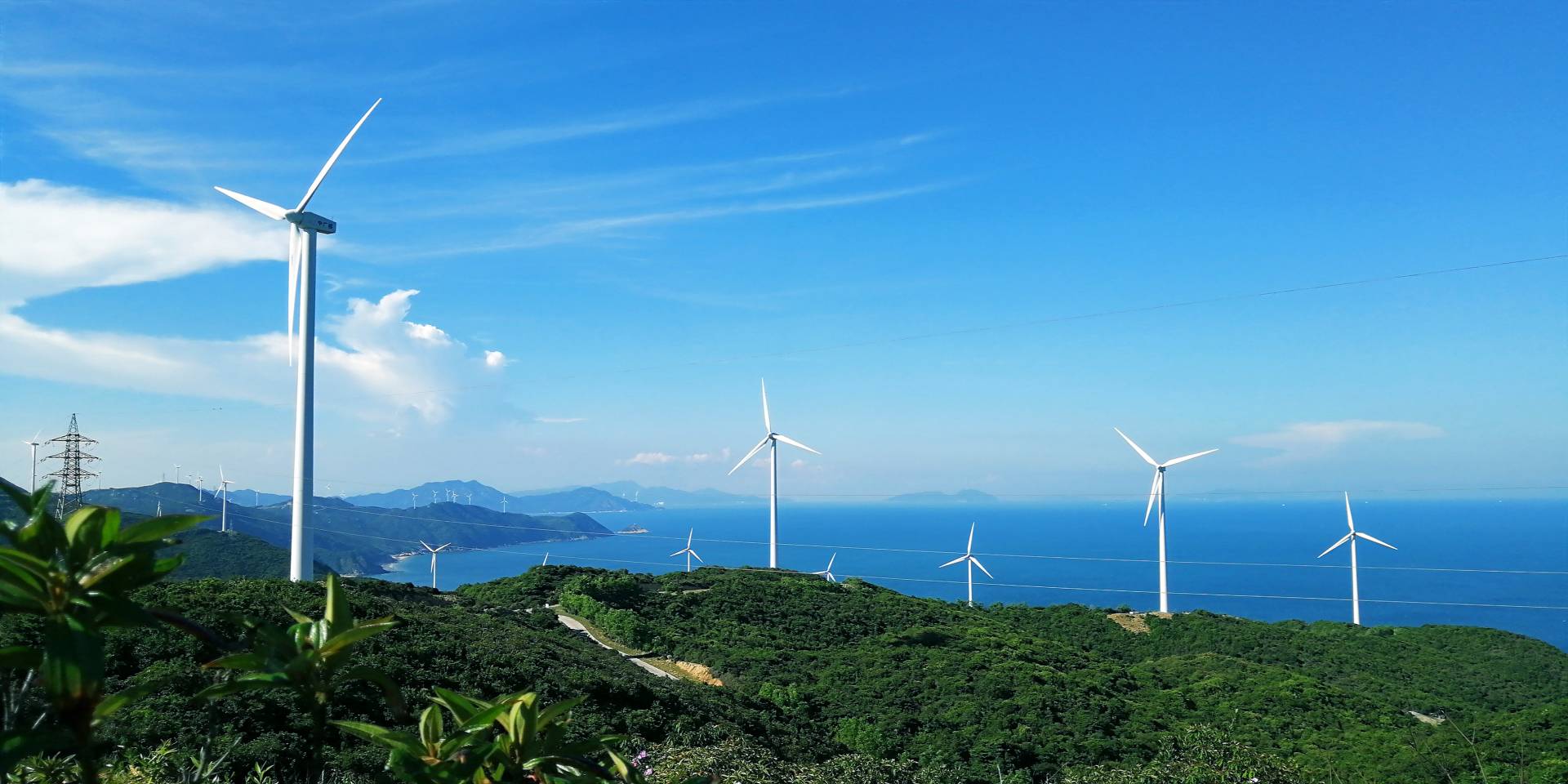 Research led by a team at Princeton University shows that wind speeds in northern mid-latitude regions have increased by roughly 7% since 2010, marking a reversal of the pattern of declining winds in these regions since the 1980s. The photo shows wind turbines in Ningbo, an area on China’s Pacific coast south of Shanghai.

In a boon to wind farms, average daily wind speeds are picking up across much of the globe after about 30 years of gradual slowing. Research led by a team at Princeton University shows that wind speeds in northern mid-latitude regions have increased by roughly 7% since 2010.

The findings mark a reversal of the pattern of declining winds in these regions since the 1980s — a phenomenon known as global terrestrial stilling. Focusing on regions of North America, Europe and Asia where wind power is on the rise, the researchers analyzed wind speed records collected between 1978 and 2017 from more than 1,400 weather stations. In a paper published Nov. 18 in Nature Climate Change, they showed that while wind speeds decreased by about 2.3% per decade beginning in 1978, since 2010 wind speeds have increased at a rate that is nearly three times faster.

The research, which looked only at regional averages, did not examine how the uptick in wind speeds might affect the severity of storms, which also has been increasing.

The team examined the potential causes underlying global terrestrial stilling and its reversal. While changes in urbanization and vegetation have been proposed as contributors to global terrestrial stilling, these trends have not reversed since 2010, said Zhenzhong Zeng, who led the study as a postdoctoral researcher working with Eric Wood, Princeton’s Susan Dod Brown Professor of Civil and Environmental Engineering, Emeritus.

The analysis showed that in each region of the globe, specific large-scale ocean-atmosphere oscillations, which are driven by many factors including the uneven heating of the Earth’s surface in different regions, were likely explanations for the observed trends in wind speeds.

Extending their findings to wind power generation, the researchers calculated that a typical wind turbine receiving the global average wind would have produced about 17% more energy in 2017 than in 2010. And using climate indices to project future wind speeds, they predicted a 37% increase by 2024.

Wind speed trends may account for much of the United States’ increase in wind energy production efficiency from 2010 to 2017, whereas technological innovations in wind turbines may have played a smaller role than is often assumed, said Zeng, who is now an associate professor at the Southern University of Science and Technology in Shenzhen, China.

“We predict that the increasing wind speed trend will continue for 10 years, but we also show that because this is caused by ocean-atmosphere oscillations, maybe a decade later it will reverse again,” he said. And since the lifespan of a wind turbine is usually 20 years at most, having reliable projections of wind speeds at particular locations could be crucial to making smart investments in wind power and increasing the global share of renewable energy.

“Knowing about possible downtrends in wind speeds in the longer term can indeed be very useful for planning of future wind power infrastructure,” said Charles Meneveau, a mechanical engineering professor at Johns Hopkins University who was not involved in the study. “This type of research, blending geosciences and engineering to elucidate phenomena of great societal significance, is timely and will increase our understanding of the close connections between climate and society.”

Southeast Asian forest loss much greater than expected, with negative implications for climate