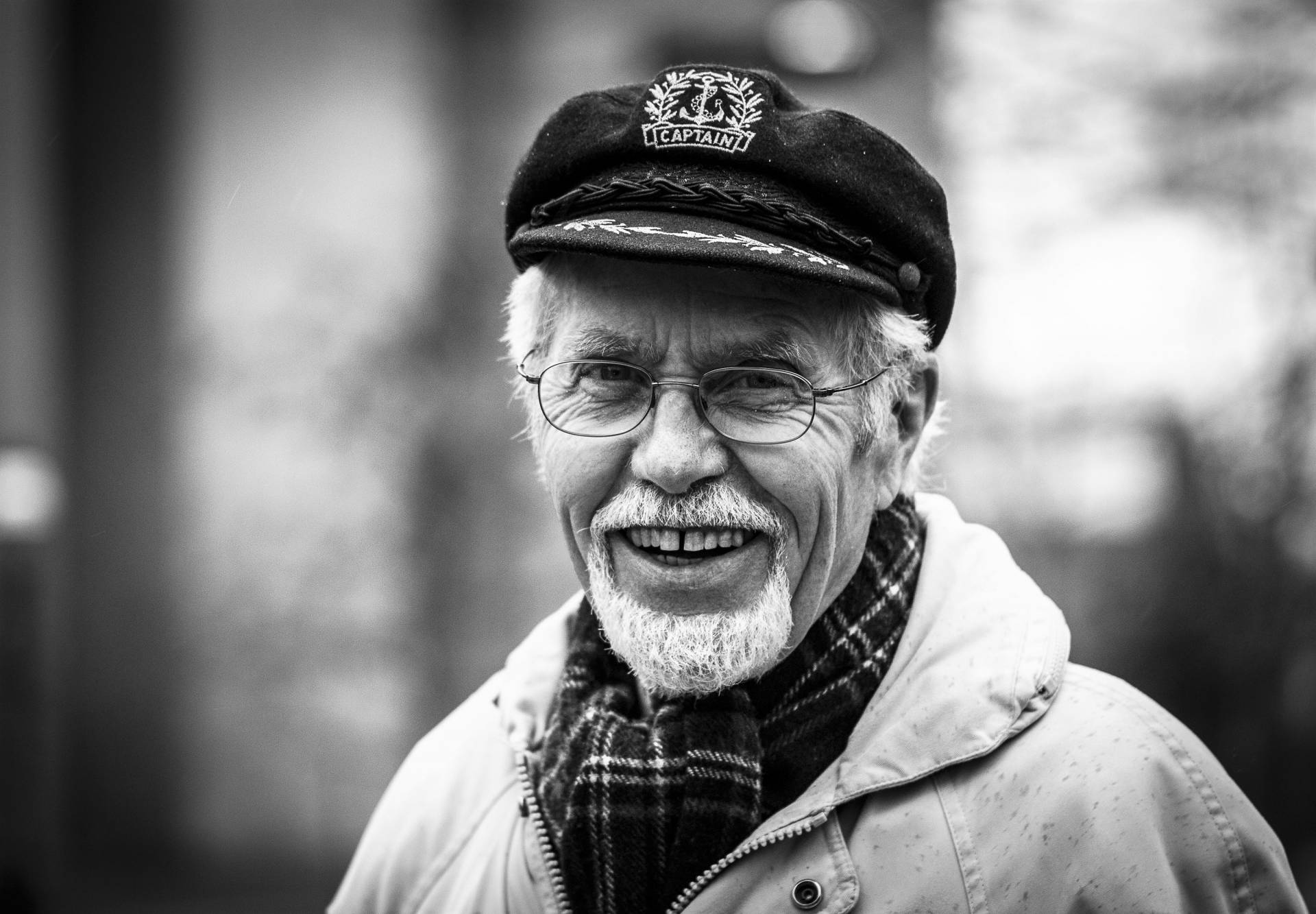 Pierre Piroué, a pioneer in experiments on particle physics, died Feb. 12 at Princeton Medical Center, New Jersey. He was 88.

Piroué was the Henry DeWolf Smyth Professor of Physics, Emeritus, at Princeton University. He became a faculty member in 1961 and transferred to emeritus status in 2001.

Piroué’s research focused on high-energy experimental physics, including conducting experiments under the sponsorship of the Department of Energy. He pursued research at Brookhaven National Laboratory, Berkeley Radiation Laboratory, Fermi National Laboratory and CERN, the European Organization for Nuclear Research. He published numerous articles for the Physical Review and other scientific publications.

Piroué was born on Sept. 18, 1931, in La Chaux-de-Fonds, Switzerland. He received his undergraduate degrees in chemistry and physics, as well as his doctorate in physics, from the University of Geneva.

Before joining the Princeton faculty, Piroué was a postdoctoral research associate with the Princeton physicist and Nobel laureate Val Fitch, who died in 2015. Piroué first conducted research at CERN as a fellow in 1960, six years after the organization was founded.

By 1970, Piroué was a full professor at Princeton and was becoming known internationally as an expert in fast electronics and particle detectors, and for leading large research teams. He was engaged in the work that allowed theorists to create a Standard Model of subatomic physics and gain understanding of the cosmology of the early universe. 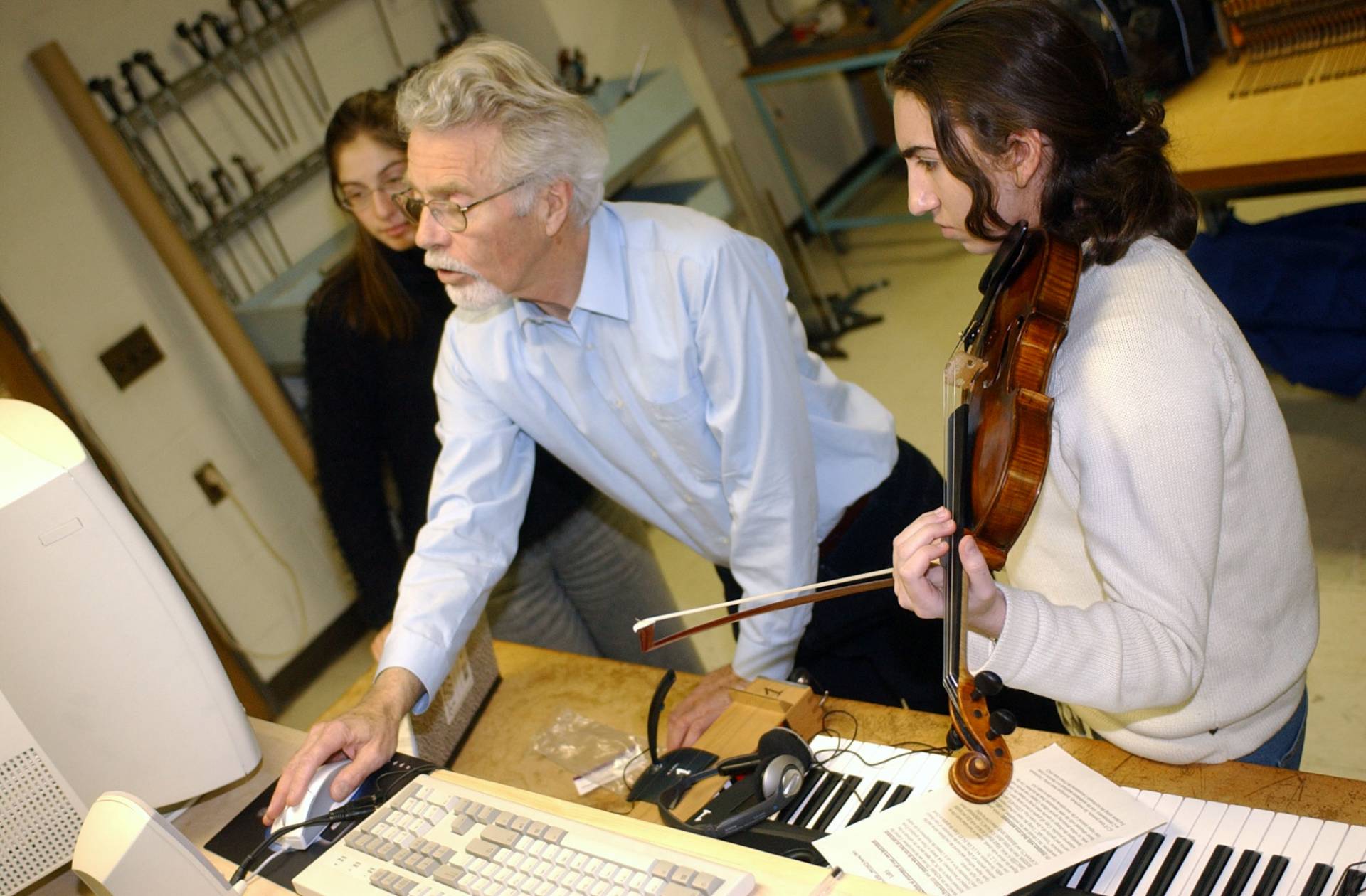 Pierre Piroué is shown in 2003 teaching the freshman seminar he created, “Sound, Music … and Physics.”

From early solo experimental work, Piroué’s last research collaboration was on the Compact Muon Solenoid (CMS) experiment at the CERN Large Hadron Collider outside Geneva, which involved more than 3,000 scientists.

In the early 1990s, he and his students began working on the Large Hadron Collider, the world’s largest and highest-energy particle accelerator that was largely built to prove or disprove the existence of the Higgs particle, which gives other particles their mass according to the Standard Model. In 2012, the CMS experiment was one of the two enormous particle detectors that spotted the Higgs boson.

A.J. Stewart Smith, chief external referee for construction of the CMS experiment and Piroué’s first Ph.D. student, said: "Pierre lived to probe the unknown and to create the new technologies required to make progress. Accordingly, his Princeton teams invariably took on the most challenging parts of his experiments, and came through with flying colors. To my colleagues and me he was an inspiration." Smith earned his Ph.D. from Princeton in 1966 and is the Class of 1909 Professor of Physics, Emeritus.

Professor of Physics Chris Tully, who earned his Ph.D. in 1998 and “may officially have been Piroué’s last student,” said: “In retirement, Pierre Piroué’s wisdom and advice continued to adorn and enlighten generations of students. … I so enjoyed sitting with him, discussing my students and research. He helped me discover the best I could be and my students, they loved him.”

In 2013, the Nobel Prize in Physics was given to Peter Higgs and François Englert, two physicists who, in separate 1964 papers, proposed the basis of the particle’s existence, the Higgs mechanism. On a larger scale, the prize pointed to the legion of scientists — thousands — involved in this work spanning more than 50 years.

About the prize, Piroué noted in 2013 that Princeton contributed to the long hunt for the Higgs in many ways, highlighting the University’s strengths in software and detector development, data analysis, and luminosity systems that monitored the rate of particle collisions. “The contribution of Princeton at the LHC and CERN was quite substantial,” Piroué said.

“Pierre was very proud of the Princeton CMS group, and thrilled that its future is in good hands with Dan Marlow, David Stickland, Chris Tully, Jim Olsen, Peter Elmer and Isobel Ojalvo,” stated a message sent to CMS researchers about Piroué’s death. “We owe him a great debt of gratitude for the support and motivation he gave us — he will be sorely missed.”

Beyond his research, Piroué was also a highly regarded teacher, and was particularly known for his success in teaching one of the largest introductory courses in the physics department, leading to top ratings with students. “He performed this miracle by combining a latent acting talent with great organization and discipline,” noted a colleague. “His lectures were simply great, and the course ran like a Swiss watch.”

Piroué’s creativity as a teacher continued to flourish after retirement, notably through the freshman seminar he developed, “Sound, Music … and Physics.” In it, he used music as a means to introduce first-year students to physical laws behind topics such as sound waves a violin makes — and the birth of stars.

Piroué, who learned to play the piano as a child, said that the analysis of waves, whether sound or light, is one of the most fundamental of all scientific techniques. "Most of what we know about the universe is due to electromagnetic waves and what we get when we study the spectra from galaxies and stars," he said.

Along with having a musical ear, Piroué also was a talented skier and tennis player, and his friends remember the joys he had returning to the Swiss Alps to ski and to his enthusiasm for any opportunity to get behind the tennis net.

Piroué is survived by his wife, Marianne; son, Olivier; daughters-in-law Teresa and Beverly; and two grandchildren. His older son, Nicolas, predeceased him.

View or share comments on a blog intended to honor Piroué’s life and legacy.