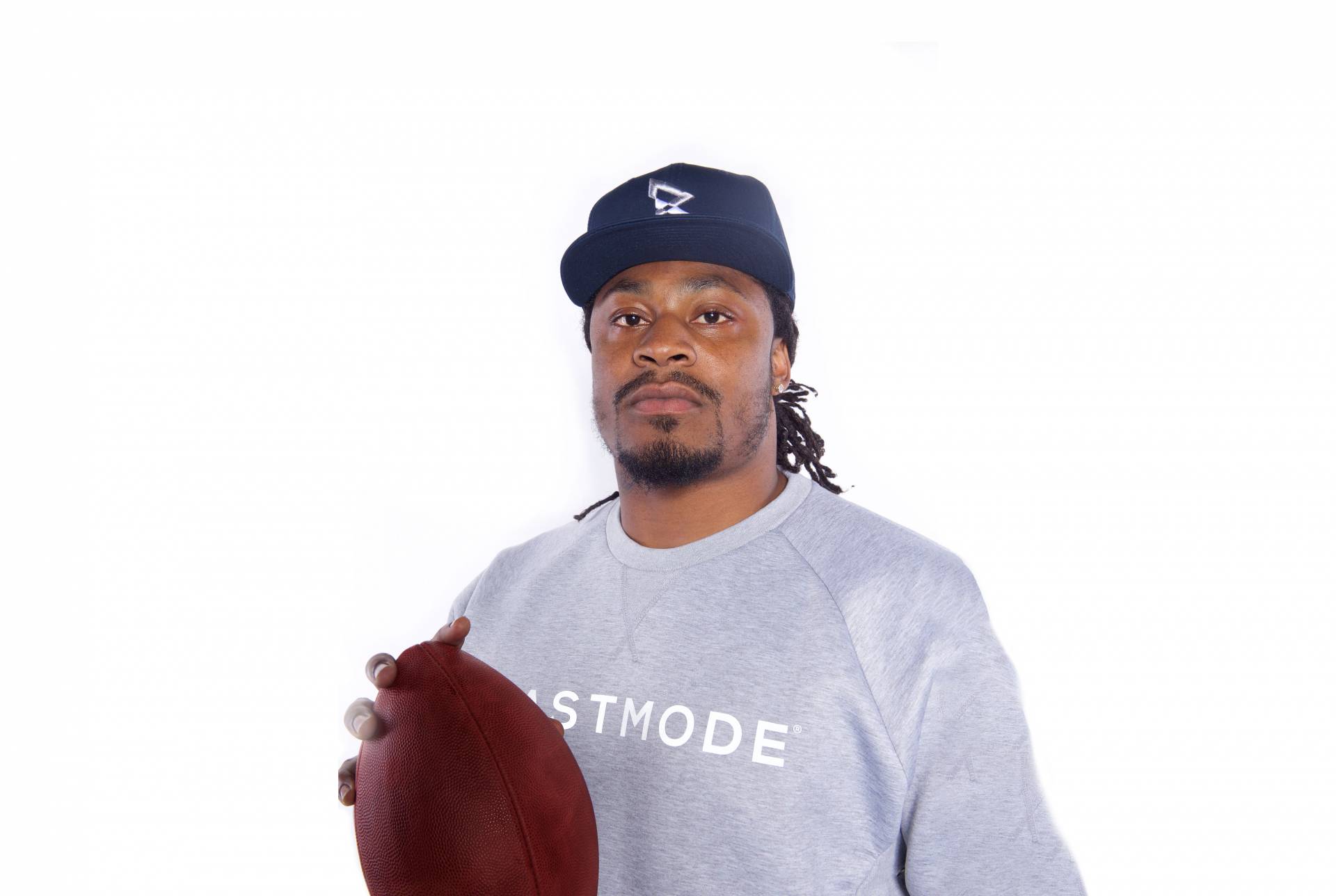 Super Bowl-winning running back Marshawn Lynch, who is known for his community service and social justice work, has been selected to speak at Princeton’s Class Day on Monday, June 1.

Class Day, which takes place the day before Princeton’s Commencement, is organized by members of the senior class. The ceremony includes remarks by graduating seniors, the recognition of class members for their contributions and the induction of honorary class members.

Lynch’s 12-year career in the National Football League includes a 2014 Super Bowl win and five Pro Bowl appearances. In addition to his career with the Seattle Seahawks, Lynch has played for the Buffalo Bills and Oakland Raiders (now Las Vegas Raiders).

“Mr. Lynch’s sustained professional excellence is not the only reason we are excited to have him serve as our Class Day speaker. His substantive work in communities stands alongside his on-field success,” the students said. “Our goal was to invite a speaker who embodies the various experiences we have shared as a community during our Princeton tenure; someone whose professional and personal passions speak to the service-focused and intellectually rigorous interests core to the University.”

Lynch grew up in Oakland, California, and attended the University of California, Berkeley.

He has dedicated resources to the community of Oakland through various philanthropic projects.

Through Fam1St Family Foundation, Lynch has helped provide access and leadership opportunities for underserved youth in the Bay Area. In 2018, he helped launch a Phones for the Homeless initiative, which purchased smartphones and service for 3,000 people facing homelessness on the West Coast.

“Before we began the selection process, the Class Day Committee reflected deeply on shared values and variety of experiences of the Class of 2020 and our time at Princeton,” Haynes said. “We ultimately wanted to prioritize a speaker that moved beyond rhetoric in their personal and professional lives, but actively integrated their values into their practice. With those considerations, I could not think of a better speaker than Marshawn Lynch.”

Lugardo said Lynch has an important personal story to share with Princeton students.

"We wanted a Class Day speaker who unapologetically embodied and advocated for our own identities and values,” Lugardo said. “Being a first-generation, low-income student was the source of my greatest challenges and successes at Princeton, and it's an identity I can't imagine disappears after graduating. So, I'm grateful to have Marshawn Lynch, having completed his journey as a first-gen student-athlete at [Berkeley], speaking at Class Day.”

The students described in their email how Lynch’s community work includes organizing football clinics around Oakland and in locations including Brazil and Egypt. Lynch has used his business ventures for social good, such as his partnership with start-ups like the micro-mobility company Lime to explore ways in which industry can better serve communities in need.

Lynch also led a summit at SXSW in Austin, Texas, to celebrate students from historically black colleges and universities (HBCUs) who earned distinction in technological development and entrepreneurship.

“From his stops in the Bay Area, to Buffalo, to Seattle, Mr. Lynch has always prioritized community engagement and empowerment by leveraging his prominence as a professional athlete to promote opportunities for civic engagement and social justice,” Haynes, Lugardo and Visser said.

The students noted their senior year coincides with the 150th anniversary of college football, as well as other milestones in Princeton’s history.

“We have learned to challenge Princeton to grow as an intellectual and ethical institution, just as it has challenged us to grow intellectually and ethically as people,” Haynes, Lugardo and Visser said in their email to the Class of 2020. “Indeed, our time together comes to a close as Princeton admits its most diverse class in history, reflecting a renewed focus on increasing admission and support for first-generation, low-income students.”

The students said they are excited to hear Lynch’s thoughts on the positive impact seniors can make after graduation.

“After all, Mr. Lynch’s career on and off the field touches on so many of our varied Princeton experiences and reflections; he aptly embodies [Princeton’s] informal motto, ‘In the nation’s service and the service of humanity,’” the students said.