by the Department of Ecology and Evolutionary Biology

Robert M.  “Bob" May, Lord May of Oxford, O.M., who was a leading researcher, mentor and administrator at Princeton for more than 15 years, passed away at the age of 84 in Oxford, U.K., on April 28, after a long illness. “Bob” May had a huge influence at Princeton, from the day in 1972 when he first met with Robert MacArthur through to his departure to Oxford in 1988, where he became a Royal Society Professor.

May had visited MacArthur while he was a visitor at the Institute for Advanced Study, working on problems in physics; they soon began a collaboration; and after a brief return to Australia, May was hired at Princeton to be a colleague of MacArthur and others; but sadly in effect became MacArthur’s replacement after the latter’s untimely death. 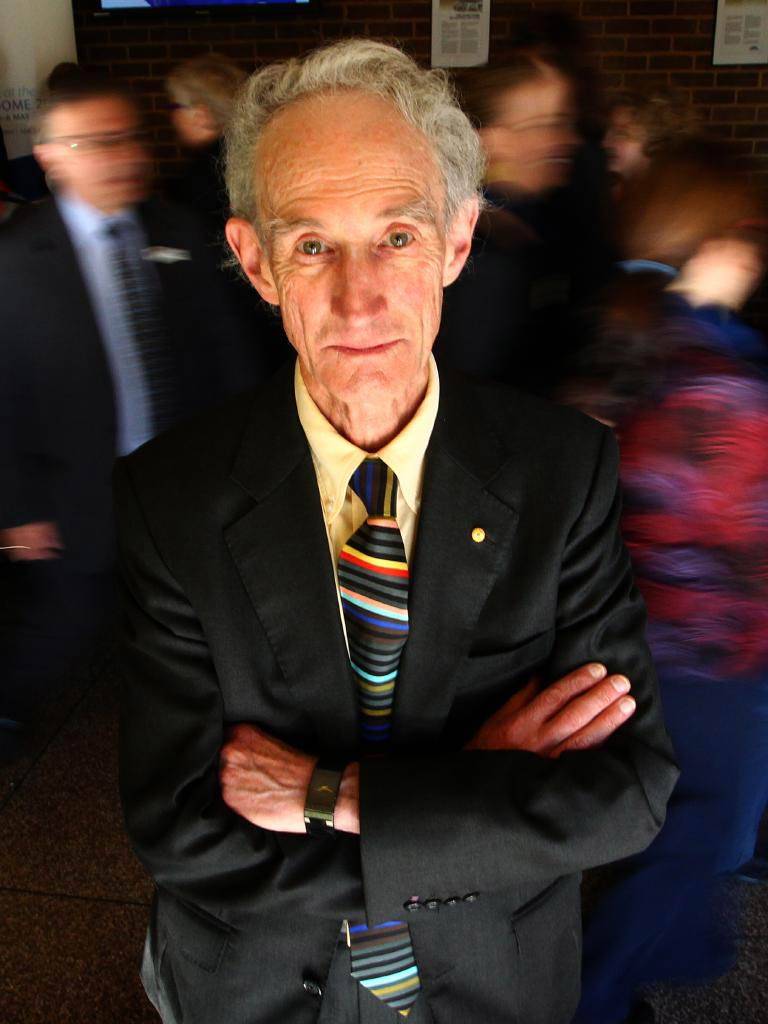 May had become very interested in biological problems after talking with the famous ecologist L.C. Birch in Australia, and both Birch and Freeman Dyson had suggested he talk with MacArthur about whether he should change fields and become a theoretical ecologist. It would be fair to say that he went beyond just changing fields, and personally led in the development of the theory that now underpins modern ecology and provides humanity with indispensable tools to address 21st-century problems ranging from biodiversity loss to epidemic disease to climate change.

May’s first work at Princeton focused on understanding the relationship between the stability of ecosystems (collections of interacting species) and diversity of species. In a simple, but elegant, proof he showed that the stability of an ecosystem as measured by the maintenance of an equilibrium should decrease as species diversity increased. This completely overturned conventional ecological wisdom that large, species-diverse ecosystems would be stable in terms of species abundances. And as Bob occasionally remarked it made it challenging to understand why the world outside his window, or in the Institute Woods, continued to persist.

Understanding the relationships between the various perspectives set a major agenda for ecologists over the next 30 to 40 years. Bob outlined his theory in his path-breaking book “Stability and Complexity in Model Ecosystems,” an early volume of the series he co-edited for Princeton University Press. It is a book that can still be read productively today, full of insights, eloquence and a guide for thinking about natural history from a quantitative dynamic perspective.  In an immensely influential paper, Bob also showed how chaotic behavior could arise deterministically in simple ecological models. He and the British scientist Roy Anderson then followed with a series of fundamental papers and a textbook that has become the bible for those working on the modeling of infectious diseases, extending his influence to another area and bringing it into the sphere of ecological research.

Bob was originally from Sydney, Australia, attending both Sydney Boys High School and University of Sydney, where his classmates included Robert Hughes, James Wolfensohn, Germaine Greer and Clive James — Bob often remarked that the first volume of James’s autobiography, “Falling towards England,” was uncannily close to his own childhood in Sydney. Following his Ph.D., May went to Harvard as a post-doctoral fellow  in 1960 in superconductivity and theoretical physics, before moving to the Center for Advanced Study.  While at Harvard he met Judith Feiner on a blind date that led to their long and happy marriage.

May embraced life at Princeton with the zeal and gusto he bought to everything he did. He totally adopted ecology as his discipline, writing a series of keystone papers and editing the textbook “Theoretical Ecology” that laid out the many environmental problems that would benefit from a quantitative approach.

He also took over the co-editorship with the late Henry S. Horn of the influential Princeton University Press' “Monographs in Population Biology.”

May mentored everyone from undergrads, graduate students and postdocs to colleagues and members of the administration. He reveled in teaching and co-taught introductory biology, balancing the traditional chemistry, developmental and physiologically based syllabus with evolutionary-ecological theory.  He relished working with empiricists, infusing their studies with theory that often shed new light on old problems.

He became chair of the University Research Board, where he was most proud of his successful argument to maintain a cap on the rate of overhead added to research grants. This ultimately saved Princeton many millions  of research dollars when other less abstemious institutions fell afoul of new rules for research funding and had to repay a significant fraction of the excessive overhead they had accrued. He also took particular delight in the Zero parking sticker conferred on him for this position, which allowed him to park directly outside his office and next to the tennis courts for his early morning tennis games with fellow physicists and mathematicians Sam Treiman, Si Kochen and others naïve enough to underestimate Bob’s competitive nature. Parking his red BMW as close as possible to where he needed to be allowed Bob maximum time for the multiple tasks he undertook every day, from solving problems with an elegant fountain pen on yellow sheets of legal paper, through his continual dictation of a voluminous correspondence. Once he moved to Oxford, his racket indulgence expanded obsessively to include the archaic sport of “real tennis.”

In 1974, Bob was invited to visit Silwood Park in England by Sir Richard Southwood, then chair of Imperial College’s Zoology Department. It led to a series of collaborations that transformed the quantitative study of ecology. Bob and Judith took to spending their summers in England, initially working with Michael Hassell developing models for insect predator-prey systems, then with John Beddington on models for fisheries and Arctic whaling communities.

By sponsoring graduate students from Princeton to spend summers at Silwood Park, Bob sought to internationalize and diversify science in the younger generation. The social highlight of these annual monthly visits was the walks that Bob organized initially for weekends in the English and Welsh mountains, and eventually for weeks to most of the European mountain ranges. The walks provided all who attended multiple opportunities to talk about theoretical ecology, to gossip, and to plot each other’s careers.

It was during these visits that Bob met Roy Anderson and they discussed examining parasites as a special case of predator-prey relationship. The collaboration quickly developed and within a couple of years they had developed the core of a major body of theory that is central to our understanding of the dynamics of infectious diseases and their control. The culmination of this was the massive volume on “Infectious Disease of Humans” (1992) written in a month at the Rockefeller Center in Bellagio, Italy.  The work was written at a time when HIV was emerging as the etiological agent of AIDS and they spent a considerable amount of time developing models that provided key understanding for how HIV spread and might be controlled.

Bob’s interest in how science influences policy was given full expression when he was offered the post of the UK’s Government Chief Scientist. He relished his time in this position as it coincided with key developments in climate change and the agreements that led up to the Paris Climate Treaty.

Bob stepped down as Government Chief Scientist and became president of the Royal Society, an office where he could again use his phenomenal ability to perceive and execute vital changes in management that led to significant changes in efficacy. Bob’s thinking was always ahead of the curve and his insights helped sculpt British Science and its role in shaping society.

Bob received many other honors from the UK: a knighthood and life peerage and — a special honor — a member of the Order of Merit. He was also President of the British Ecological Society, and recipient of both the Blue Planet Prize and the Swedish Academy’s Crafoord Prize, which he bestowed upon Princeton to help support a rising theoretically oriented graduate student in evolutionary ecology.  He was also awarded the Royal Society’s Copley Medal, its oldest and most prestigious award given annually for outstanding achievements in research in any branch of science, and was an International Member of the U.S. National Academy of Sciences.

He continued to visit Princeton colleagues and friends on almost an annual basis until his declining health made that impossible, and received an honorary degree along with President Bill Clinton at Princeton’s 250th anniversary in 1996.  Towards the end of his career he become interested in finance and wrote several insightful and important papers on the mechanisms that led to the financial crash of 2008, and on ways to reduce the possibilities of recurrence. Right to the end he treasured his old and new colleagues alike.

He is survived by his wife, Judith, and their daughter, Naomi.