Since his selection as Princeton’s first black valedictorian, Nicholas Johnson has spoken eloquently about the importance of role models and mentors to his success at the University.

On Wednesday, June 3, Johnson explored this topic in greater depth during a panel titled  "The Power of Mentors: Blazing Paths for Underrepresented Minorities in STEM," along with Princeton alumni Professor William Massey, Class of 1977, the Edwin S. Wilsey Professor of Operations Research and Financial Engineering; Dr. Marian Croak, Class of  1977, vice president of engineering at Google; and Professor Kim Pearson, Class of 1978, of The College of New Jersey. 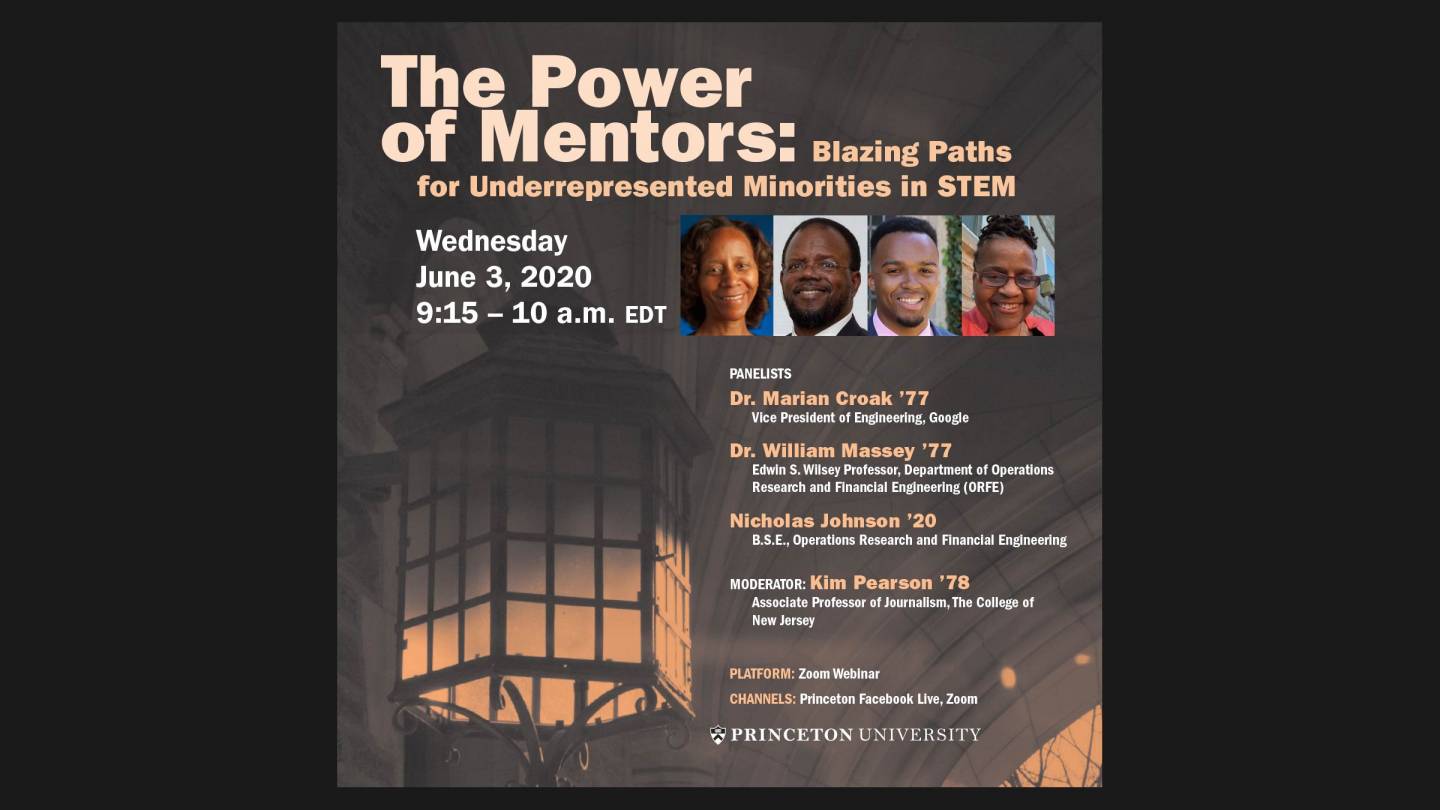 At the outset of the conversation, Johnson addressed the importance of the mentorship conversation amid nationwide protests against racial injustice.

"I do think that it is really important, particularly in these times, for all people to engage in critical conversations and reflect very deeply about what we are seeing in the world and how we can do our best, play our role, to ensure that change does occur, and do our best to work towards creating solutions to these problems,” Johnson said. “And I think that mentors are valuable people in an individual's life to have to engage in these conversations."

Johnson has previously spoken about his STEM research and senior thesis on the "We Roar" podcast and spoke broadly about his Princeton experience in his valedictory address during Princeton's virtual Commencement.